Italy's newest star has his first trophy. One week after announcing his arrival in Rome, Lorenzo Musetti celebrated his maiden title on the ATP Challenger Tour.

Musetti was a force all week in Forli, culminating in a 7-6(2), 7-6(5) win over World No. 89 Thiago Monteiro on Saturday. It was a magical week for the Italian teen, who lifted his first piece of silverware in emphatic fashion.

You May Also Like: Challenger First-Time Winner Spotlight: Lorenzo Musetti

"It's amazing to win here in Italy," said Musetti. "I played against many Top 100 players, but the key was to build on my week in Rome. I was nervous today and I managed the pressure well. I think I played a really good match. It was not easy, but I focused on every point and single detail that makes the difference."

As he ripped a forehand winner into the corner, a relieved Musetti tossed his racquet to the clay and dropped his hands to his knees. A fist pump to his coach Simone Tartarini confirmed it. The 18-year-old was a Challenger champion for the first time.

Dictating from the baseline and making Monteiro work for every point, Musetti triumphed after one hour and 58 minutes. The victory marked the conclusion of a stunning week for the La Spezia native, who reeled off four straight Top 100 wins to take the title. He is the youngest to defeat four Top 100 players at a Challenger tournament since 2000 and the highest-ranked to do so since Alberto Martin in 2007. In fact, Musetti entered last week's ATP Masters 1000 event in Rome without a Top 100 victory to his name, but in the span of 12 days he claimed six such victories. 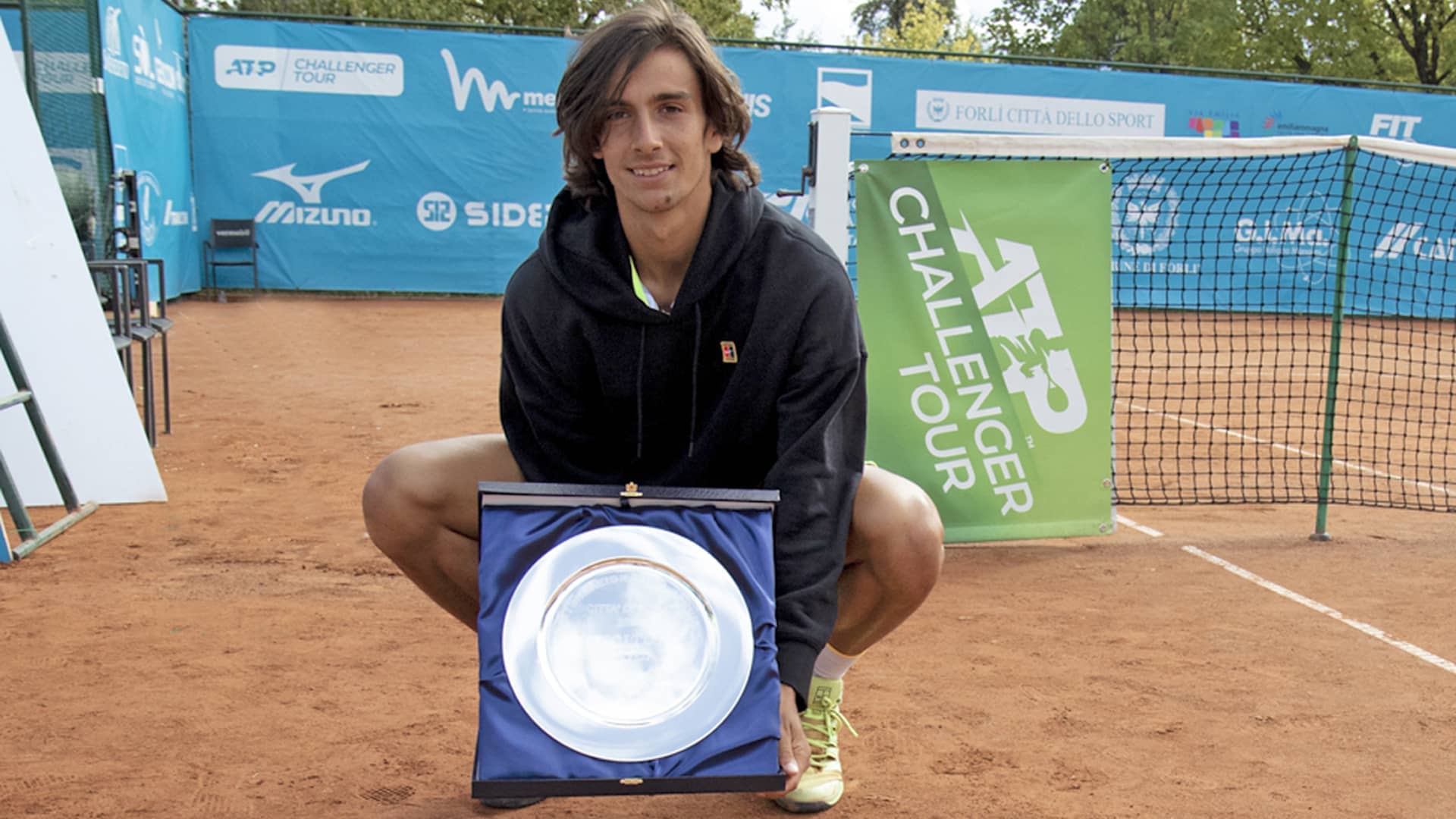 Musetti is the fifth-youngest Italian champion in Challenger history. Only Jannik Sinner's three titles in 2019 and Stefano Pescosolido's triumph in Parioli in 1989 came at a younger age. At the age of 18 years and six months, he is also the third teenage titlist this year, joining a 17-year-old Carlos Alcaraz and a 19-year-old Tomas Machac.

Musetti, who is projected to rise more than 40 spots to a career-high inside the Top 150 of the FedEx ATP Rankings, is in the midst of a two-week run he'll never forget. At the Internazionali BNL d'Italia, he upset Stan Wawrinka and Kei Nishikori, en route to the Round of 16. His ATP Tour debut was his long-awaited breakthrough and he would carry the momentum to Forli.

Victories over Frances Tiafoe, Andreas Seppi, Lloyd Harris and Thiago Monteiro have Musetti soaring as he hurtles towards the Top 100. From outside the top 400 one year ago to becoming one of the hottest players on the planet in 2020, the rise continues for the teen.