ATP Staff
This article contains:
Pair will compete in Milan for the second consecutive year

Lorenzo Musetti and Holger Rune have qualified for the Intesa Sanpaolo Next Gen ATP Finals, to be held in Milan from 8-12 November. They both will compete at the 21-and-under season finale for the second consecutive year.

Twenty-year-old Musetti and 19-year-old Rune guaranteed their spots Friday by advancing to the semi-finals of the Sofia Open. They will become the fourth and fifth players to play in the Intesa Sanpaolo Next Gen ATP Finals in consecutive years, joining Andrey Rublev, Alex de Minaur and Frances Tiafoe.

Musetti claimed his first ATP Tour title this July at the ATP 500 event in Hamburg. The Italian saved two match points against Dusan Lajovic in the first round before stunning then-World No. 6 Carlos Alcaraz in a thrilling three-set final.

Musetti also defeated then-World No. 9 Felix Auger-Aliassime in Monte Carlo and 2021 Nitto ATP Finals qualifier Hubert Hurkacz in Rotterdam. The 6’1” righty reached a career-high No. 30 in the Pepperstone ATP Rankings on 1 July.

"It was my goal this year to play in front of a home crowd again and to be a better player compared to last year and to try and lift the trophy," Musetti said. "I am happy I qualified for this really important event and I am happy to be there. It is always special to play in your country, so I hope the crowd will give me extra for my winning chances." 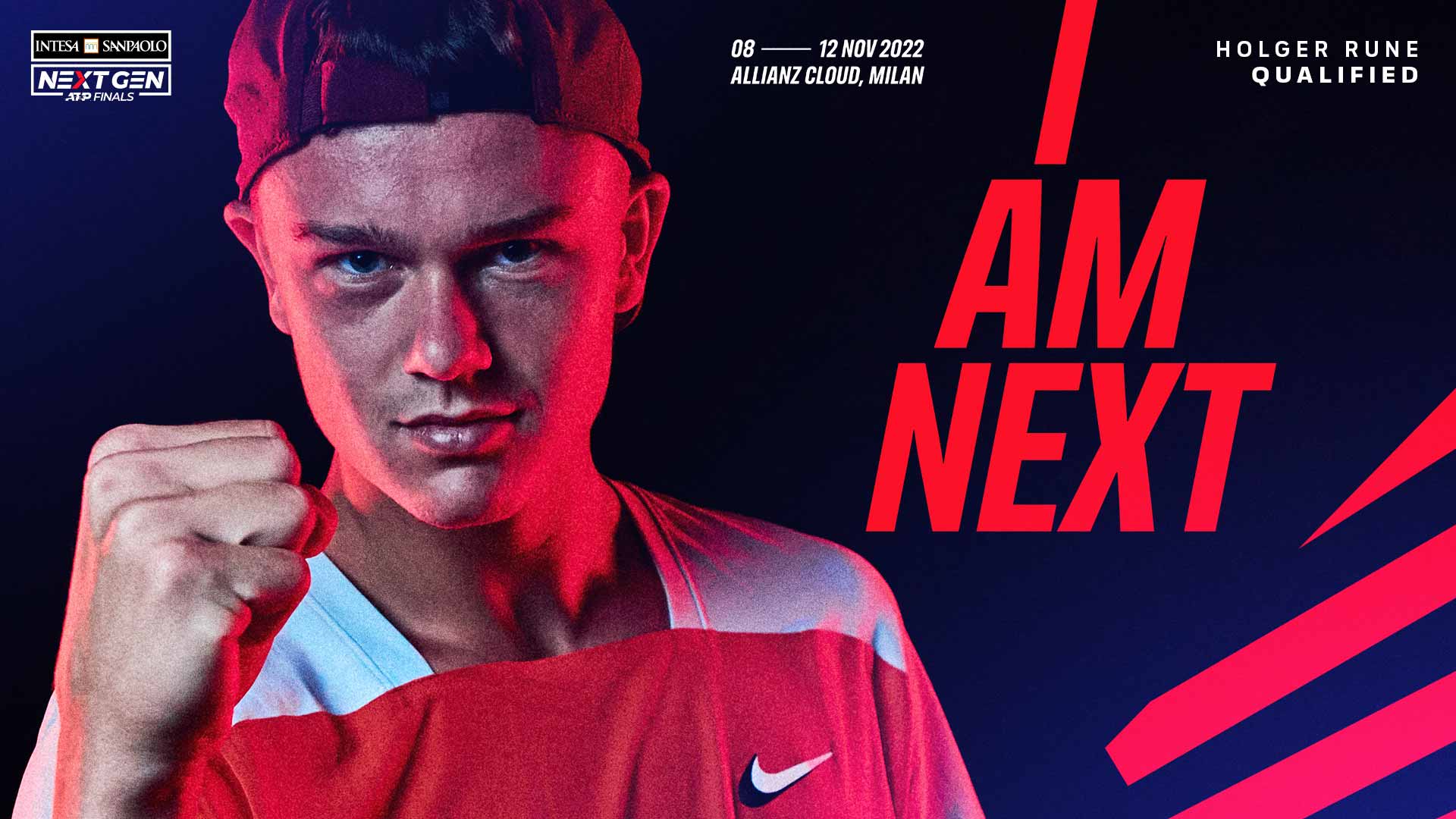 Rune began his season outside the Top 100, but has climbed as high as World No. 26, making him the highest-ranked Danish player in Pepperstone ATP Rankings history (since 1973). Rune lifted his first ATP Tour trophy in Munich, where he ousted then-World No. 3 Alexander Zverev in the second round.

The teen also made the quarter-finals at Roland Garros, where he upset then-World No. 4 Stefanos Tsitsipas in the fourth round to become the first Danish man to reach a Grand Slam quarter-final in the Open Era (since 1968).

“I feel good. It is a great step,” Rune said. “Every time you achieve this it shows that you have had a great year. I am super happy for that and really excited to go there again. It is such a great event. It is probably one of the most fun ones of the year, so I am super excited.”

The past two Intesa Sanpaolo Next Gen ATP Finals champions, Carlos Alcaraz (2021) and Jannik Sinner (2019) — who are in first and second place in the Pepperstone ATP Live Race To Milan — will not be competing in this year’s event. Alcaraz has already qualified for the Nitto ATP Finals and Sinner continues his quest to compete in Turin for the second consecutive year after playing two matches as an alternate last year.