ATP Staff
This article contains:
ATP Challenger Tour returns to Mallorca for the first time since 1997

Three months ago, Spanish legend Juan Carlos Ferrero welcomed the ATP Challenger Tour to his academy in Alicante, with the former World No. 1 hosting the inaugural Ferrero Challenger Open.

In August, another Spanish No. 1 will follow suit. The inaugural Rafa Nadal Open Banc Sabadell was officially announced on Thursday, as the 32-year-old's hometown of Manacor prepares to host a €43,000 hard-court event. The tournament will be held during the first week of the US Open at the Rafa Nadal Academy by Movistar.

The ATP Challenger Tour returns to the island of Mallorca for the first time in more than 20 years, when it staged a clay-court event from 1996-97. The tournament would move to the ATP World Tour level the following year, featuring Ferrero, Gustavo Kuerten and Marat Safin among its champions.

This year, the tournament will be held on outdoor hard courts from August 26 to September 2. Nadal's academy, which was founded in 2016, is home to 26 regulation tennis courts, both clay and hard, indoor and outdoor.

You May Also Like: Nadal Officially Opens Academy In Manacor

"The tournament was born with the objective to maintain a firm and dedicated commitment to the promotion and development of tennis," the organization said in an official statement. "It will be an opportunity for fans to enjoy the quality and talent of some of the best players in the world in a great environment."

The inaugural edition coincides with the 15th anniversary of Nadal's two ATP Challenger Tour titles. The current World No. 1 lifted a pair of trophies in 2003, in Segovia, Spain and Barletta, Italy.

The tournament will feature night sessions from the quarter-finals, starting at 8pm, as well as free admission for spectators. 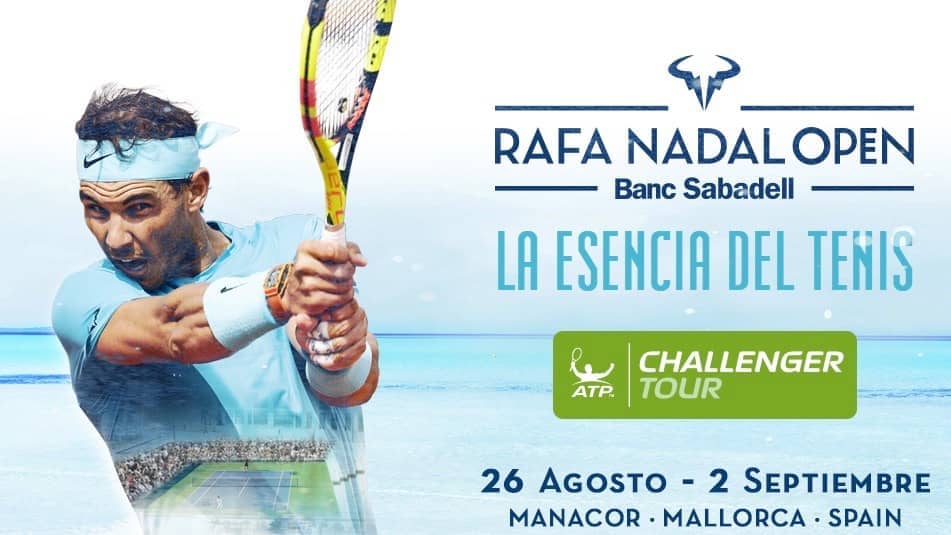