ATP Staff
This article contains:
ATPWorldTour.com looks at the top Movers of the Week in the ATP Rankings, as of Monday, 21 May 2018

It's only the fifth month of the 2018 ATP World Tour season, but already No. 1 in the ATP Rankings has changed hands four times.

Rafael Nadal started the season at the top spot. Roger Federer took over on 19 February, then Nadal again on 2 April, only for Federer, once more, to take back control on 14 May. Nadal wrestled back No. 1 on Monday.

The four changes at No. 1 this season are the most since 2003, when there were five. The all-time record for most changes is 10, which happened in 1983.

No. 1 Rafael Nadal, +1
Nadal is back at No. 1 in the ATP Rankings. It's a familiar spot for the Spaniard, who's beginning his 174th week at the top spot.

The 31-year-old won his eighth Internazionali BNL d'Italia title on Sunday, beating Alexander Zverev for the fifth time in their FedEx ATP Head2Head series (5-0). Nadal was dominant in nearly every area during the ATP World Tour Masters 1000 tournament, but especially when returning. The Spaniard won 45 per cent of his return games (22/49), including five of 11 against Zverev.

You May Also Like: Rafa Reigns In Rome, Returns To No. 1

No. 4 Marin Cilic, +1
Before Rome, the Croatian was 0-5 in Masters 1000 quarter-finals on clay. Make that 1-5. Cilic snapped his losing streak in the Rome quarter-finals against Spain's Pablo Carreno Busta before falling to eventual finalist Alexander Zverev in the semi-finals.

The 29-year-old Cilic is now one spot away from matching his career-high ATP Ranking of No. 3, which he held as recently as 22 April. 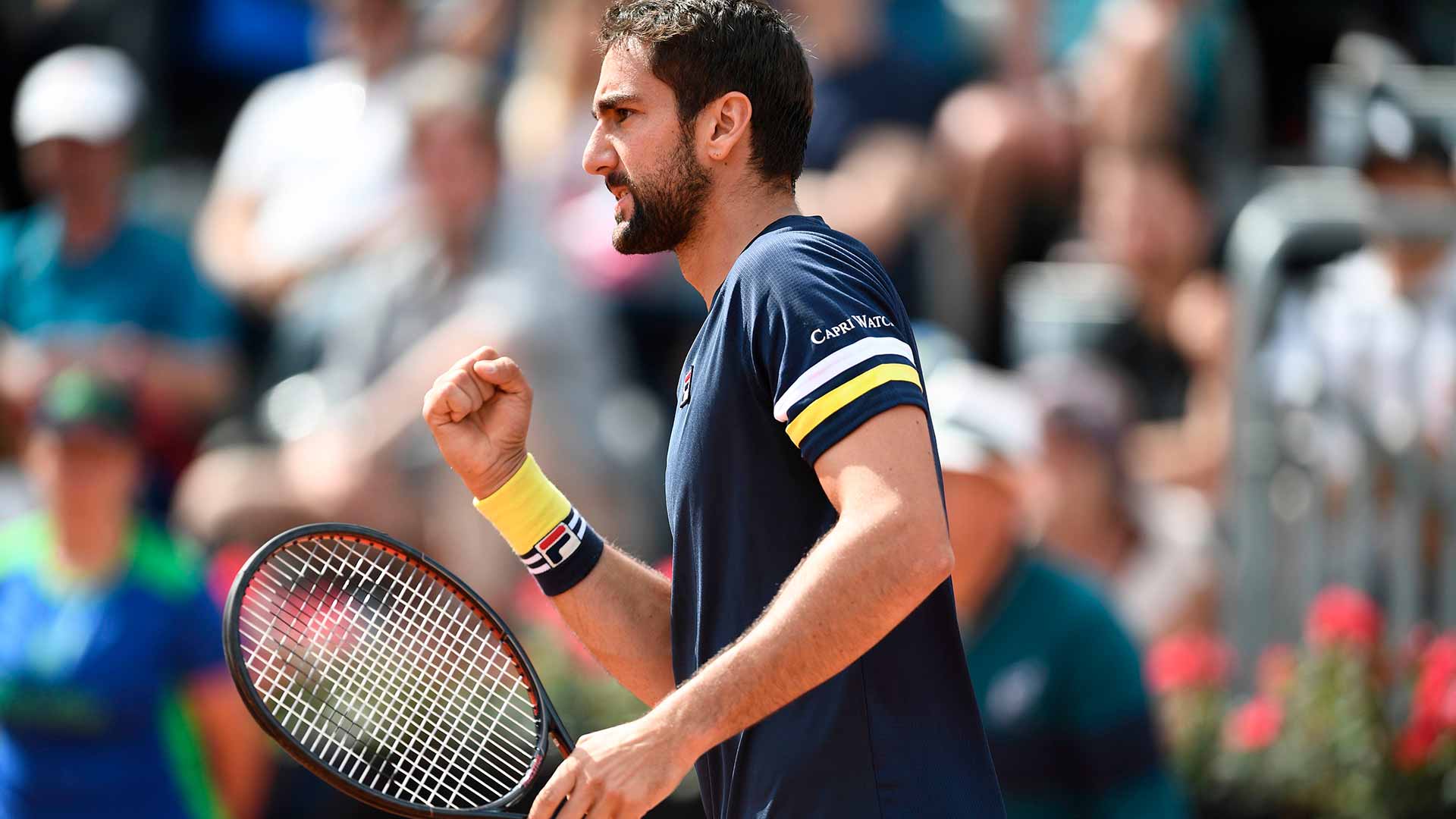 No. 12 Diego Schwartzman, +3
In a sport increasingly played by men taller than 6'3”, the 5'7” Schwartzman should serve as an inspiration to anyone looking to pick up a racquet. The Argentine is at a career-high ATP Ranking of No. 12 after making the second round in Rome (l. to Paire).

Schwartzman has been on an upward trend all season. He started 2018 at No. 26.

No. 17 Kyle Edmund, +2
The top Brit is another player who just seems to continue climbing the ATP Rankings. Edmund set a new career-high ATP Ranking by making the third round in Rome (l. to Zverev).

No. 19 Fabio Fognini, +2
The home crowd was loving it. Fabio Fognini, Italy's No. 1, was up a set against seven-time champion Rafael Nadal in the Rome quarter-finals. Fognini's lead didn't last – Nadal advanced 4-6, 6-1, 6-2 – but the 30-year-old Fognini delivered his best Internazionali BNL d'Italia.