Matteo Berrettini and Rafael Nadal's only previous ATP Head2Head meeting came at the 2019 US Open.

ATP Staff
This article contains:
This will be the pair's second clash in a major semi-final

Australian Open semi-final foes Matteo Berrettini and Rafael Nadal have clashed before. Coincidentally, that match, a straight-sets victory for Nadal at the 2019 US Open, also came in a major semi-final. But according to former World No. 4 Brad Gilbert, plenty has changed since then.

“I think at that point, it was kind of a big surprise for Berrettini to have been there. Now he’s a different guy,” Gilbert told ATPTour.com.. “This is his fourth straight Slam in the quarter-finals, he’s been to a final and he’s a much more confident player.”

During his breakthrough run at Flushing Meadows in 2019, Berrettini was the No. 25 player in the ATP Rankings. He had only cracked the Top 100 18 months earlier.

Now, the 25-year-old is a Top 10 powerhouse who has competed in the Nitto ATP Finals twice and reached his first major final at Wimbledon last year. On the other hand, Nadal is playing just his second tournament since August of last year due to a foot injury.

You May Also Like: SF Preview: Will Berrettini Halt Nadal's Pursuit Of Grand Slam Title No. 21?

Will the Italian be able to spring the upset and halt Nadal’s pursuit of a record-breaking 21st Grand Slam title?

Gilbert, who has coached the likes of Andre Agassi and Andy Roddick, believes Nadal has not played a server like Berrettini through five rounds. In the quarter-finals, the Spaniard battled past Denis Shapovalov in five sets.

“I thought he played very solid to get to the quarters and he was literally seven minutes from beating Denis 3, 4 and 3. He missed an easy pass at 3-all 15/40, a forehand up the line that he makes 99 out of 100 [times],” Gilbert said. “If he breaks there, that match is not complicated and he’s going into the semis totally unscathed. How does he recover physically?” 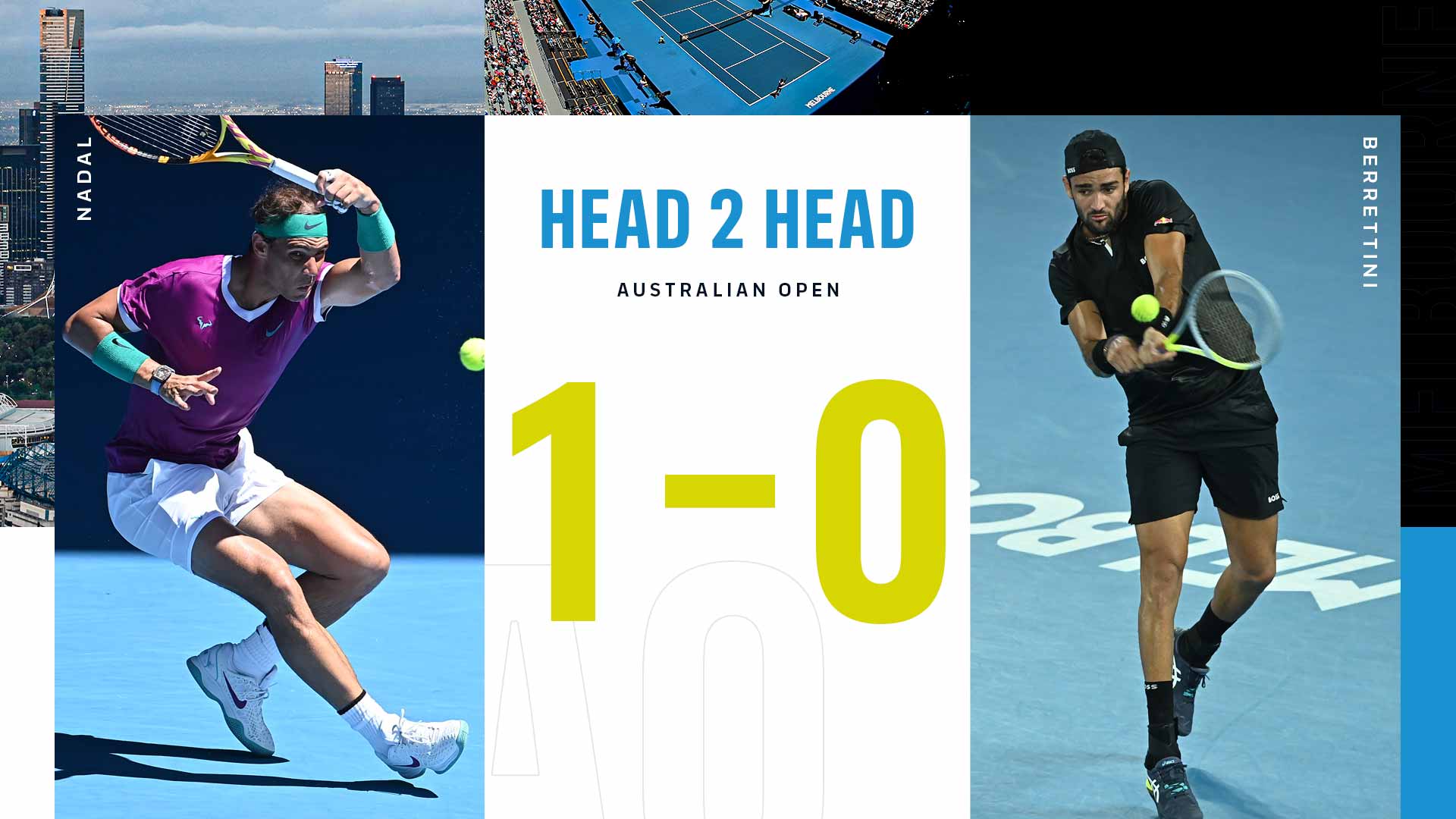 Nadal admitted to dealing with stomach issues during his win against the Canadian, which was played in the gruelling Melbourne heat. But it is important to note Berrettini and Nadal played their quarter-final on Tuesday, giving them both two days off.

“When [Rafa] had to, he did what he needed to do. It was probably the best thing I’ve ever seen Rafa do,” Gilbert said. “You don’t ever have to see Rafa manage himself and that was a beautiful thing to see, him managing himself through a little bit of a heat issue.

“He’s fitter than a fiddle, but it can happen. Normally when it happens, if you’re not prepared for it, you can have trouble. But he had to manage himself.”

Although Gilbert said that Shapovalov’s highs might even be higher than Berrettini’s, he added the Italian does not dip as often and plays more of a “big-man’s game” with his massive serve and huge forehand.

“His game is all based on surf and turf. That’s what wins it for him. If he’s going to win, he’s bombing serves, bombing first-ball forehands, taking control,” Gilbert said. “If Rafa gets on offence and can make him work, it’s trouble. That’s what he did at the US Open, he broke down the backhand. But if that guy is serving the way he can serve, he serves big. But you don’t know how much energy he’s expended.”

Berrettini also needed five sets in the quarter-finals, in which he clawed past Frenchman Gael Monfils. He was also extended to a fourth set in his first two matches and a fifth-set tie-break in the third round against reigning Intesa Sanpaolo Next Gen ATP Finals champion Carlos Alcaraz.

Is the easy answer that Nadal will immediately try to attack the Italian’s backhand and grind him down from there? Gilbert said it is not necessarily that easy.

Who will advance to the final to face Daniil Medvedev or Stefanos Tsitsipas? Gilbert is hoping for a five-setter, and he feels Nadal is a “one-point favourite”.