In this Rome Classic Moment, an 18-year-old Rafael Nadal clinched the title on his tournament debut as he battled past Guillermo Coria 6-4, 3-6, 6-3, 4-6, 7-6(6) after five hours and 14 minutes in the 2005 final. Watch the Internazionali BNL d'Italia live online at TennisTV.com.

Rafael Nadal’s first appearance at the Internazionali BNL d’Italia, in 2005, was certainly a memorable one. But what most fans will remember is the final.

“I am very happy,” Nadal said. “I played today one of the toughest matches in my life.” 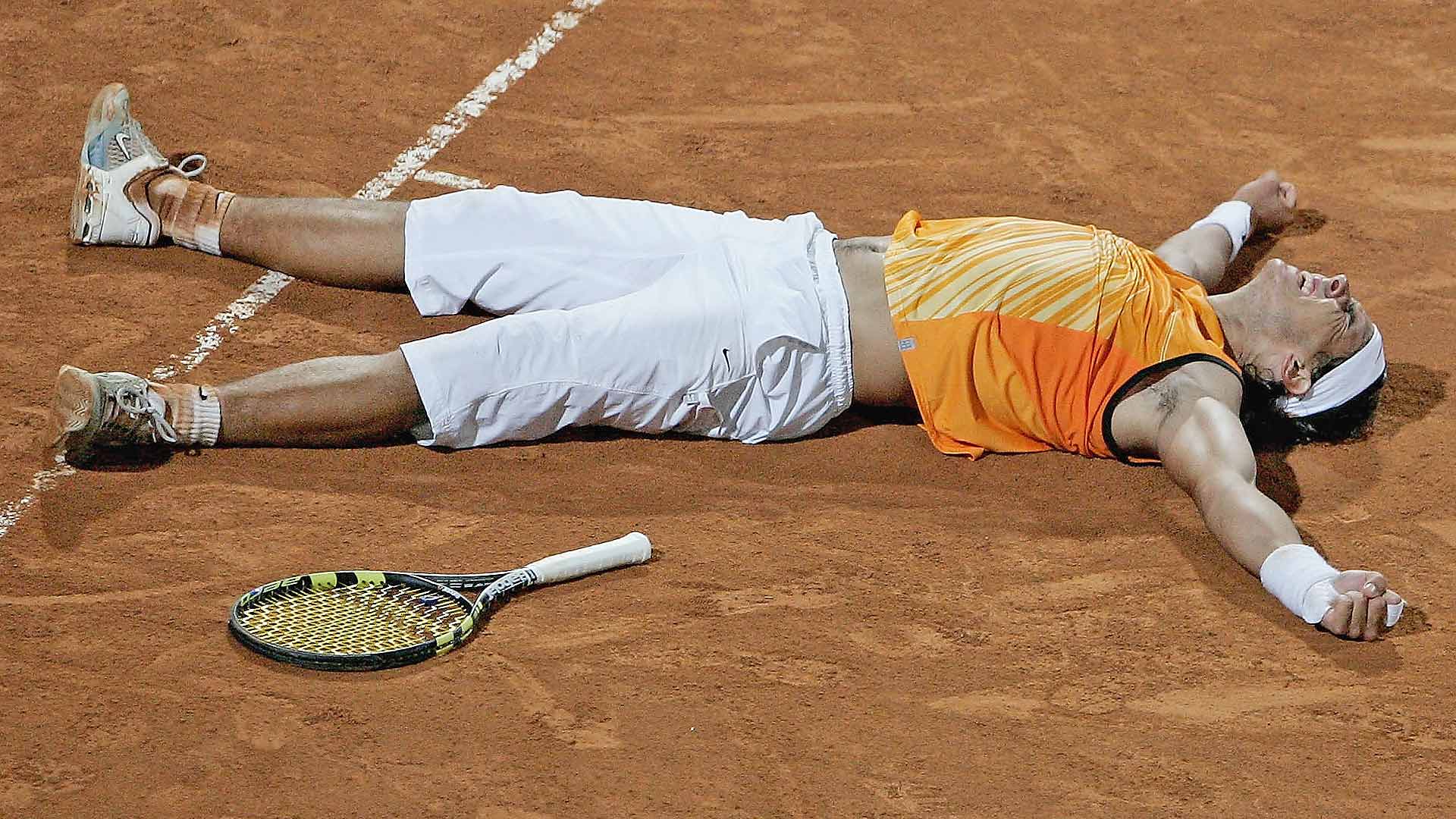 Even though he was a teenager, the Spaniard had already proven he was capable of competing at the ATP Masters 1000 level, becoming the second-youngest champion in series history just weeks earlier at the Rolex Monte-Carlo Masters. In Monaco, Nadal also defeated Coria in the final, 6-3, 6-1, 0-6, 7-5. That match that lasted three hours and nine minutes.

But in Rome, the lefty was pushed to the brink. Coria, who had won a clay-court Masters 1000 title in each of the previous two years, appeared poised to finish Nadal when he broke in the deciding set and consolidated that advantage.

“I think the public was very important for me because when I [was down] 0-3 in the fifth, my energy was finished,” Nadal said. “But the public all the time supported me. For that, I [was able to] win the match.”

Nadal pounded away with his forehand at 5/3 in the final-set tie-break, manoeuvring the Argentine around the court. But Coria hit a tremendous backhand passing shot down the line to retrieve the mini-break. Nadal, however, would not be denied.

At 7/6, the teen scraped back a high lob off a crushed Coria forehand, later in the point forcing the Argentine to make a volley error. When that volley sailed long, Nadal collapsed to the court in celebration.

“I’m a little bit not satisfied because I ran for five hours just to lose with two points. So I am very disappointed,” Coria said. “It’s normal, but I lost with a top player who played a great match.”

It’s safe to say that Nadal, who remains the youngest champion in Rome history, showed from early on that he was not a typical teen. Nadal went on that year to win his first Grand Slam at Roland Garros, and he has triumphed at the Internazionali BNL d’Italia eight times since that day.

“I was really surprised by how he was running and his shots,” Coria said. “I think there are very [few] players who can hit so hard.”