Rafael Nadal is going for his second Australian Open title this fortnight.

This Is Where Nadal Places Most Of His Returns

Craig O'Shannessy
This article contains:
The new Infosys Serve & Return Tracker shows how difficult it is to return deep in the court

Most returns in tennis land just past the service line, no matter if you are returning first or second serves.

There are three main regions to divide up the court when analysing return depth, and as it turns out, the region in the middle of the court acts as a magnet for all returns.

An Infosys Serve & Return Tracker analysis of Rafael Nadal returning first and second serves in the Deuce court at ATP World Tour Masters 1000 events and the Nitto ATP Finals from 2011-2017 identifies that getting the return really deep is a lot easier said than done.

You May Also Like: Where Do Lefties Serve at Crunch Time?

Zone 1 - Inside the service box.

Zone 3 - Between the service line and baseline / landing closer to the baseline.

It’s widely accepted that the deeper the return, the more time you take away from the server and make him have to play his Serve +1 ball on the rise. Hitting on the rise is much tougher because it's harder to find the sweet spot of the racquet, putting a premium on return depth.

Nadal is one the premier returners in the history of our sport, being ranked third in the ATP Stats LEADERBOARDS, powered by Infosys NIA Data, with a career Return Rating of 167.5. Argentines Guillermo Coria (171.5) and Guillermo Perez-Roldan (168.1) are the only two ahead of him. The leaderboard includes matches dating back to the 1991 season. 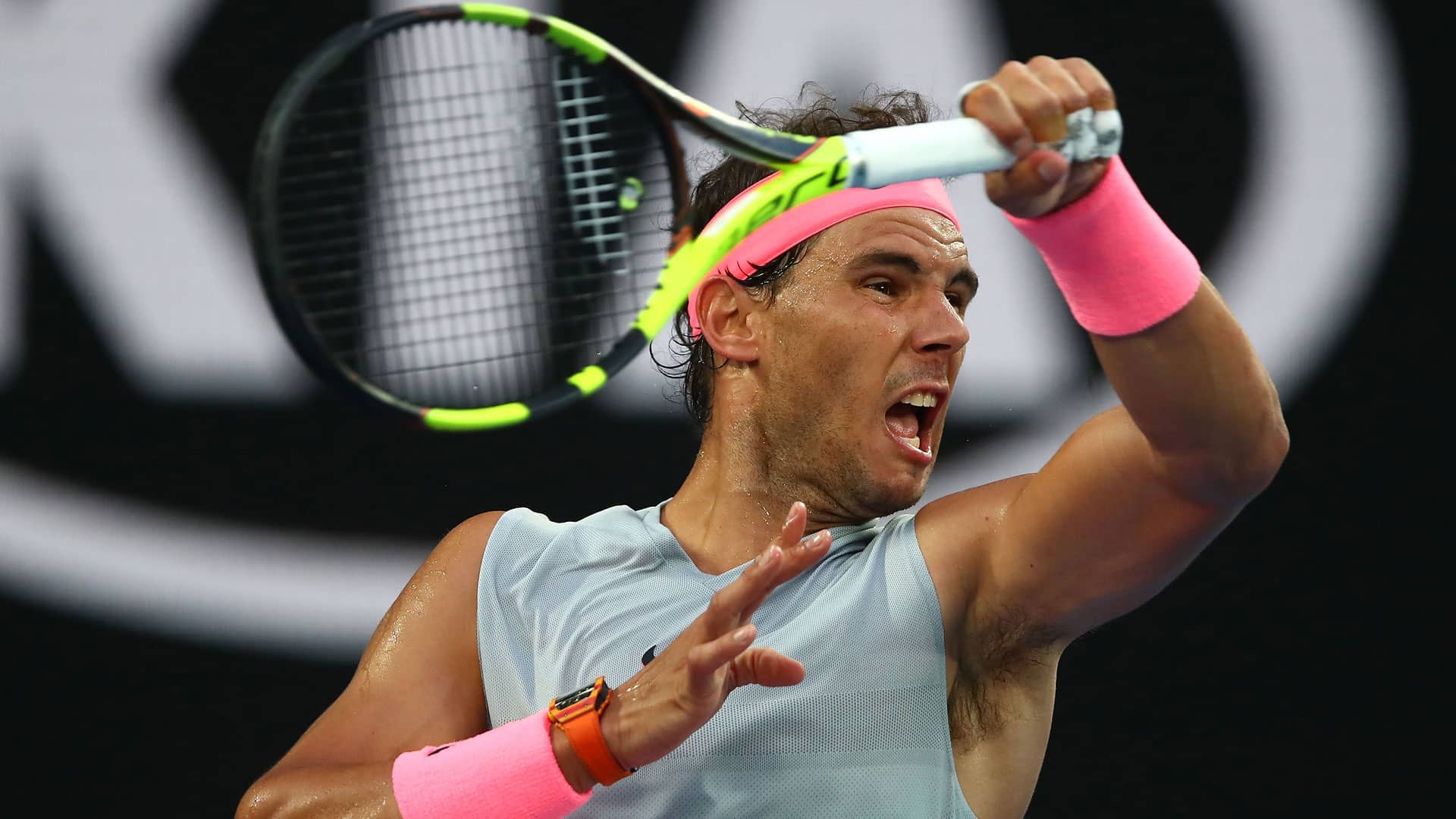 Nadal enjoyed a four percentage point improvement (47 per cent first serves / 51 per cent second serves) in this area when returning second serves compared to first serves. Nadal is no doubt aiming as deep as he can, but by far the majority of returns landed in this middle zone, primarily because it provides the least amount of risk right in the middle of the court.

Zone 3 - Between service line and baseline / closer to the baseline

These numbers were the most surprising, as Nadal could not improve his overall return depth to Zone 3 when returning a second serve instead of a first serve. Nadal averages slightly better than one in five (22 per cent) of his returns to this very deep location, aiming to push the server immediately onto his back foot and force an error.

Players at all levels of the game would greatly benefit by putting down a line of balls half-way between the service line and baseline, and hitting returns over them to the deep Zone 3 location. The depth of the return often trumps the power, spin and direction of this specific shot.