ATP Staff
This article contains:
Nadal joins Federer as only players to reach 11 finals at one major

There are few guarantees in the world, but since 2005, one thing has come pretty close. When the ATP World Tour's stars take to the Parisian terre battue, odds are that Rafael Nadal will battle his way to the final. And this year, Nadal has been near his scary best.

So it was no surprise that World No. 1 Nadal moved to within one match of lifting his 11th Coupe des Mousquetaires, defeating in-form No. 5 seed Juan Martin del Potro 6-4, 6-1, 6-2 in the Roland Garros semi-finals on Friday.

"It was a good second and third set for me, of course, and a good hold in the first. [I had] good tactics and [a good] mentality in the first set," Nadal said. "That gave me the possibility to play much better later on the match."

The Spaniard is just the second man in the Open Era to advance to 11 championship matches at a single Grand Slam, joining Roger Federer, who has won eight titles from 11 finals at Wimbledon. Nadal is now 10-0 in the final four on the Parisian clay, and 23-3 overall in Grand Slam semi-finals. His most recent loss in the semi-finals of a major came against Del Potro at the 2009 US Open, which the Argentine won. Nadal is now 33-3 in sets in the final four in Paris, losing one in 2005 to Federer and two against Novak Djokovic in 2013.

The left-hander has already triumphed three times in 2018, picking up 11th titles at both the Rolex Monte-Carlo Masters (d. Nishikori) and the Barcelona Open Banc Sabadell (d. Tsitipsas), in addition to an eighth trophy at the Internazionali BNL d’Italia (d. A. Zverev). And with his victory against Del Potro, he in now an astonishing 85-2 at Roland Garros and 110-2 in best-of-five matches on clay.

Only one man has been able to stop Nadal on the red dirt over the past two years, and that star will get a chance to shine bright on Sunday. Dominic Thiem, who also beat the Spaniard in Rome last year, ended Nadal's 21-match and 50-set winning streaks on the surface at the Mutua Madrid Open. Nadal still leads their FedEx ATP Head2Head rivalry 6-3, including a 6-0, 6-2 triumph in Monte-Carlo this season.

"I have a very difficult match against a player that is playing great. I know I have to play my best if I want to have chances," Nadal said. "[The] good thing is [that] I played a lot of good matches this clay-court season. So Sunday is the day to give my best, is the day to increase my level even a little bit more."

Del Potro was attempting to reach his first Slam final since his US Open victory in 2009, which came when the ‘Tower of Tandil’ was just 20 years old. Despite the loss, Del Potro is projected to rise into the Top 4 of the ATP Rankings on Monday, matching his career-best. 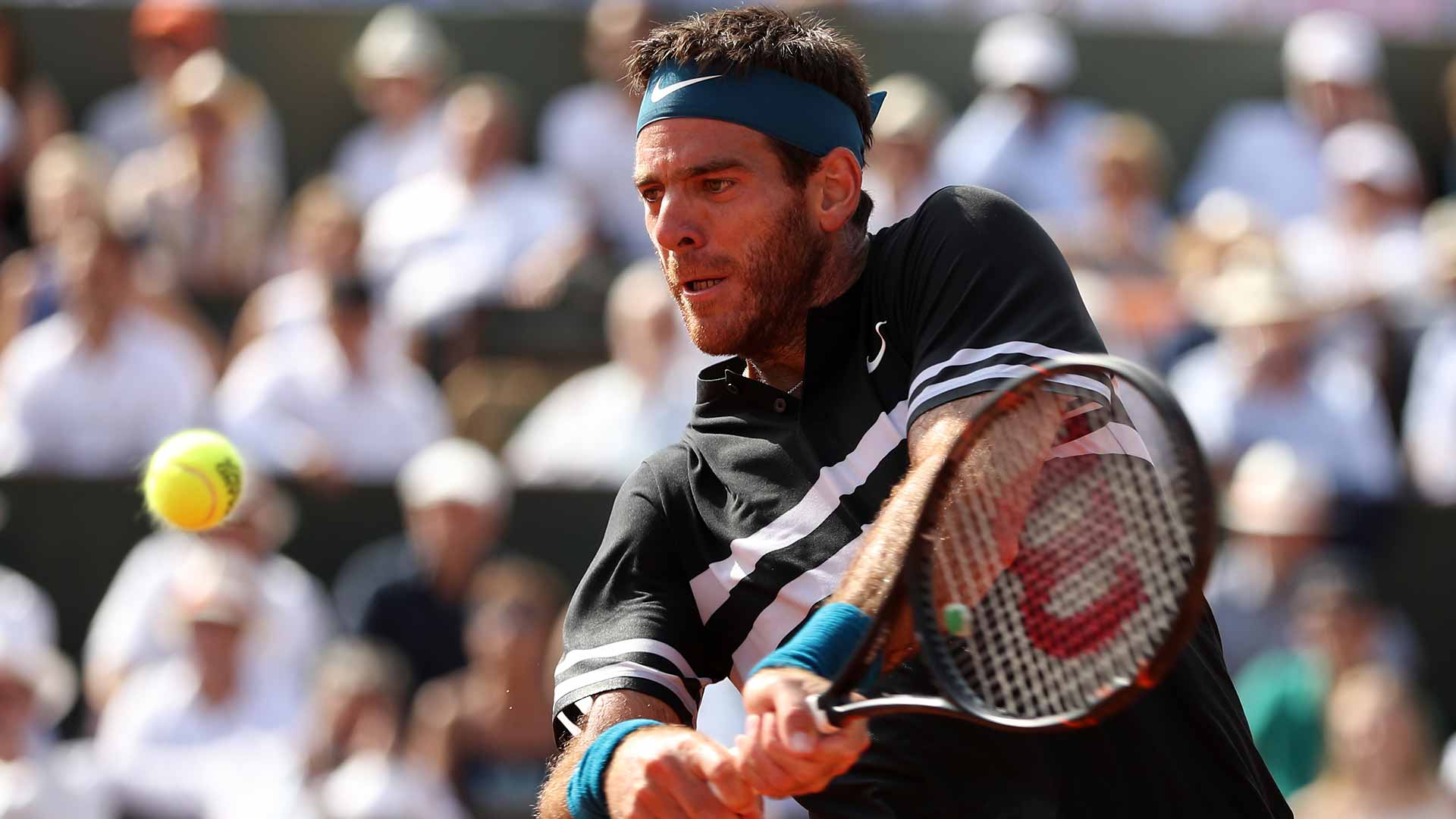 The Argentine got off to a tremendous start and looked early on to have a chance at earning his 10th win against a World No. 1, battling his way to at least 0/30 in each of Nadal's first three service games, finding length from a deep return position to get to neutral against the Spaniard in rallies. Typically, Nadal stays close to the baseline to begin moving his opponents from side to side with his heavy groundstrokes, but Del Potro landed his returns close to the baseline, forcing Nadal back.

While Del Potro suffered a scare in the early going, appearing to tweak something while changing directions, he did not show it, blasting away at first balls as he served. The fifth seed earned six break points in the opener, gaining perhaps his best opportunity on his fifth chance, during Nadal's service game at 4-4.

Del Potro stepped into a high forehand, one of the scariest sights for any player on the ATP World Tour, but missed wildly. And after Del Potro missed one more opportunity, top seed Nadal seized the momentum. After earning his first two break points with a whipping inside-out forehand winner, Nadal took advantage of the second for the first break of the match, when Del Potro netted a backhand.

"Sometimes when you are 0/40, you believe that you have already lost the game, and the normal thing is that you lose the game," Nadal said. "Today that was not the case. I feel a little bit lucky for that. For me, the only way to approach this is just think point by point, just try to think about how to win the point of 0/40, then the 15/40. And then when you are 30/40, you know that you are close to saving it... So [it's] just about thinking in a positive way and just thinking that I have to hold. I can't give him the game."

Del Potro admitted that those were the key moments. And while it's impossible to tell what would have happened if he found a way to break, the importance of those opportunities is undeniable.

"Rafa served well, played good points on those break points, and I got unlucky in that moment," Del Potro said. "It could have been a different match if I won the first set. But then he made me run a lot. [The] intensity was too high the whole match, and I couldn't stay there after the first set. He deserved to win. He played much better from the beginning until the end."

After the opener, it was one-way traffic. The residue of the first-set loss showed in the Argentine's game, as Del Potro struck more than double the unforced errors (12) compared to winners (5) in the second set. And that allowed Nadal to buckle down, grinding away from the baseline until he was able to set his feet and lash out at a short ball.

Nadal broke Del Potro in his first two service games of the set and did not unclench his fist, charging forward like a tidal wave that shows no intention of receding.

"He was serving big and hitting very strong on his first shots. It was very difficult to stop that. And with my serve, of course he was playing well," Nadal said. "He was playing a little bit too comfortable in the first set. That's why I saved six break points in the first. So in every game that I served, I had problems. So, yeah, when he's serving, it's not in my hands. When I'm serving, [it] should be in my hands."

While Del Potro raised his level slightly in the second half of the third set, it was too late. Nadal, who has now won 44 of his past 45 sets at Roland Garros, grabbed an immediate break, and was unrelenting with his forehand, controlling the baseline and with it, the match, finishing with 35 winners to just 19 unforced errors.

Did You Know?
Dominic Thiem will try to become just the second player outside of the 'Big Five' (Roger Federer, Rafael Nadal, Novak Djokovic, Andy Murray and Stan Wawrinka) to win a major since the 2009 US Open. Those five players have claimed 32 of the past 33 Grand Slams.