14 Years Ago, Novak Warned The World. Was Anyone Listening?

The first installment of what has evolved into one of sport’s great rivalries is better remembered for what happened after the match.

Rafael Nadal, then a baby-faced, Capri-pant wearing 20-year-old with shoulder length locks, was leading a brash youngster named Novak Djokovic 6-4, 6-4 at Roland Garros before the Serbian retired with back pain. Nadal, the No. 2 seed and defending champion that year, won 58 per cent of the points, but Djokovic remained undaunted in the post-match press conference.

“I think I was in control, everything was depending on me,” said Djokovic. “Even with the sore back, I think I played an equal match with him… He’s not unbeatable, he’s beatable.”

Reporters later asked Nadal if he agreed with Djokovic’s contention that he was in control of the match, and he smiled and shyly replied with his trademark chin shrug, “Oh yes, I don’t know, if he say that, it’s okay, I don’t need to answer then.”

The room erupted in laughter, half in response to Nadal’s shy insouciance and half to the impertinence of this still obscure 19-year-old, ranked No. 63 in the FedEx ATP Rankings. It wasn’t the first or last time the world underestimated the audacious Belgrade native. Perhaps only he knew that he’d evolve into one of Nadal’s great rivals and the defeat served to motivate him.

Born 11 months and three frontiers apart, the world’s No. 1 and No. 2 players return to the same court Sunday — where their rivalry began 14 years ago — with history on the line. Nadal and Djokovic have evolved and changed over the years. 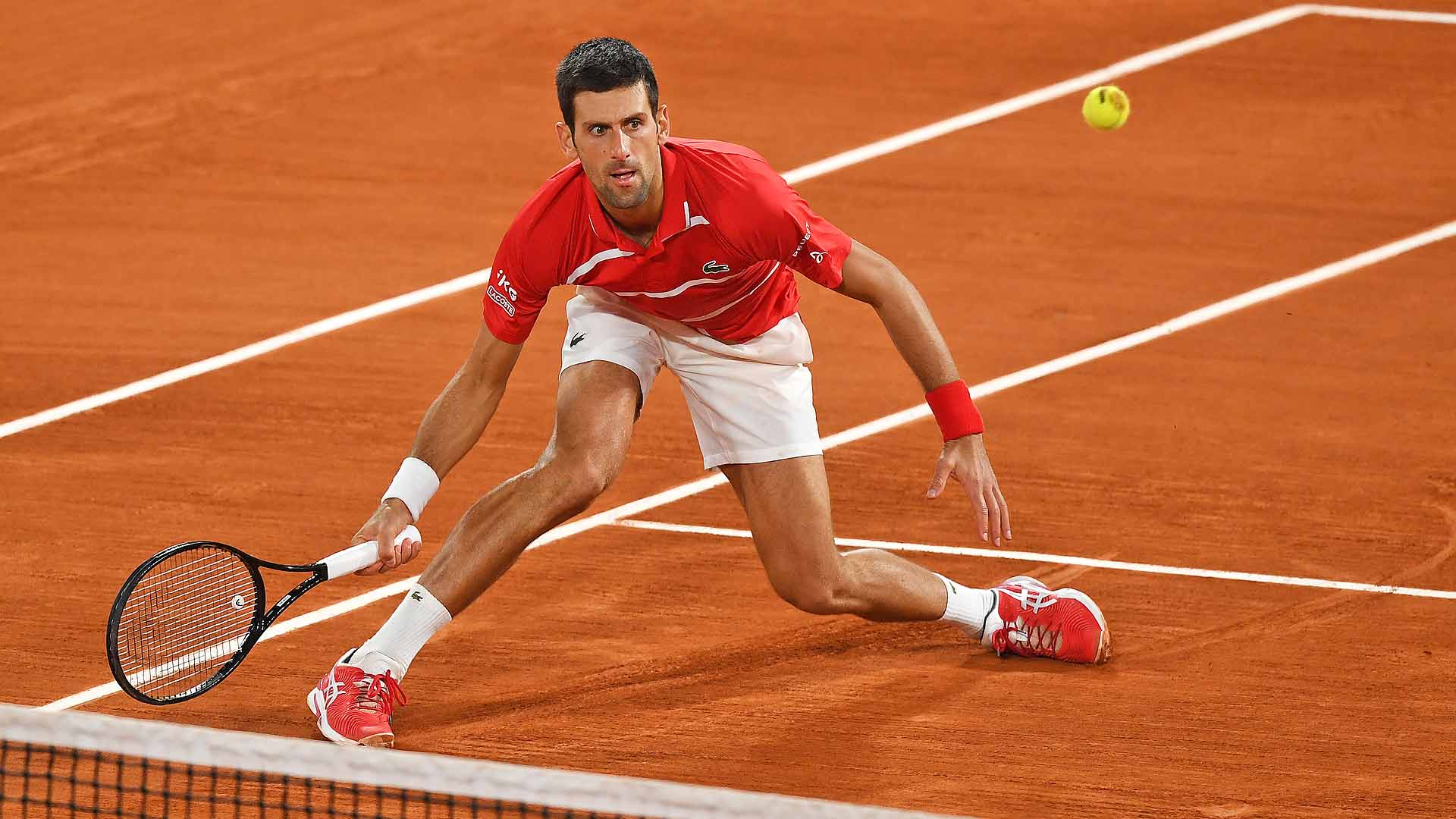 The boyish prankster who used to impersonate Rafa (and plenty of others) is now a family man, while Nadal has grown up too, shedding the pirate pants, if not his superstitions. So too has their rivalry evolved, with Djokovic taking the upper hand of late. After a rocky start, the 33-year-old has won 10 of their 13 most recent meetings since 2015 and 29 out of 55 overall.

They last met just nine months ago at the ATP Cup, but that feels like years ago with all that’s transpired this year. Sunday’s final is one for the ages, with enormous consequences for the history of the sport. A Nadal victory would give him 20 majors at the age of 34 and a share of the sport’s most coveted record with his other storied rival, Roger Federer, who earned his 20th Grand Slam title aged 36 at the 2018 Australian Open.

But a win for the proud Serb would give him 18 majors, putting him in touching distance of his two rivals heading into his favorite major: the Australian Open. Djokovic has won that event on a record eight occasions, including four of the past six years.

With a win, the World No. 1 would also complete the double Career Grand Slam, an achievement that’s eluded one-time Roland Garros winner Federer and one-time Australian Open champion Nadal. The desert? Let’s liken the fact that a win would extend Djokovic’s near-perfect season to the kind of palačinke, or Serbian crepe, his parents used to serve up at their snack bar in Kopaonik when Novak was a boy.

But for all the gaudy milestones at stake, a win for Djokovic wouldn’t just be about numbers. Despite taking a 37-1 match record on the season into the final, victory would be the ultimate vindication after a tumultuous year that included his disqualification from the US Open for accidentally hitting a lineswoman with a ball.

The Serb, who has won just one of seven meetings with Nadal at Roland Garros, has a large, fanatical following, particularly in the Balkans, where he is revered. But because he emerged after Federer and Nadal, and because he’s played so well against these two incredibly popular athletes, he has, at times, found himself fighting not just his opponents but also the crowds in some arenas.

The fact that he’s been underestimated at times, particularly earlier in his career, still propels him and he’s well aware that unless he wins more majors than Federer and Nadal, he likely won’t be considered the greatest of all time, even if he maintains his winning ATP Head2Head records against them both. A win Sunday brings him much closer to staking his claim to being the sport’s GOAT, a title he clearly covets.

The stakes for the ferocious Mallorcan are no less important. Court Philippe-Chatrier is Nadal’s court. He has to hold serve. Djokovic acknowledged as much after his victory over Tsitsipas Friday.

“It’s his ‘maison’,” Djokovic said of Nadal, referring to the French word for house. “I will have to be at my best. Playing Nadal at Roland Garros is the biggest challenge in our sport.” 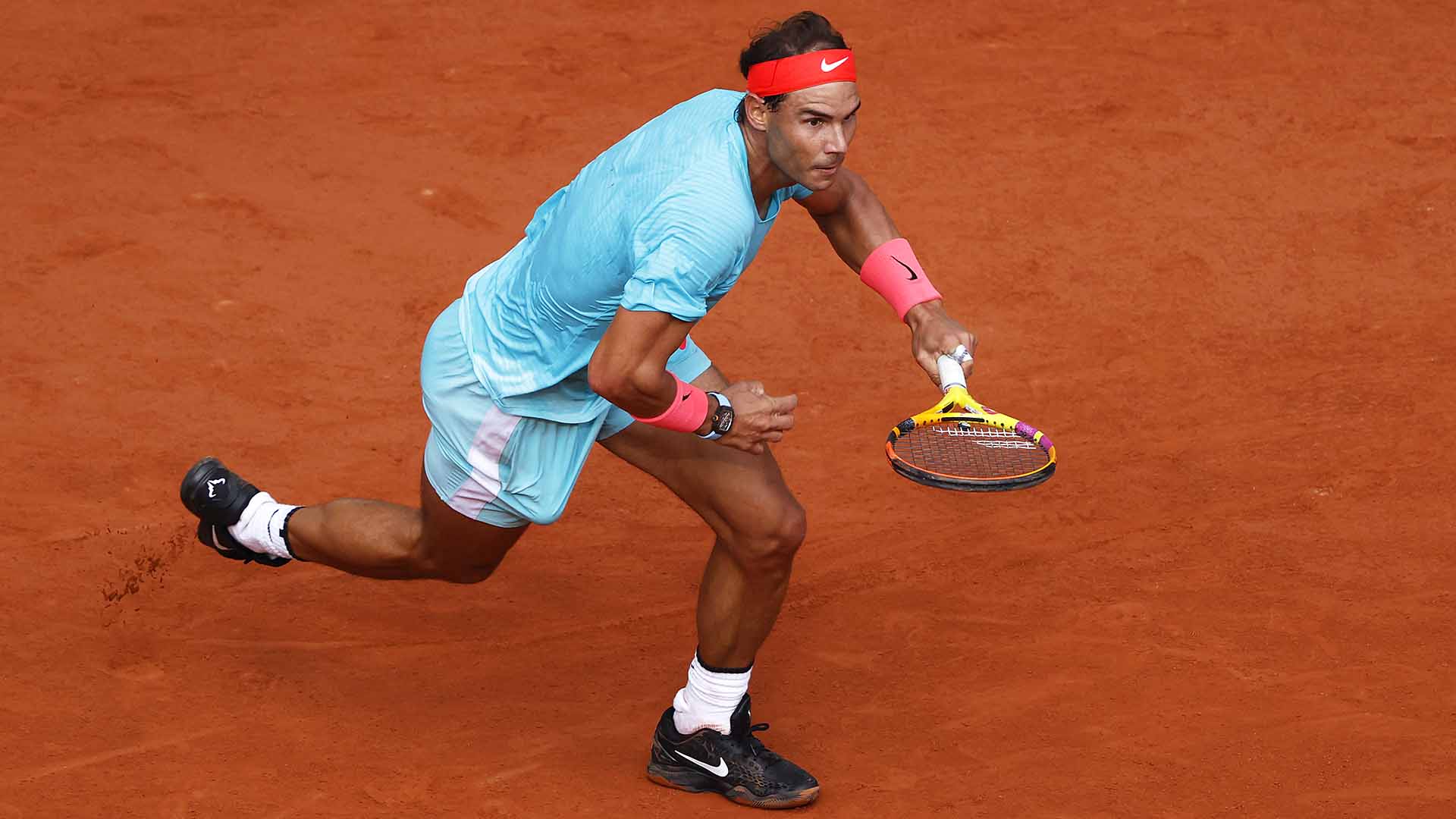 For his part, Nadal characteristically tried to downplay talk of the historic occasion Friday.

“I understand these things, and it’s good for tennis that people talk about this,” said Nadal. “But I am living my own reality, and when it’s finished and it’s achieved or not, it will be talked about.”

It is indeed his own reality, but for a ferociously competitive warrior like Nadal—who’s afraid of animals, including dogs, but little else—watching his Serbian rival hoist La Coupe des Mousquetaires in his ‘maison’ would no doubt feel like walking into his home only to find Novak wearing his slippers and bathrobe, relaxing on his favourite recliner, sipping a fine Serbian rakija.

The Spaniard has beaten Djokovic twice in the Roland Garros final - in 2012 and 2014 — but he denies that those encounters will help him Sunday.

“Different circumstances, different kind of tournament and different situation,” said Nadal, who is going for his 100th win at Roland Garros Sunday. “I can’t predict the future. The only thing I know is to play against Novak, I need to play my best. Without playing my best tennis, [the] situation is very difficult.”

One man or the other will lift La Coupe des Mousquetaires Sunday, but when these warriors square off, it isn’t just the victor who triumphs, the whole sport wins. The level of tennis is always sublime and each man competes like a hungry pit bull fighting for a meal, pushing each other to dig just a bit further than they knew possible. There will be just one victor in Nadal Djokovic LVI, but it’ll be a win for the ages we can all savour.