Rafael Nadal congratulates Novak Djokovic at the end of their Wimbledon semi-final, which is one of the matches of the 2018 season to-date.

ATPWorldTour.com looks back on an exciting second quarter of 2018

After six months of the 2018 ATP World Tour season, there’s already a plethora of storylines to track. Here are the top five stories of the second quarter.

Nadal Proves His No. 1 Status
Rafael Nadal swept through the European clay swing once more, dealing with the pressure and weight of expectation so well to compile a 32-2 match record - including the 900th match win of his career - in the second quarter of the year.

While his red dirt dominance is nothing new, the Spaniard strengthened his lead at the top of the ATP Race To London, for one of eight spots at the Nitto ATP Finals in November, with four clay-court titles — historic 11th crowns at the Rolex Monte-Carlo Masters (d. Nishikori), the Barcelona Open Banc Sabadell (d. Tsitsipas) and Roland Garros (d. Thiem), in addition to an eighth trophy at the Internazionali d’Italia (d. Zverev). In beating Juan Martin del Potro 7-5, 6-7(7), 4-6, 6-4, 6-4 at Wimbledon, Nadal won a match for the ages to advance to semi-finals for the first time since 2011.

The Resurgence Of Djokovic
As Andy Murray and Stan Wawrinka continue to find their way back from long-term injuries, the rehabilitation and resurgence of Novak Djokovic in recent months, initially on European clay and then on London’s grass, after a right elbow injury, is heart-warming.

Having missed six months of 2017, and forced to undergo surgery after the Australian Open (l. to Chung in the fourth round) in January, the Serbian protected his elbow with a new service technique and went 6-6 in his first six tournaments. Yet, the 31-year-old’s confidence began to resurface in reaching the Internazionali BNL d'Italia (l. to Nadal in the semi-finals), then at Roland Garros, where he advanced to the quarter-finals (l. to Cecchinato).

It wasn’t until he contested the Fever-Tree Championships final (l. to Cilic) that Djokovic began to serve and return with greater potency. With low expectations coming into The Championships at Wimbledon, particularly because of a lack of big-match play, Djokovic moved through the draw, relatively unheralded for a former champion, to beat Nadal 10-8 in the fifth set in the semi-finals and then Kevin Anderson in the final. It was his 13th Grand Slam championship crown (fourth all-time in the singles list) and first since May 2016 in Paris.

You May Also Like: Djokovic Returns To Grand Slam Winners' Circle At Wimbledon 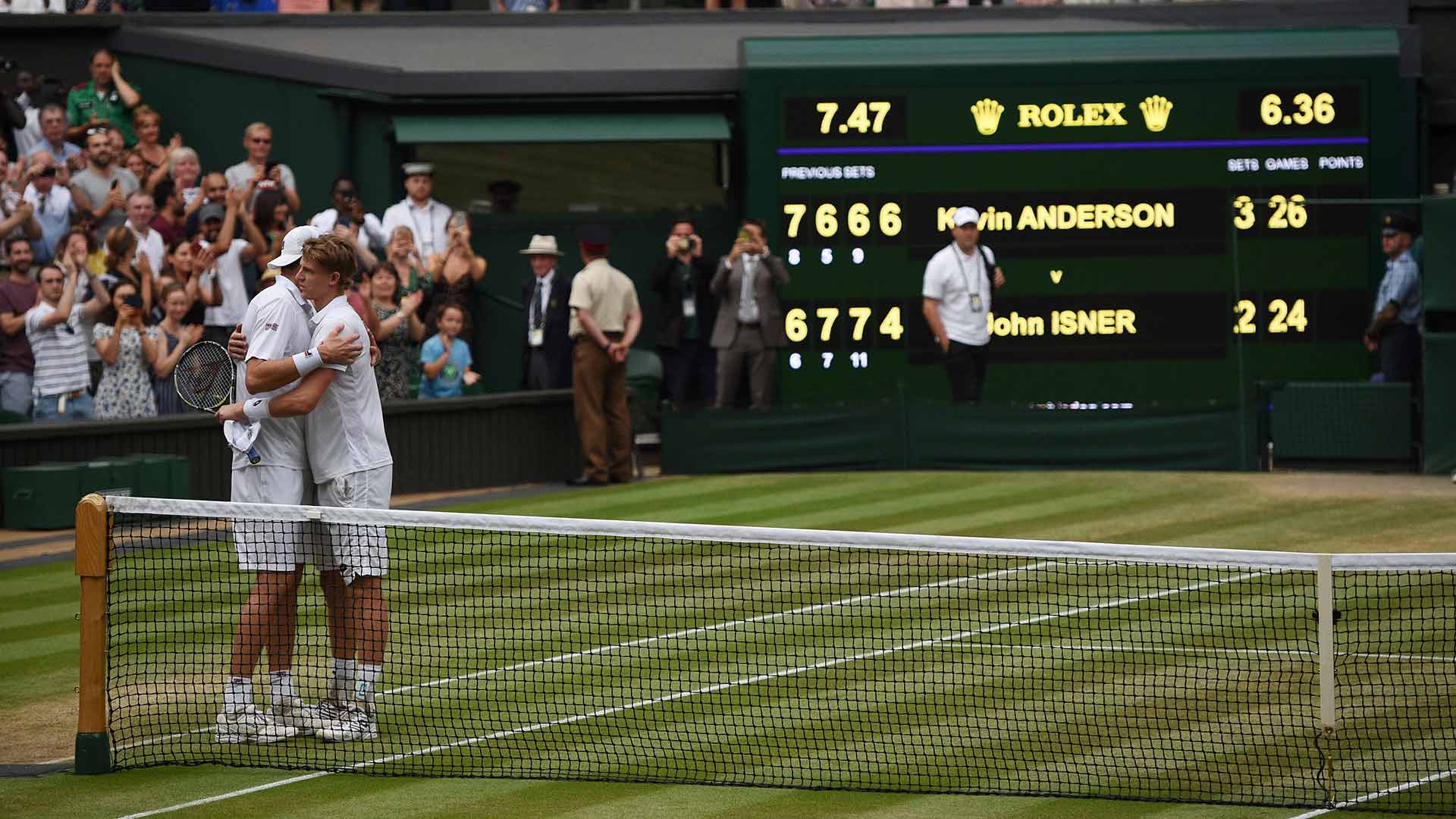 Anderson, Isner Enjoying Career Years
Anderson and John Isner, both at career-high ATP Rankings, are highlighting how off-court work can reap dividends between the tramlines in 2018. As evidenced in Anderson’s 26-24 fifth set win over Isner in the Wimbledon semi-finals, which lasted six hours and 36 minutes — the second-longest match in major championship history.

Anderson, 32, has backed up strong early-season form over the past three months to reach his first ATP World Tour Masters 1000 semi-final — and first on a clay-court — at the Mutua Madrid Open (l. to Thiem), the Roland Garros fourth round for the fourth time (also 2013-14 and 2017) and his second Grand Slam championship final at Wimbledon (d. Djokovic). Currently at a career-high No. 5 in the ATP Rankings, the South African will now work with coach Brad Stine towards adding to his four ATP World Tour crowns and a first Nitto ATP Finals qualification, following a near miss in 2015.

Isner, 33, who lifted his first Masters 1000 crown at the Miami Open presented by Itau (d. Zverev) on 1 April, went 8-6 on the spring clay swing and came into Wimbledon with low expectations, having reached the third round (on three occasions) in nine visits. But, under the guidance of David Macpherson, Rene Moller and Justin Gimelstob, the American adopted aggressive returns and a serve-and-volley game, to beat 2016 runner-up Raonic in the quarter-finals en route to a breakthrough run at a major. He now sits at a career-high No. 8.

ATP Race To London Taking Shape
Six of the Top 10 in the ATP Race To London on 2 April 2018, remain among the contenders for a spot at the Nitto ATP Finals, to be held at The O2 in London from 11-18 November. While Nadal and Federer lead the charge for a place at the season finale, 10 different nations are represented in the Top 10 (as of 16 July 2018).

Twelve months ago, following the conclusion of The Championships in 2017, Nadal, Federer, Dominic Thiem, Wawrinka, Marin Cilic, Zverev, Djokovic, Murray, Grigor Dimitrov and Tomas Berdych made up the Top 10 in the ATP Race To London. Seven of that elite group secured enough points to qualify for the prestigious season finale (Wawrinka did not compete due to injury).

World No. 3 Zverev put together a 21-4 record on the red dirt, including a 13-match winning streak that included back-to-back ATP World Tour crowns at the BMW Open by FWU (d. Kohlschreiber) and the Mutua Madrid Open (d. Thiem). His run ended at the hands of Nadal in a three-set Rome final, shortly prior to Roland Garros, where the 21-year-old reached his first major championship quarter-final (l. to Thiem).

Tsitsipas did not drop a set en route to his first ATP World Tour final in Barcelona (l. to Nadal), earning the biggest win of his career over No. 7-ranked Thiem in the quarter-finals. He was the first Greek to reach a tour-level final since Kalogeropoulos at Des Moines in 1973, and the first man from his country to advance to the fourth-round at Wimbledon (l. to Isner). He also beat Anderson en route to the Millennium Estoril Open semi-finals (l to Sousa).

Over the past three months, Shapovalov became the youngest quarter-finalist and semi-finalist ever in Madrid (d. Raonic in 3R, l. to A. Zverev) and peaked at World No. 23 on 11 June. He is the youngest player in the Top 25 since then-No. 19 Gasquet on 25 July 2005 and has been Canada’s No. 1 since 21 May after reaching the Rome third round (l. to Nadal).