When Rafael Nadal landed an ace out wide to convert championship point against Novak Djokovic in the Roland Garros final, not only did he lift a record-extending 13th Coupe des Mousquetaires, he also equalled one of the most important records in tennis history.

For the first time, the Spaniard is on equal terms with Roger Federer on the Grand Slam titles leaderboard. Federer has held the outright lead in the category for more than 11 years, dating back to his 15th major championship victory at Wimbledon in 2009.

Chasing Federer ever since his first Roland Garros victory on his tournament debut in 2005, Nadal’s major haul is built on a foundation of consistent success at Roland Garros. The Spaniard has claimed 13 of his 20 major crowns on the Parisian terre battue, winning 13 of the past 16 editions of the event and clinching 100 wins from 102 matches at Stade Roland Garros. 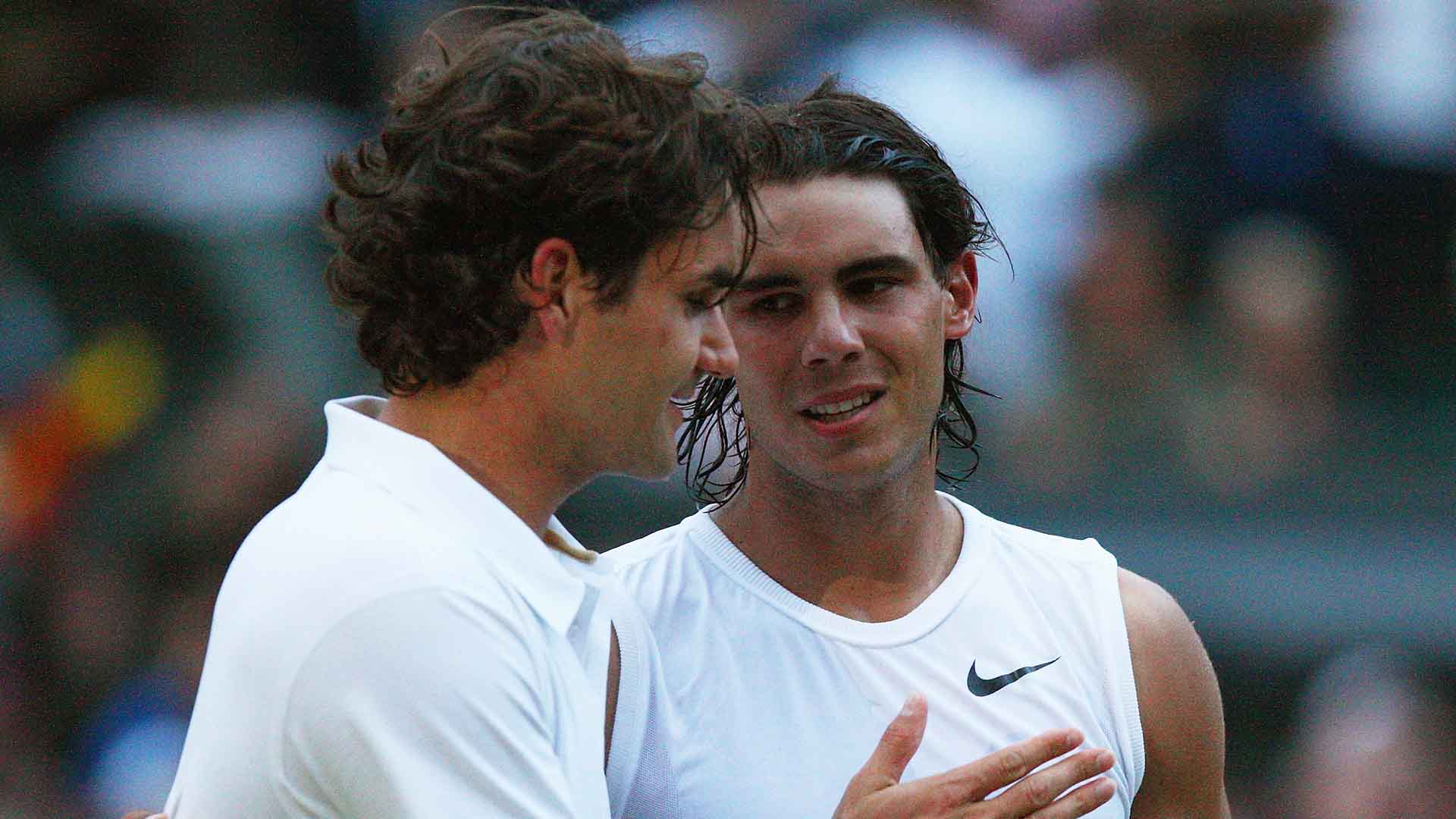 Nadal’s remaining seven Grand Slam title runs can be split into two chapters. Nadal claimed three major titles outside of Paris between visits to Wimbledon in 2008 and 2010. In one of the greatest matches in tennis history, Nadal ended Federer’s hopes of earning a record-breaking sixth straight Wimbledon trophy with a 6-4, 6-4, 6-7(5), 6-7(8), 9-7 triumph.

The 34-year-old also claimed a five-set victory against Federer to win his only title at the Australian Open in 2009, before earning a second Wimbledon trophy in 2010. Throughout the 2010s, Nadal became the most successful player of the decade at the US Open, winning four titles at Flushing Meadows.

On the other side of the rivalry, Federer has largely spread his success across three Grand Slam events. Federer has won 19 of his 20 titles across Wimbledon (8), the Australian Open (6) and the US Open (5). The Swiss completed the Career Grand Slam in 2009 at Roland Garros, beating Robin Soderling to match then-record holder Pete Sampras’ mark of 14 major trophies.

Throughout their rivalry, the two men have clashed in a record-equalling nine Grand Slam finals (Nadal leads 6-3). Those meetings have not only influenced their own major championship total, but also the tally of their greatest rival.

The victory went to Federer. The Basel native rallied from 1-3 down in a deciding set to defeat Nadal at a Grand Slam for the first time in almost a decade and move four Grand Slam trophies clear of his longtime rival. 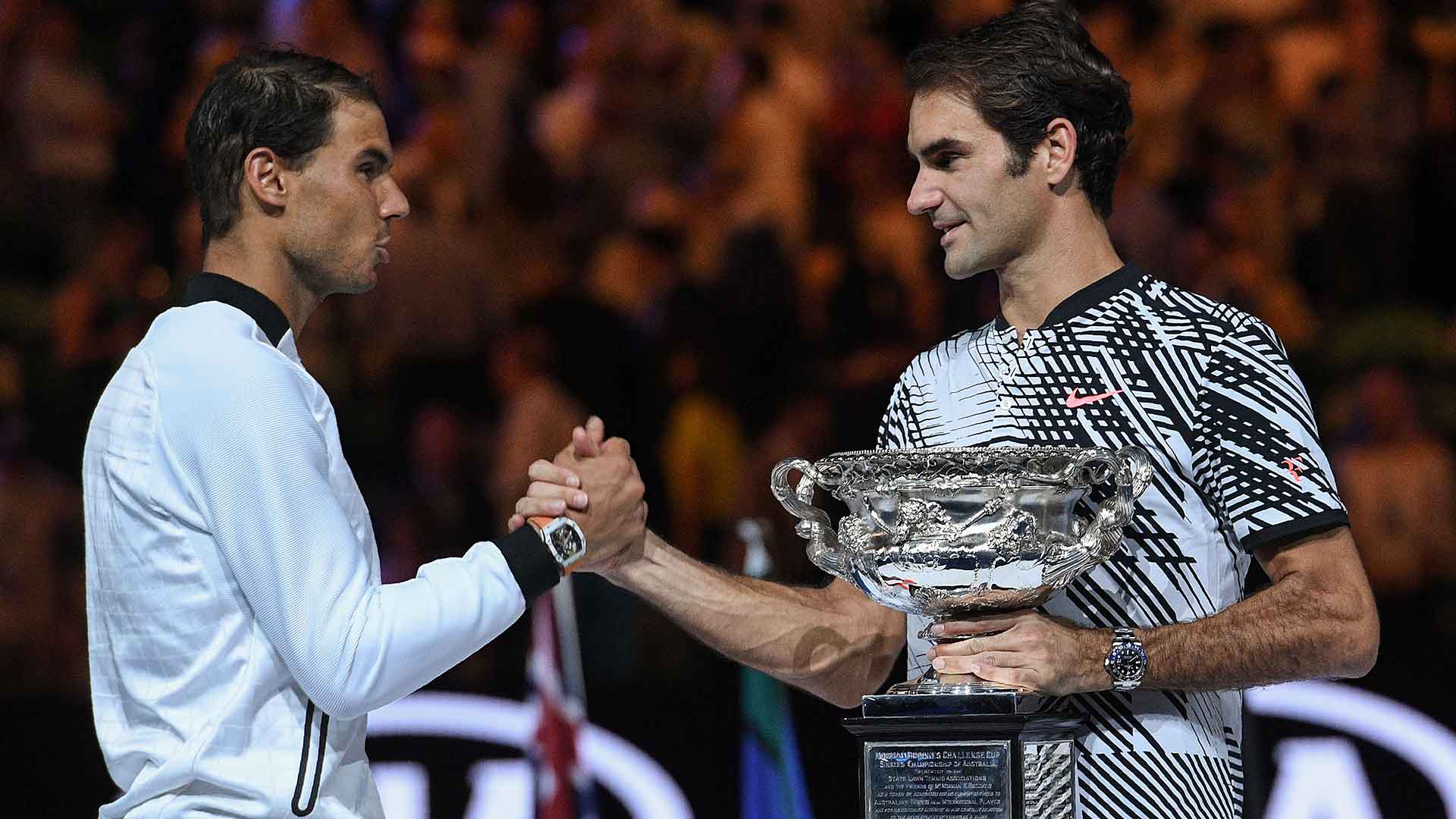 It was Nadal’s second near-miss in Melbourne, having owned a 4-2 lead in the fifth set of his 2012 final against Djokovic. Federer has also experienced disappointment from winning positions, having fallen to Juan Martin del Potro in the 2009 US Open final. The Swiss also failed to convert two championship points at 8-7, 40/15 in the fifth set of last year’s Wimbledon final, as he attempted to capture a 21st Grand Slam trophy.

But despite their rare near-misses, Nadal and Federer have enjoyed more success at this level than any other players. After defeating Nadal in the 2017 Australian Open final, Federer told his close friend, “There are no draws in tennis, but I would have been very happy to accept one and share it with Rafa tonight.”

That may not have been an option, but the pair now stands side-by-side in the history books.