ATP Staff
This article contains:
Surround yourself with the right people, Nadal advises

The 29 students who graduated from the Rafa Nadal Academy by Movistar on Wednesday afternoon were treated to words of wisdom from two Spanish tennis legends as Rafael Nadal and recently retired David Ferrer spoke to the graduating class, the academy's third. 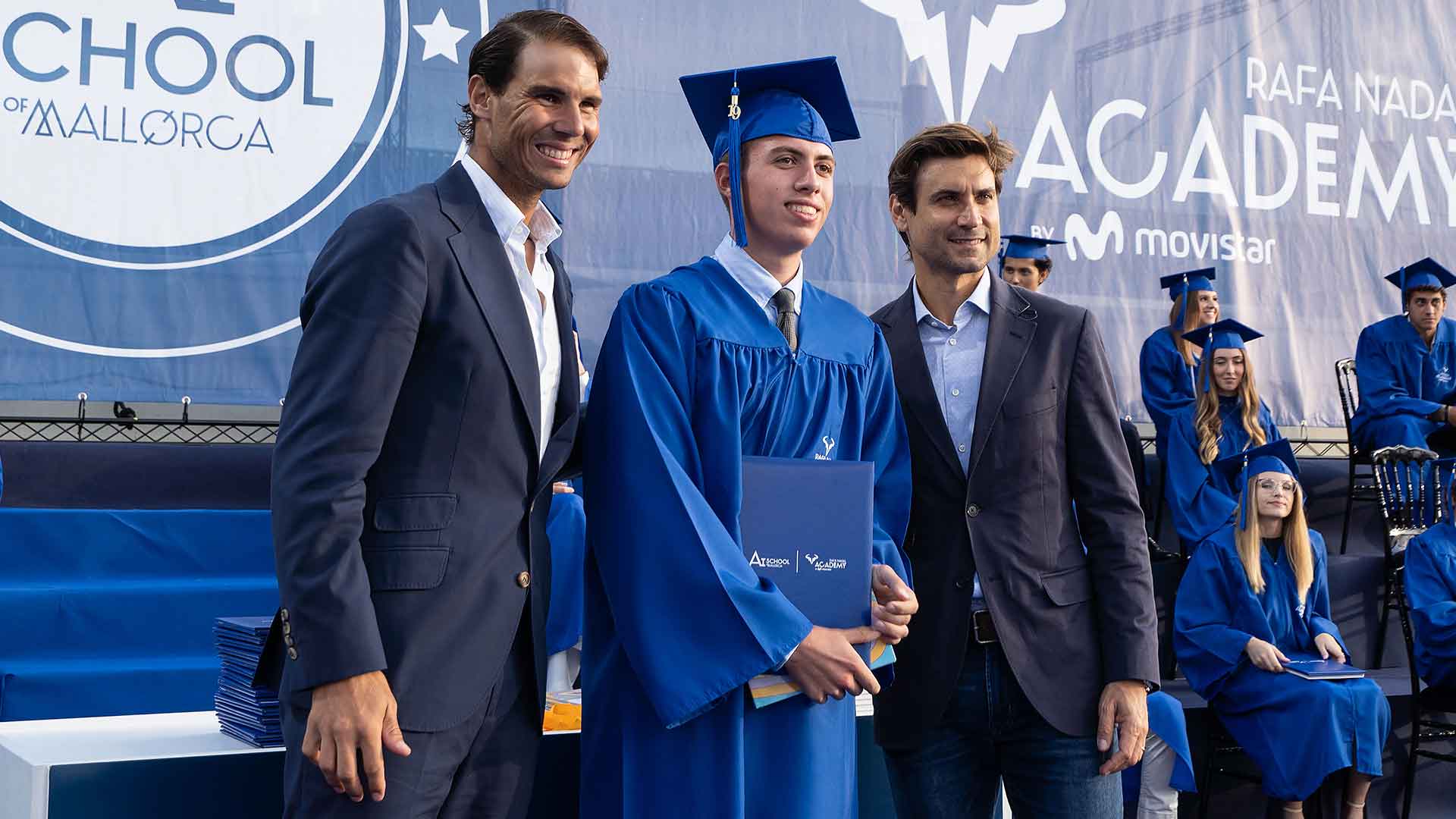 Nadal, who won his record-extending 12th Roland Garros title on Sunday, told the students to surround themselves with the right people. The Spaniard leaned on his inner circle as he recovered from injury to recently win a record-setting 34th ATP Masters 1000 title in Rome and yet another Roland Garros crown.

“When you are around good people, life is happier, life is easier, and for sure you become a better person when you have the right people around you.”

Ferrer, who retired at the Mutua Madrid Open last month, also spoke at the ceremony, which was attended by family, friends and school staff and took place in the centre court of the academy. The students attended the academy's school, the American International School of Mallorca.

Nadal is next scheduled to compete at Wimbledon, which begins 1 July. The Spaniard is a two-time champion (2008, 2010) at the grass-court Grand Slam, and will be looking to maintain his place atop the ATP Race To London.

See Who's Chasing Nadal In The ATP Race To London