Rafael Nadal and Taylor Fritz put on a show on Wednesday evening at Wimbledon, with the Spaniard prevailing in a five-set thriller to reach his eighth Wimbledon semi-final.

While the pair exchanged blows on Centre Court, a vocal crowd watched on in support, gasping in astonishment at the shotmaking that was on display at SW19. After the clash, ATPTour.com spoke to some of the lucky fans who had witnessed Nadal clinch another memorable victory on the lawns in London.

You May Also Like: Nadal Edges Fritz In Wimbledon Epic

“I thought it was absolutely amazing,” said Andre Richards [below right], aged 63 from London. “When it started we thought it was going to be Taylor’s match. Then as it went on it was so even. Over the 35 years I have been coming, that was there with the Nadal and Roger Federer final that I went to in 2008. Nadal and Federer was probably the greatest match ever and that match tonight really rivals it. It was amazing.” 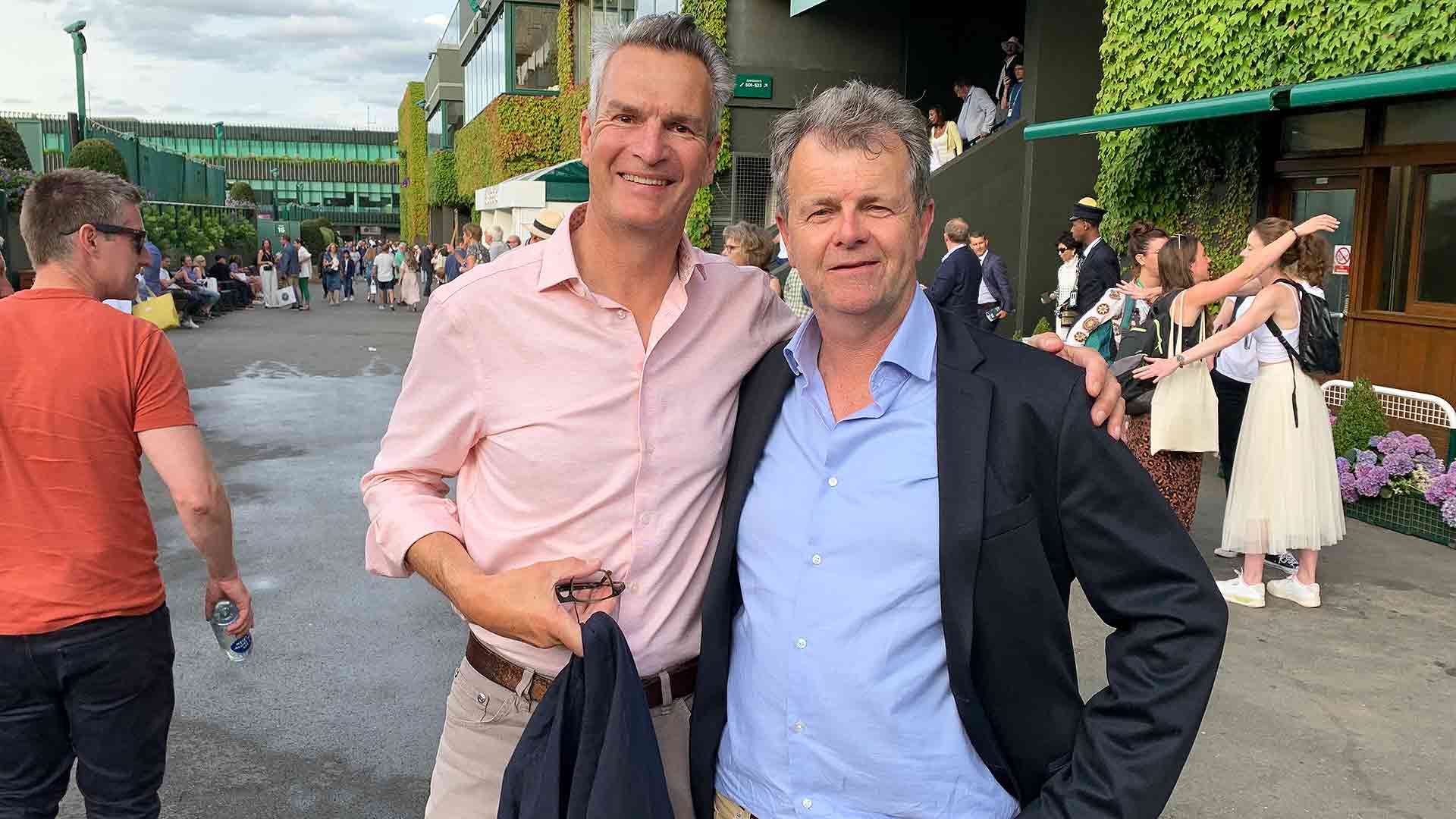 Photo Credit: Sam Jacot/ATP Tour
Babs Merrick-Phillips from Lincolnshire, England, watched the match donned out in fancy dress. For her, the victory meant a lot.

“What a match. I was chuffed for Nadal. It was point for point. The atmosphere was crazy and enthralling throughout,” Babs [below right] said alongside wife Jay [below left]. “Anybody could have won and nobody deserves to lose but experience came through on the day. Nadal is a legend and we are so happy.” 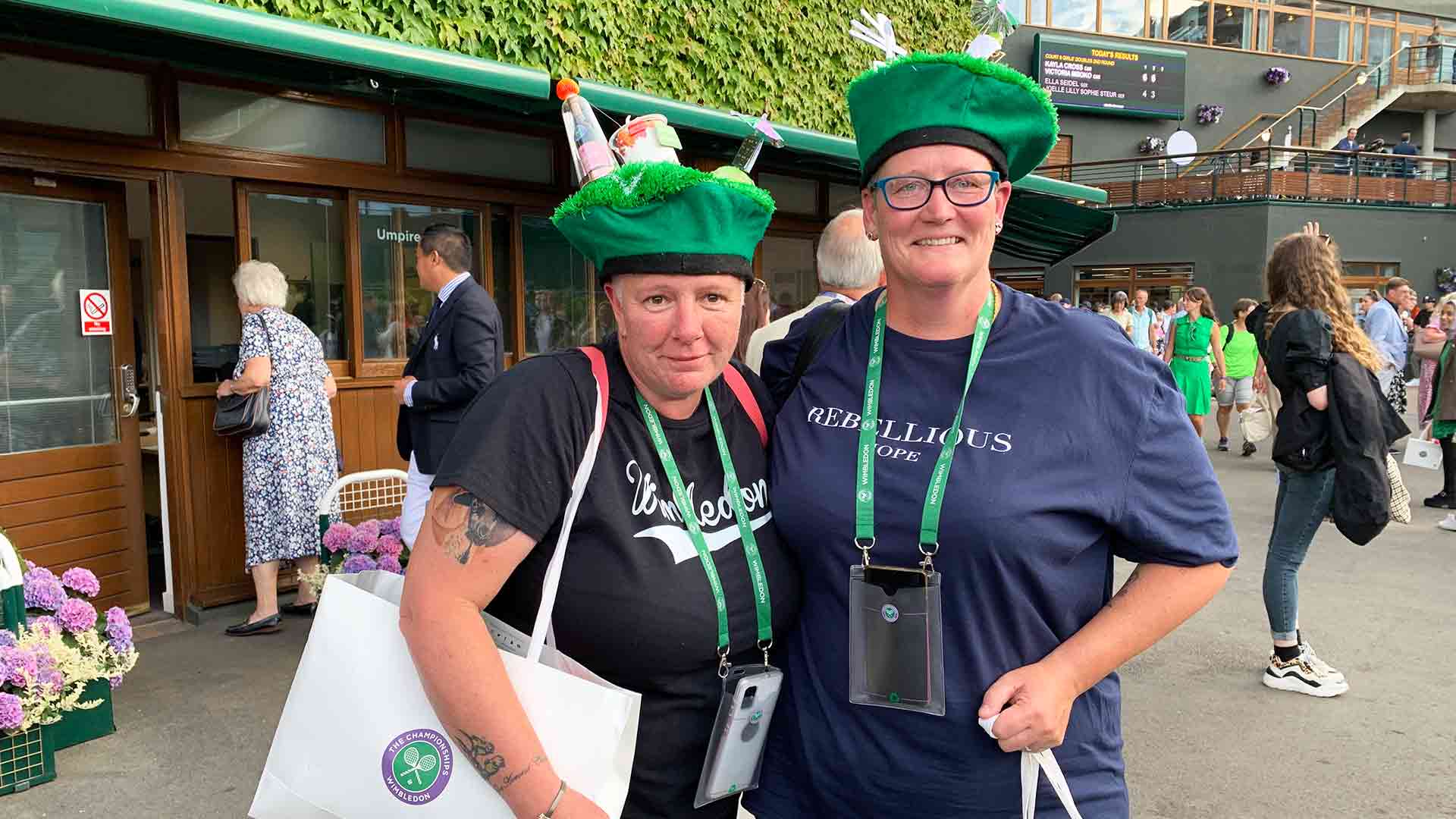 Photo Credit: Sam Jacot/ATP Tour
With fans attending The Championships from around the world, Nadal’s epic victory made the trip extra special for Trixie White from the Philippines and Harrison Bell from Texas, United States.

“I feel so fortunate to have been here today,” first-time visitor Trixie [below right] said. "It was my birthday gift from my partner [Gwyn, below left]. It was so intense, I couldn’t relax when watching. I was so nervous for Rafa. I couldn’t breathe at one point, I had to put my oils on. The energy in the crowd was amazing. It is my first time here and what a great match. I was just thinking, ‘I can’t believe I am watching Nadal!’. I have never been in a crowd like this and it was so amazing and electric.” 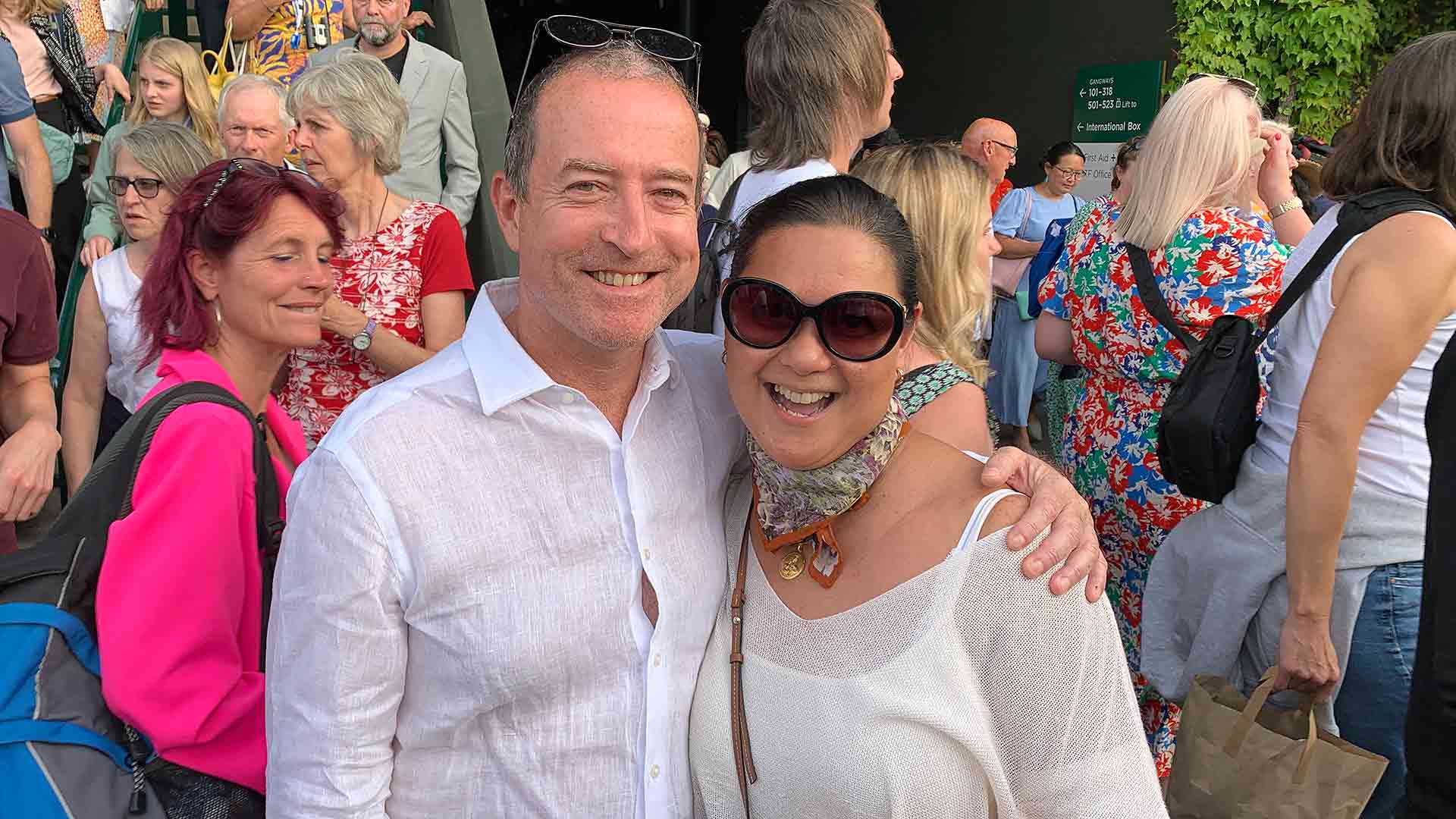 Photo Credit: Sam Jacot/ATP Tour
“I was rooting for Nadal and I was so happy for the ending,” said 18-year-old Harrison [below]. “It was so close. I had my moments where I was questioning if he would come through, but he delivered. It was my first time watching him, I am a big fan.” 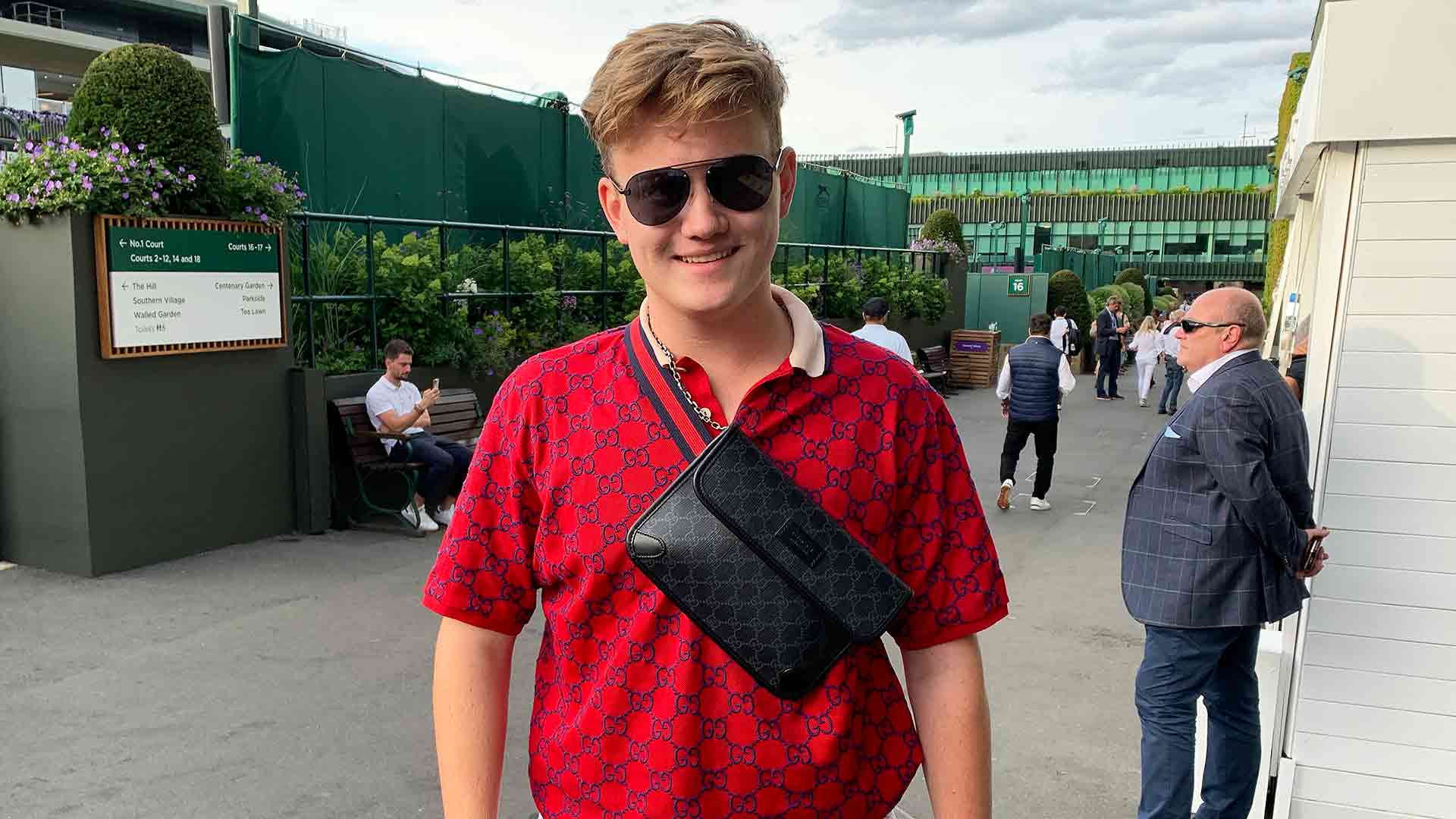 Photo Credit: Sam Jacot/ATP Tour
While the crowds roared the players on, Sue Jones from Oxfordshire said that she watched on in amazement as she tried to comprehend what she was witnessing.

“I don’t know how they do it. I don’t know how they have got the stamina, the determination to get through those tight situations,” Sue said. “I thought Nadal would win it, but I didn’t know how because he was always coming from behind. He always finds a way and he used his experience to come through. It was a fabulous match.”

For Puneet Jain from London, Nadal's victory made his week.

“Unbelievable! What more could you want. From the end of the third set, Nadal never let Fritz get away. It was an amazing match,” said the 34-year-old Puneet [below left]. “What else could you want than seeing Nadal in that form. After Australian Open, Roland Garros and now Wimbledon, I hope for a calendar Grand Slam. Loads of people were cheering for Rafa. He made everyone’s day and my week.” 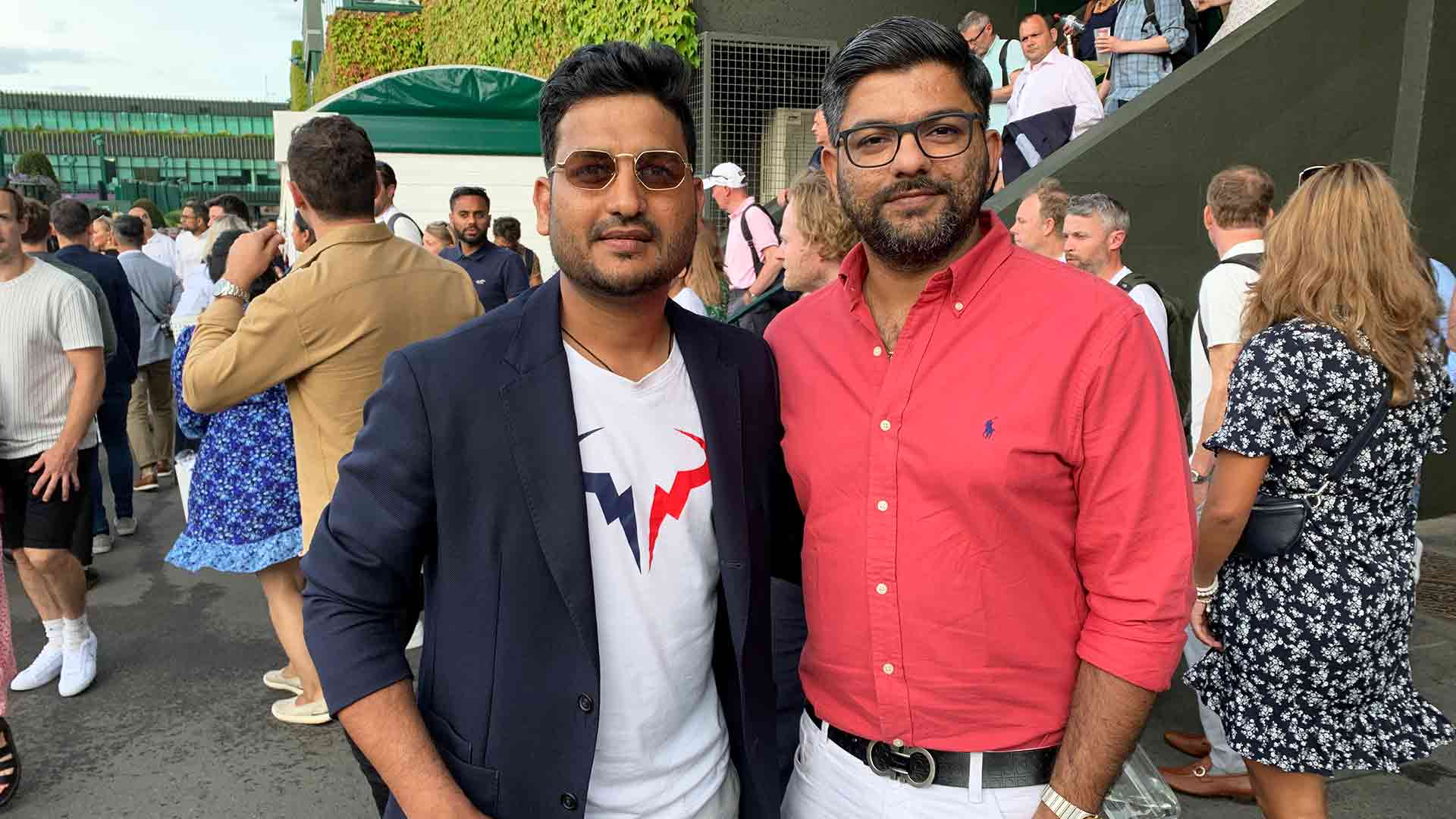