Rafael Nadal wins his 40th straight set on clay courts to move into the Barcelona quarter-finals on Thursday.

10-time champion to next challenge Klizan

World No. 1 Rafael Nadal extended his Open Era record to 40 for consecutive sets won on clay courts on Thursday as he remained on course for an 11th trophy at the Barcelona Open Banc Sabadell.

The Spanish superstar swept past his compatriot Guillermo Garcia-Lopez 6-1, 6-3 in 79 minutes for the 398th match win on red dirt of his illustrious career (398-35), which includes 76 overall titles.

Nadal was gifted his first break point opportunity at 1-2, when Garcia-Lopez hit a double fault. Nadal then clinched the break with a drop shot winner and broke once again in the sixth game, as Garcia-Lopez won only two of his first-service points in the 33-minute opener.

Nadal won nine straight games from 1-1 in the first set to 4-0 in the second set against Garcia-Lopez in their sixth FedEx ATP Head2Head meeting (Nadal leads 5-1). Garcia-Lopez, who became aggressive to recoup one service break in a run of three games, saved one match point with a crosscourt backhand winner at 3-5. But Nadal soon earned his ninth clay-court match win of 2018.

He will next aim to improve upon his 2-1 record against Slovakian qualifier Martin Klizan, who beat the Spaniard in October 2014 at the China Open in Beijing.

Earlier in the day, Klizan beat fellow left-handed and No. 12 seed Feliciano Lopez of Spain 6-1, 6-4 to reach his first ATP World Tour quarter-final since May 2017 at the BMW Open by FWU (l. to Chung).

In other action, fourth seed David Goffin showed his resiliency to reach the Barcelona quarter-finals for the first time. The Belgian improved to 4-1 against Russian Karen Khachanov in their FedEx ATP Head2Head series with 2-6, 7-6(2), 6-0 victory. Khachanov had beaten Goffin in the same round 12 months ago.

Last year, Goffin led the ATP World Tour with 14 comebacks from one set down and with a deciding-set record of 22-6. He will next meet Spaniard Roberto Bautista Agut, who beat countryman and Marrakech champion Pablo Andujar 6-4, 6-1 in 78 minutes. 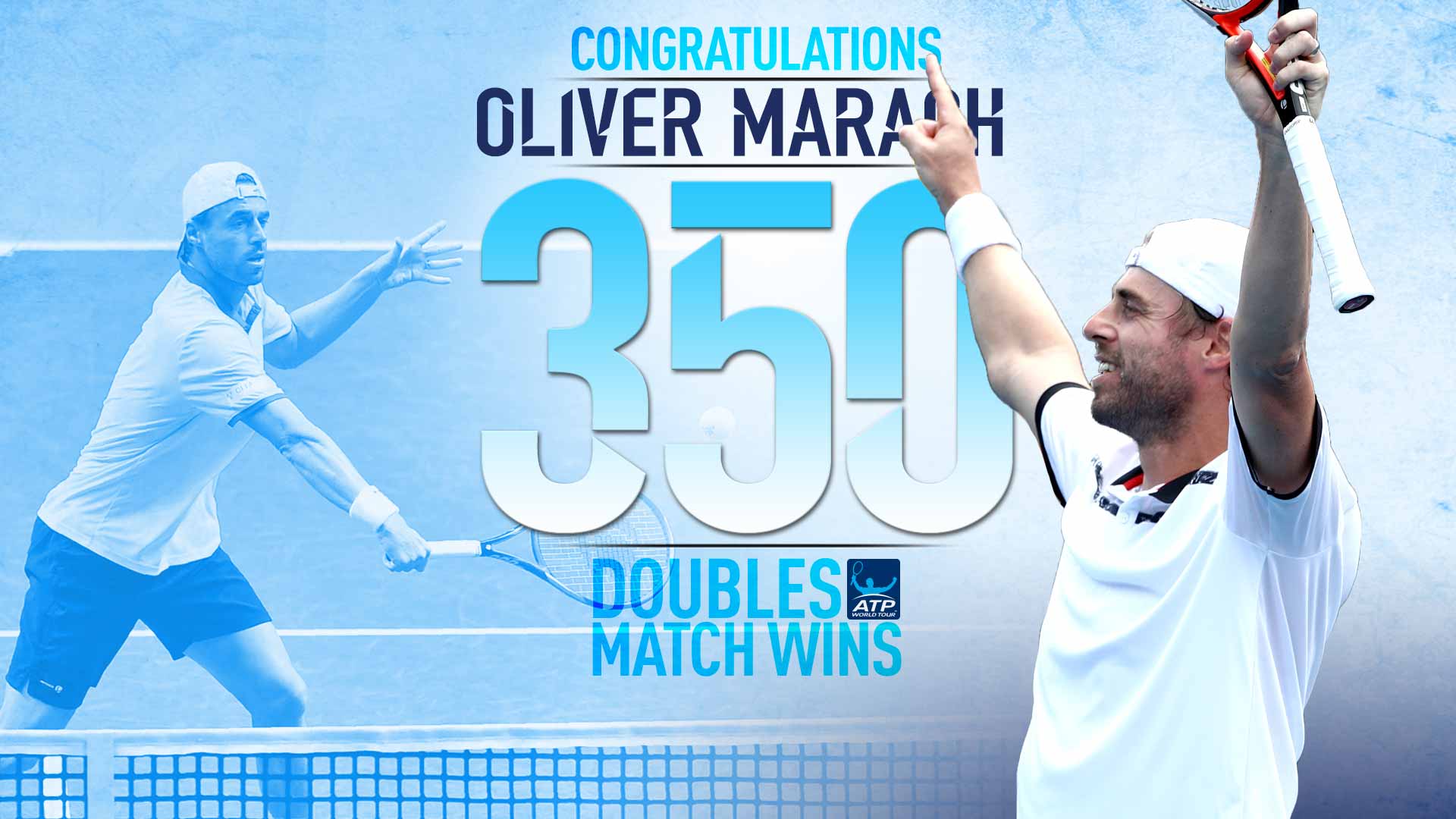 Marach Records Milestone Doubles Win
Oliver Marach recorded the 350th doubles match win of his career (350-266) on Thursday when he teamed up with Mate Pavic to defeat Spanish wild cards Roberto Carballes Baena and Albert Ramos-Vinolas 6-2, 5-7, 13-11 in the first round. The Austrian-Croatian team saved two match points at 8/9 and 9/10 in the Match tie-break.