One hundred wins. Thirteen titles. And a 26-0 record when he reaches the semi-finals. Rafael Nadal proved on Sunday that he still owns Roland Garros. In a year when nothing has been normal, it seemed fitting that Djokovic-Nadal LVI took place in the final of Roland Garros, indoors, on October 10, in front of 1,000 bundled up fans in masks.

Djokovic held a narrow 29-26 ATP Head2Head edge coming into the match, but in major finals, they were even at four wins each. With heavy conditions and balls not to his liking, Nadal’s shots were reportedly jumping three inches lower than usual during the tournament. But none of his victims in the run-up to the final were playing a sad violin for him, as the Mallorcan rampaged through his half of the draw without dropping a set.

And as Nadal bageled Djokovic in the first set, one couldn’t help but wonder if all the supposedly good reasons why this would be the year where Rafa might finally lose a Roland Garros final — the balls, the weather, the closed roof, the lack of preparation — were essentially nonsense. Come on guys, it’s still Nadal at Roland Garros, and he’s still a serial killer on clay at any time of year, in any conditions.

Djokovic had never been bageled in a major final—in fact, it was Nadal who had last whitewashed him in a set in the final of Rome last year. It took the Serb 54 minutes to win a game. After 12 French titles and 99 wins, could anyone have predicted that Nadal was saving perhaps his finest performance for win No. 100? But there he was, looking resplendent in baby blue, dancing around his backhand on the red dirt as though he was still a fresh-faced 19-year-old, blasting those lethal, inside out forehands that have given a generation of players nightmares.

Perhaps the scariest thing for every other player on the Tour to contemplate is that on Sunday on the red clay in Paris, Nadal looked better than ever at age 34 as he dismantled his great rival Novak Djokovic, 6-0, 6-2, 7-5, becoming the first man in the Open Era to win four majors without dropping a set. His form was so sublime that we must now consider the possibility that, if he wants to, the swashbuckling Mallorcan could win his favourite tournament a few more times, perhaps more!

When he finally calls it a career, how many Roland Garros titles will he own? No one in the history of the sport has won 13 times at the same tournament, but now 15 or more Roland Garros title runs doesn’t seem out of the question for the Spaniard. As long as his name appears on the draw sheet at this tournament, he’ll be the favourite. As he said on court after the match, “Roland Garros means everything to me, I’ve spent the most important moments of my tennis career here.”

It was a day for the history books and so we must now contemplate where Rafa’s achievement stands in the broader sporting picture of so-called unbreakable records. In tennis, it’s hard to imagine anyone will ever play an 11-hour match again, as John Isner and Nicolas Mahut did at Wimbledon in 2010. Will anyone have a 643 shot rally again, as Vicki Nelson and Jean Hepner did in 1984? Not a chance.

Nor is it likely that a player will come close to Chris Evert’s mark of 125 consecutive wins on clay, Steffi Graf’s Golden Slam in 1988 or Rod Laver’s two Calendar Grand Slams. Esther Vergeer won an incredible 162 singles and 134 doubles wheelchair tennis titles, a feat that will be nearly impossible to beat. 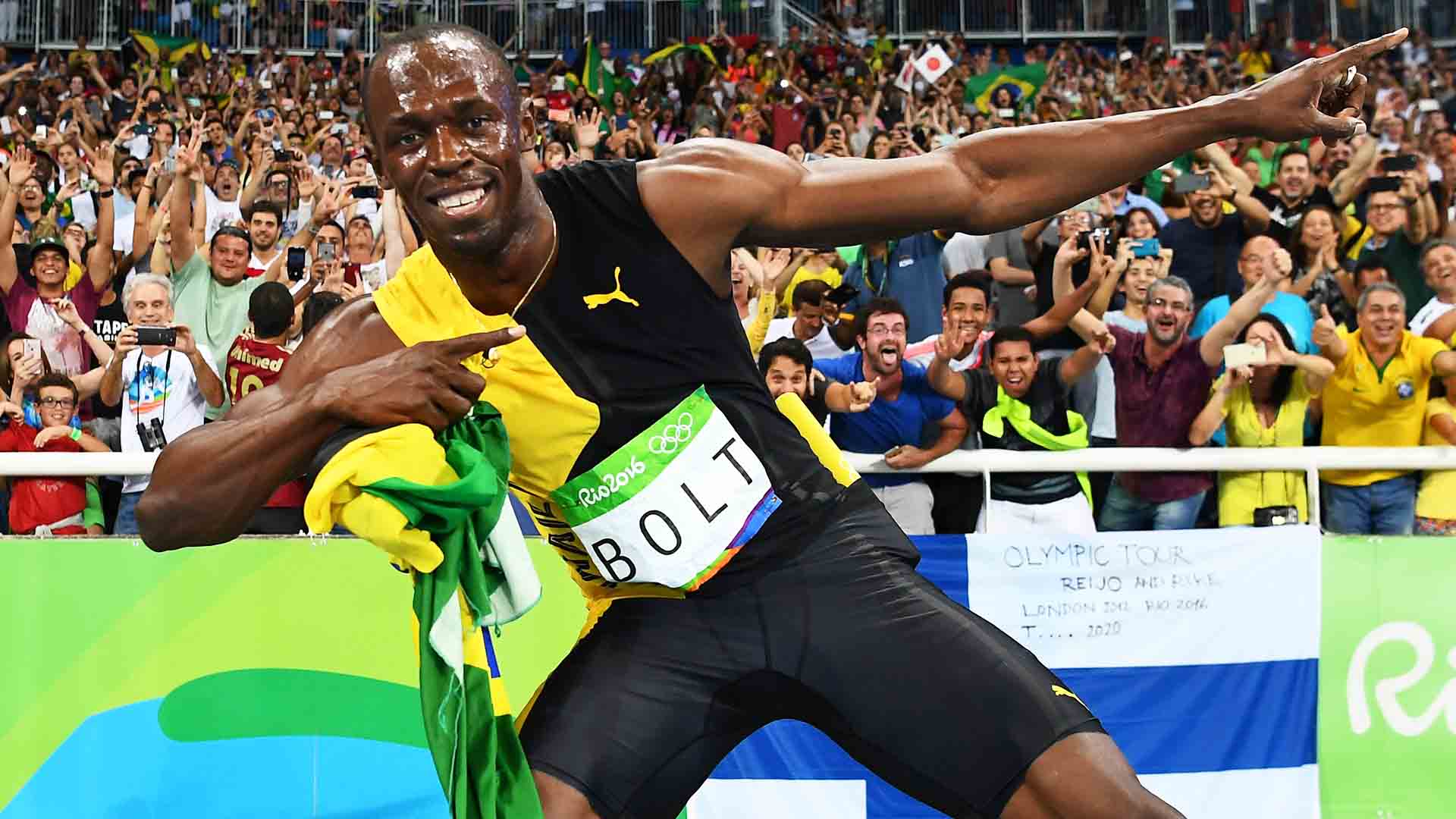 Usain Bolt is the only sprinter in history to win 100m and 200m gold medals in three consecutive editions of the Olympic Games.

In basketball, no one will touch Wilt Chamberlain’s two remarkable records — averaging 50.4 points per game in 1962, and scoring 100 points in a single game on March 2 of that year. Wayne Gretzky has a trio of records in hockey that may never be broken: 92 goals and 215 points in a season, and 2,857 career points. Pele scored 760 official goals and 1,281 goals overall, along with 92 hat-tricks and won three World Cup titles, achievements that are unlikely to be duplicated. (Josef Bican is considered the all-time leading official goal scorer with 805 career goals).

In American football, Jerry Rice’s career mark of 22,895 receiving yards is likely untouchable. Boxing's Rocky Marciano is the only heavyweight champion to finish his career unbeaten (49-0). And no golfer is ever likely to win the Masters by 12 strokes, as Tiger Woods did in 1997. The Pakistani squash champion Jahangir Khan won the British Open a record 10 times, a feat that will likely stand the test of time. Cricket’s Don Bradman’s test batting average of 99.94 is more than 36 runs better than any other batsman’s average in the history of the sport. No one believes anyone will ever come close to matching that.

Who’s going to best Nadal’s mark of 13 Roland Garros titles? In all likelihood, no one — and remember that the record may not be 13 because he’s not done yet. In order to have a shot at equaling the Spaniard’s achievement, a player would need to start winning the tournament very early in his career, probably by 20 or 21 at the latest. Remember, Nadal started winning this tournament when Facebook was still in its infancy, Twitter was still just a business plan and Capri pants and man purses were cool. 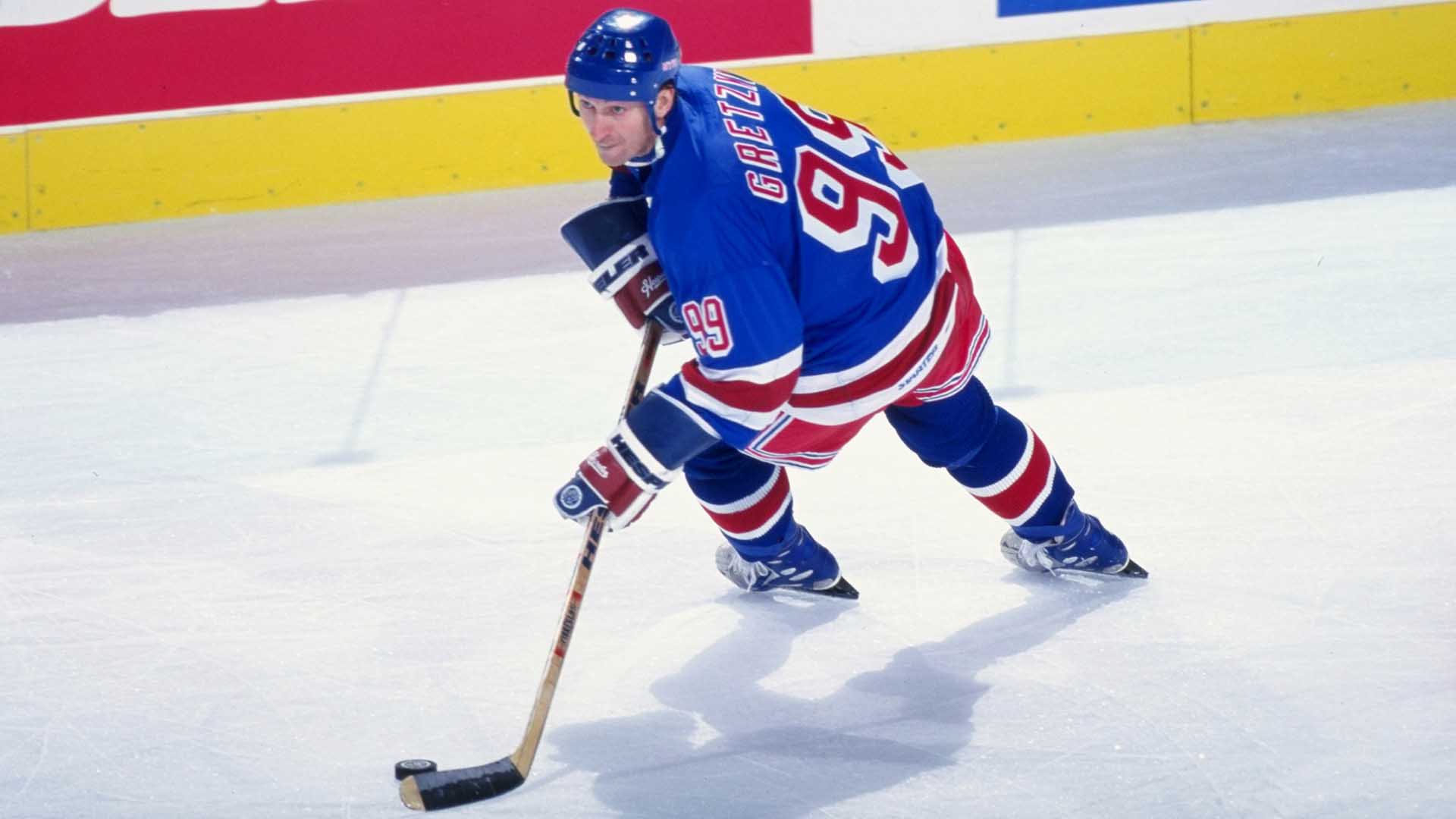 Wayne Gretzky has set records many think will stand the test of time.

We haven’t seen youngsters winning majors in the Big 3 Era and given the physicality of the sport, this dynamic isn’t likely to change anytime soon. Roland Garros is arguably the most physically challenging major to win, which makes Rafa’s achievement even more impressive. But it isn’t any more likely that a player will win 13 or more titles at any of the majors either.

Consider a few of the sport’s brightest stars aged 21 or less: Jannik Sinner (19), Alex de Minaur (21), Casper Ruud (21), Denis Shapovalov (21), and Felix Auger-Aliassime (20) are players who will be a joy to watch over the next decade or more. But it’s hard to imagine any of them reeling off 13 or more at the same major as Nadal has.

And what about Carlos Alcaraz? He’s 17 and will be 18 by the start of next year’s Roland Garros. Alcaraz has had some promising results on the ATP Challenger Tour and today in Barcelona won his second Challenger title. He’s already inside the Top 200 of the FedEx ATP Rankings. But only time will tell if he’s ready to tangle with the sport’s heavyweights.

Margaret Court won the Australian Open 11 times but before Nadal came along, the notion of any man winning even 10 of the same major title seemed unthinkable. Even when Nadal won La Decima in 2017, almost no one predicted he’d soon have 13. The beauty of sport is that seemingly unbreakable records do sometimes fall.

But Rafa’s accomplishment is a moon landing for the sport, he’s done the unthinkable — his mark of 13 Roland Garros titles is right there alongside Rod Laver’s two Calendar Grand Slams as the most impressive records in the history of men’s tennis.