World No. 1 Rafael Nadal extends his FedEx ATP Head2Head series lead against Vasek Pospisil to 2-0 with a victory Wednesday evening.

It is still too early to tell, but it appears it will take a special effort to stop World No. 1 Rafael Nadal at this US Open.

The top seed defeated former World No. 25 Vasek Pospisil 6-3, 6-4, 6-2 on Wednesday evening to move into the third round at the year’s final Grand Slam for his 12th consecutive appearance at the event. Nadal has now won 24 of his past 25 matches, improving his 2018 record to 42-3.

"Winning in straight sets is always very positive, especially under these warm conditions," Nadal said on court after the match. "[I'm] very happy about the victory, happy to be in the third round again. And for sure, to have the chance to play here in the night session of Arthur Ashe [Stadium], it’s very difficult to compare the feelings."

The Spaniard is trying to become the first player to retain the crown in Flushing Meadows since Roger Federer lifted five consecutive trophies here from 2004-08. The 32-year-old has now won nine consecutive matches in New York, his second longest winning streak at the tournament behind his 13 straight victories in 2010-11, when he won the tournament and finished runner-up.

It is an impressive stretch at the US Open, even for Nadal, considering before this successful streak, he lost in the third round and fourth round in 2015 and 2016, respectively.

It appeared the night’s clash could get tricky in the second set. Pospisil showed plenty of shotmaking ability, especially off the forehand side. The Canadian did whatever he could to play aggressively off that wing, illustrated by a point in which he ran around a backhand, well into the doubles alley, to hit a forehand, before sprinting across the court to smack a forehand passing shot for a winner from way behind the baseline. 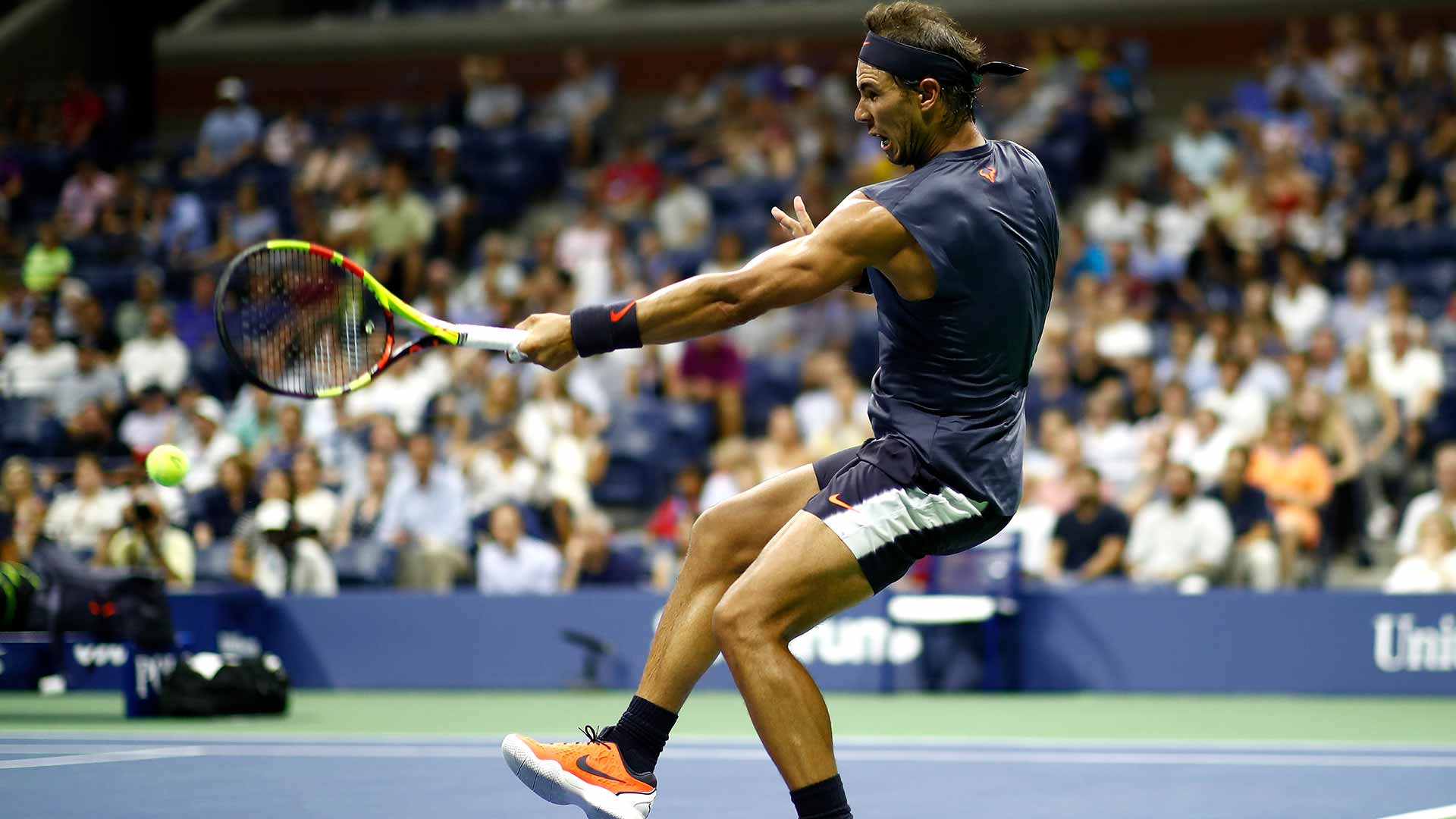 Nadal would double fault to give the World No. 88 a break in the second set. However, the 28-year-old made a slew of errors, capped by a double fault of his own to hand the break right back. And that was the only opportunity Pospisil would earn to get a true foothold in the match.

"It was important to start very well with a break. But then in the second set I had two games in a row with trouble on my serve," Nadal said. "The first one I saved, the second game I did not, he broke me and I was lucky that I played a good game to break back and then everything changed."

Pospisil was attempting to reach the third round in New York for the first time, having advanced to the second round twice previously, in 2011 and 2016. It would have been the Canadian’s second victory against an opponent perched atop the ATP Rankings, as he defeated then-No. 1 Andy Murray at the 2017 BNP Paribas Open.

Nadal’s next challenger, Karen Khachanov, dismissed Italian lucky loser Lorenzo Sonego 7-5, 6-3, 6-3 in two hours and six minutes earlier in the day. The Russian saved all four break points he faced and broke four times to move into the third round of the US Open for the first time. 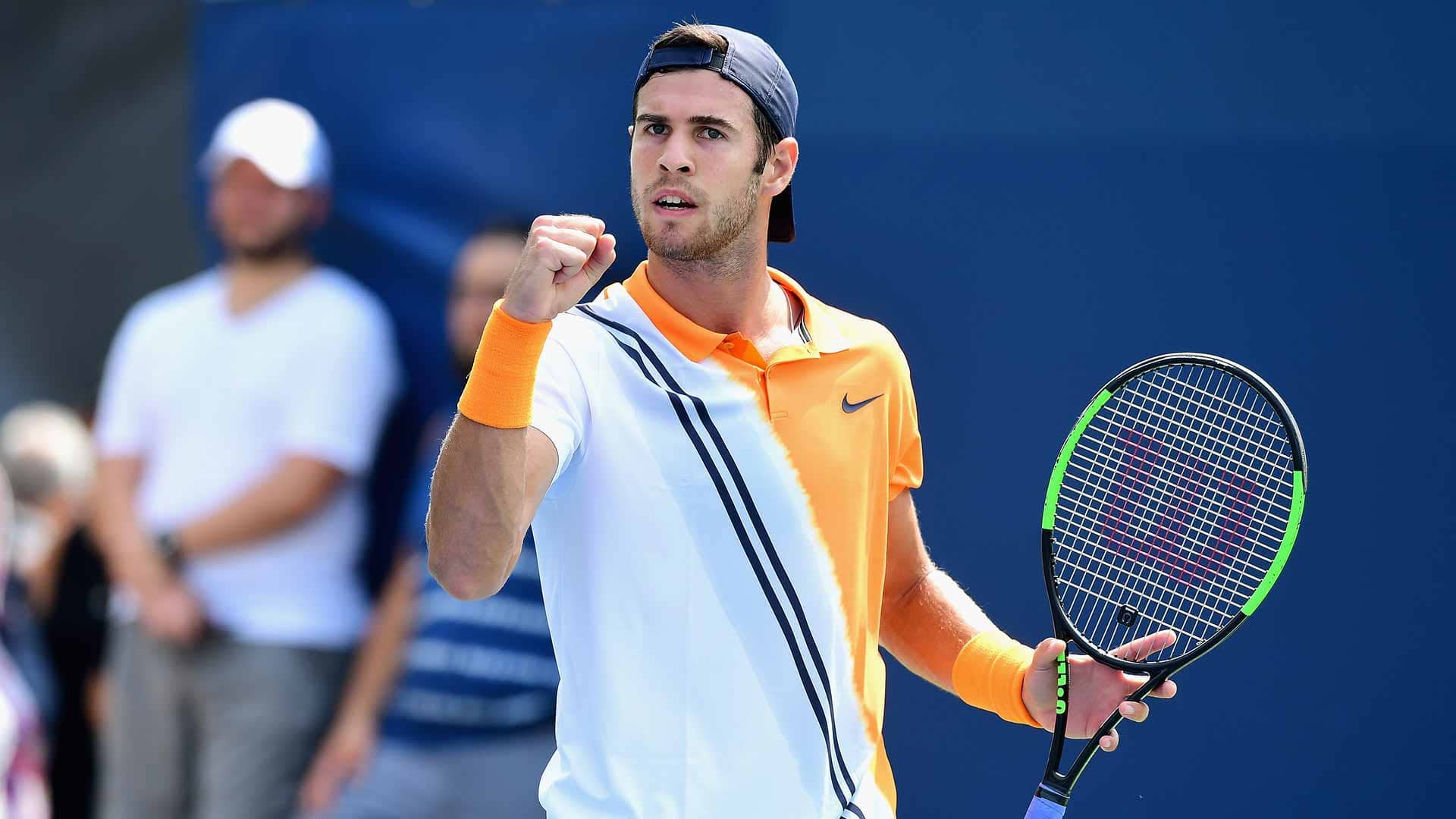 Khachanov may be seeded 27th, but he has shown tennis that can challenge some of the top players in the game, blasting his way to the Rogers Cup semi-finals, where he lost to Nadal in a tight two-setter. The 22-year-old also lifted his second ATP World Tour trophy in Marseille, defeating two Top 20 opponents in the semi-finals and final to triumph.

"He’s a great opponent. He’s a great player. Young, strong, I played against him in Toronto three weeks ago. It was a tough one," Nadal said. "[I'm] excited to play that match and I hope it will be a good one. I need to play well to try to be through and that’s what I’m looking for."

Meanwhile, Nikoloz Basilashvili rallied from a set down for the first time since May, overcoming 18th seed Jack Sock 4-6, 6-3, 6-2, 7-6(3). The Georgian, who lifted his first ATP World Tour trophy in Hamburg last month, has now reached the third round at all four Grand Slams. He fired 45 winners to prevail under the lights on Louis Armstrong Stadium.

Basilashvili's second Top 20 win of the year (also d. Carreno Busta in Hamburg) sets a meeting with Argentina's Guido Pella. It will be their first FedEx ATP Head2Head meeting. Pella dismissed Paolo Lorenzi 7-5, 6-0, 6-2 in two hours and eight minutes, and the left-hander has not dropped a set thus far at Flushing Meadows.