Match Analysis: Why Variety Proved Key For Nadal Against Medvedev

Rafael Nadal pulled off one of the most memorable comebacks of the season on Wednesday at the Nitto ATP Finals, rallying from 1-5 down in the deciding set against Daniil Medvedev to triumph 6-7(3), 6-3, 7-6(4).

Perhaps what was a surprising service tactic paid dividends for the Spaniard. One may have expected Nadal to go to his trusty lefty slider out wide in the ad court. But Nadal used great variety with his first serve on that side, winning all six points in which he went to the body with his first delivery according to Infosys' Second Screen.

Nadal struck 17 fewer aces than Medvedev, who hit 21 in the match, but the World No. 1 held his own behind his first serve, winning 72 per cent of his first-serve points compared to 75 per cent for the Russian. 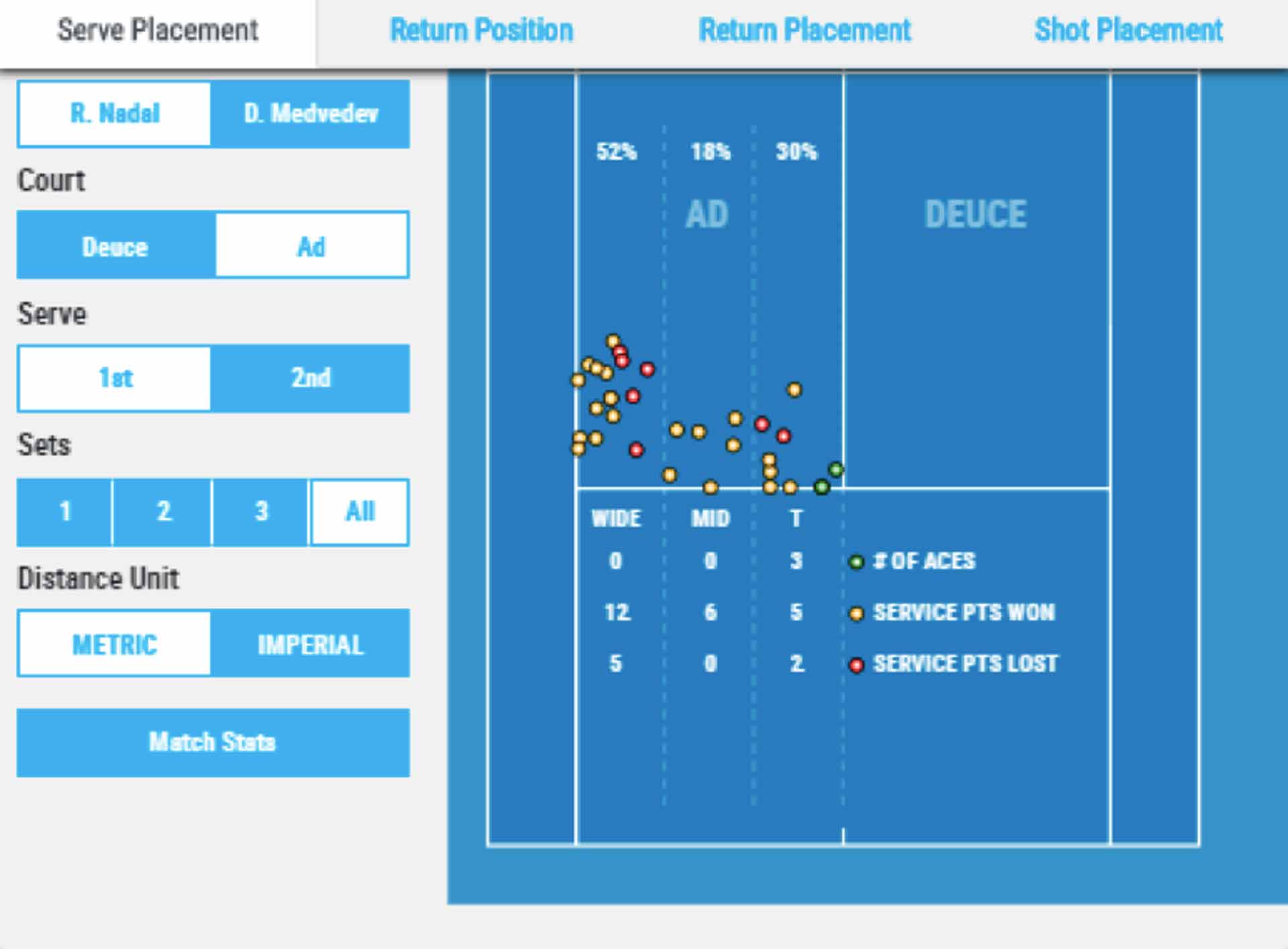 Medvedev interestingly targeted Nadal's forehand with his first serve on the ad side, and he did not hit one first serve to the lefty's body. Not only did Medvedev hit five of his 21 aces out wide in the ad court, but he won 14 of his 17 first-serve points when going in that direction. 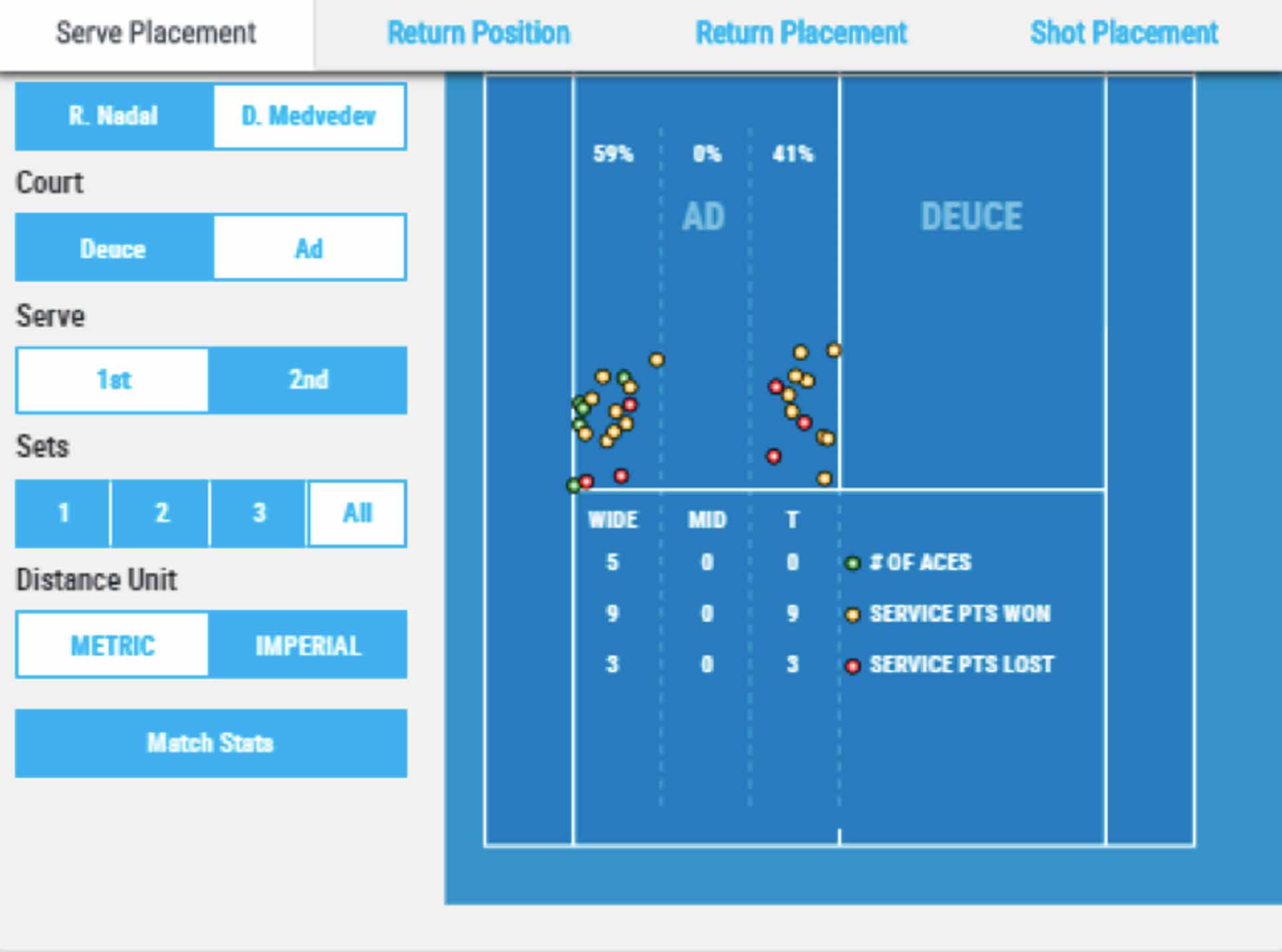 A key end-point of the rallies was the fourth shot. Nadal won 10 more points than his 23-year-old opponent in rallies that ended on the fourth ball. That discrepancy comes from Medvedev’s mistakes, as the Russian made 10 unforced errors on the fourth shot of rallies. 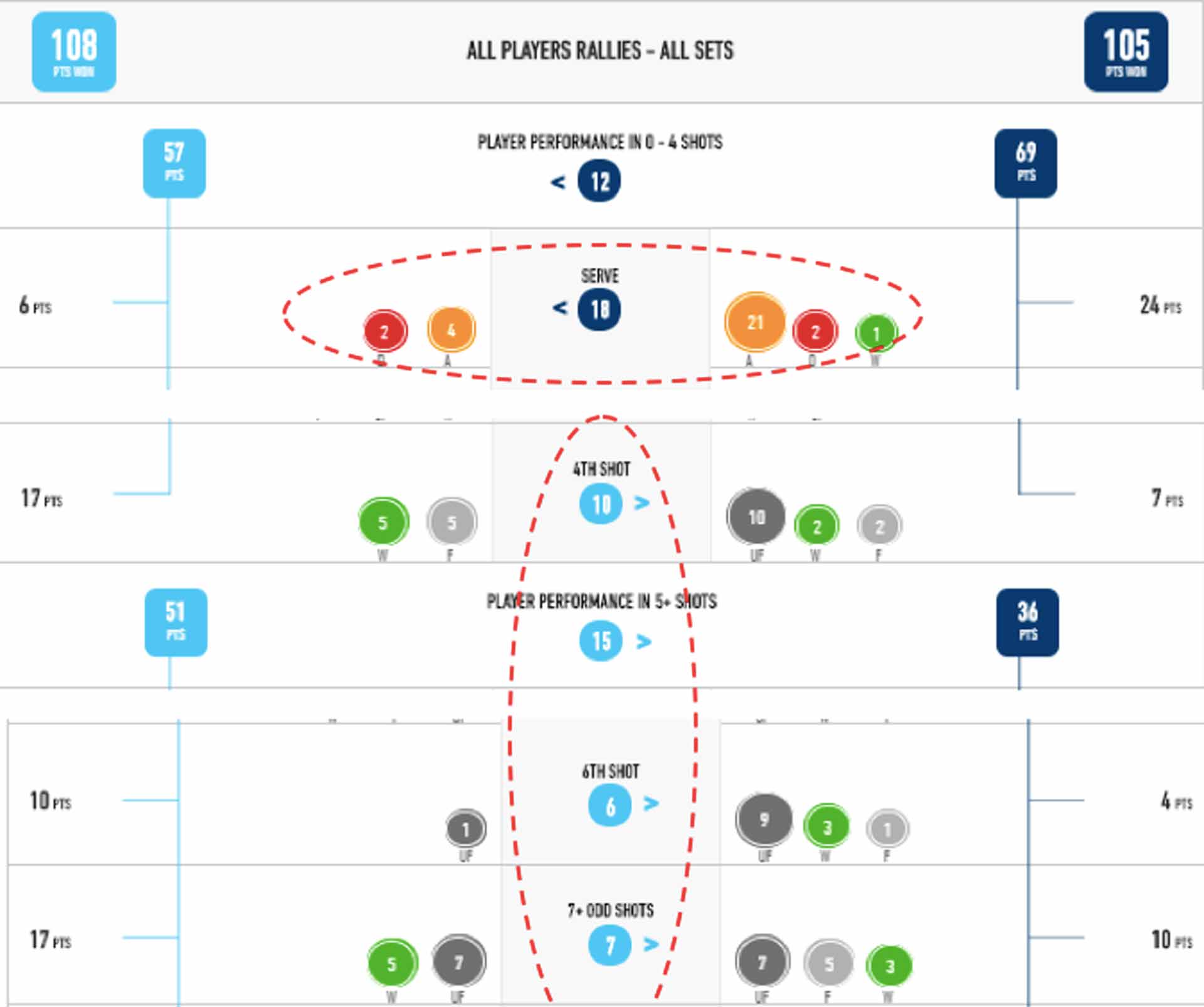 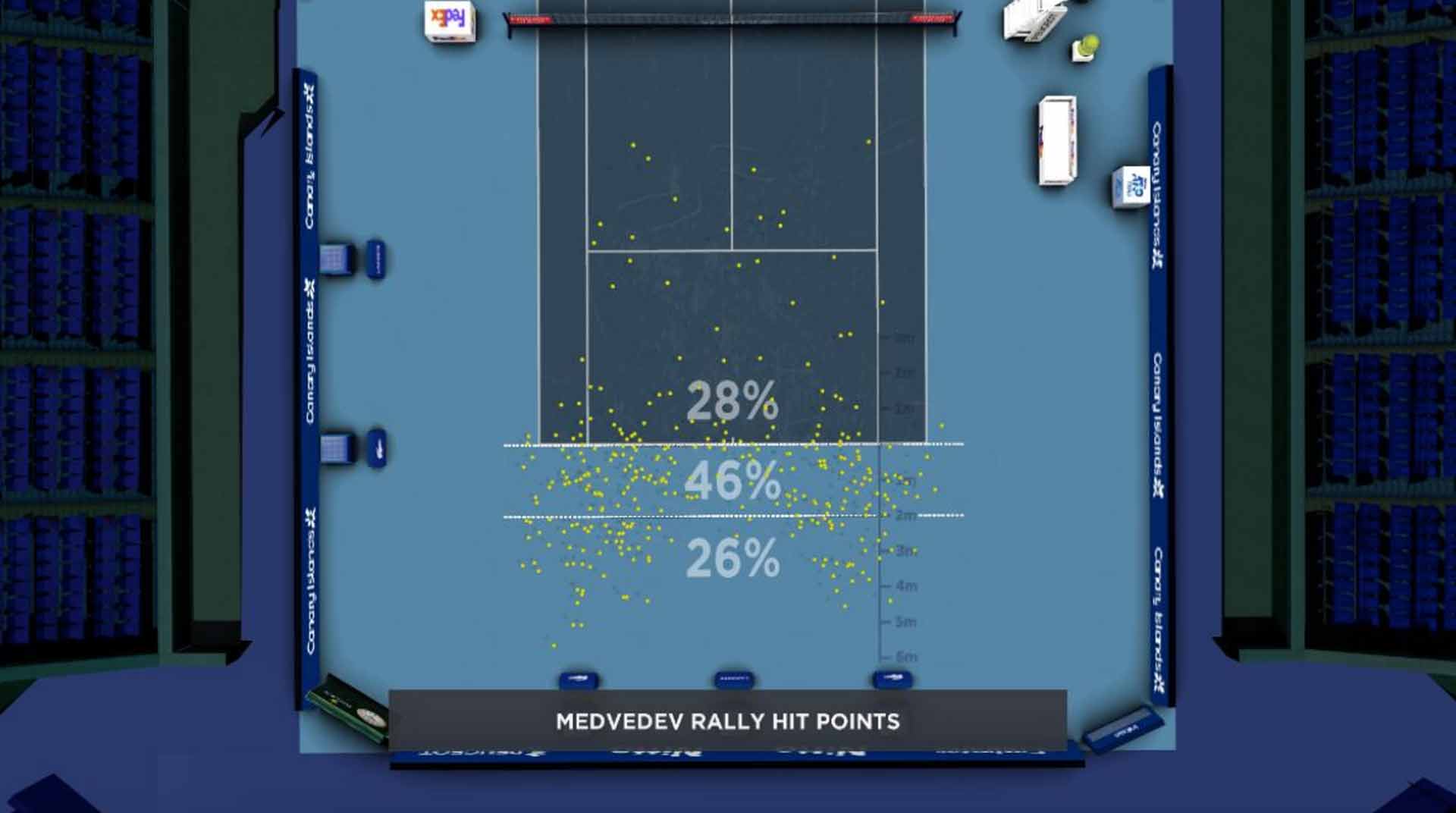 Nadal hit just 18 per cent of his shots from inside the baseline. But according to Infosys Stats+, the Spaniard made the balls he struck inside the court count. Nadal came into the net more often than Medvedev (33-23) and earned a higher success rate when he got there (70% to 48%).

The top seed also tried to change the pace of rallies, slicing nearly three times as often as Medvedev. Nadal used his slice 23 per cent of the time compared to nine percent for the Russian. 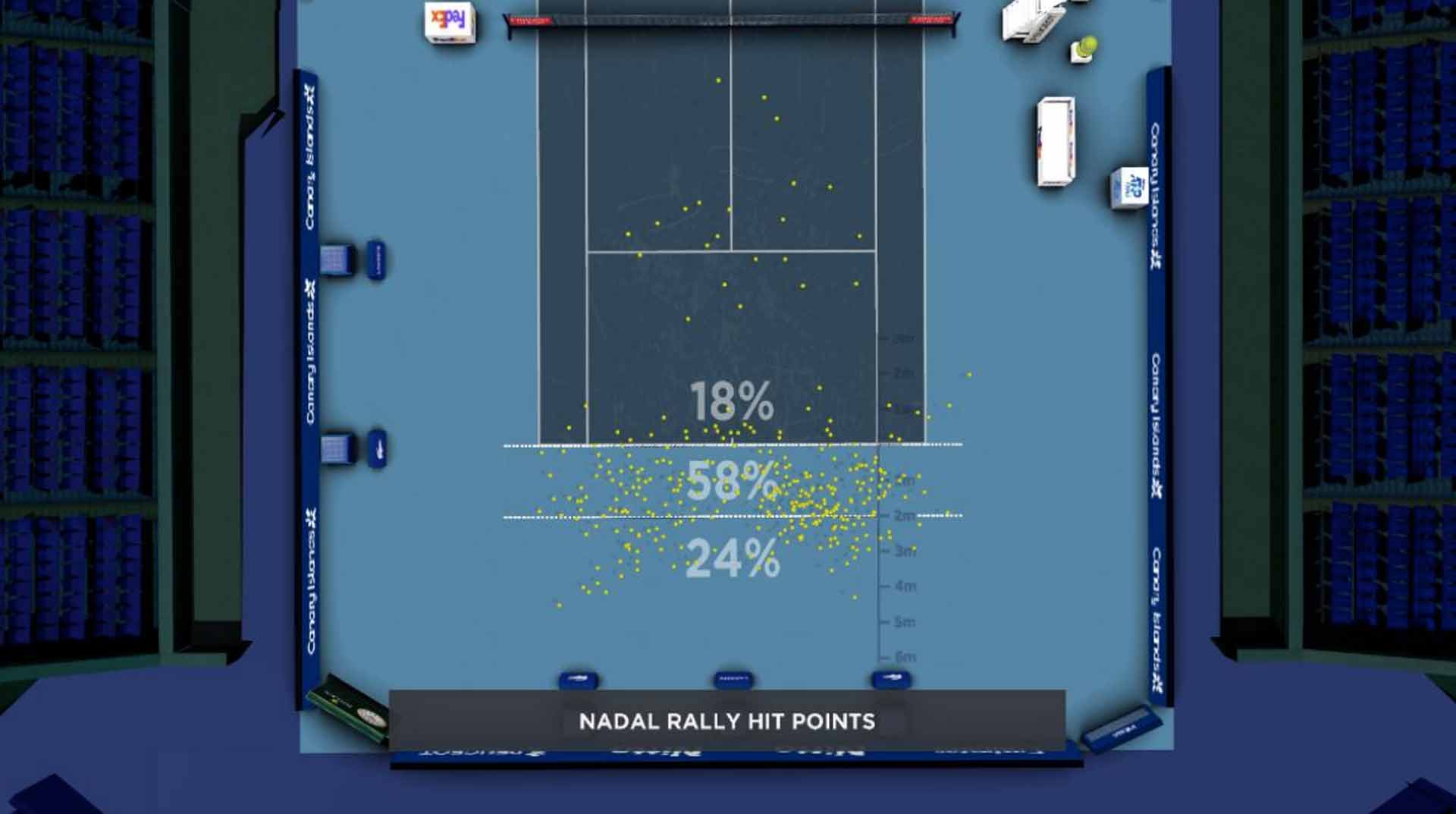 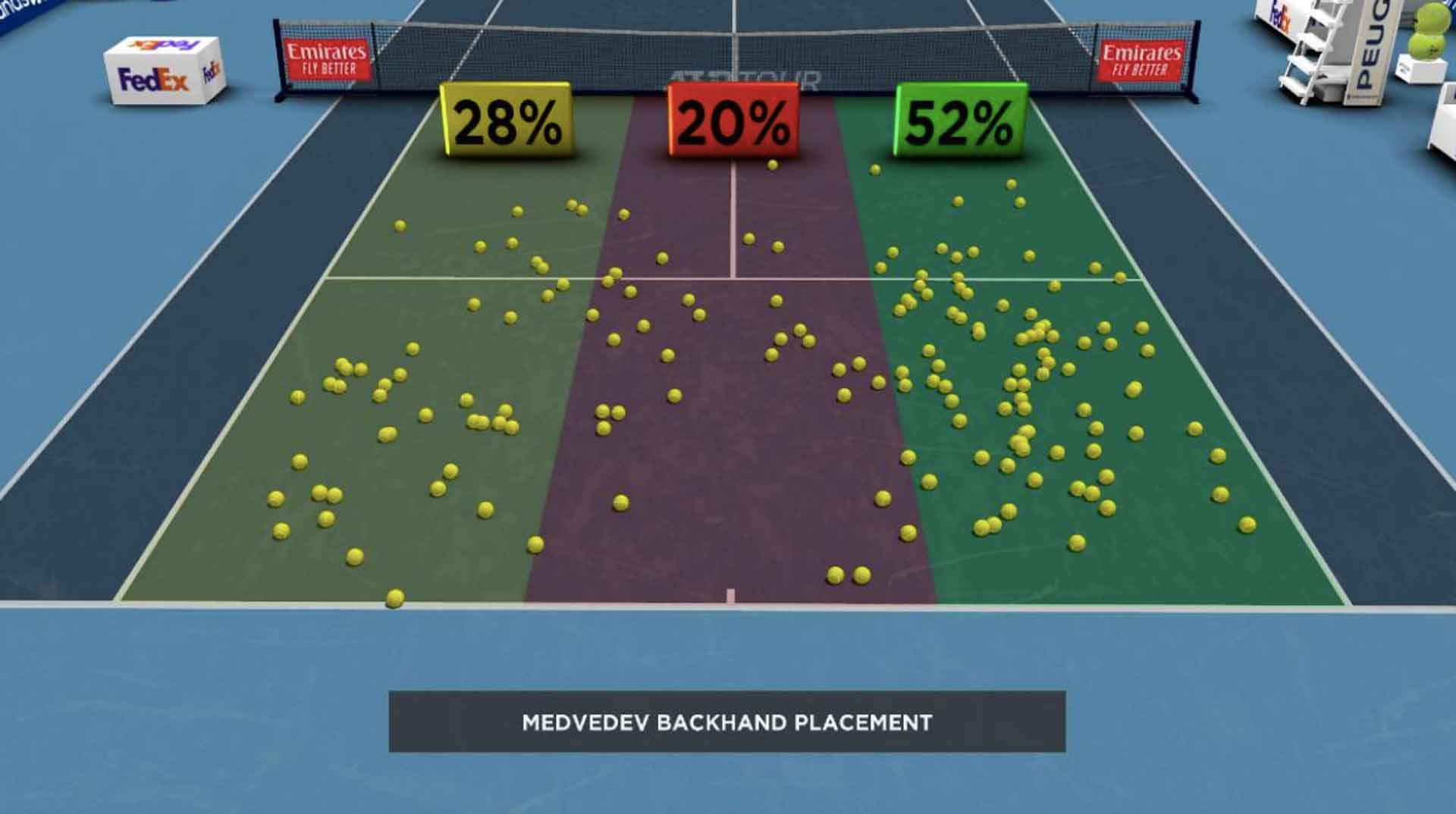 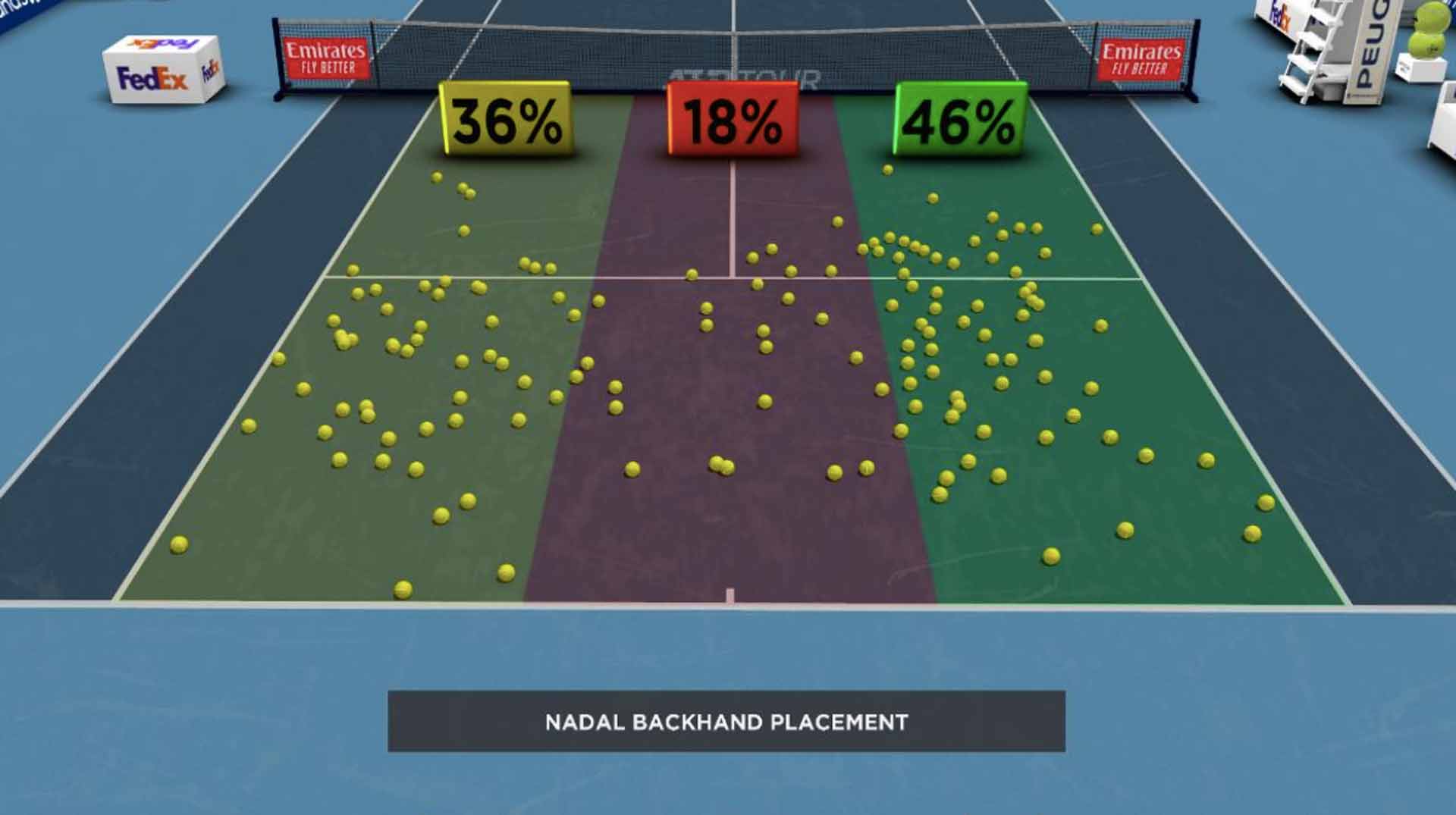 Nadal will hope his game plan pays off in his third round-robin match against Stefanos Tsitsipas, as he continues his pursuit of a semi-final berth at The O2 in London.