What Nadal Hopes To Change In London

Rafael Nadal owns 86 tour-level trophies and achieved a career milestone earlier this year at Roland Garros by tying Roger Federer's Grand Slam titles record with his 20th major trophy. The 34-year-old is hoping to end his 2020 ATP Tour season with another memorable moment in London.

Nadal will be chasing the biggest title missing from his resume at the Nitto ATP Finals. The two-time runner-up has claimed two indoor trophies throughout his career and has his sights set on adding a third crown to that list at the biggest indoor event on the ATP Tour.

“We can find excuses or reasons but, at the end of the day, the numbers are the numbers,” said Nadal. “I think I played less indoors than on the other surfaces, without a doubt… The indoor surfaces have not been the ideal surfaces for my tennis game since the beginning of my career.

”I think I am able to play a little better in the past couple of years indoors than I did at the beginning of my tennis career, without a doubt, but [these are] the numbers. I can’t say something different. I hope to change that this week.” 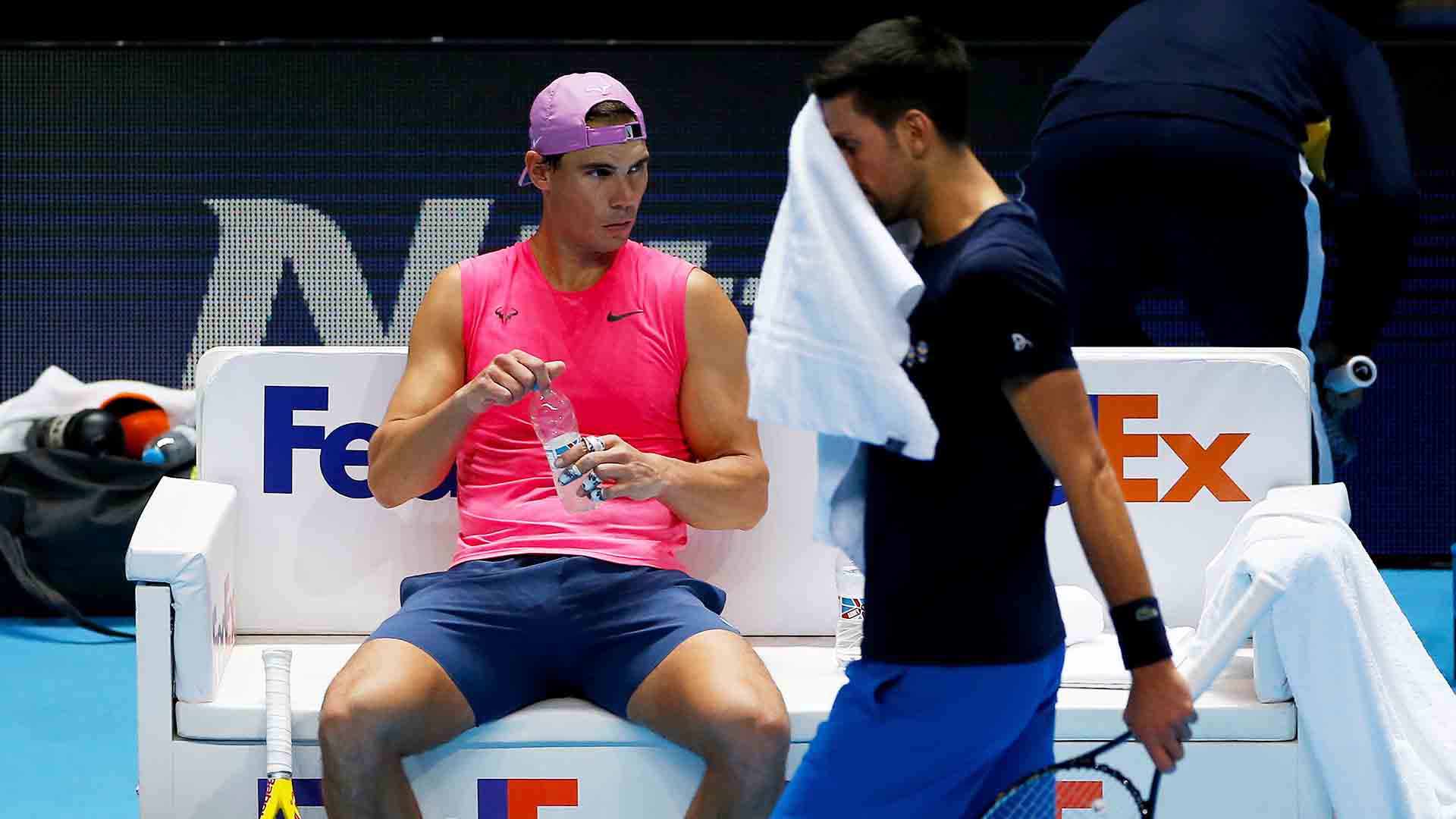 Nadal, who has qualified for the Nitto ATP Finals for a record 16 consecutive years, is competing indoors for just the second time this year. Last week, the Spaniard made his 2020 indoor debut at the Rolex Paris Masters.

The World No. 2 earned three victories at the ATP Masters 1000 event against Feliciano Lopez, Jordan Thompson and Pablo Carreno Busta to reach his fifth semi-final in eight visits to the Accor Arena. Nadal’s Paris run was ended in the semi-finals by fellow Nitto ATP Finals qualifier Alexander Zverev.

The 20-time Grand Slam champion will not have to face Zverev in the round-robin stage of this event, but he will face tough opposition in each of his three Group London 2020 matches. Nadal shares his group with US Open champion Dominic Thiem, reigning Nitto ATP Finals titlist Stefanos Tsitsipas and in-form Russian Andrey Rublev.

Nadal will open his title bid against Rublev in the evening session on Sunday. The Russian, who won back-to-back indoor trophies in St. Petersburg and Vienna this year, is making his tournament debut at the elite eight-man event.

“I don’t know how close I am to the perfect preparation,” said Nadal. “I tried to fight hard in every single match in Bercy. That put me in a position that I already played four matches on this surface and hopefully that can help me here, but there remains two days for me to practise here. I hope to be ready to accept the challenge to play against such difficult opponents like Rublev in the first [match].”

You May Also Like: Groups Are Set For 2020 Nitto ATP Finals

With the Nitto ATP Finals moving to Turin next year, this is the last time Nadal and his fellow season finale rivals will get to contest this event at The O2. For Nadal, who competed at the first edition held in London in 2009, the experience of playing at one of the most iconic entertainment venues in the world over the past 12 years has been one of the highlights of his career.

“The experience of playing the Nitto ATP Finals at The O2 here in London has been one of the best, without a doubt,” said Nadal. “The atmosphere in this amazing stadium, the organisation has been great, the event has been very popular around the world. I think the ATP did a great job choosing The O2, choosing London and creating a fantastic event for so many years… [I just want to] congratulate London for this amazing 12 years that we have been playing here. I expect to have another great event in Turin.”