Rafael Nadal reacts to receiving the ATP Tour No. 1 trophy for the fifth time on Friday at the Nitto ATP Finals in London.

Spaniard finishes as year-end No. 1 in ATP Rankings for a fifth time

Rafael Nadal was honoured on court Friday afternoon at the Nitto ATP Finals, receiving his ATP Tour No. 1 trophy from ATP Executive Chairman and President Chris Kermode for finishing as the year-end No. 1 in the ATP Rankings.

“This trophy is an achievement for all year round, so personally today I can't thank you all enough for all the support for this match [today] and all the time I have been playing here in London,” said Nadal, during the on-court ceremony.

“I would like to thank, because it's something I really feel from the bottom of my heart, all the fans, all around the world, who give me the support every single week that I am playing.

“It's very difficult to describe the feeling when you are on court, when you walk on and you feel the support and the love from that many people. So just thank you very much everybody, all around.”

Year-end No. 1 for the fifth time in his career 🙌

Nadal, who replaced Novak Djokovic at World No. 1 on 4 November, has enjoyed a stellar season, capturing four titles — including two Grand Slams and two ATP Masters 1000s. He has compiled a 53-7 match record in 2019, following his Group Andre Agassi victory on Friday over Stefanos Tsitsipas. At 33, Nadal is the oldest player to finish year-end No. 1 in the history of the ATP Rankings (since 1973).

You May Also Like: Nadal Clinches Year-End No. 1 ATP Ranking For Fifth Time

“I am super happy," said Nadal. "Honestly, after all the things that I went through in my career, in terms of injury, I never thought that at the age of 33 and a half, I would have this trophy in my hands again. So it's something really, really emotional for me. A lot of work [goes on] in the shadows to be where we are today. And without all my family, who are here next to me, this would be impossible. I just want to say thank you very, very much everyone for the support.

“To all the fans and to all the ATP staff, we have a great tour. All the workers make us feel great every single week, all around the world, so many thanks to all the people who work for the ATP and make the players and the fans enjoy a great tour.” 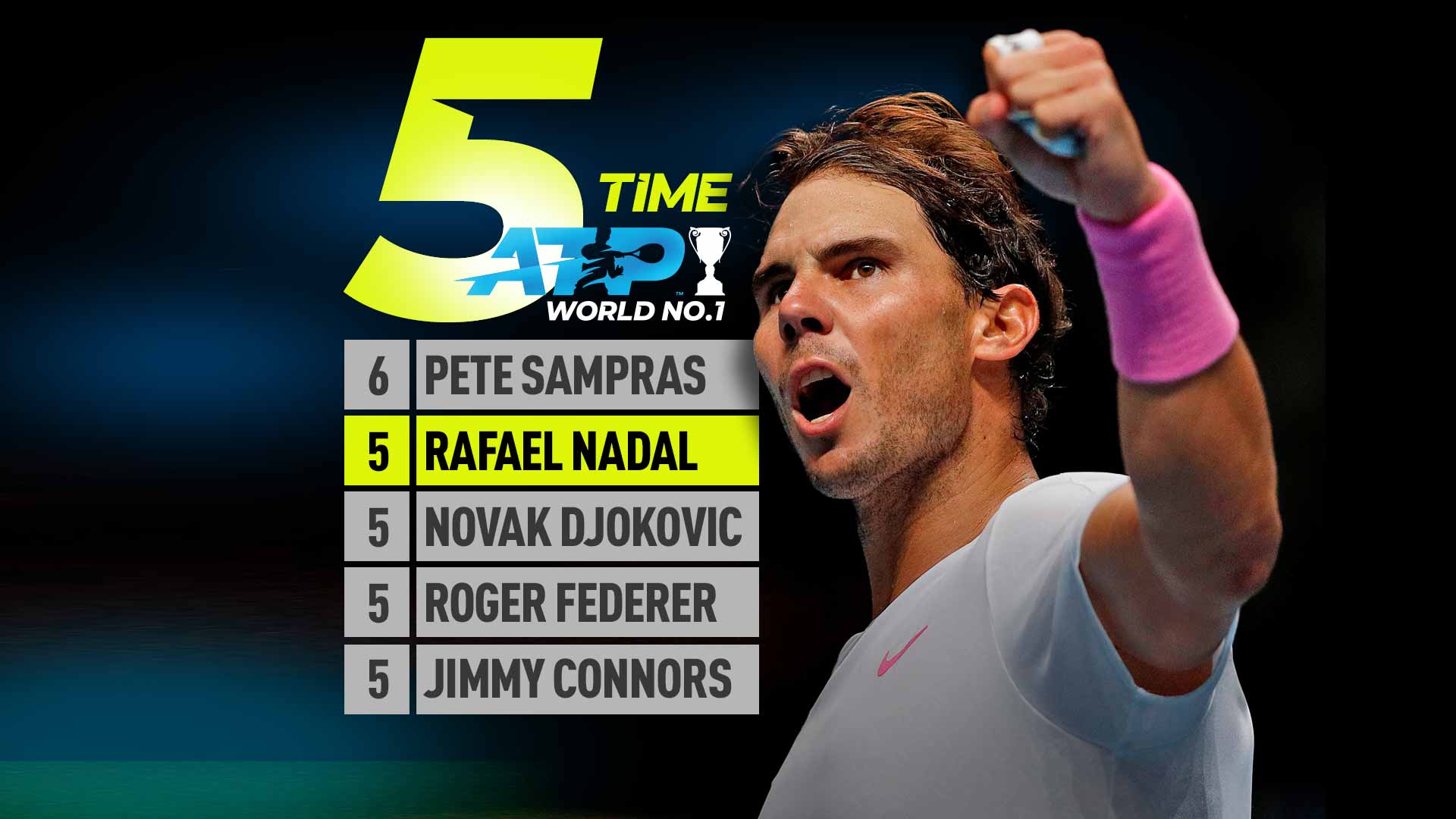 During the ceremony, Nadal additionally thanked Kermode, who is ending his six-year tenure as ATP Executive Chairman and President at the end of 2019. “Thanks Chris for everything,” said Nadal. “It is a real honour to receive this trophy from you. So many thanks for all the things you did well for our sport, Chris.”