Rafael Nadal dictated with his forehand all fortnight at Roland Garros.

The Four Keys To Rafa's Dominating Forehand at Roland Garros 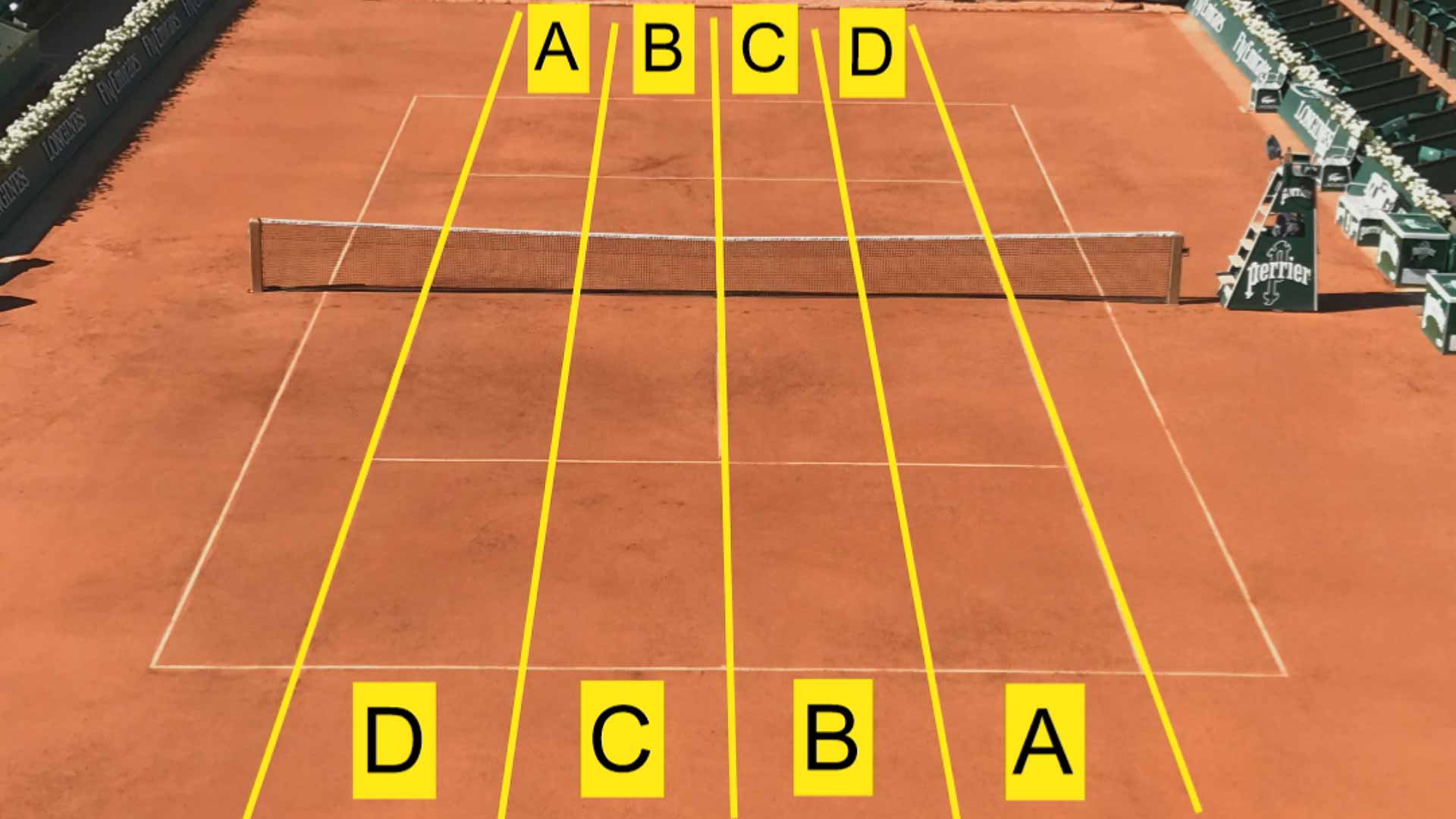 Rafael Nadal pounded 126 forehand groundstroke winners from around the baseline over the past two weeks in Paris to win an unprecedented 11th Roland Garros title on Sunday. No piece of real estate mattered more to him than Position A.

Nadal defeated Dominic Thiem 6-4, 6-3, 6-2 in Sunday’s final, hitting 14 forehand winners from the back of the court, with nine (64 per cent) of them powering through his favourite forehand finishing location of A.

Tennis is a very much a C to C sport when rallying. Typically, two right-handed players trade blows through the Ad court at each other’s backhands, but don’t rally wide to D because there is too much risk with the singles sideline in play.

For Nadal, C is the perfect place to set up the point. Position A is where he drops the hammer.

You May Also Like: The Surprising Way Nadal Won His Eighth Rome Title

A study of Nadal’s forehand winners from seven matches at Roland Garros this year reveals the key patterns of play that formed the foundation of the Spaniard’s run to the title – and undoubtedly heavily contributed to his preceding 10 titles in Paris.

Nadal’s forehand has never been studied in such detail, with the following four elements revealing the inner workings of the biggest baseline weapon in the modern game.

1. Winners Go To A
Being left-handed, we naturally fixate on Nadal dominating through the Ad court to C and D against right-handed opponent’s backhands. That’s just where he sets the point up. Those are the body blows.

Nadal played five right-handed and two left-handed opponents at Roland Garros the past two weeks, and his game plan remained basically the same against them all: run around his own backhand in the Deuce court and finish out wide to A.

2. Forehand Winners Are Struck From B & D
Nadal loves to run around his backhand and hit forehand winners standing in B, as well as go big from out wide in the Ad court from D.

When Nadal was standing in D, he hit a remarkable 80 per cent (33/41) of his forehand winners right down the line to Position A. Opponents typically want to cover the crosscourt, sitting on Nadal’s heavy, lefty forehand to their backhand. That’s exactly the finishing trap that the Spaniard looks to exploit.

3. Forehand Winners Happen More When Serving
We have never really made the connection between hitting forehands and hitting serves, but the two lived in perfect harmony for Nadal at Roland Garros. Right at two out of three of his forehand winners came when he was serving.

On the surface that does not seem impressive, but take into account that errors made up 66 per cent of total points at Roland Garros this year, and those 43 per cent of errors are viewed in an upgraded light.

Forehands to A took another major title in Paris on Sunday.