Rafael Nadal extends his record at Roland Garros to 86-2 after defeating Thiem in Sunday's championship match.

Nadal: 'There Is No Limit'

Perhaps what is most impressive about Rafael Nadal’s dominance at Roland Garros is that it’s not surprising. The Spaniard shows up, and almost always, he wins. After defeating Dominic Thiem on Sunday, he leaves Paris with his 11th Coupe des Mousquetaires trophy.

That’s an incredible accomplishment — no other man has won more than eight titles at a single Grand Slam (Roger Federer — 8, Wimbledon). His 86-2 record in Paris is unprecedented. But at this point, adding to the win tally feels inevitable.

You May Also Like: Rafa Rolls To 'La Undécima' At Roland Garros

And this is the scariest part for the rest of the ATP World Tour: Nadal still believes there is room for improvement.

“You can always improve something, and I think that everyone can improve. There is no limit. You never know where is the limit,” Nadal said. “If you don't have the will to improve, you don't understand the sport, because the sport is always about improving. That's the meaning of sport. It's playing with the dream of doing something better than what you're doing before… When you're not working with passion of doing something better, I think that sports will lose its sense.”

You would think that so much winning would have a numbing effect. When you do something a lot, you get used to it. But that’s not the case for Nadal, and that’s why he is continuing to push to get better.

“[It] was a very special moment and [when I] received that minute or two minutes of the crowd supporting, that feeling in that moment was difficult to describe,” Nadal said. “[It’s] very emotional for me.” 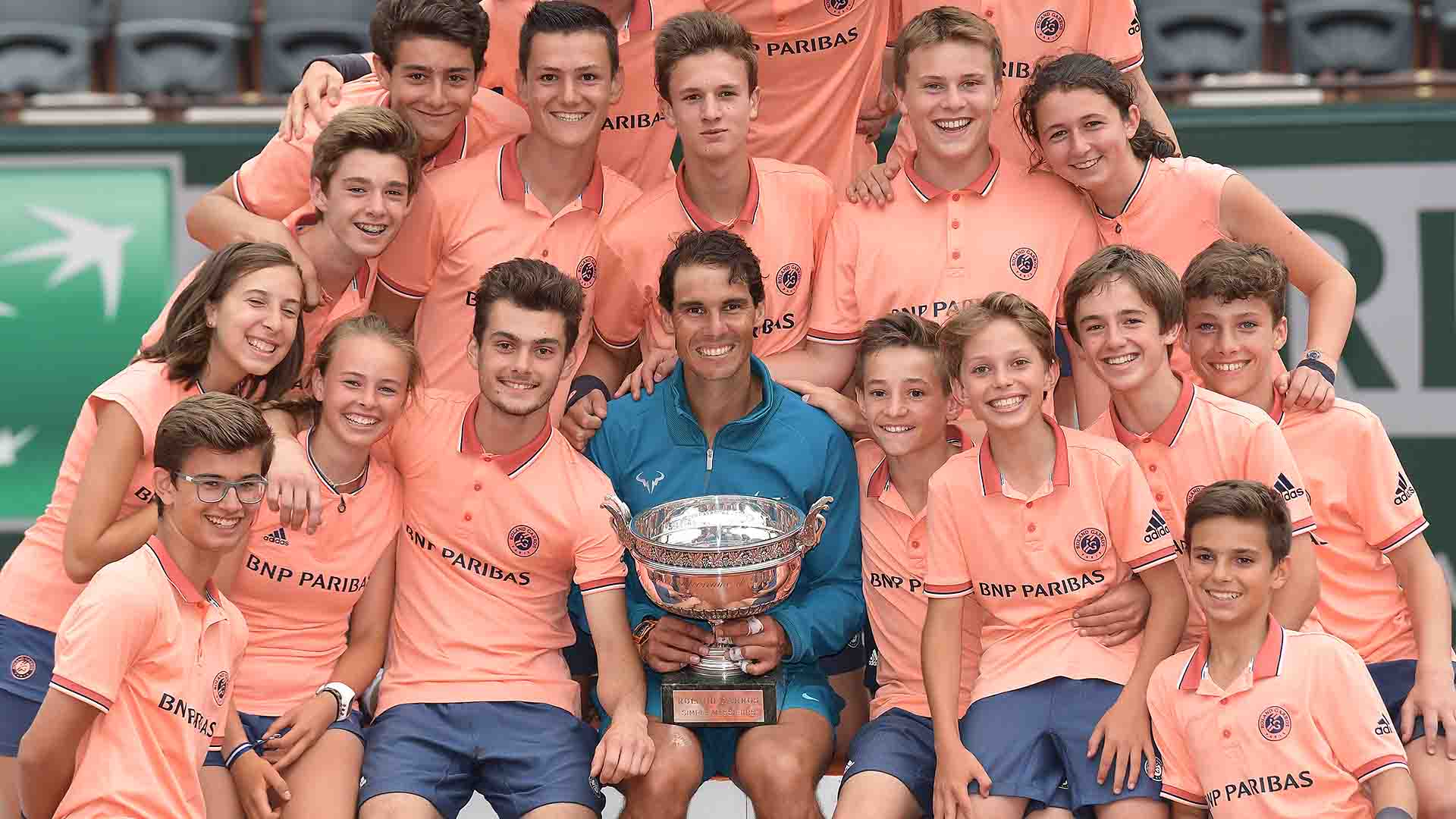 The Spaniard is not taking any of this for granted. Not the wins. Not the trophies. Not the never-ending showers of support from his fans.

“I am enjoying the moment. For me, today is a very special day, and every day that I spend on Tour, [I’m] enjoying all the experiences that tennis gave me the possibility to live,” Nadal said. “I am just trying to keep enjoying, and I’m going to keep playing until my body resists. My happiness still high playing tennis. When that changes, [it] will be a time to do another thing.”

It is easy to forget, thanks to all of his success, that Nadal has had moments of doubt due to various injuries. This year alone, the Spaniard had to withdraw from tournaments in Acapulco, Indian Wells and Miami due to a right hip injury.

"I achieved much more than what I ever dreamed. But at the same time... it's true that I went through tough moments," Nadal said. "To arrive so-so, with some doubts with this clay-court season. Yeah, of course, you know how difficult everything is, especially after [I] went through these tough moments. Personally for me, it's amazing."

But Nadal is not allowing that to limit him. He's simply working hard: practice by practice, point by point and match by match. And that is how he arrived on Court Philippe-Chatrier on Sunday, biting into an 11th Roland Garros trophy — something even he didn't believe was possible.