Rafael Nadal, the 13-time champion, has a 100-2 match record at Roland Garros.

Nadal 'Not Worried' About Being In Djokovic & Federer's Half

ATP Staff
This article contains:
Spaniard to play Popyrin in first round

Rafael Nadal didn’t appear to be fazed on Friday when he spoke about landing in the same half of the Roland Garros draw as his great rivals World No. 1 Novak Djokovic and Roger Federer.

The Spanish superstar, who will be bidding to capture a record-breaking 21st Grand Slam championship crown with his 14th Roland Garros title, admitted, “I see it as natural. One player is almost 40 [Federer], another is almost 35 [Nadal] and the other is 34 [Djokovic]. It seems logical that younger players [will] climb in the [FedEx ATP] Rankings.

“Whenever that happens you have these consequences [with the seedings]. I see it as completely normal. I’m not worried about it. I have a lot of work in front of me to play a potential match versus Djokovic [in the semi-final].

“They would need to play each other and I have my own path. My path right now is [Alexei] Popyrin [in the first round] and that’s where my mind is. My draw is hard enough to be thinking about anything else. I must continue my preparation, focus on my routines and keep advancing in the way we want.”

“He's young, he has the power,” said Nadal. “He has big shots. As always, I need to be ready for it. I need to keep practising [over] the next couple of days [and] try to be in the best shape possible. I know every round is tough, I always respect every opponent. I respected everyone since the beginning of my career. And Popyrin is a dangerous one, so I need to play well and I'm looking forward to trying to make that happen.”

Nadal comes into Roland Garros, where he has compiled an outstanding 100-2 match record since his 2005 debut, on the back of capturing titles at the Barcelona Open Banc Sabadell and the Internazionali BNL d'Italia in Rome. 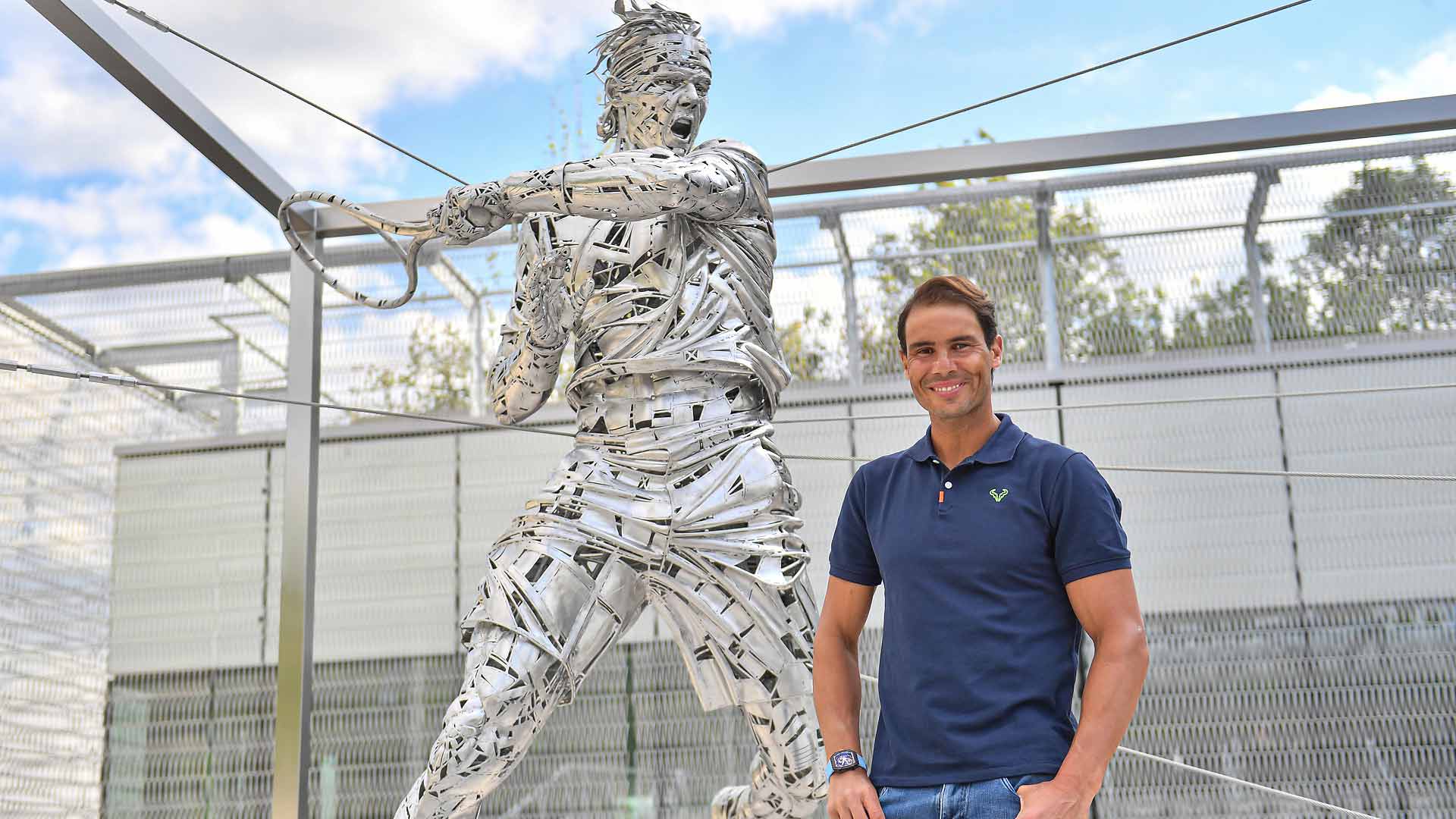 On Thursday, Nadal unveiled a statue of himself at Roland Garros alongside French Tennis Federation President Gilles Moretton, Tournament Director Guy Forget and Jordi Diez Fernandez, the statue’s sculptor. The piece of art is located next to the general public entrance and the Jardin des Mousquetaires.

You May Also Like: Nadal Statue Revealed At Roland Garros

“The statue is spectacular,” said Nadal, who beat Djokovic in the 2020 Roland Garros final. “I think it is very real. If you haven’t seen it live, if you stay close you’ll notice. It’s a clean, modern statue and I’m very pleased. It’s really difficult to build a statue with that material and be so real as this one is.

“It means a lot. Having a statue within such a special place for our sport, in a place that is very special for me is something unique. Not being French, I can only say thanks to the FFT, to the former President who promoted it and the current President who continued with the project.”