Rafael Nadal falls to 105-3 at Roland Garros after losing a four-set thriller against Novak Djokovic in the semi-finals.

Nadal: 'I Had A Big Chance'

ATP Staff
This article contains:
The Spaniard reflects on epic showdown against the World No. 1

Rafael Nadal fell short in a memorable semi-final against Novak Djokovic on Friday evening at Roland Garros. Although disappointed to not continue his pursuit of a record 21st Grand Slam title, the 13-time champion understood that he simply lost to a better player on the day.

“That's sport,” Nadal said. “Sometimes you win, sometimes you lose. I tried to give my best.”

Djokovic was unrelenting. Even still, the Spaniard had an opportunity to take a two-sets-to-one lead. The World No. 1 had missed a mid-court forehand when serving for the third set at 5-4, 30/0, and in a flash Nadal had a set point at 6-5. Nadal almost never lets slip those moments — that is how he entered this match 105-2 at Roland Garros.

But the Serbian answered the challenge with a daring backhand drop shot, and he won the ensuing tie-break, in which Nadal mishit an easy forehand volley long.

“I had a big chance with set point, 6-5, second serve [in the third set]. That's it. Anything could happen in that moment,” Nadal said. “Then I made a double fault, [missed an] easy volley in the tie-break. But it's true that [there were] crazy points out there. The fatigue is there, too. These kind of mistakes can happen.

“But if you want to win, you can't make these mistakes. So that's it. Well done for him. [It was] a good fight out there. I tried my best, and today was not my day.”

You May Also Like: Djokovic Dethrones Nadal After Roland Garos Epic

The Spaniard pointed to the changing conditions as the evening wore on. At the start of the match, when it was warmer, his heavy-topspin shots were bouncing high off the clay. But as the ball slowly began bouncing lower as the conditions got cooler, it made Djokovic’s shotmaking easier. Nadal refused to make that an excuse, though.

“[It] doesn't matter. That's tennis,” Nadal said. “The player who gets used to the conditions better is the player who deserves to win. So no doubt he deserved to win.” 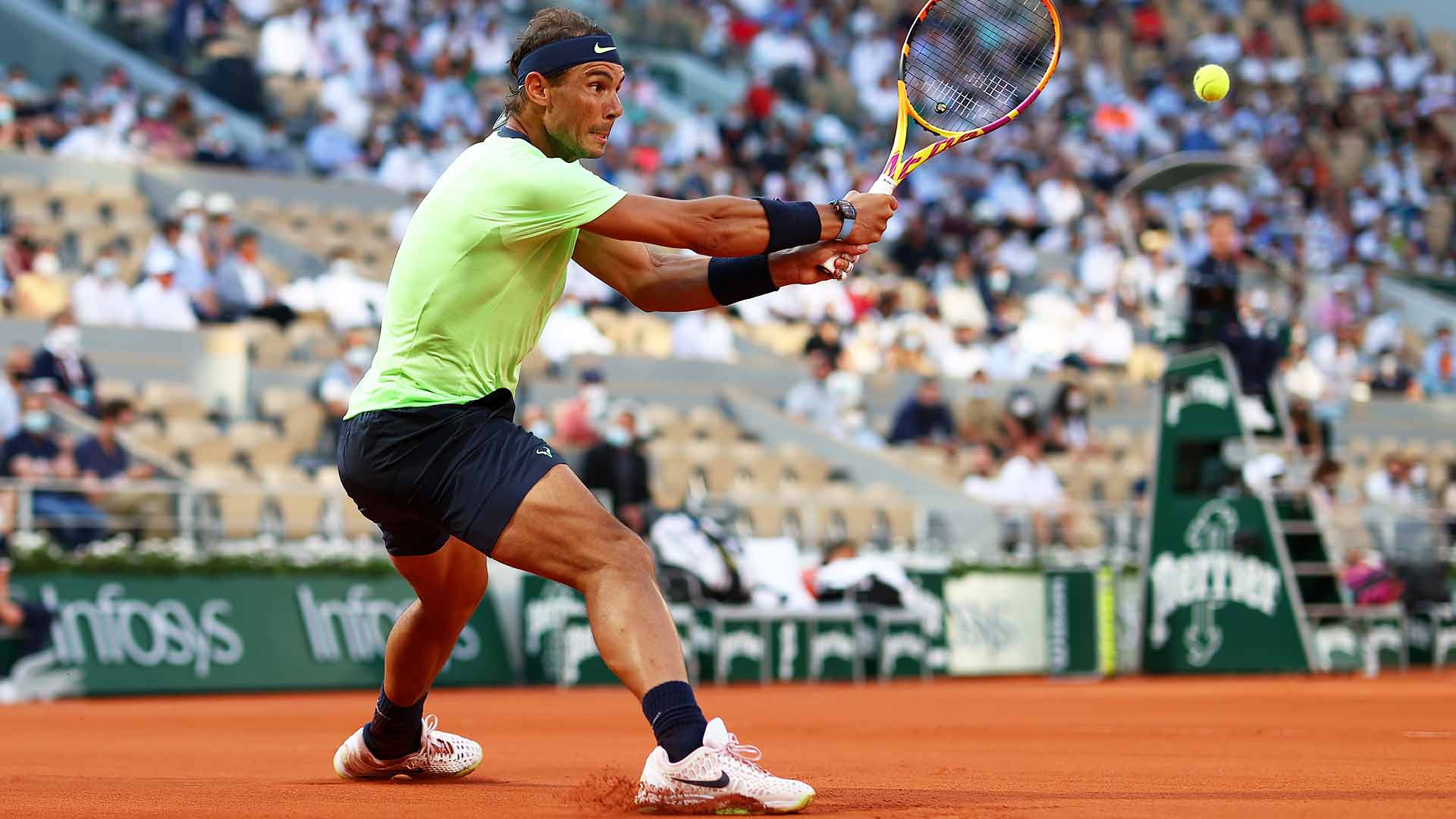 Nadal added that the accuracy of his shots was not good enough, which allowed Djokovic to maintain his court-positioning.

“[It] probably was not my best day out there. Even if I fought, [even if I] put a lot of effort, the position on the shots [were not] that effective tonight,” Nadal said. “Against a player like him who takes the ball early, you are not able to take him out of his positions, then it is very difficult.”

Despite the loss, Nadal was thankful for the support inside Court Philippe-Chatrier. Fans tried to urge him back into the match, and they were allowed to stay in the stadium for the entirety despite a curfew in France. The atmosphere was electric, the best since the emergence of the COVID-19 pandemic.

“[It was] amazing, the support. I can't thank enough the feelings. I have been super tired some moments, but the crowd gave me some energy to keep going,” Nadal said. “It's super emotional for me to feel the love of the people in the most important place of my tennis career, without a doubt. So thanks a lot to them.”