Andrey Rublev has been as hot as anyone on the ATP Tour since play restarted in August. But taking on Rafael Nadal proved too tough a challenge for the Russian to conquer on Sunday evening.

Nadal defeated the 23-year-old 6-3, 6-4 in his first match of this year’s Nitto ATP Finals to move to 1-0 in Group London 2020 action. The Spaniard only needed one hour and 18 minutes to make a good start at the season finale, where he is pursuing his first title.

"It's important to start well, of course, for the confidence, because winning [in] straight sets helps," Nadal said. "The serve tonight was very important. I played solidly with my serve. I didn't suffer much, and that helps [me] to play more relaxed on the return. That's what I did."

The World No. 2 has qualified for the Nitto ATP Finals in a record 16 consecutive years and he reached the final at the year-end championships in 2010 and 2013. Nadal’s experience proved key against the in-form Russian, who often got frustrated with near misses and made uncharacteristically poor shot selections.

He was unable to put the lefty into difficulty with his serve, which prevented him from getting into the attacking patterns that have served him so well all season.

"[I'm] happy the way I approached the match. The first match is always difficult, and Andrey played an amazing season," Nadal said. "He's a great guy, too, so I wish him all the very best." 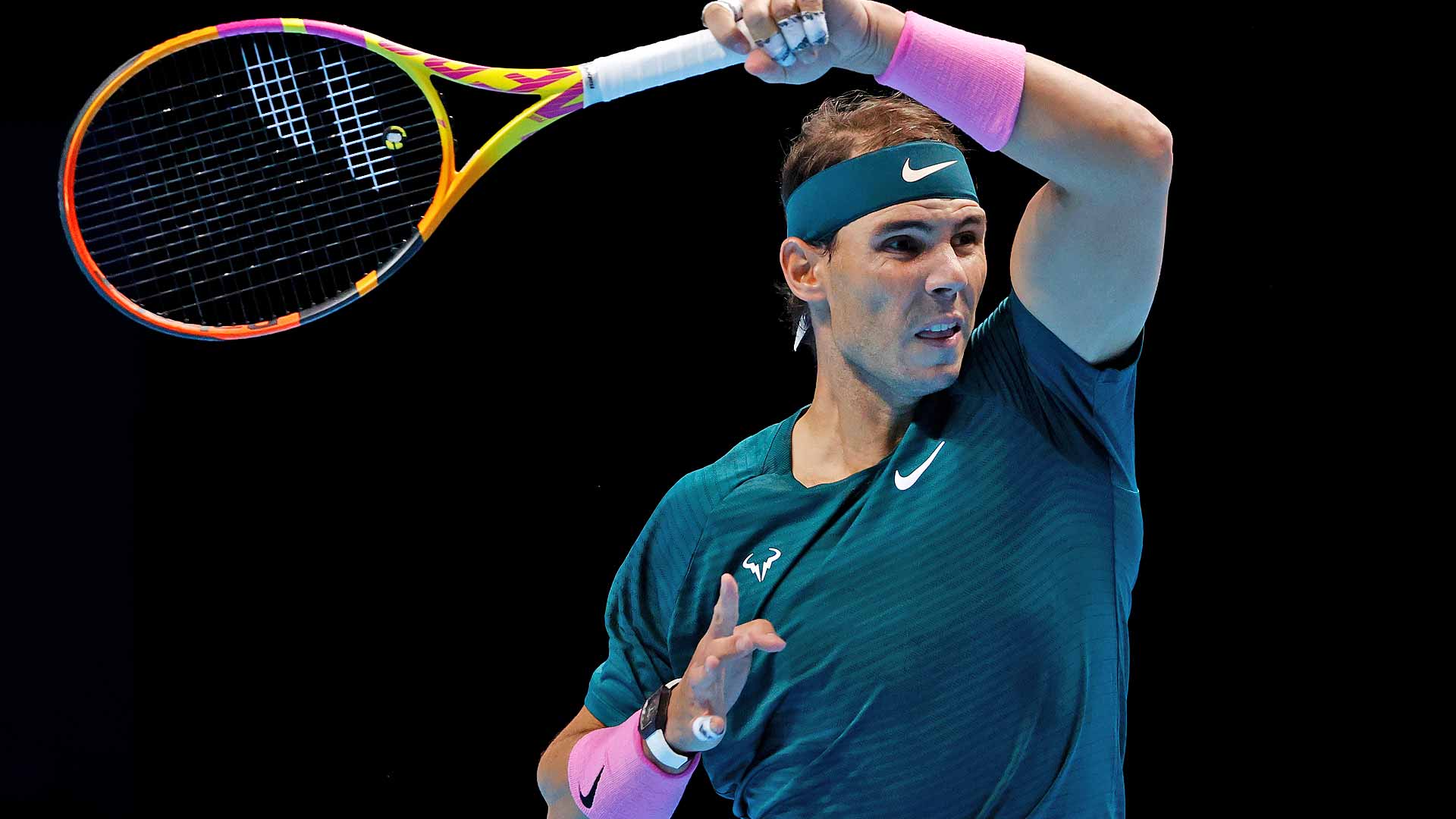 Nadal played a clean match, especially on serve. He only lost five second-serve points (10/15) and did not face a break point. His opponent only won 41 per cent of points behind his second delivery.

Rublev leads the ATP Tour in titles (5) and wins (40) this season, but he was not at his powerful best on Centre Court. The seventh seed struggled making first serves early on, which gave Nadal time to find his rhythm.

At 3-2 in the opening set, Nadal was searching for answers on return. In his first two return games, he was trying to attack Rublev's second serve from well inside the baseline, but wasn't striking the ball cleanly. The second seed then took a step back and forced his Russian opponent to beat him from the baseline, which paid dividends. Rublev hit a forehand that ricocheted off the top of the net and long, giving Nadal the break.

The 20-time Grand Slam champion entered this battle on a 69-match winning streak after claiming the opening set, and he had no issues extending that to 70 in a row after taking the first set. Rublev got stuck in No-Man's Land in his first service game of the second set, missing a swinging forehand volley from his shoestrings to go down an immediate break.

"I was not serving good at all because I was a little bit nervous, which is normal," Rublev said. "When he broke me in the second set I relaxed and I started to serve much better. Then [it] was [a] different game, but it was too late."

Nadal cruised to the finish line from there, completing his victory when Rublev missed a return long. The Spaniard now owns a 19-14 record at this event.