For 15 years, Rafael Nadal’s 2005 Roland Garros efforts marked the last time a tournament debutant advanced to the last eight in Paris. With a place in this year’s semi-finals on the line, the Spaniard will face the man who ended that drought on Sunday: Jannik Sinner.

Sinner has dropped just one set in the French capital, beating David Goffin, Benjamin Bonzi, Federico Coria and Alexander Zverev to book a first ATP Head2Head meeting against Nadal. The 19-year-old has already made an impression on Nadal, with whom he practised before the tournament.

“[Jannik] is young, he's improving every single week. So he's playing better and better and better. It will be a big challenge,” said Nadal. “It will be the first time playing against him on the Tour. I practised with him a couple of times, he has an amazing potential, he moves [his] hands very quick and he's able to produce amazing shots.” 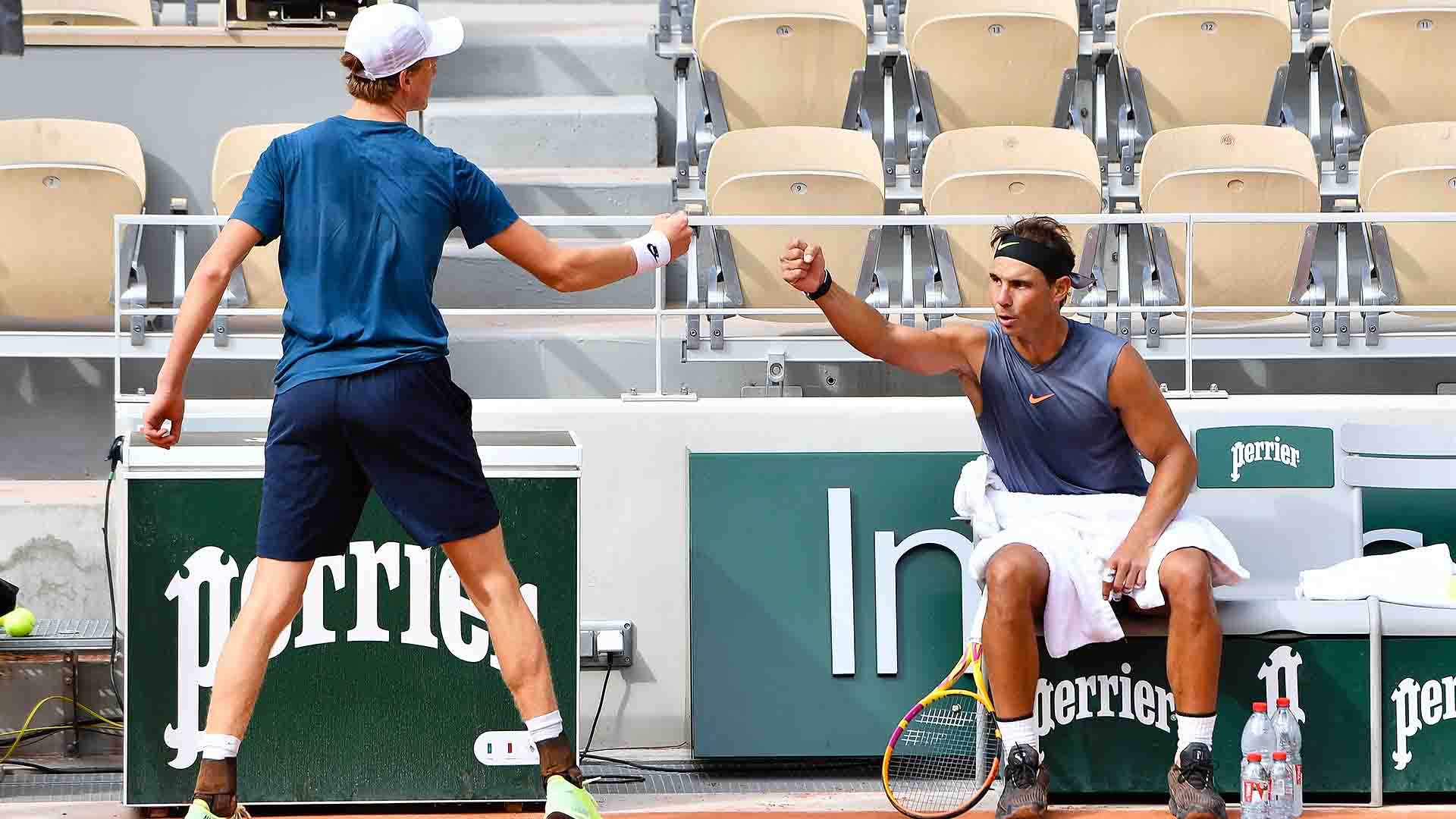 Chasing history in Paris, Nadal has been in top form throughout his opening four encounters. The 34-year-old has dropped just 23 games en route to his 14th quarter-final at the event and now stands three wins away from Grand Slam history.

“I'm in [the] quarter-finals without losing a set and having very positive scores,” said Nadal. “So I can't complain at all… I am quite happy about the way that I am playing and [in] the practices I am feeling every time a little bit better and better.”

Sinner is aware of the challenge that lies ahead. Nadal will be stepping onto the Parisian terre battue for the 100th time when he meets Sinner. The Spaniard is 97-2 at this event.

“It's not the easiest thing [to play Nadal at Roland Garros], for sure. I think the record he has here, I think nobody can beat that. He is super confident here,” said Sinner.

“It's going to be a difficult match for sure. It's always [my aim] to go on court with the right attitude, trying to play [my] best tennis, which I have to do if I want to play [at] the same level as he plays.”

While Nadal and Sinner will be meeting for the first time, the other semi-final of Day 10 will be a far more familiar meeting. Close friends Dominic Thiem and Diego Schwartzman will meet for the ninth time in their ATP Head2Head series (Thiem leads 6-2) on Court Philippe-Chatrier.

Thiem enters the contest high on confidence. The Austrian is riding an 11-match winning streak, dating back to his maiden Grand Slam title run at the US Open last month.

The 27-year-old is also appearing in his fifth straight Roland Garros quarter-final and is aiming to move one step closer to a third consecutive final appearance at the Paris major. But with consistent success comes fatigue. 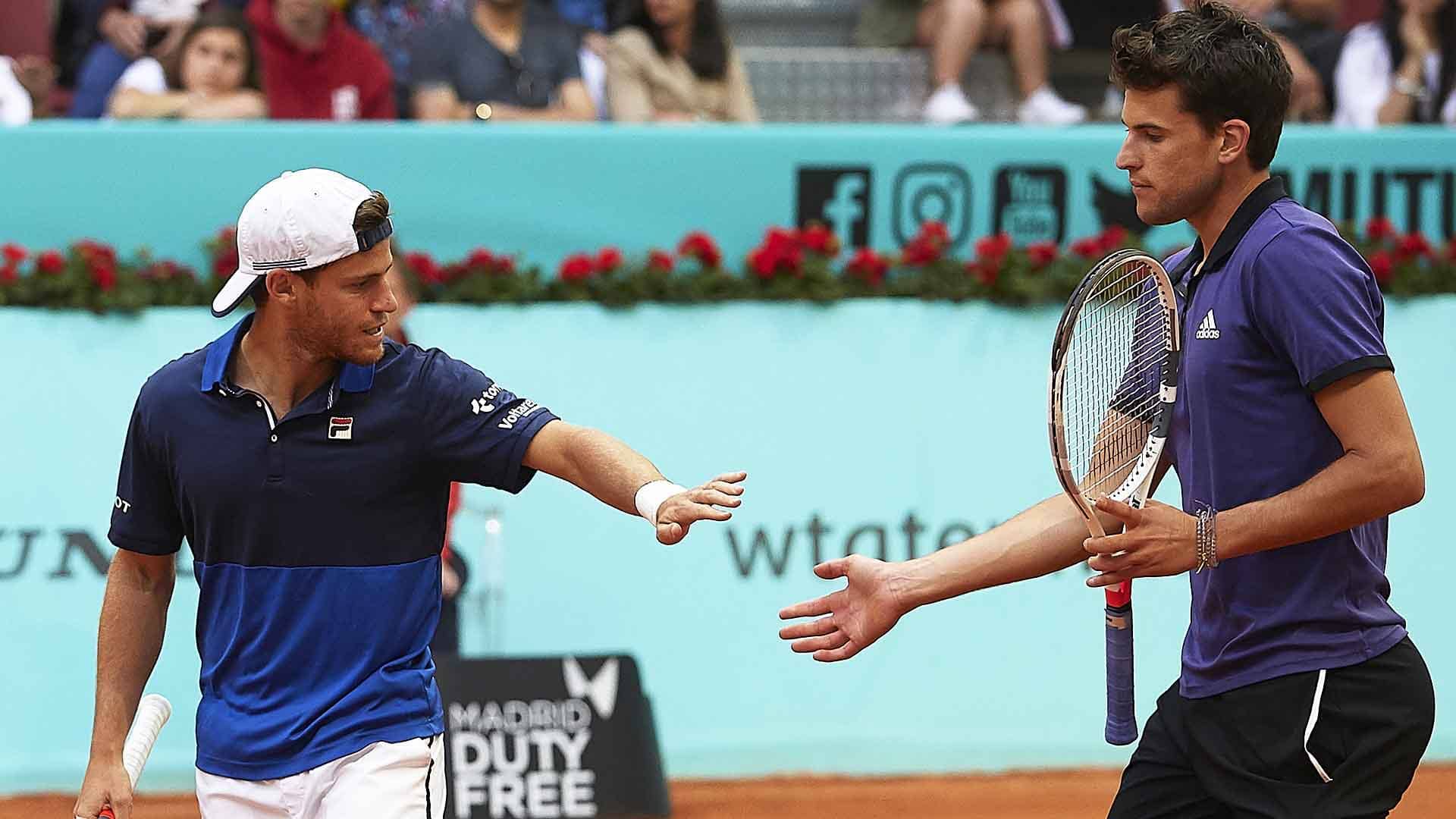 That factor will be put under the spotlight when he meets Schwartzman. The relentless Argentine will make Thiem work for every point, especially after the Austrian’s tough five-set battle against #NextGenATP Frenchman Hugo Gaston on Sunday.

“I'm happy of course to face one of my best friends from the Tour in the quarter-finals,” said Thiem. “From my perspective, it's all about recovery. I mean, obviously [the] past weeks were tough. I'm not running on a full tank anymore.”

It may be true that Thiem is in the form of his life, but the same can be said of his opponent. Schwartzman enjoyed one of the biggest weeks of his career at the Internazionali BNL d’Italia last month.

In the Italian capital, Schwartzman claimed his first victory in 10 matches against Rafael Nadal and outlasted Denis Shapovalov over three hours and 15 minutes to reach his maiden ATP Masters 1000 final. The 28-year-old has carried that form into Paris, reaching his second quarter-final in three years at the event without dropping a set.

“[Dominic] is playing amazing tennis… But I think obviously playing like how I'm playing the past [few] weeks on clay, I [will] have chances,” said Schwartzman.

Schwartzman owns just two wins from eight ATP Head2Head clashes against Thiem. But the 5’7” right-hander believes the knowledge that he has beaten his rival before could prove crucial.

One of Schwartzman’s two victories against Thiem came on clay. The Rome runner-up saved a match point on home soil to overcome Thiem in the Argentina Open semi-finals last year. With added confidence and experience in Grand Slam quarter-finals (0-3), Schwartzman might be better positioned to reach his first major semi-final than ever before.