How Rafa Triumphed At Roland Garros

Another Roland Garros, another round of history made by Rafael Nadal.

The World No. 1 beat first-time Grand Slam finalist Dominic Thiem 6-4, 6-3, 6-2 to clinch his 11th title on the Parisian terre battue. He is now one of just four players to claim three or more major championships after turning 30 (also Roger Federer, Rod Laver and Ken Rosewall). Nadal will retain his spot atop the ATP Rankings on Monday thanks to the victory.

Thiem was trying to become just the second Austrian to earn a major trophy, and he was the only man to defeat Nadal on clay over the past two seasons. This is how the final unfolded...

SET 1 — Nadal wins 6-4 (59 minutes)
In a way, it was no surprise that Rafael Nadal got off to a fast start, winning the first six points of the match and breaking for a 2-0 lead. But if there were any thoughts of the top seed immediately running through Dominic Thiem for his 11th title on Court Philippe-Chatrier, the Austrian dismissed those when he recovered that early break against the Spaniard, loosening up and taking massive cuts from the baseline.

The first set featured many long, grinding rallies, with the first seven games lasting more than 45 minutes. Thiem struggled to land his first serve, making them just 45 per cent of the time, and winning just 57 per cent of those points. But the good news is that he was looking to put the match on his racquet, crushing forehands and controlling the baseline. The eight-time clay-court ATP World Tour champion showed he was not afraid of the moment in his maiden major final, whipping high, heavy shots to Nadal's backhand before stepping in to attack the first short ball he got, even jumping into some backhands just to take them early.

But the problem with being very aggressive is opening up the possibility of more mistakes. And while Thiem did get off to a fast start, all it took was one lapse to slip against Nadal, and that's what happened as the right-hander served at 4-5. The 24-year-old missed a simple backhand volley into the open court — he was 0/4 at net in the first set — to fall behind, and then made three consecutive groundstroke errors to hand the Spaniard the opening set.

While Nadal camped way back to return Thiem’s serve, the No. 7 seed stood up on returns, looking to be the aggressor from the first shot. He did hit three double faults in the first set, as well. 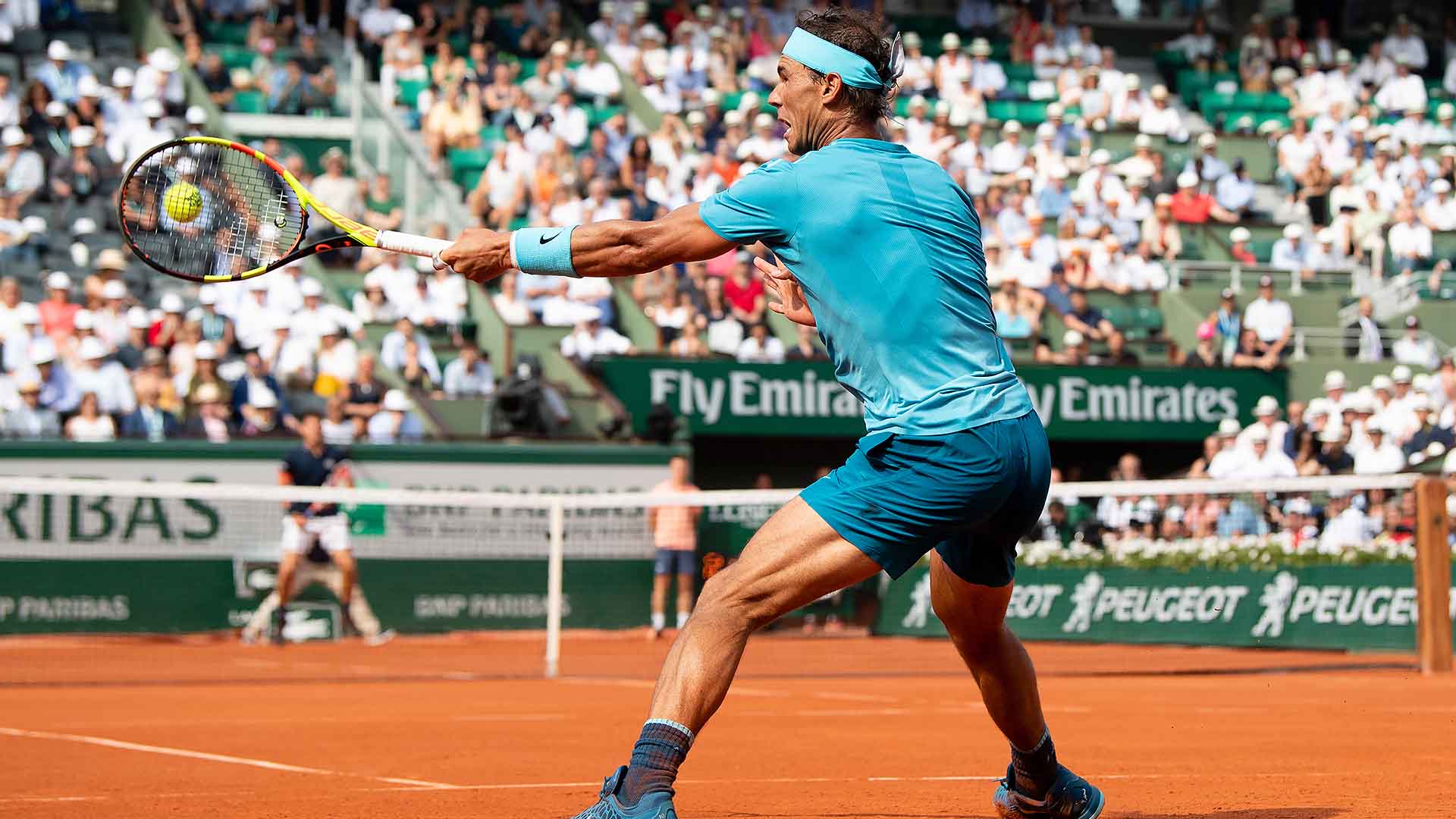 SET 2 — Nadal wins 6-3 (52 minutes)
Nadal wasted no time jumping on Thiem's lapse from the end of the first set. While the Spaniard took advantage of short balls and even snuck into net successfully, he started the second set by putting the aggressive Austrian in uncomfortable positions, from which Thiem made errors.

In fact, Thiem made eight unforced errors in the first three games of the set to fall behind a quick break. And while he landed 83 per cent of first serves (15/18) through two service games, a massive improvement, the early break was too much to overcome. Nadal has lost just nine tour-level matches on clay after winning the first set, with the last instance coming two years ago in Rio de Janeiro against Pablo Cuevas.

Thiem began to find his range again from the baseline, but Nadal did not allow him to control rallies. The seventh seed had an opportunity to get back on serve at 2-4, but could not do enough at net, and the Spaniard saved the break opportunity with a backhand winner. The Austrian slightly dialed back his aggression to avoid too many unforced errors. Therefore, he never quite pushed the World No. 1 into positions in rallies from which he could not neutralise with his next shot. 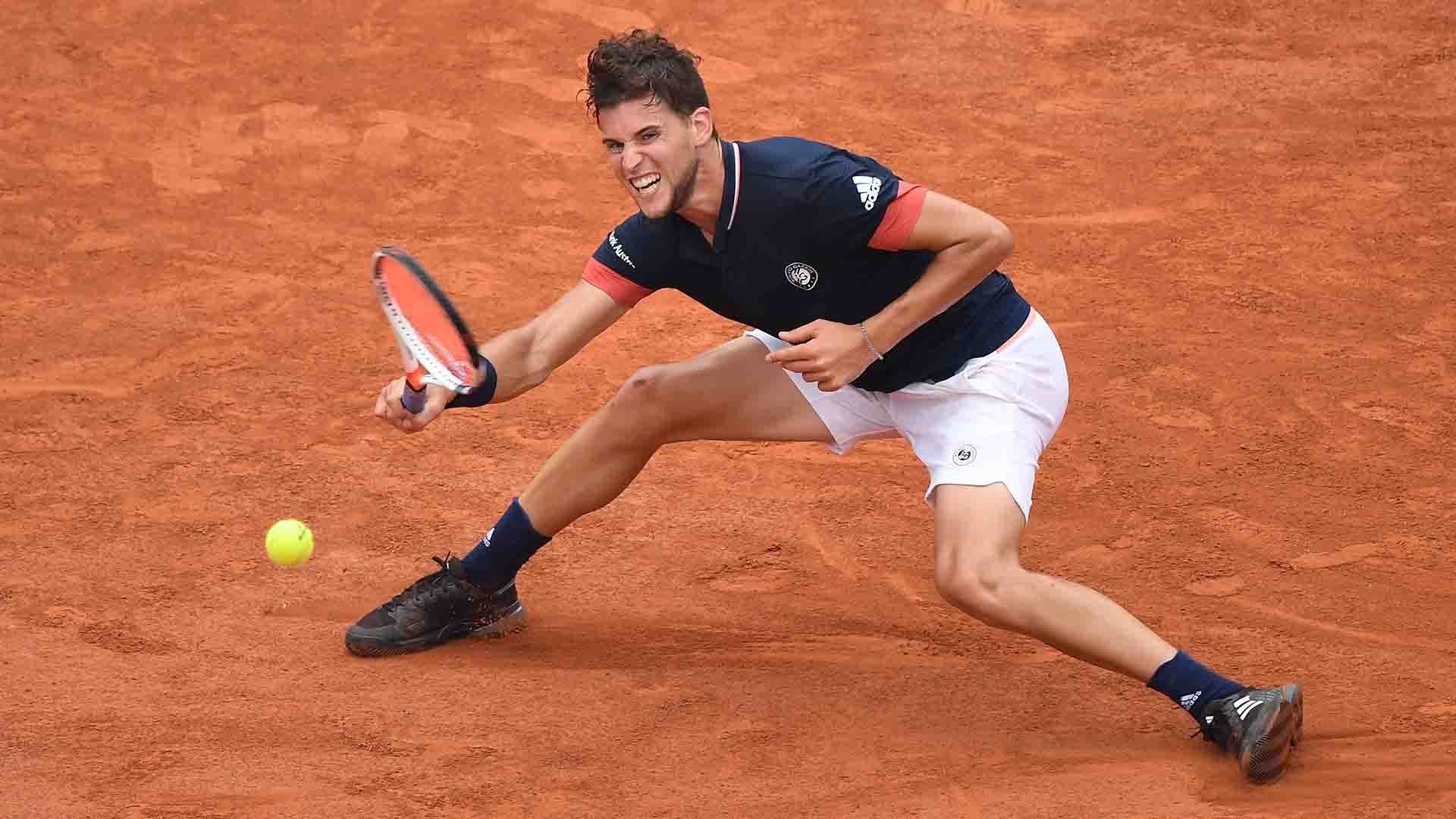 SET 3 — Nadal wins 6-2 (51 minutes)
Thiem did well to mentally stay engaged, recovering from 0/40 in his first service game of the set. He then managed to save another break point at 1-1 with a backhand drop shot, taking advantage of Nadal's deep return position.

But the Spaniard earned the decisive blow soon after, stepping into an inside-out forehand to force Thiem into a slice forehand, which he missed to give Nadal a daunting lead.

Thiem attempted to problem-solve, mixing up his return position and standing back more often. But that allowed the 10-time champion to set his feet and dictate play with his forehand from the first ball of rallies. Nadal appeared to suffer from cramp in his left hand, receiving treatment on multiple occasions early in the set, but that did not visibly affect his play

If his performance was not already impressive enough, Nadal earned a double-break lead by finding an incredible angle on a crosscourt backhand return from well behind the baseline, forcing Thiem to go for broke down the line and make an error. Nadal then clinched the triumph on his fifth championship point, when Thiem flicked a backhand return long.

Did You Know?
- Nadal is now 111-2 in best-of-five matches on clay.
- The Spaniard holds an 86-2 record at Roland Garros.
- The 32-year-old has won five of his 11 championship matches on Court Philippe-Chatrier in straight sets.