Rafael Nadal and Dominic Thiem are meeting in the Roland Garros final for the second consecutive year.

Nadal vs. Thiem In The Roland Garros Final: The Key Stats

ATP Staff
This article contains:
ATPTour.com details the stats you need to know before Sunday's final

After an exciting fortnight at Roland Garros, it has all come down to the final between 11-time champion Rafael Nadal and red-hot World No. 4 Dominic Thiem, who defeated top seed Novak Djokovic in the semi-finals, halting the Serbian's chase for a fourth consecutive Grand Slam title.

Nadal leads Thiem 8-4 in their FedEx ATP Head2Head series, but the Austrian has found success in recent years against the Spaniard on clay. And fresh off an intense five-set victory against Djokovic, the 25-year-old will be confident in his game heading into the championship clash. ATPTour.com looks at the 10 stats you need to know before they walk on Court Philippe Chatrier Sunday:

You May Also Like: Rafael Nadal & Dominic Thiem: The Rivalry

1. Nadal Has Won All Three Of Their FedEx ATP Head2Head Meetings At Roland Garros
Thiem has shown his ability to defeat Nadal on clay, as he has beaten the Spaniard on the surface in each of the past four seasons. Nadal has only lost five additional clay-court matches during that span, with no player beating him more than once.

But Nadal has dominated Thiem at Roland Garros. The legendary lefty has won all nine sets they have played in their three meetings in Paris, with the Austrian never winning more than four games in any of those sets.

2. The Importance Of The First Set
Based on their history, odds are that whoever wins the first set in Sunday’s final will go on to lift the Coupe des Mousquetaires. Ten of their 12 matches have been decided in straight sets, and only once has the first-set loser gone on to triumph. That came at last year’s US Open after Nadal failed to win a game in the opening set.

Read More #RG19 Stories
Nadal Beats Federer
How Thiem Can Enter The Year-End No. 1 Conversation
Massu: 'Thiem Works, Thinks & Seeks To Be No. 1'

3. Rafa’s First-Serve Success Against Domi At Roland Garros
The key stat in the pair’s three previous Roland Garros meetings was their rate of first-serve points won. Nadal has won 73.6 per cent (117/159) of points on his first delivery against the Austrian in Paris. On the other hand, Thiem has struggled to win points on his first serve against the Spaniard, only managing to win 57.8 per cent of those points.

What may be more concerning for Thiem is that last year, in the final, Nadal won 82 per cent of his first-serve points, his highest rate of their three matches at the year’s second major. 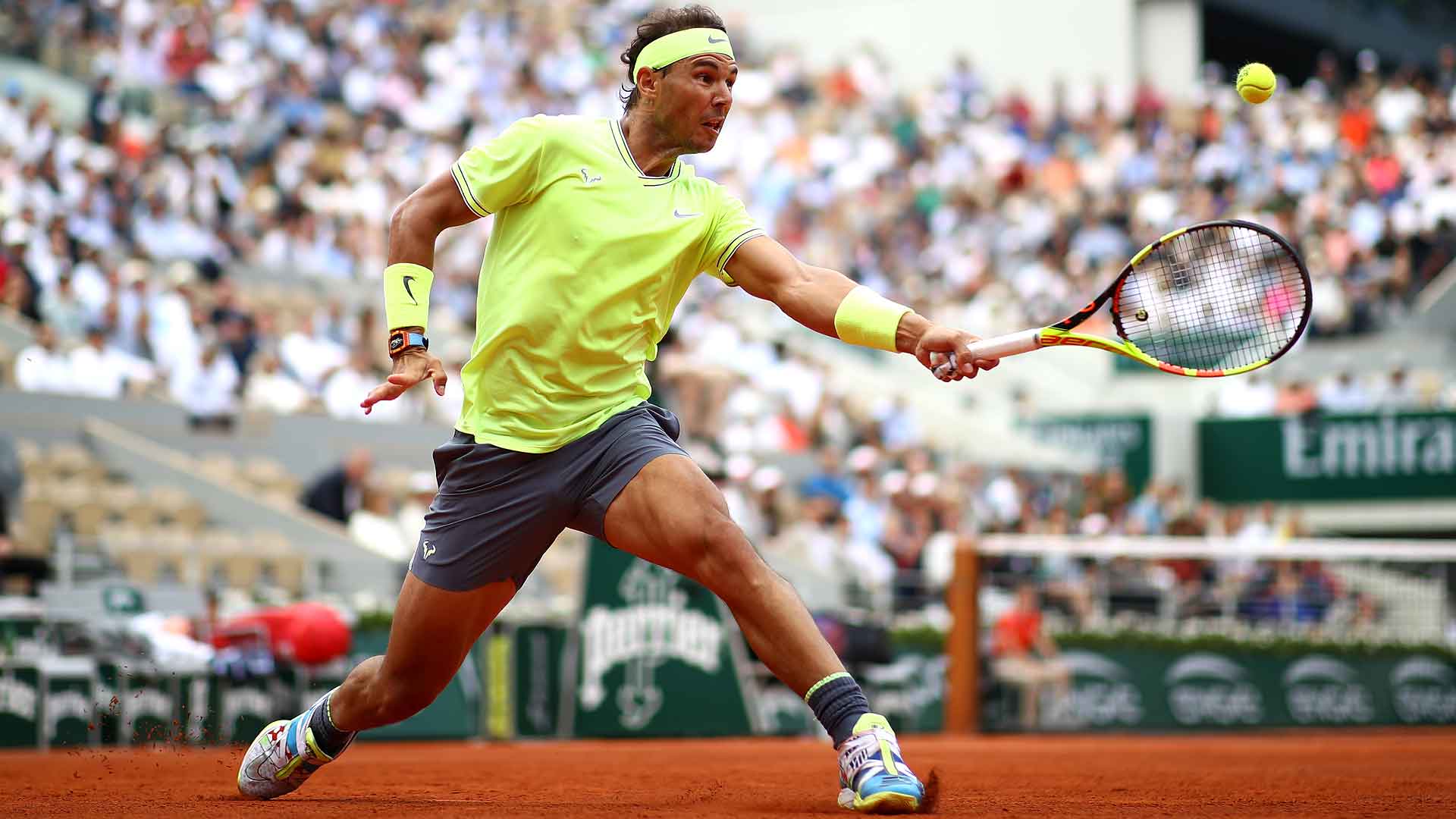 5. The Time Advantage
Nadal has spent 13 hours and 24 minutes on court so far this fortnight, whereas Thiem needed 15 hours and 25 minutes to reach the final. Although an extra two hours and one minute over the course of six matches may not be a massive difference, the Austrian had to finish his semi-final victory against World No. 1 Novak Djokovic on Saturday after rain suspended play Friday evening. Thiem also contested his quarter-final Thursday, so he will be competing for the fourth straight day.

6. Repeat Final
Nadal and Thiem are meeting in the Roland Garros final for the second straight year. They are the 11th pair of players to battle in multiple championship matches at this event since 1925. Nadal has played Federer (2006-08, 2011) in the final here three times and Djokovic twice (2012, 2014).

7. Top 2 Conqueror
After defeating World No. 1 Djokovic in the semi-finals, Thiem has a chance to become the ninth man in the Open Era to defeat the Top 2 players in the ATP Rankings at a major. The only active player to accomplish that is former World No. 3 Stan Wawrinka, who has done it twice: en route to titles at the 2014 Australian Open and 2015 Roland Garros.

8. Ending The Big Three’s Streak
If Thiem claims his first major, he will end a streak of nine consecutive Grand Slam titles won by Djokovic (3), Federer (3) and Nadal (3). The only other active players who have won a Grand Slam are Wawrinka (3), former World No. 1 Andy Murray, Juan Martin del Potro (1) and Marin Cilic (1). 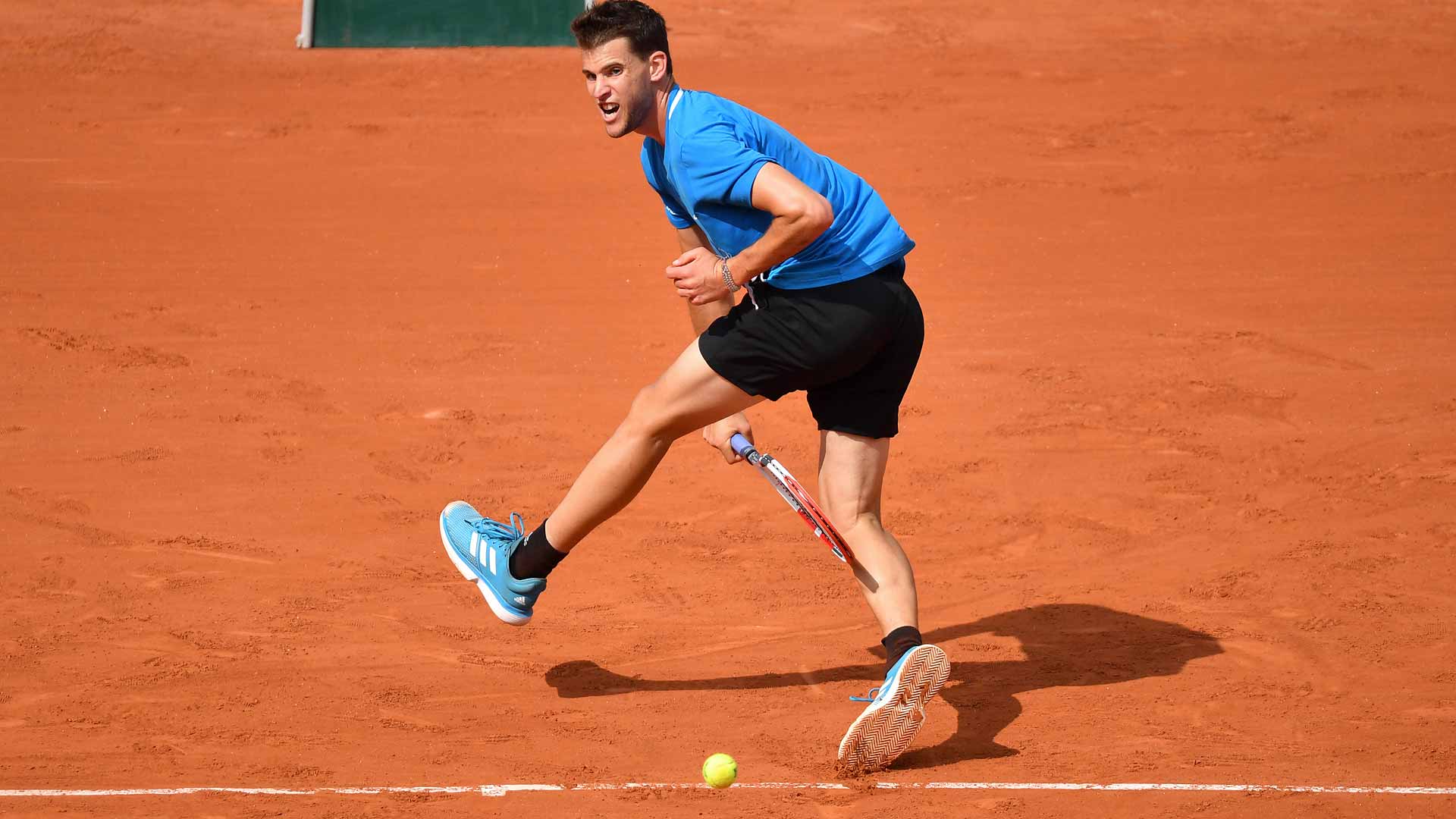 9. Undefeated In Roland Garros Finals
Nadal has long dominated at Roland Garros, entering the championship match with a 92-2 record at this event. However, he has perhaps been even more impressive in finals in Paris, winning all 11 he has played. The Spaniard has been pushed to four sets in six of those matches, but he has never had to go the distance on Court Philippe Chatrier with the trophy on the lines.

Nadal could become the first man to win 12 tour-level singles titles at any event. No other man has captured more than eight trophies at a single major. Federer has earned eight Wimbledon crowns.

Thiem is trying to become the 150th man in history to win a Grand Slam singles title, with Cilic the most recent player to join the group at the 2014 US Open.