ATP Staff
This article contains:
Nadal advances to play Querrey in the quarter-finals

There was no action on Sunday at the All England Club. But two-time Wimbledon champion Rafael Nadal completely did anything but check out of the sports world.

“I follow series, films. I try to be informed, well informed, about the world reading the news every single day. But be away from sport, if it's possible? No. I like sport,” said a smiling Nadal, who practised in the morning.

Nadal perhaps took inspiration from Rahm and Wolff’s golf victories, as he put forth a flawless performance on Centre Court against Joao Sousa Monday, winning 6-2, 6-2, 6-2 without facing a break point.

You May Also Like: Nadal Ruthless On Serve To Reach Wimbledon Quarter-finals

Nadal is trying to win his third title at The Championships, continuing a dominating run by the Big Three of Nadal, Roger Federer and Novak Djokovic at Wimbledon, where they have won 14 of the past 16 trophies. Overall, the three superstars advanced to at least the fourth round of every major they have played since the 2017 Australian Open, where Djokovic lost in the second round.

“Personally, I am not thinking about sending a message to no one or about the next generation, how they are coming or not. I know they're good. I know there is going to be a day that they are going to be in front of us because they will play better than us or because we are leaving. We are not kids any more,” Nadal said. “It’s special what we achieved in the past 15 years. Something special, difficult to repeat I think, so many titles between three players. But sometimes these kinds of things happen.”

More From The Championships
Dodig/Polasek Continue Surprise Run
Roig: 'Rafa Is Playing Without Any Weaknesses'

The 33-year-old is only focussed on his performance here this fortnight, where he has found strong form as he pursues his third Roland Garros-Wimbledon title double, which would tie Bjorn Borg for the record in that department.

Nadal has been especially impressive on serve, holding all of his service games since the second set of his second-round match against Nick Kyrgios. In fact, he has not faced a break point since then. While some players have noted the grass at SW19 playing slower than usual this year, Nadal has not noticed.

“Honestly, I don't think the courts are playing slower today than in 2003 for when I came the first time. Personal feeling and personal opinion,” Nadal said. “Another thing that I say the other day is that sometimes maybe what makes the game little bit slower are the balls. I see normal feelings.” 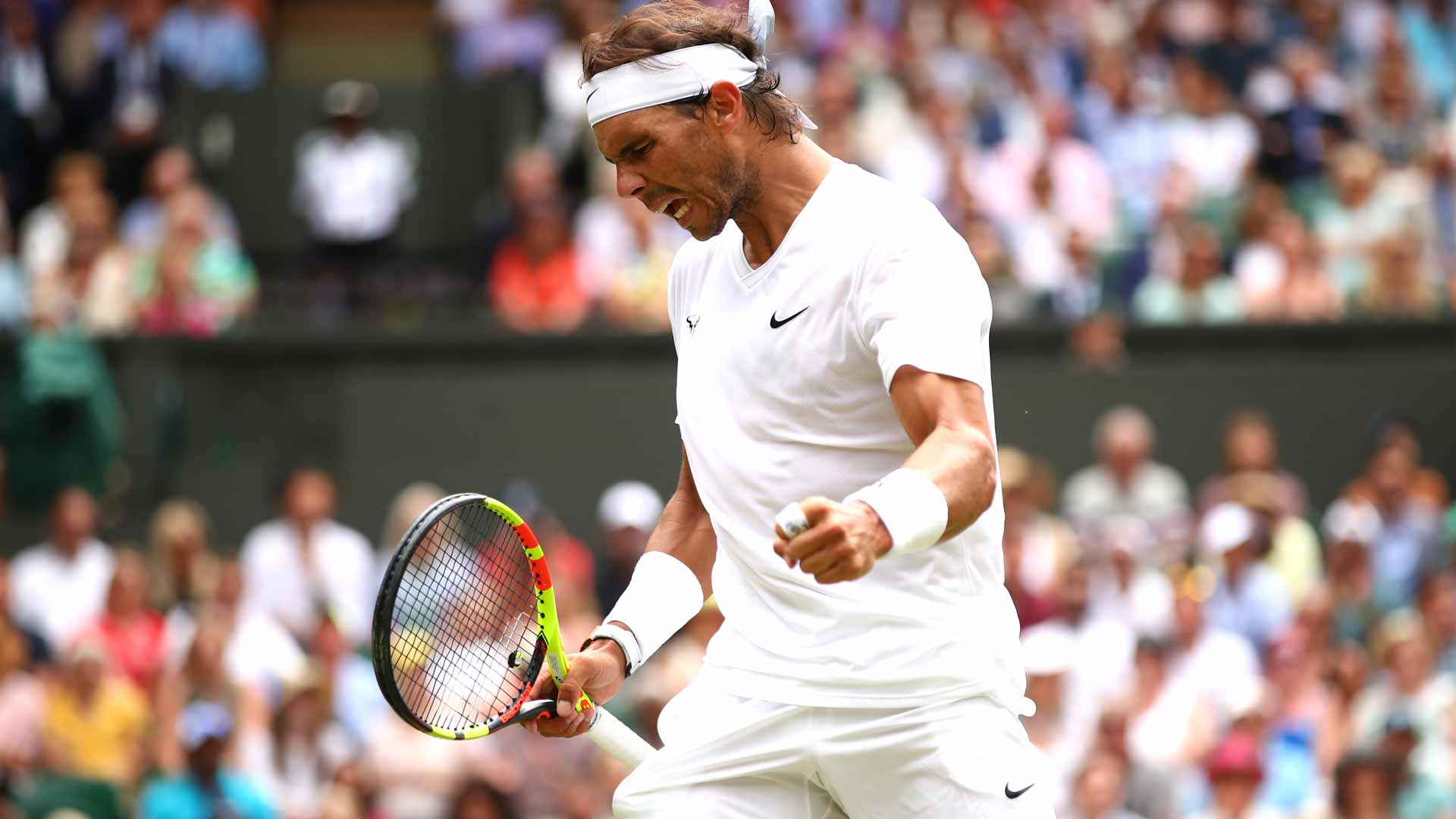 Nadal will need to continue serving well against Sam Querrey, who has twice beaten a World No. 1 at Wimbledon (2016 def. Djokovic, 2017 def. Murray). The American has only been broken once this fortnight.

“He played the semi-finals in 2017, close match to be in the final. 2017 was an amazing year for him,” Nadal said. “When he plays well, he can be very, very dangerous on all surfaces. But, of course, on fast surfaces, when he serves with his aggressive game, maybe more [dangerous].”

The 18-time Grand Slam champion will enter the match confident, riding a 16-match winning streak. But it’s tough for him to place his level at this moment to how he felt at this stage of the grass-court major in the past.

“The problem is when we compare, I can remember matches, but I can't remember feelings. It’s one year ago. Difficult for me to remember how I felt.,” Nadal said. “Every year is different. Doesn't matter how I felt last year comparing to this year. Of course, I am in quarter-finals. Of course, I have been playing good matches. Today was another good one. That gives me confidence.

“I know now starts the most difficult part of the tournament… it’s going to be a big challenge. I hope to be ready for it.”