The #NextGenATP revolution has descended on Quimper, France.

One week ago, it was 20-year-old Sebastian Korda lifting his second ATP Challenger Tour trophy, and on Sunday fellow American Brandon Nakashima grabbed the spotlight himself. The 19-year-old also captured his second Challenger crown, streaking to victory at the Open Quimper Bretagne Occidentale 2.

Nakashima needed one hour and 18 minutes to dispatch Spain's Bernabe Zapata Miralles, dominating the final 6-3, 6-4. The California native turned in an efficient performance on the indoor hard courts of the Parc des Expositions, saving five of six break points faced to complete the #NextGenATP American double in Quimper.

Nakashima becomes the youngest American to win multiple ATP Challenger Tour titles since Frances Tiafoe in 2016. Tiafoe was 18 when he lifted his second trophy on the hard courts of Stockton five years ago.

"It feels great," said Nakashima. "It's definitely been a long two weeks, but I thought I played the matches really well. It's exciting to come out on top. It's my first Challenger victory in France, but I'm always very excited to come here. I played juniors at Roland Garros for two years and then qualified for the men's tournament last year. I always enjoy coming out here and playing.

"I've been doing a lot of fitness, especially during the offseason. That is, to prepare for these exact moments. I'm just happy that it paid off and I was able to play well for all these matches."

Both Korda and Nakashima were made to work to etch their names on the Quimper trophy. Last week, Korda saved a match point and rallied from 1/5 down in a deciding tie-break in the first round. And this week, Nakashima was forced to rally from a set and a break deficit in his semi-final enounter with Lukas Lacko. Trailing 4-6, 1-3, the teenager exhibited his trademark poise and steely resolve to storm back and upset the former World No. 44.

Nakashima will rise to a career-high No. 135 in the FedEx ATP Rankings on Monday, soaring 22 spots with his victory in Quimper. Also the champion in Orlando in November, he is now a combined 14-3 since the start of that maiden title run.

The teen, who joins Korda as instant contenders in the ATP Race To Milan, will look to continue the momentum next week in nearby Cherbourg. Both Americans will be seeking to punch their tickets to the Next Gen ATP Finals for the first time in 2021.

Taberner Triumphs In Antalya
Carlos Taberner prevailed on the clay of Antalya on Sunday, defeating countryman Jaume Munar 6-4, 6-1 for the title. It was the 23-year-old Spaniard's second Challenger crown, having previously triumphed in Iasi, Romania, last year.

Taberner exacted revenge on Munar, following a straight-set defeat one week ago at the same site. This time, he would not be denied, earning the upset after one hour and 45 minutes. The Valencia native is projected to rise 15 spots to a career-high No. 129 in the FedEx ATP Rankings on Monday. 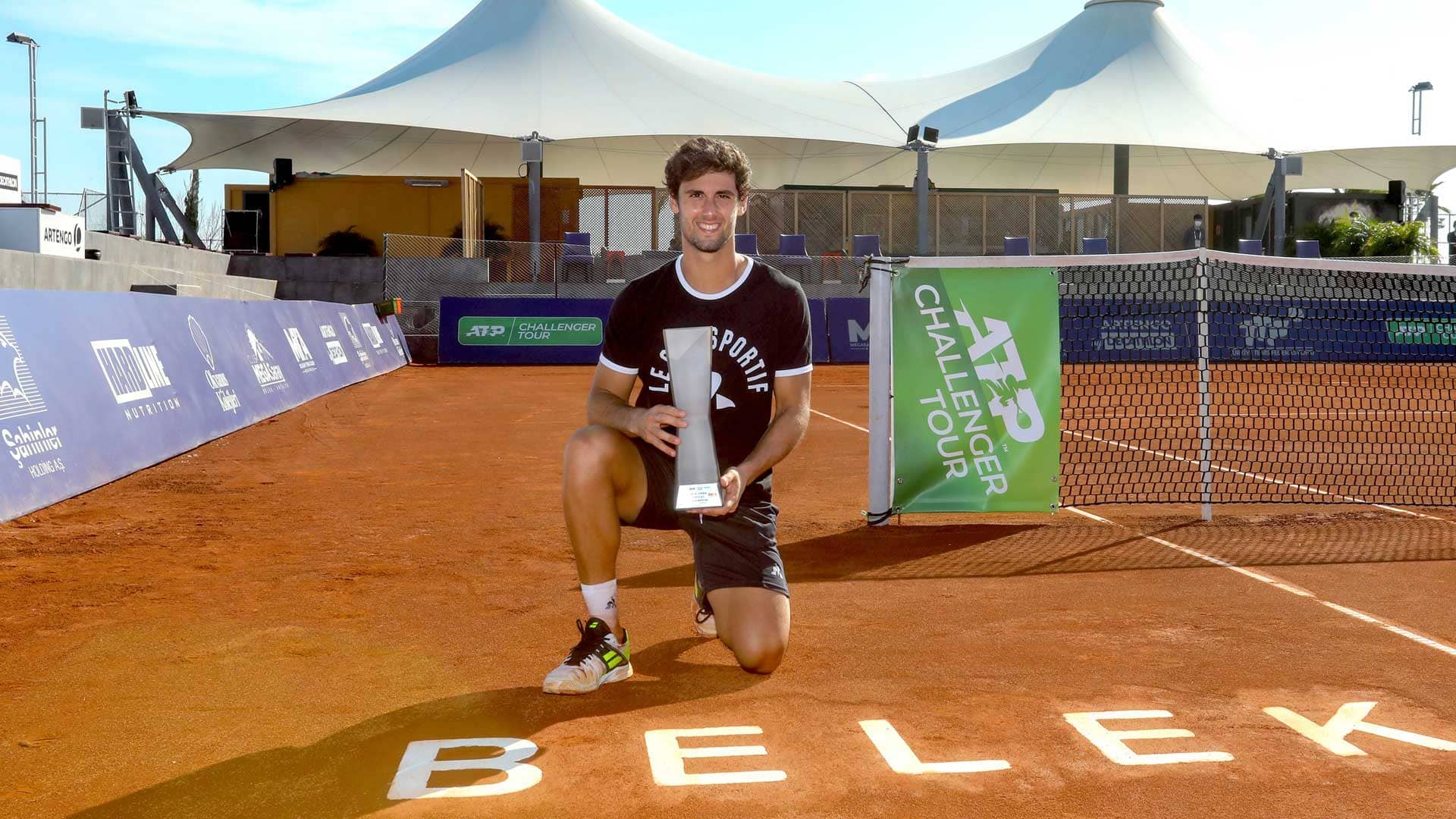