Brandon Nakashima is currently the No. 7 player in the ATP Race To Milan.

Nakashima: The #NextGenATP American With An Italian Ambition

Seven months ago, Brandon Nakashima was invited to spend a week training with Novak Djokovic ahead of the 2020 US Open. The 19-year-old had made headlines earlier in the year as the youngest Delray Beach Open quarter-finalist since Kei Nishikori in 2008.

Nakashima’s week with the World No. 1 provided the San Diego native with an understanding of how the highest-ranked player in the FedEx ATP Rankings trained and prepared for one of the biggest events in the sport. It also gave him the confidence boost he needed to take his game to new heights.

“I was practising with Djokovic the week before the US Open started. It was great spending time with him on the court,” said Nakashima. “Obviously, he is a really good person and such a high-level tennis player. It is great to learn from him, see how he goes about things when he is on the practice court and how professional he is… It definitely gave me some confidence that I could hang with the best player in the world right now. It was definitely a great experience for me.”

You May Also Like: Nakashima Completes #NextGenATP American Double In Quimper

Shortly after his training block with the 18-time Grand Slam champion, Nakashima earned his first Grand Slam victory in New York. The World No. 145 has since built on that achievement and captured the first two ATP Challenger Tour titles of his career. Nakashima earned the second of those crowns at his most recent event in Quimper, France.

“It was a great two weeks for me. We weren’t actually sure if I was going to play or not because of the trouble with travel restrictions. It was a long journey to get there, but I am glad we made it out there,” said Nakashima. “In the end, it turned out really well for me. I felt really comfortable out there and I thought I played a really high level both weeks.”

Nakashima will take added confidence into his next events. The two-time Challenger champion, who is currently competing in the Abierto Mexicano Telcel presentado por HSBC qualifying draw, recovered from a set down in three consecutive matches to reach the final in Quimper, where he defeated Bernabe Zapata Miralles 6-3, 6-4.

Nakashima’s season started with defeat in the first round of the Australian Open qualifying event in Doha, but that loss did not lead to disappointment. Nakashima and his coach were both happy with the level he brought to the court during his 6-2, 6-7(4), 6-2 loss. The defeat was softened further by the success of the man who beat him that day: eventual Australian Open semi-finalist Aslan Karatsev.

“Both my coach and I thought that it was really high-level tennis from both of us,” said Nakashima. “I remember my coach said after I lost that match that he’ll qualify and do well in the main draw. We both weren’t expecting him to get to the semi-finals, but I am sure he was playing with a lot of confidence. I was definitely really happy for him, but it was really good match for both of us.”

Nakashima’s success in Quimper capped a memorable two weeks for #NextGenATP Americans in the French city. One week earlier, Sebastian Korda also earned his second Challenger title in Quimper, as the city hosted back-to-back Challenger events. Korda (No. 4) and Nakashima (No. 7) are both currently in qualification positions for this year’s Next Gen ATP Finals in Milan.

“I know another American, Sebastian Korda, is in the running,” said Nakashima. “He has had a great start to the year, winning the [first Quimper title] and also making the final [in Delray Beach]. We weren’t really talking about qualifying for the tournament too much, but it obviously is in the back of our minds when playing all these events.”

The pair are not alone in their 2021 Challenger success. Three #NextGenATP Americans have already claimed trophies at Challenger-level this year. Jenson Brooksby recently became the third member of the group by collecting the Potchefstroom title. Nakashima is proud to be a part of his nation’s success this season, but he is keen to continue to set his sights on bigger goals for the future.

“It definitely feels great to be a part of [this American success]. It is nice to see the Americans, especially the younger ones, doing well at these Challengers and improving their games to compete at ATP Tour events,” said Nakashima. “I think, for me, there is still a lot of growing to do, a lot of improving for my game, but it is nice to see my fellow Americans doing well. Hopefully we will have some good battles with each other in the future.”

Nakashima, Korda and Brooksby will all be attempting to join an exclusive group of Americans to qualify for the Next Gen ATP Finals. Across the opening three editions of the tournament from 2017-2019, three Americans qualified for the 21-and-under event: Frances Tiafoe (2018-’19), Taylor Fritz (2018) and Jared Donaldson (2017).

“It would mean a lot to me to qualify for that event,” said Nakashima. “It is obviously a really well-run tournament, as I have seen in the past. All the top younger players are a part of it, so it would be a real honour to qualify there and compete with all those high-level guys that are around my age.”

As a fan, Nakashima has watched past editions of the Next Gen ATP Finals. The 6’1” right-hander is hoping to get the chance to experience the tournament’s unique scoring format and make his mark on tournament this year.

“I have actually seen the tournament the past couple of years. I obviously watched some of the highlights of past players. It seems like a really cool and well-run event,” said Nakashima. “The format is a little bit different compared to what we are used to on the ATP Tour, but I think it is a good idea and I think it will be good for me to qualify there.” 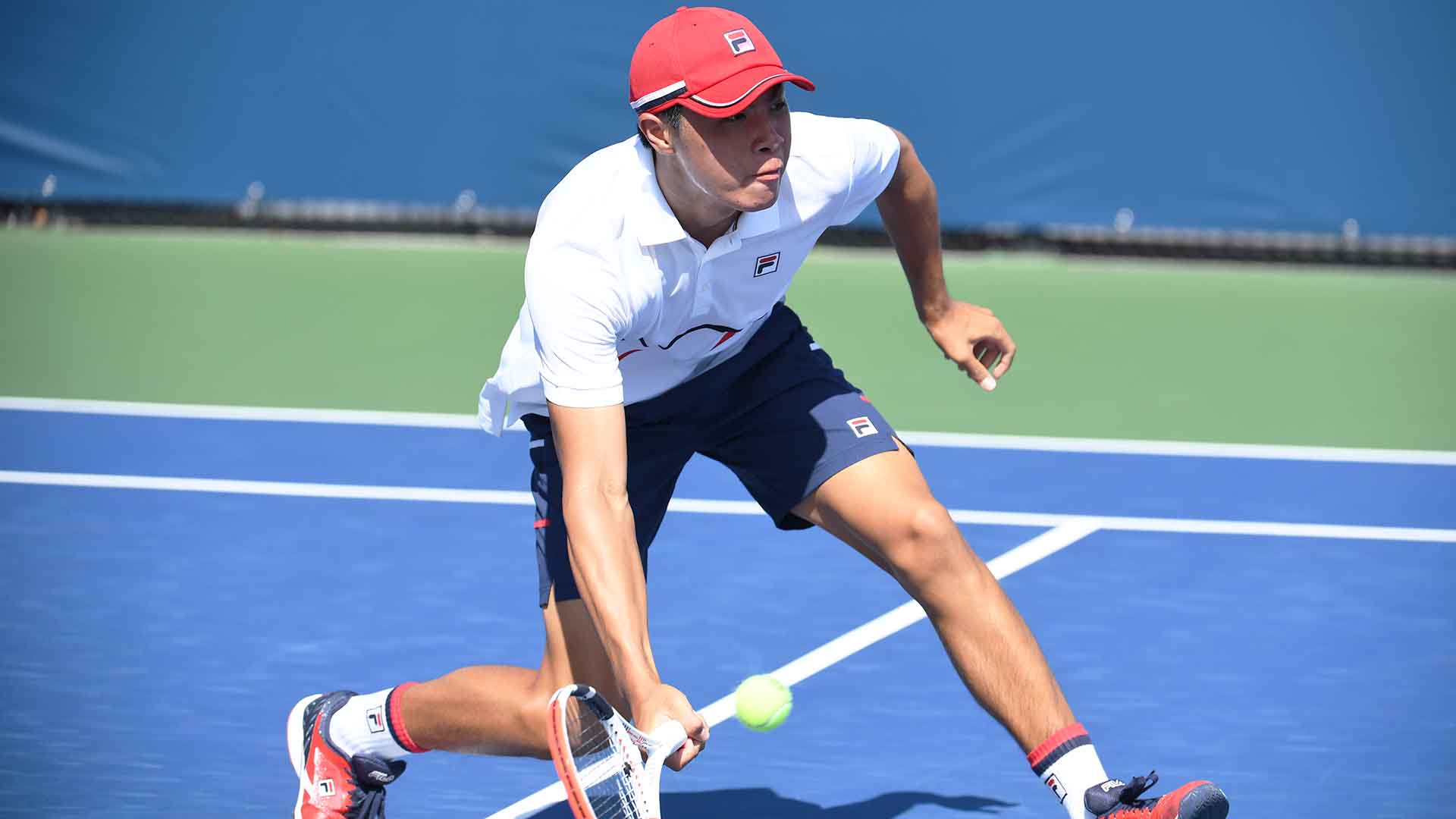 When Nakashima is not on the court, he turns his attention to other sports. The San Diego resident is a keen golfer and also enjoys supporting his local football and baseball teams. Despite their relocation from San Diego to Los Angeles in 2017, Nakashima remains an avid supporter of his local NFL team: the Los Angeles Chargers.

“On my days off, I like to play golf. I really enjoy spending time with friends and it is just fun and relaxing for me,” said Nakashima. “During tournaments, I usually spend time watching TV shows and reading articles and books that I enjoy. I just try to be an all-around person.

“I always liked to support my city teams in football and baseball. I still do right now, even though the Chargers moved to LA. It is always nice and fun to go to the games and just have fun out there.”

Back on the tennis court, Nakashima’s main goal for this year is to keep improving and developing his game. The World No. 145 hopes those improvements will help him to capture an ATP Tour title and compete at a high level across the remaining three Grand Slam events in 2021. If he can achieve those objectives, he will be one of the leading contenders to make a debut appearance in Milan.

“[I am trying to improve] a little bit of everything in my game. Adding some variety, developing my groundstrokes and my serve to make it more of a weapon,” said Nakashima. “[I am] just trying to be an all-around player who will do well on all the surfaces throughout the year.”