Daniel Nestor played his final Rogers Cup in 2018 alongside Vasek Pospisil, who is into the fourth round of the US Open.

Andrew Eichenholz
This article contains:
Felix, Shapovalov and Pospisil have made history in New York

At the US Open, Felix Auger-Aliassime, Denis Shapovalov and Vasek Pospisil became the first Canadian trio to reach the fourth round of a Grand Slam. It was a major breakthrough for tennis in their country considering no three Canadians had ever reached the third round of a Slam.

According to a Canadian legend, former doubles World No. 1 Daniel Nestor, their success has had a ripple effect back home. The 91-time tour-level doubles champion has recently been pushing his older daughter, 11-year-old Tiana Alexis, to play tennis. He has taken her to some under-12 tournaments.

“I just noticed how many more kids are playing,” Nestor said. “The girls’ draws 30, 40 years ago were minimal. Sometimes it’d be eight girls playing, six girls playing. Now it’s 32 with a waiting list. If there’s a 32-draw there’s a waiting list of 10 girls trying to get in. It’s really had an impact on Canadian tennis and things are booming right now.”

You May Also Like: Shapovalov, Felix & Pospisil Make History In 'Golden Era For Canadian Tennis'

First and foremost, 2004 US Open men’s doubles champion Nestor is excited to see his countrymen performing so well on such a big stage, especially considering this is only the second tournament of the ATP Tour’s return after a more-than-five month suspension.

“It’s crazy,” Nestor said. “They’re playing great. They were all playing great before all this crazy stuff started happening, so I guess it’s not really that surprising, but it’s still pretty impressive.”

When Nestor saw this year’s draw, he was happy that Canadian hopes Auger-Aliassime and Shapovalov were not playing each other in the first round for the third consecutive year. That got Nestor thinking of something else.

“They played each other in the first round two years in a row and now they could play each other in the final this year. That would be pretty interesting,” Nestor said. “It’s great to see all of them playing so well and living up to their rankings and their potential.” 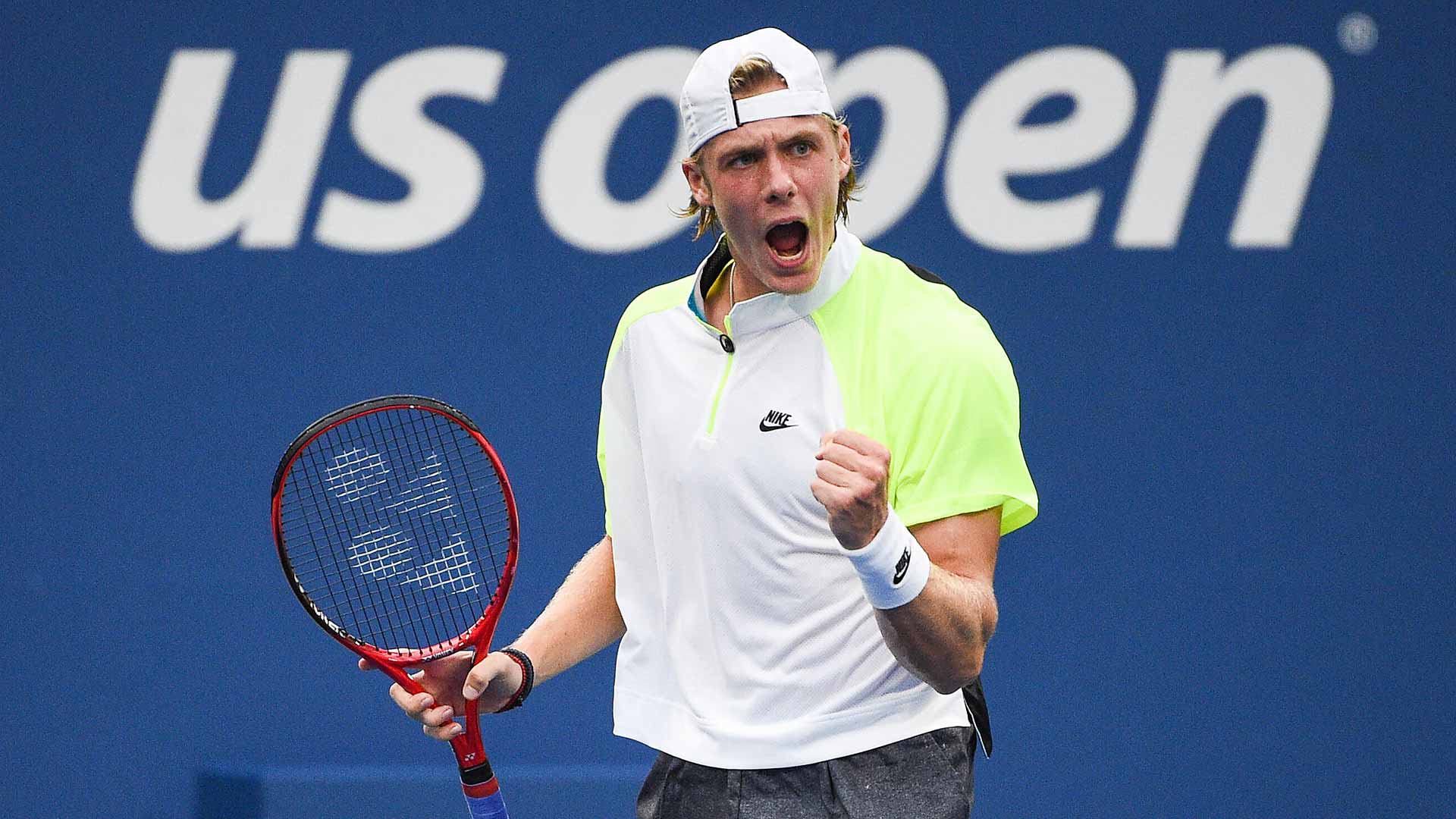 Photo Credit: Mike Lawrence/USTA
The legendary lefty believes Shapovalov’s come-from-behind victory against Taylor Fritz in the third round could be a major confidence builder that helps him relax and swing even freer than he already does.

Auger-Aliassime is into the fourth round of a Slam for the first time. Nestor believes that his battle against second seed Dominic Thiem will not only be a big test, but an opportunity.

“It would just be a huge confidence boost and a statement win, especially considering the circumstances, the status of the event,” Nestor said. “He hasn’t really played that well in Grand Slams, so it’s a huge opportunity.” 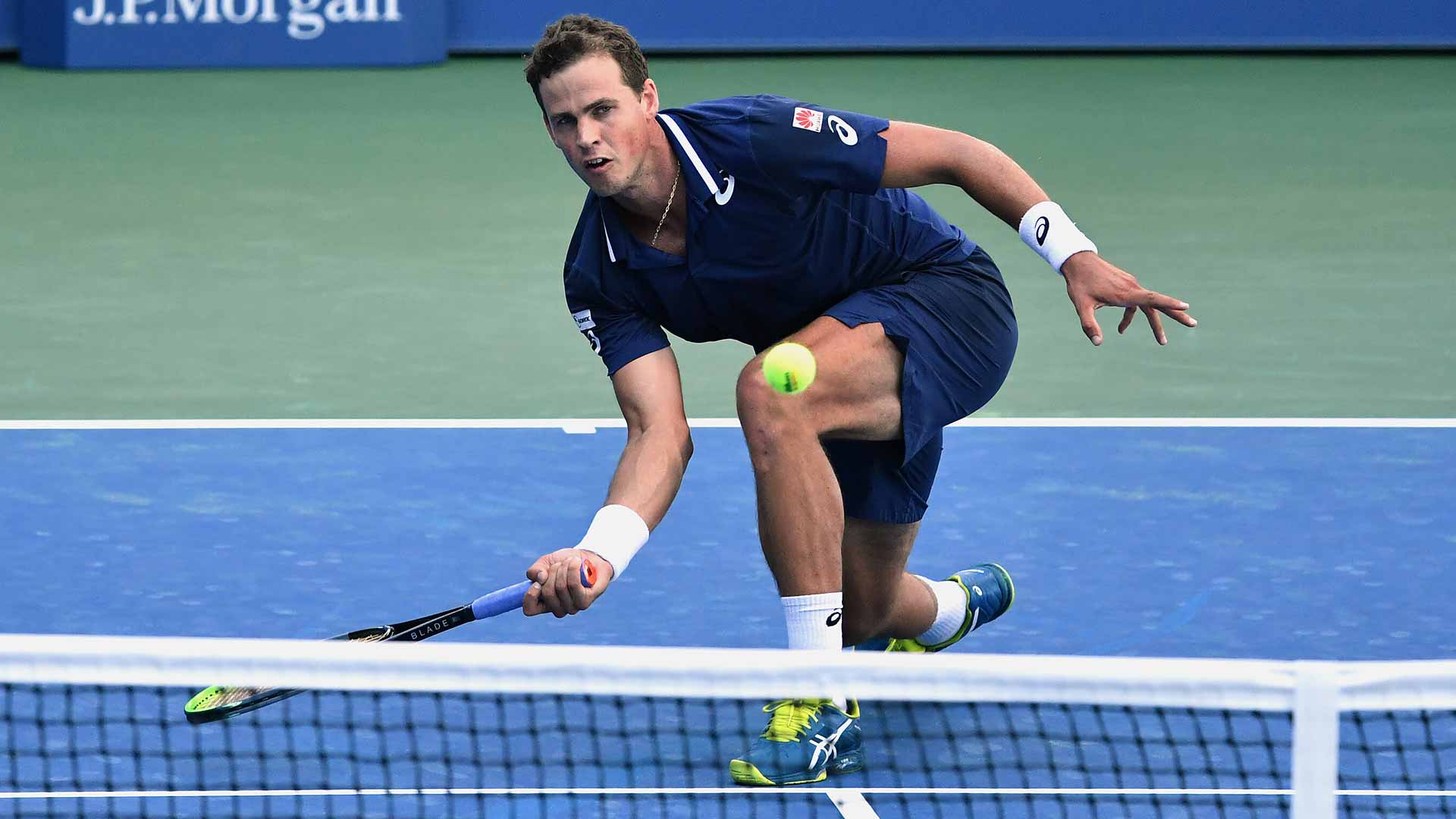 Photo Credit: Peter Staples/USTA
Later in his career, Nestor played many tournaments alongside Pospisil, so he knows the 30-year-old well. Nestor believes the success of the rising Canadians has helped motivate Pospisil, who has climbed as high as No. 25 in the FedEx ATP Rankings.

“Even from a personal standpoint, always in the back of my mind as I got older was, ‘When is the right time to retire?’ I was still doing fairly well and all of a sudden these kids came along, then it was Milos and Vasek. They were playing so well and I wanted to be a part of it,” Nestor said. “I’m sure Vasek’s feeling the same thing. These young guys came along doing well and he still feels like he could do well. They’ve motivated him to stay out there and play well and he’s playing the best tennis of his career right now.”

What is perhaps most impressive about this run is that former World No. 3 Milos Raonic, who made the final at last week’s Western & Southern Open, isn’t one of the three Canadians into the second week. He lost against Pospisil in the second round.

“He’s always shown that he can play very well with very little preparation, but unfortunately he had to play Vasek early in the tournament,” Nestor said. “If that didn’t happen maybe we’d have four guys here considering how well everyone is playing.”

It’s impossible to say what will happen over the next week for Canadian tennis, starting with Shapovalov’s match against David Goffin on Sunday evening. But Nestor is proud of his countrymen.

“I think it’s definitely a golden time for Canadian tennis.”