Mikhail Kukushkin celebrates recording the 150th match win of his career on Thursday over ninth seed John Isner at Wimbledon.

Kazakhstan’s Mikhail Kukushkin recorded the 150th match win of his career on Thursday by knocking out ninth seed and last year’s semi-finalist John Isner at The Championships.

The 31-year-old, who is competing at Wimbledon without a full-time coach, took advantage of Isner’s lack of competitive play in recent months with a 6-4, 6-7(3), 4-6, 6-1, 6-4 victory over three hours and five minutes on No. 3 Court at the All England Club.

World No. 58 Kukushkin broke early in the third and fourth sets, then kept his nerve to notch just his third Top 20 victory at a Grand Slam championship for a third time and break a four-match losing streak against Isner. The 34-year-old American hit 34 aces, but had his serve broken four times and committed 50 unforced errors in total.

You May Also Like: Mikhail Kukushkin: Hard Yards In Prison Reap Dividends

“It's very disappointing to lose,” said Isner. “I think my lack of preparation certainly showed today. I knew something like that was very possible. Unfortunately, that was the case today. The most important thing is my foot's fine. My fitness [is] definitely not there. There's no doubt. I was just able to put weight on my foot about 10 days before the tournament, so this is the first time I was able to put all my weight on my foot. It had been a long time on the shelf.”

Kukushkin will next meet Germany’s Jan-Lennard Struff, the No. 33 seed, who struck 66 winners past last week’s Nature Valley International titlist Taylor Fritz of the United States 6-4, 6-3, 5-7, 7-6(2) in two hours and 15 minutes. 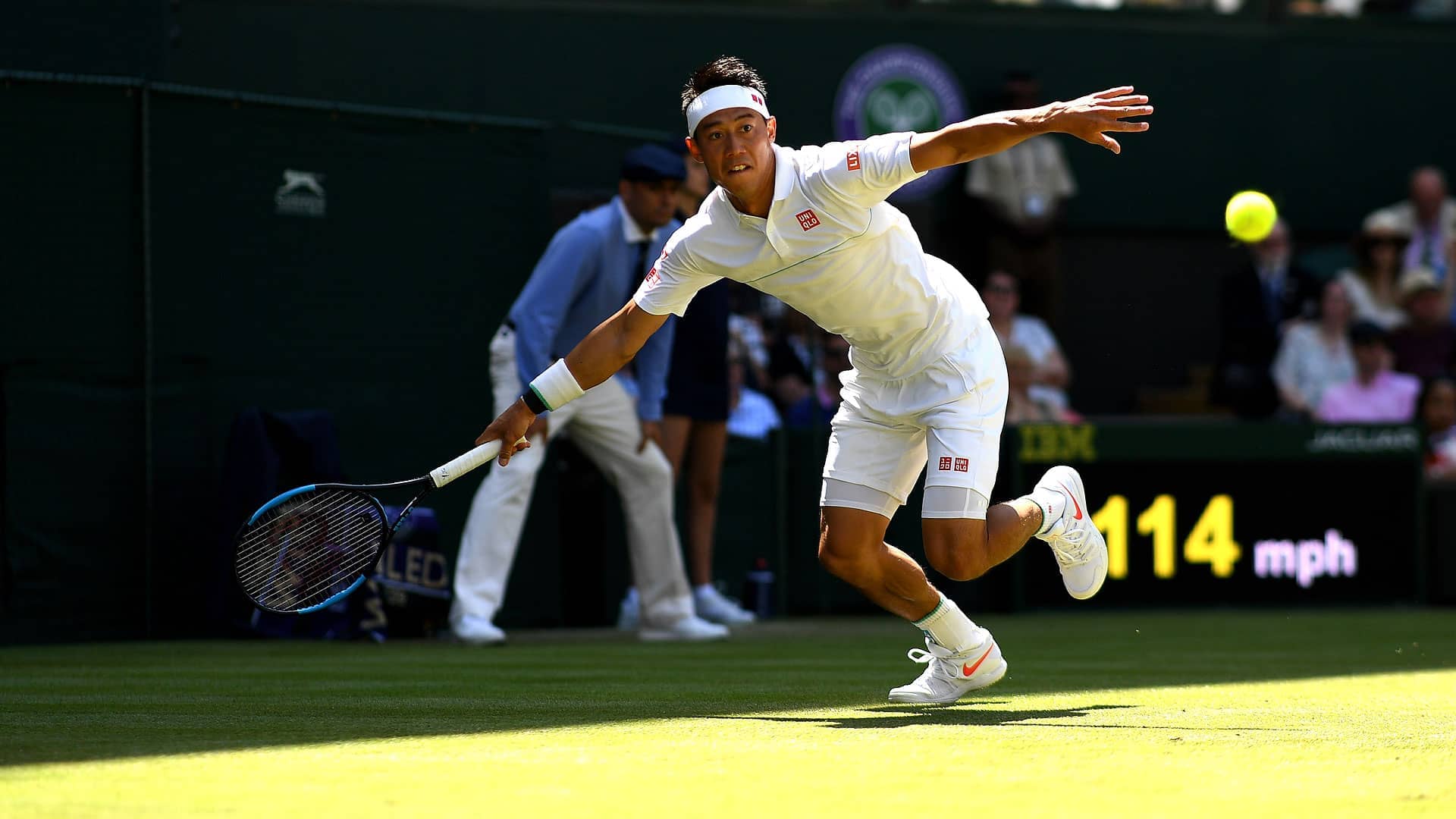 Kei Nishikori recovered from a slow start on Centre Court to book his place in the third round. The eighth-seeded Japanese star bounced back from 2-4 down in the first set en route to a 6-4, 6-4, 6-0 victory over Cameron Norrie of Great Britain in one hour and 48 minutes.

"I think Kei actually returned unbelievable today," said Norrie. "I think I have never had someone return my serve like that. I think he put a lot of pressure on me in that respect. I could have hit my spots a little bit better, but he played great today, [a] very clean match."

"It's a tough one to swallow, one of those matches where you come off the court and you still don't know how it didn't end up going your way," said De Minaur. "I felt like I did everything I could, everything in my power, gave myself that many chances and just could not put those important points together. You look at the stats, and I lost 6-3 in the fifth, yet I won more points. It doesn't get tougher than that to swallow."

He’ll now play Australia’s John Millman, who is through to the Wimbledon third round for the first time since 2016, after he performed consistently on serve to knock out No. 31 seed Laslo Djere 6-3, 6-2, 6-1 in two hours and seven minutes.