Kei Nishikori breaks Joao Sousa's serve seven times on Thursday to advance to the second round in Indian Wells.

ATP Staff
This article contains:
Former World No. 4 will next face Evans

Kei Nishikori appeared in danger of suffering an opening loss on Thursday at the BNP Paribas Open, but the former World No. 4 rallied past Portugal’s Joao Sousa 6-7(5), 6-3, 6-2 in two hours and 22 minutes to reach the second round in Indian Wells.

“[It was] very tough,” Nishikori said in his on-court interview. “He took the first set and I was a break down in the second set, so I tried to be a little bit more aggressive. He was very steady.”

Nishikori was struggling for answers when he immediately fell behind a break in the second set. The Japanese star had never previously lost a completed set against Sousa. But instead of capitulating, Nishikori took the action to his opponent and won his opening main draw match at this ATP Masters 1000 event for the seventh time.

“[I am] very, very excited to play this week [in Indian Wells] and [I am] happy to pull through a tough one,” Nishikori said. 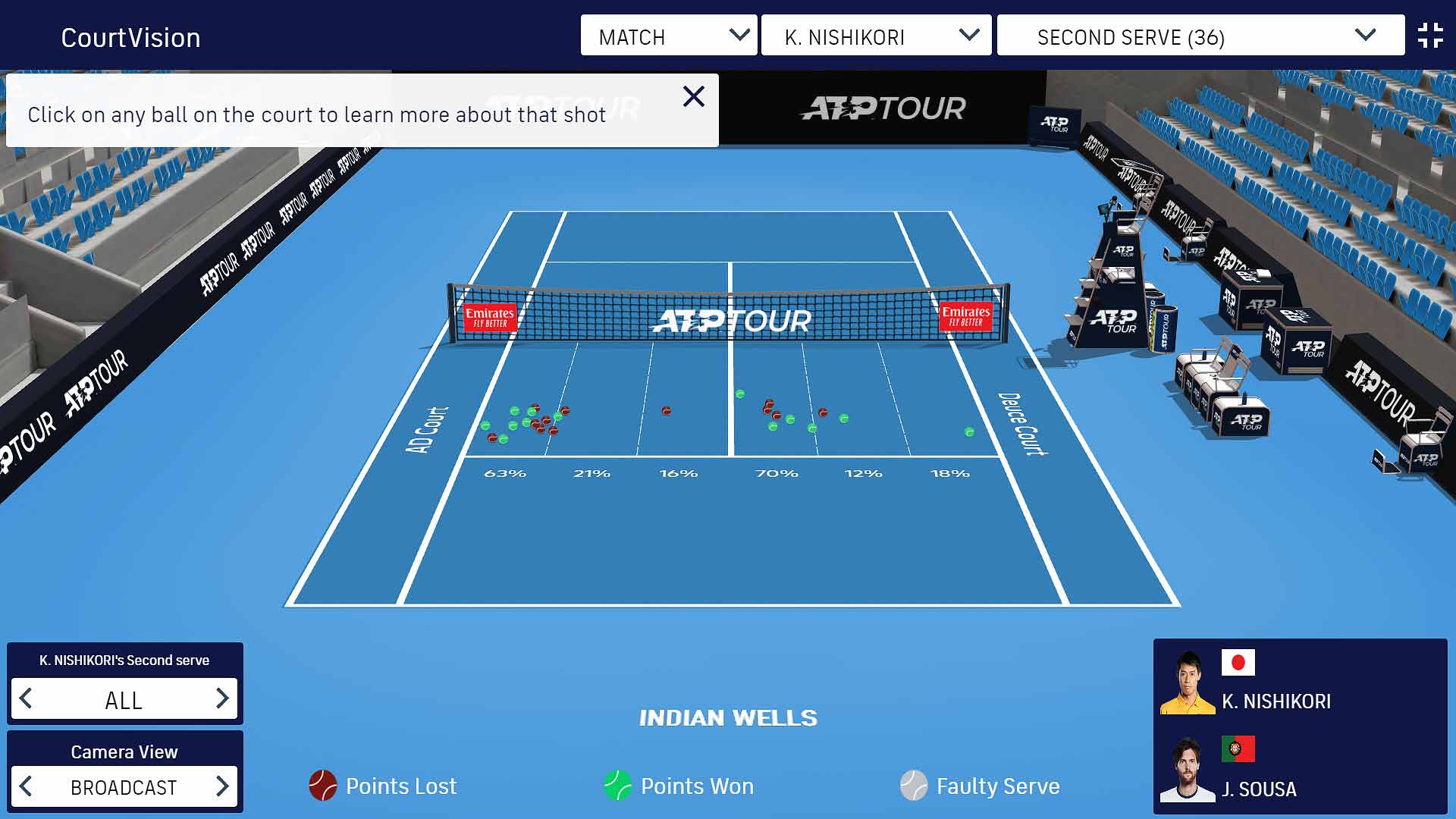 The 31-year-old is in a tricky part of the draw, and will next play 18th seed Daniel Evans, against whom he holds a 3-1 ATP Head2Head advantage. Nishikori beat Evans in a five-set marathon at Roland Garros last year that took nearly four hours.

In the same part of the draw, American qualifier Maxime Cressy clawed past Serbian Laslo Djere 6-7(3), 6-1, 7-5 in two hours and 23 minutes. Cressy, who attended college in California at UCLA, will try to upset 11th seed Diego Schwartzman in the second round. The winner will play Evans or Nishikori.