Second seed Stefanos Tsitsipas overcame a mid-match wobble against Kei Nishikori as he sealed a 6-3, 3-6, 6-1 victory on Monday to reach the fourth round at the Miami Open presented by Itau.

The Greek player took commanding leads in the first and third sets, but he was in for a battle as the resurgent Nishikori, former World No. 4 in the FedEx ATP Rankings, made him work for every point in between. Tsitsipas fired 32 winners – including 14 from his forehand – across nearly two hours on his way to victory.

You May Also Like: Rublev Completes March Hat-Trick Against Fucsovics In Miami

Tsitsipas moved into the fourth round in Miami for the second edition in a row, and will face 24th seed Lorenzo Sonego for a spot in the quarter-finals.

The second seed came flying out of the blocks on Grandstand against 28th seed Nishikori, who has been fighting to regain his form since returning from an injury break last year. Tsitsipas broke early to build up a 3-0 lead, and didn’t take his foot off the gas as he dropped only four points behind his serve during the set.

By contrast, Nishikori and Tsitsipas needed a hard-fought 20 minutes to decide the opening three games of the second set – and they all went to the Japanese player, who looked to be swinging more freely and hitting smart drop shots. Nishikori earned his lone break of the match and held serve under pressure, shaking off three break points in his first two service games to emerge with the 3-0 lead. 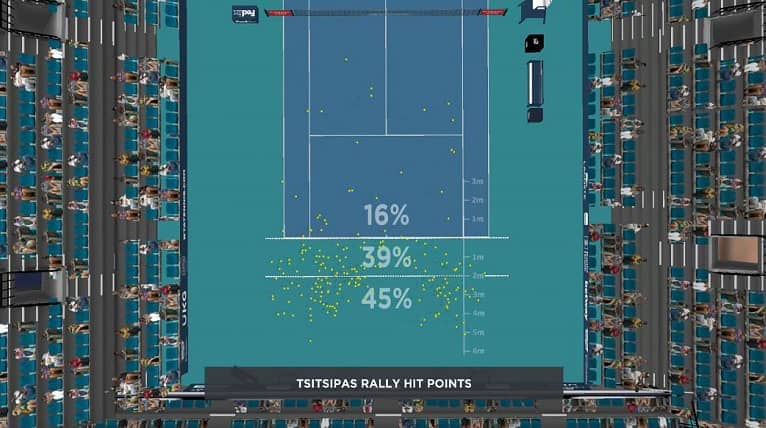 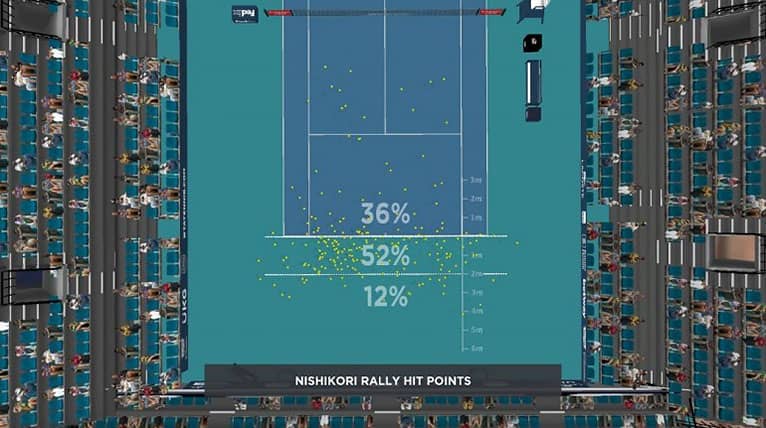 But he couldn’t keep up that high level in the third set, and Tsitsipas capitalised on Nishikori’s dip in form. After the Japanese player surrendered his serve in a marathon 10-minute first service game, it was one-way traffic for Tsitsipas as he closed out the victory in an hour and 56 minutes.

Tsitsipas will face 24th seed Sonego for a spot in his first Miami quarter-final, and his seventh quarter-final at an ATP Masters 1000. Sonego, who defeated Daniel Elahi Galan 7-6(6), 6-3, is into the fourth round at this level for just the second time after a run to the 2019 Monte Carlo quarter-finals.