Sandgren: 'Would This Happen To Anyone But Me Right Now?'

The American let slip a break advantage twice in the fifth set, then saved two match points at 7-8 in the decider. He served for the victory at 10-9 and gained a 40/0 lead, but lost his first three match points, bringing back memories of this year's Australian Open quarter-finals. Sandgren let slip seven match points against Roger Federer in the last eight at Melbourne.

"I looked at my coach and said, 'Would this happen to anyone but me right now?' I'd lost my serve twice [when I] was up a break in the fifth at love," Sandgren said. "I was up 40/0, playing a really good game. To be fair, he played some really good tennis to get back. Played a good point at 40/0, hit an unreal pass at 40/15, sliced it. He should go work at Benihana's or something with that slice. Then I got a little tight at 40/30.

"But he played well. So it kind of was like, 'You know what, if I get broken here I get broken', because he did enough to deserve it. It's not like I butchered a bunch of points in a row or something. I don't know if I was thinking about Australia, but I was like, 'You really need to close this one out here.'"

Sandgren will next play lucky loser Daniel Elahi Galan, who beat Brit Cameron Norrie 4-6, 6-3, 5-7, 6-1, 6-1. The winner could potentially face World No. 1 Novak Djokovic in the third round. 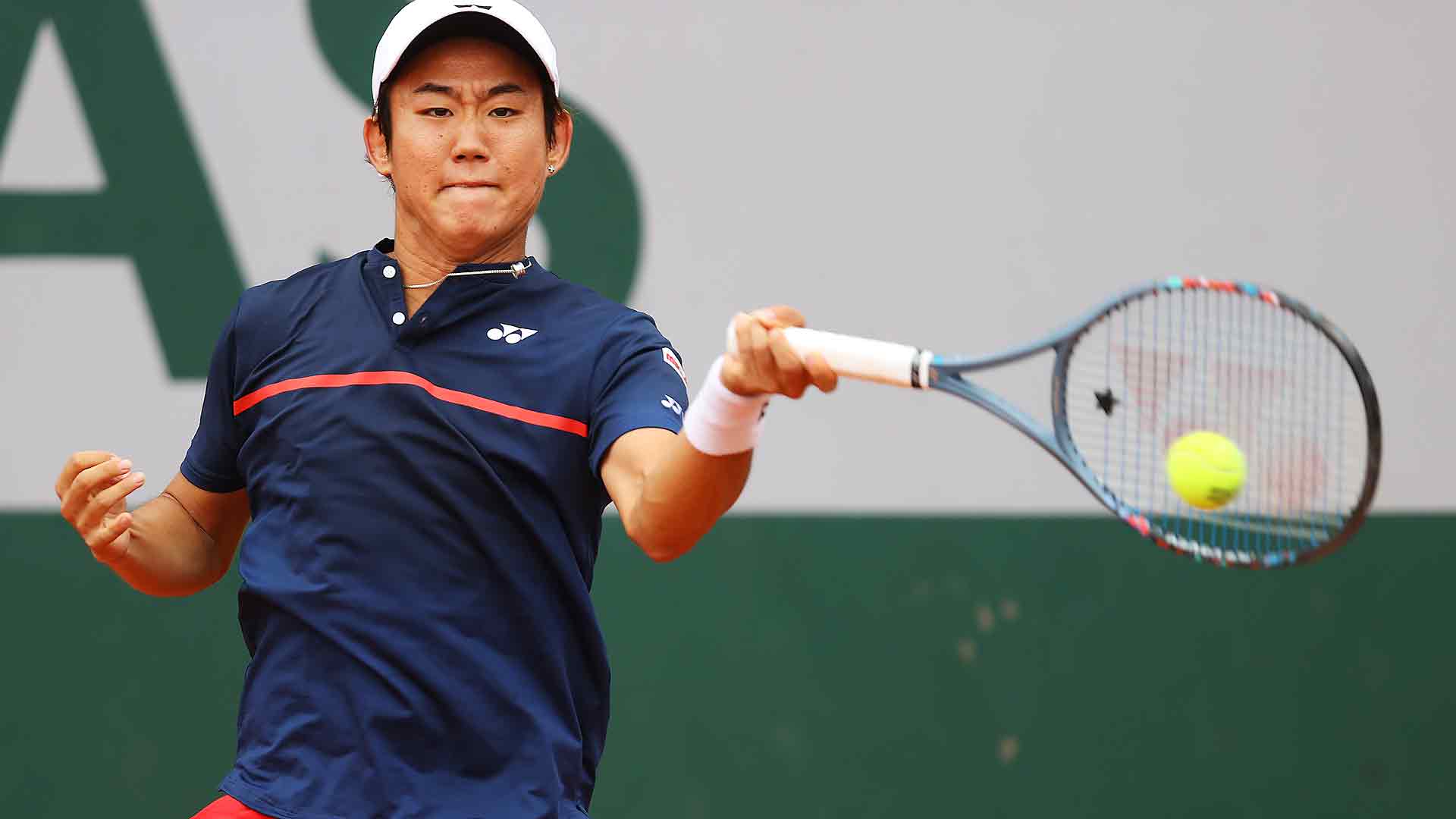 Yoshihito Nishioka overcame Felix Auger-Aliassime, the No. 19 seed, for a second time in a tour-level meeting on Monday by winning 7-5, 6-3, 6-3 in a two-hour, 32-minute first-round encounter.

The Japanese let out a roar of delight after reaching the second round, having recovered from 1-3 down in the opener. He also saved 11 of 13 break points.

“Today was tough for me overall, what he was bringing in the match,” Auger-Aliassime said. “I knew it was going to be tough to go through him, [as he was] going to put a lot of balls back. Obviously, the conditions were not the best for me. He played well. Also, I wasn't good, and I could have been better on many of those opportunities. I give him credit and I take responsibility on that, because I just felt like there is too many times where I just didn't step up and played a decent point.”

Casper Ruud, the No. 28 seed, powered his way into the second round to extend his clay-court record to 16-4 this year. The Norwegian, who has been in fine form since the resumption of the ATP Tour last month, cruised past Yuichi Sugita 6-1, 6-3, 6-1 in one hour and 33 minutes.

Ruud, who is competing in Paris at a career-high No. 25 in the FedEx ATP Rankings, hit 35 winners and now faces American Tommy Paul, who won 29 of his 38 first-service points in a first Roland Garros win over James Duckworth 6-2, 6-3, 6-2 in one hour and 43 minutes.

The 21-year-old Ruud won his first ATP Tour title at the Argentina Open (d. P. Sousa) in February and has reached back-to-back semi-finals in recent weeks, at the Internazionali BNL d’Italia (l. to Djokovic) and at the Hamburg European Open (l. to Rublev).