If you like roller coasters, you certainly would have enjoyed Yoshihito Nishioka’s 6-7(2), 6-4, 7-6(5) victory against #NextGenATP Canadian Felix Auger-Aliassime on Monday evening in the third round of the BNP Paribas Open.

The 18-year-old Auger-Aliassime, who led by a set and a break, made a spirited comeback, saving three match points to recover from 1-5 down in the decider and take a 5/3 lead in the third-set tie-break. But Nishioka’s steadiness proved too much for the teenager, and the 23-year-old from Japan triumphed after two hours and 56 minutes.

"It's very tough to play in that situation," Nishioka said. "[I was] feeling very mad when he came back because I had a chance to win already, three match points. But he saved them with really good shots... I just tried my best and I found a way, finally."

The battle was a classic clash between offence and defence. Auger-Aliassime took the lead by stepping into the court and striking powerful groundstrokes, especially off the forehand wing. But the Canadian increasingly made unforced errors late in the second set, and appeared to be losing steam before his impressive comeback in the decider.

"He just started playing high on my backhand. I wasn't hitting as many forehands. I was struggling to dictate the points, struggling to move, the serve, as well. From there, it was tough," Auger-Aliassime said. "It was tough to believe [I was coming back], because I wasn't playing good at all. He was really dominating. Okay, I'm down match points. I'm like, 'Okay, I'm going to try to win this one.'

"I eventually broke back 5-2, and then I saw a little bit of an opening... I was only one break down after that. I thought I might have a chance, maybe he's going to get tight serving for the match. I gave myself a chance. I can be happy with myself for that."

While Auger-Aliassime saved one match point at 1-5 and another two at 2-5, it was not enough. This is Nishioka’s second trip to the fourth round at the year’s first ATP Masters 1000 event. He also reached the last 16 in the desert two years ago to climb to a career-high No. 58 in the ATP Rankings. But just days after that breakthrough, Nishioka tore his ACL in Miami, a major setback.

"I'm very happy to come back [to the] Round of 16. I think I'm very fit on this surface and in this weather [and with] the balls, everything," Nishioka said. "Two years ago I couldn't take my chances to [make the] quarter-final, so hopefully I can take them this time."

The left-hander captured his maiden ATP Tour title last September in Shenzhen to return to the world's Top 100. But perhaps it’s fitting that Nishioka, who had won only one Masters 1000 match since that injury, is back into the fourth round here again.

“It's crazy from lucky loser to get to the fourth round,” Kecmanovic said. “I'm obviously really happy right now. It was a tough one to lose, in qualies [to Marcos Giron]. We both played really well, and Marcos made the third round and almost beat [Milos] Raonic today. So it was a tough matchup. But thankfully I got in, and I managed to use it pretty well.

“I'm relaxed. I'm enjoying myself because I'm not supposed to be here so I'm just going out on court and enjoying, swinging for it and it's working well so far.”

This will be the first FedEx ATP Head2Head meeting between Nishioka and Kecmanovic. Regardless of the result, there will be a first-time Masters 1000 quarter-finalist in Indian Wells. 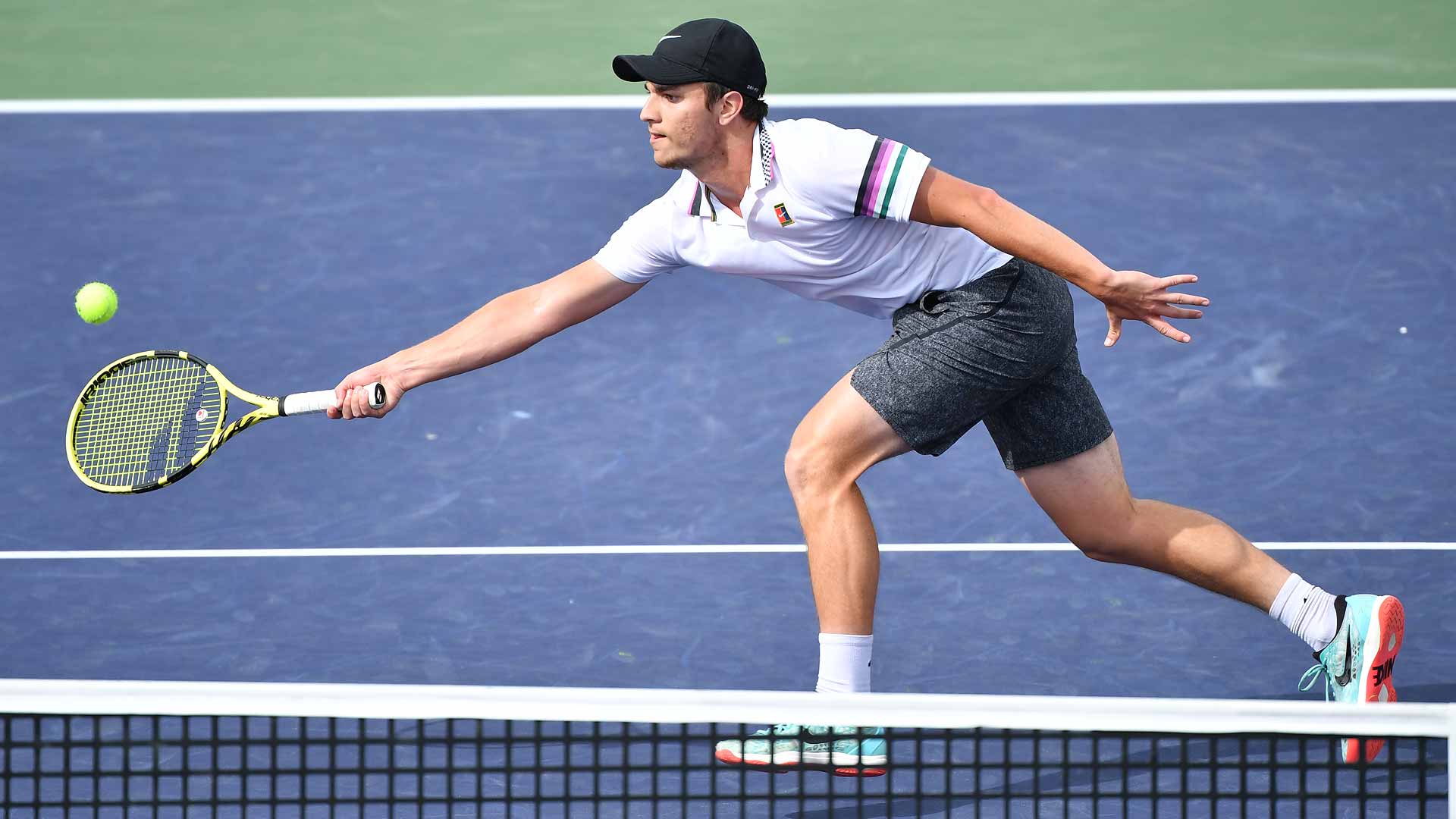