The singles draw for the 2019 Nitto ATP Finals, to be held at The O2 in London from 10-17 November, was made on Tuesday and broadcast on the ATP Tour Facebook page. Defending champion Alexander Zverev, who is making his third consecutive appearance at the season finale, took part in the draw.

Rafael Nadal, who will be bidding to clinch year-end No. 1 in the ATP Rankings for a fifth time, leads Group Andre Agassi alongside Daniil Medvedev (2-0 in FedEx ATP Head2Head), Stefanos Tsitsipas (4-1) and 2018 titlist Zverev (5-0). Nadal has a 51-6 match record on the season and has qualified for the season finale for a record 15th consecutive year. He finished runner-up in 2010 and 2012.

Federer, a six-time former champion at the prestigious event, has compiled a 51-8 match record in 2019, including four titles. The Swiss will play Djokovic for the 49th time in their legendary rivalry in Group Bjorn Borg round-robin play.

You May Also Like: 12 Years On, Rafa, Novak, Roger Remain Top Trio; All About The Nitto ATP Finals

Eight different countries are represented in the elite eight-man singles field for the fourth consecutive year, with Group Bjorn Borg matches beginning on Sunday, 10 November. Group Andre Agassi matches are scheduled to begin on Monday, 11 November. Four played aged 23 and under will compete at The O2 in London. Andre Agassi won the 1990 season finale, when the event was held in Frankfurt, while Bjorn Borg won the 1979 and 1980 titles at Madison Square Garden in New York City.

Roberto Bautista Agut and Gael Monfils, the 2016 qualifier, are first and second alternates respectively in the singles field. 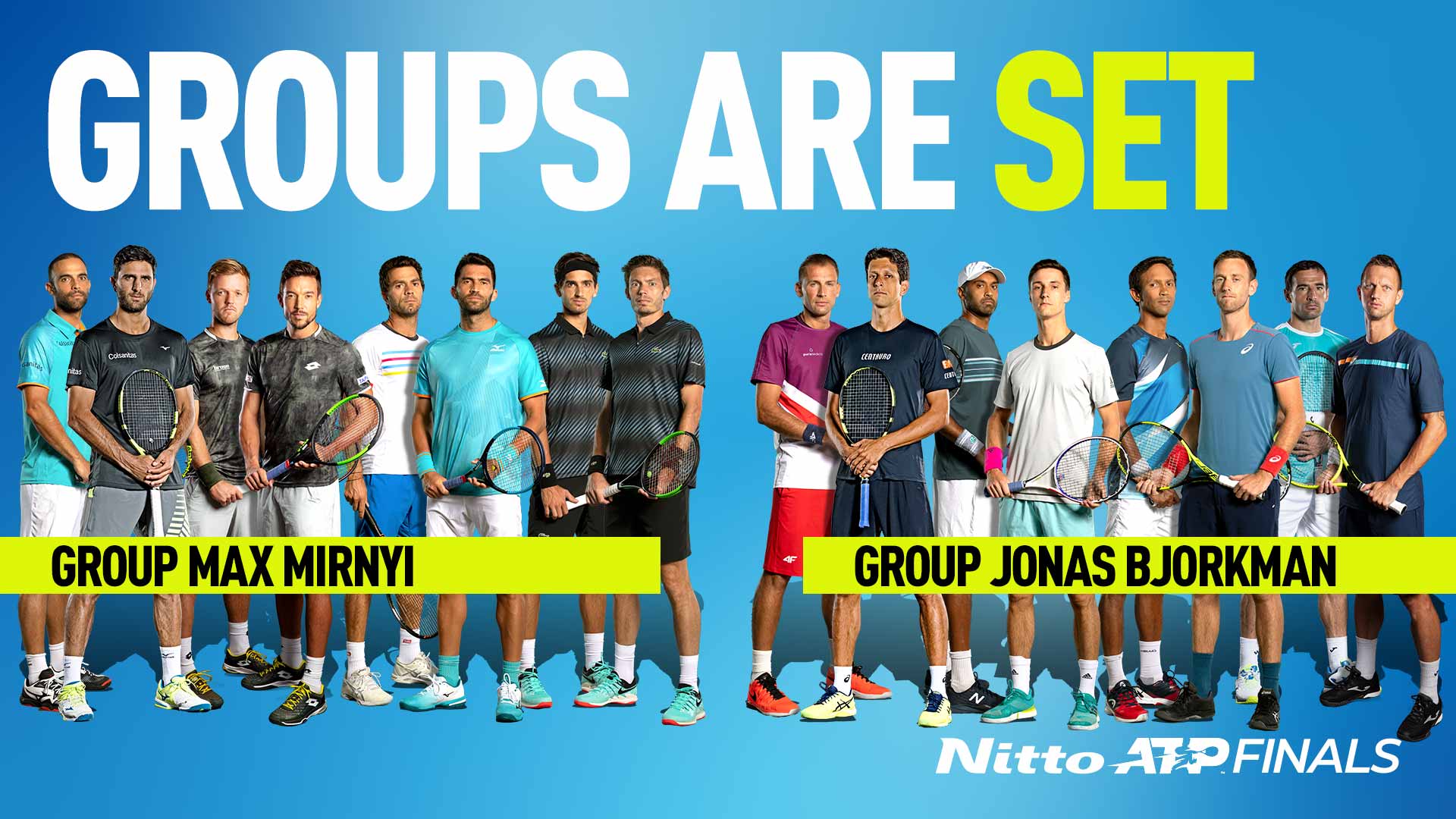 Juan Sebastian Cabal and Robert Farah, who have already clinched the year-end No. 1 ATP Doubles Team Ranking and have a 5-2 record in tour-level finals in 2019, lead Group Max Mirnyi, which begins on 11 November. Lukasz Kubot and Marcelo Melo, the second seeds, headline Group Jonas Bjorkman that starts on 10 November.

Henri Kontinen and John Peers, winners of the Nitto ATP Finals titles in 2016 and 2017, will serve as first doubles alternates at the season finale. Jeremy Chardy and Fabrice Martin are the second doubles alternates.

Max Mirnyi and Jonas Bjorkman won the 2006 season finale doubles title in Shanghai. Additionally, Mirnyi lifted the 2011 trophy with Daniel Nestor at The O2 in London, while Bjorkman partnered fellow Swede Jan Apell to the 1994 crown in Jakarta.