ATP Staff
This article contains:
Action begins on Sunday at The O2 in London

When the Nitto ATP Finals competitors pose for the official group portrait at The O2 in London, you know the action is near.

The eight singles players competing in the season finale gathered on Friday for their group shot, while also taking a special tribute photo to thank the National Health Service and all key workers. 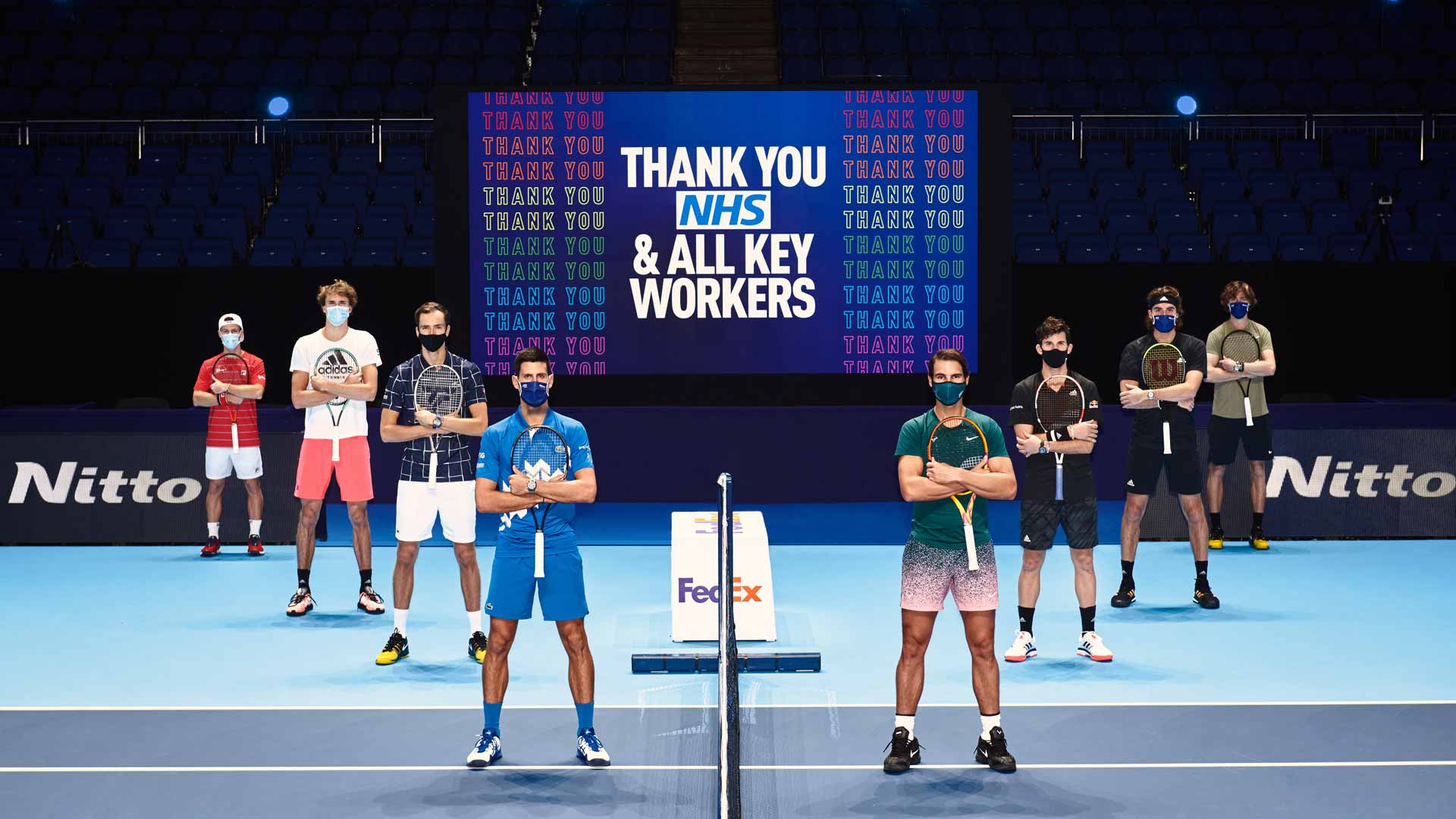 The players participated in Media Day Friday, speaking to reporters and broadcasters before the season finale. Here is what some of the players said...

Rafael Nadal
“The atmosphere in this amazing stadium, the organisation has been great, the event has been very popular around the world. I think the ATP did a great job choosing The O2, choosing London and creating a fantastic event for so many years."

Daniil Medvedev On Winning The Rolex Paris Masters
“It was a great level of tennis, so I have confidence in myself, and I think it will help me here in London. Before, I won only one match in three or four years in Bercy, but this year I won the tournament, so I’m looking confident for this year in London.

Alexander Zverev On Facing Novak Djokovic
“Novak is a great player no matter where you play him. He’s tough to beat,” Zverev said. “I played him twice here in the same year. Obviously I won once, I lost once. He’s going to be difficult. I think he’s the favourite in our group and everybody’s going to look forward to playing him. You have to play your best to have a chance against him.”

The tournament's 12th and final edition in London will take place from 15-22 November.