Want To Take Home The Net From This Year's Nitto ATP Finals?

The world's best players will compete in the Nitto ATP Finals, to be held at The O2 in London from 15-22 November. After the tournament, one lucky fan will take home the official ATP Tour net used on Centre Court during the season finale.

Four dream prize packages are up for grabs in an Ultimate Prize Draw being held to aid Cancer Research UK, the official charity partner of the Nitto ATP Finals. Priced at only £10 per entry, any fan can help support the organisation's critical work, which has seen fundraising heavily impacted by the COVID-19 pandemic..

Two of the prize packages — the 'Take The Nitto ATP Finals Home' package and the 'Thank You London' package — are full of unforgettable memorabilia.

“These two packages provide fans an amazing chance to win items that they will be able to cherish for years to come. From signed memorabilia to pieces of the action, these ultimate prizes will hopefully provide plenty of memories of the season finale,” said Nitto ATP Finals Event Director Adam Hogg. “Cancer Research UK’s fundraising efforts have been severely impacted by COVID-19, and the Nitto ATP Finals is happy to do its part to support its official charity partner during these tough times.”

The tournament-used net is one of several items in the 'Take The Nitto ATP Finals Home' package. The fan who wins that will also receive a signed "coin toss" coin from the Nitto ATP Finals championship match, a personalised video from this year's champion and signed official photos from previous editions of the season finale. 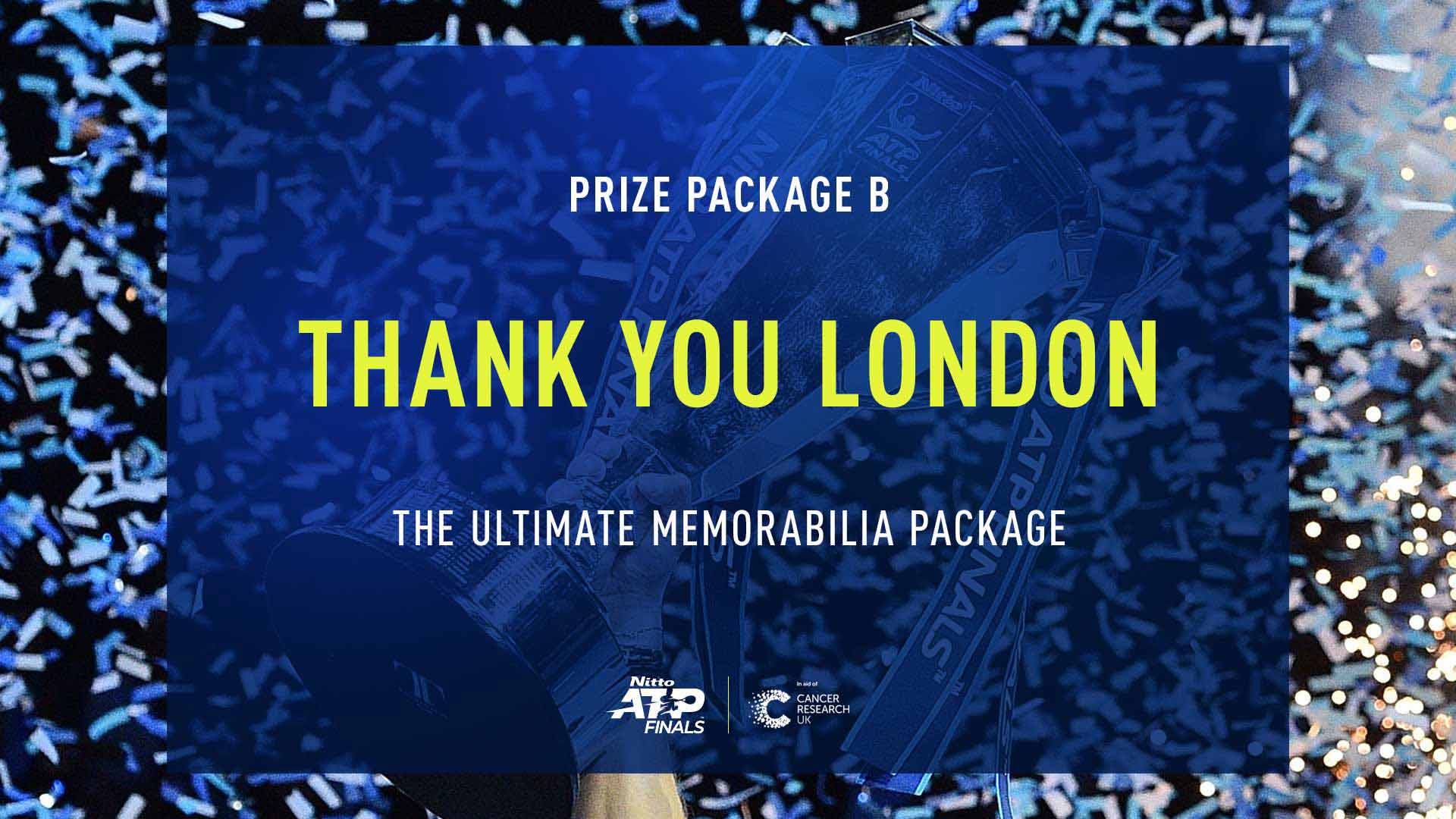 In the 'Thank You London' package, the prize draw winner will receive a 2020 Nitto ATP Finals Official photo signed by all eight singles players.

You May Also Like: Schwartzman Qualifies For First Time To Complete 2020 Nitto ATP Finals Singles Field

The lucky fan will also win signed apparel from this year's qualified players and a signed racquet from the 2020 Nitto ATP Finals champion.

For more information and to enter the prize draw please click here.