The eight best singles players and doubles teams will compete this week at the Nitto ATP Finals in Turin.

The season’s top eight singles players and doubles combinations are all set for the first Nitto ATP Finals to be held in Turin. Top seed Novak Djokovic chases another slice of history while second seed Daniil Medvedev looks to defend the trophy he won in London last year.

ATPTour.com looks at what you should watch for this week.

1) Djokovic Eyes Federer’s Mark: Djokovic has already secured a record-breaking seventh year-end No. 1 finish in the FedEx ATP Rankings en route to his fifth title of the season at the Rolex Paris Masters, where he avenged his US Open final defeat to Medvedev. The 34-year-old surpassed Roger Federer’s record 311 weeks at World No. 1 in March, and notched a record-equalling 20th major with his third Grand Slam triumph of the season at Wimbledon (d. Berrettini).

Now the Serbian has his sights set on levelling Federer’s record six Nitto ATP Finals titles. Five times the Serbian has clinched the season finale – in 2008 in Shanghai and 2012-2015 in London. He holds a 38-16 record at the event. 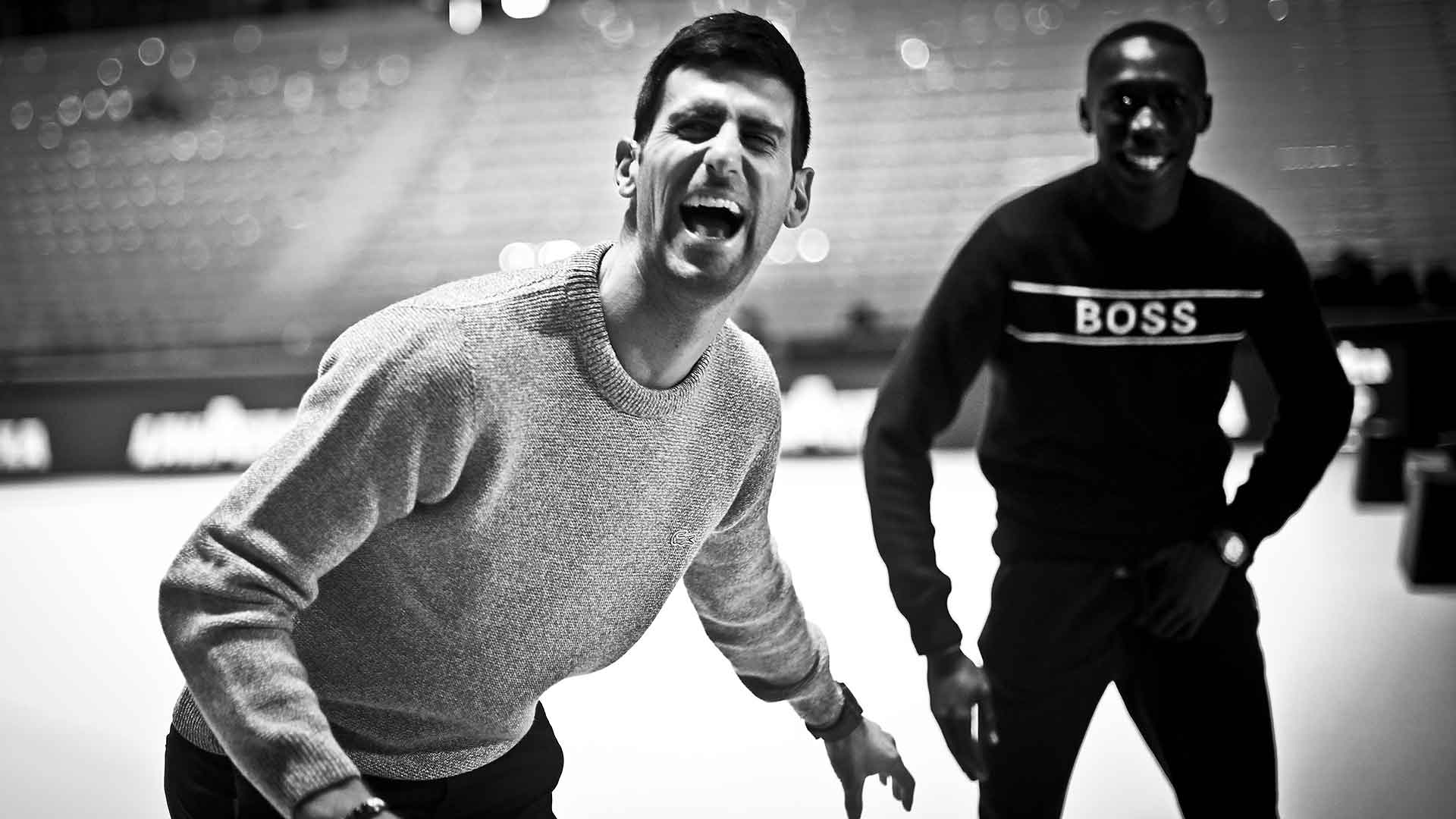 Photo Credit: Corinne Dubreuil/ATP Tour
2) Medvedev Bids To Defend Crown: After an inauspicious debut at The O2 in 2019, in which he went 0-3 in the group stage, Medvedev went on a tear last year as he defeated five straight Top 10 opponents for the Nitto ATP Finals trophy. Victories over No. 1 Djokovic, No. 2 Rafael Nadal and No. 3 Dominic Thiem made the Russian the first man to defeat the world's top three players in the tournament’s history.

The 25-year-old, who rose to a career-high No. 2 in the FedEx ATP Rankings with victory in Marseille (d. Herbert) in March, won the ATP Cup with Russia, and added further titles in Mallorca and Toronto before he lifted his maiden major trophy at the US Open (d. Djokovic). He holds a 5-3 record at the event.

3) Zverev Looks To Cap Golden Year: Alexander Zverev boasts more match wins than any of his peers since Wimbledon (28-2), picking up the Tokyo Olympics gold medal, as well as a Masters 1000 trophy in Cincinnati (d. Rublev) and an ATP 500 in Vienna (d. Tiafoe) to add to his pair of trophies from earlier in the season in Madrid (d. Berrettini) and Acapulco (d. Tsitsipas).

Three years ago in London, the German became the youngest Nitto ATP Finals champion since Djokovic a decade earlier, defeating Federer and the Serbian back-to-back for the trophy. Zverev is the only player to own wins against each of the ‘Big Three’ at the season finale, where he holds an 8-7 record.

4) Tsitsipas Ready To Rebound: Stefanos Tsitsipas secured his maiden ATP Masters 1000 trophy at Monte Carlo, added another title on clay in Lyon and reached his first Grand Slam final at Roland Garros (l. to Djokovic) in June. But after back-to-back Masters 1000 semi-finals in Toronto and Cincinnati in August, the Greek has endured somewhat of a lean spell and is focussed on a return to form at an event he has triumphed at before.

The World No. 4, who owns a 5-3 record at the Nitto ATP Finals, captured the trophy on debut two years ago with victory over Thiem in the final. He went 1-2 in the group stage last year. Photo Credit: Corinne Dubreuil/ATP Tour
5) Rublev Looks For Strong Finish: Making his second appearance at the Nitto ATP Finals, Andrey Rublev looks to reach the knockout stage for the first time. The Russian went 1-2 in group play last year before he started this season on song as went unbeaten in singles in Russia’s ATP Cup triumph in Melbourne.

The 24-year-old picked up his eighth career title in Rotterdam in March and finished runner-up in two ATP Masters 1000 final in Monte Carlo and Cincinnati this year, as well as on grass in Halle. Unbeaten in singles and doubles in Europe’s Laver Cup victory, he will look to rediscover his best in Turin after going 1-3 indoors leading in.

6) Home Hopes High For Berrettini: The Italian has qualified for the season finale once before, in 2019, when he finished 1-2 in the group stage in London. With the shift to Turin on the back of his best season, Matteo Berrettini is bidding to finish 2021 on a high before a home crowd at the Pala Alpitour.

The 25-year-old made his first Grand Slam final at Wimbledon (l. to Djokovic) and collected two titles in Belgrade (d. Karatsev) and at the Queen’s Club (d. Norrie) this season. In addition to their Wimbledon showdown, Djokovic defeated Berrettini in four sets in the last three majors of the season (Roland Garros quarter-finals and US Open quarter-finals). 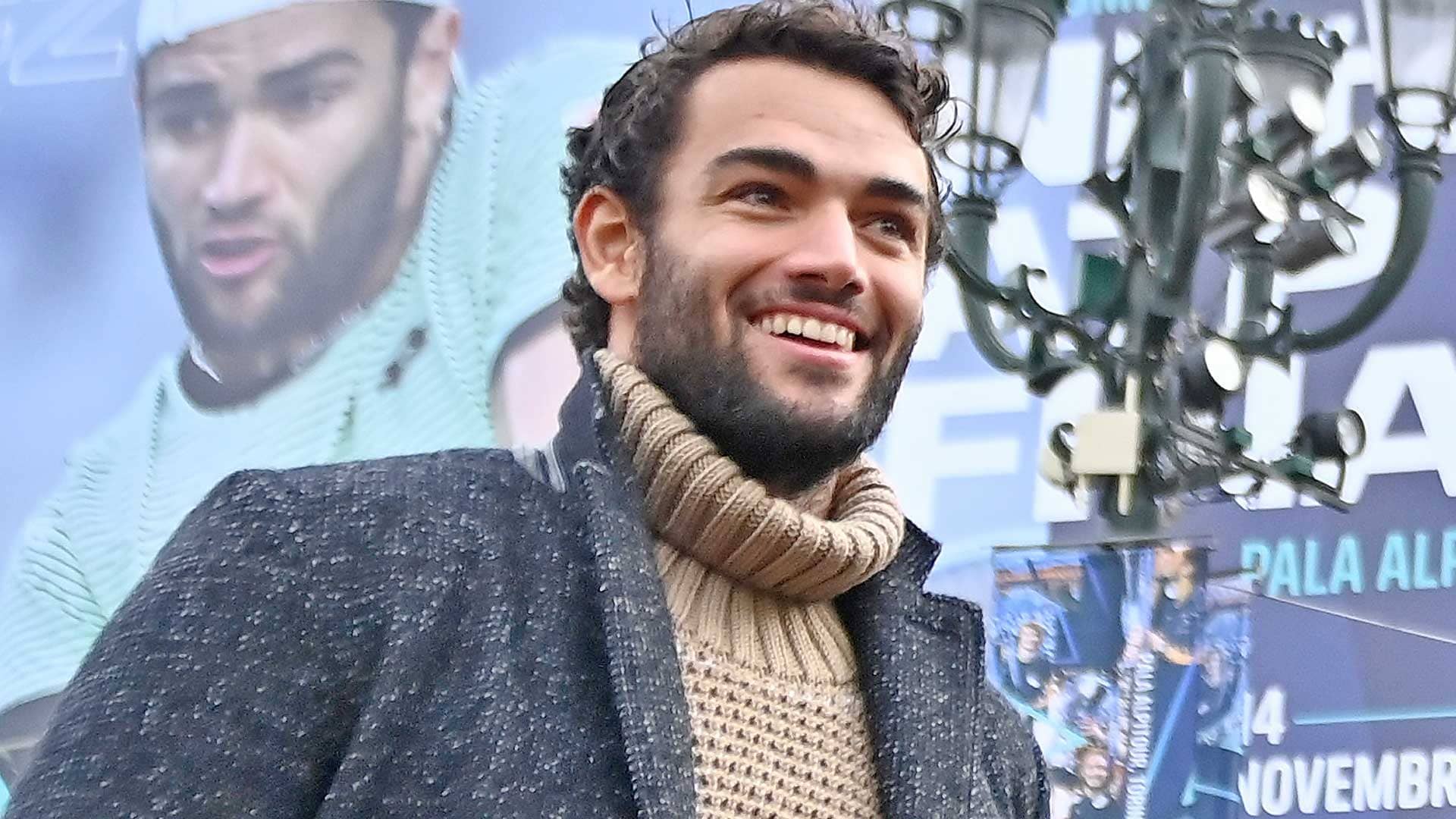 Photo Credit: Corinne Dubreuil/ATP Tour
7) Hurkacz Flies Flag For Poland: The last man to stamp his ticket to Turin, Hubert Hurkacz did so with a run to the semi-finals of the Rolex Paris Masters. He is the second debutant in the field for this year’s Nitto ATP Finals and becomes the second Polish player to qualify after 1976 runner-up Wojtek Fibak.

The 24-year-old has enjoyed a breakout season, in which he claimed his first Masters 1000 trophy in Miami (d. Sinner) and reached his first major semi-final at Wimbledon with wins over second seed Medvedev and eight-time champion Federer. He also owns titles from Delray Beach and Metz this season.

8) Ruud On A Roll: One of two debutants in the field, Casper Ruud became the first Norwegian to qualify for the Nitto ATP Finals with his run to the quarter-finals at the Rolex Paris Masters. The 22-year-old cracked the Top 10 in the FedEx ATP Rankings in August following three straight titles in as many weeks on clay in Bastad (d. Coria), Gstaad (d. Gaston) and Kitzbuhel (d. Martinez).

Further trophies in Geneva (d. Shapovalov) and San Diego (d. Norrie) make him one of only three players – alongside Djokovic and Zverev – with five titles to their name this season. Ruud reached the fourth round at a major for the first time at the Australian Open.

9) Mektic/Pavic Set The Benchmark: Croatian duo Nikola Mektic and Mate Pavic have already wrapped up the year-end No. 1 FedEx ATP Doubles Team Ranking after a standout season and will be the team to beat in Turin. The top seeds captured nine-tour level titles in 2021, including Wimbledon (d. Granollers/Zeballos), a Tokyo Olympics gold medal (d. Cilic/Dodig) and Masters 1000 events in Miami, Monte Carlo (d. Evans/N. Skupski in both), and Rome (d. Ram/Salisbury).

Pavic finished No. 1 alongside Bruno Soares last year (as well as in 2018 with Oliver Marach), while Mektic won the season finale with Dutchman Wesley Koolhof in 2020. 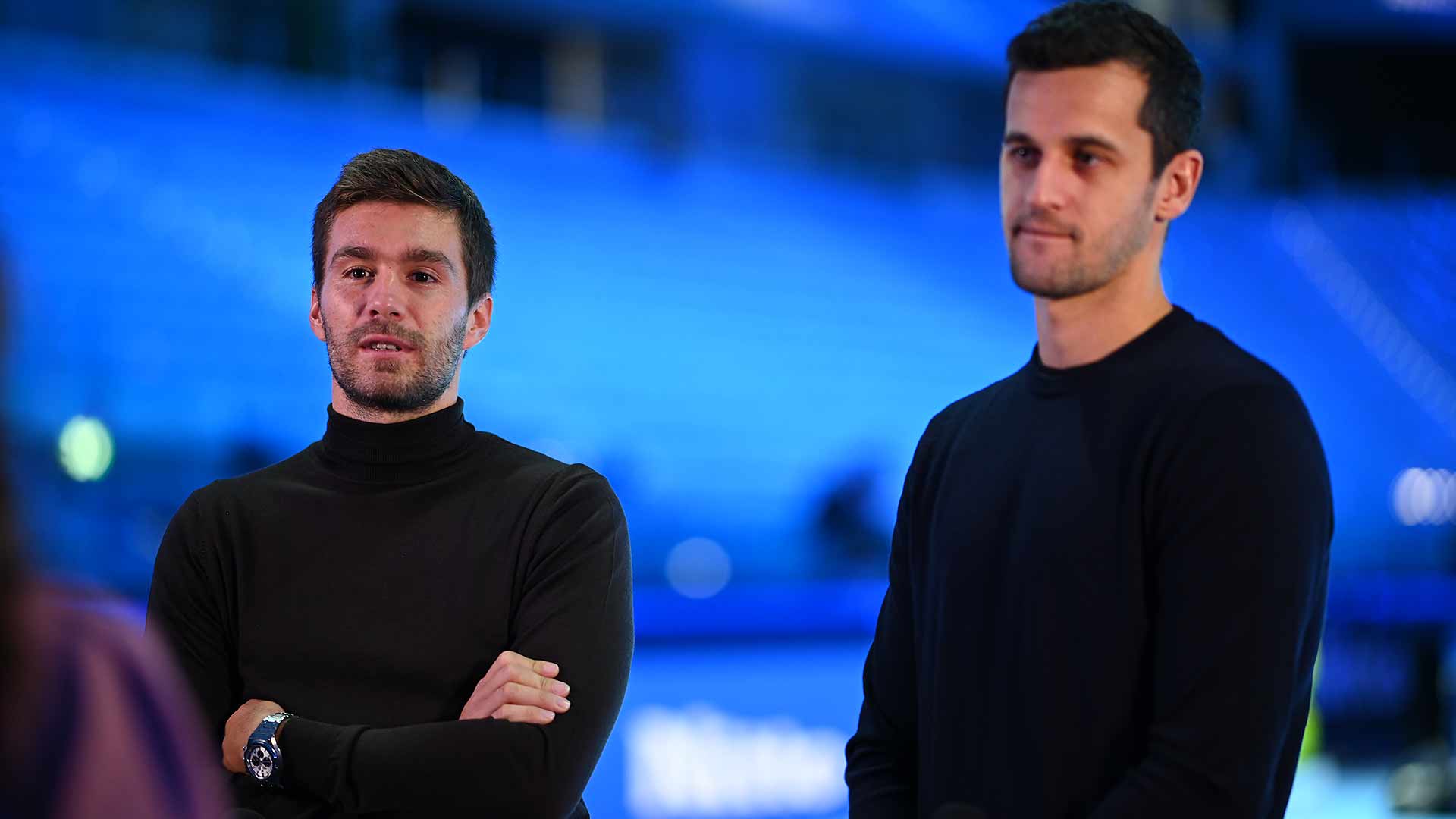 Photo Credit: Corinne Dubreuil/ATP Tour
10) Former Champs Back In Doubles Fray: Other than Mektic, four other players from the field in Turin have triumphed at the Nitto ATP Finals before. Third-seeded Frenchmen Pierre-Hugues Herbert and Nicolas Mahut prevailed in London two years ago (d. Klaasen/Venus) after finishing runner-up the year before. Romanian Horia Tecau — who is competing this edition with German Kevin Krawietz — was victorious in 2015 with Dutchman Jean-Julien Rojer (d. Bopanna/Mergea), and Spain’s Marcel Granollers – seeded fourth with Argentine Horacio Zeballos this year – won nine years ago alongside countryman Marc Lopez (d. Bhupathi/Bopanna).

Herbert and Mahut – who won their second Roland Garros title before their third Queen’s Club title in June – have qualified for the sixth straight year. Krawietz and Tecau joined forces this year when Krawietz's normal partner, Andreas Mies, got hurt. Granollers and Zeballos join the field as a team for the second straight year, after winning two Masters 1000 titles in Madrid and Cincinnati. Last year, they reached the semi-finals in London.