ATP Staff
This article contains:
The top seed beats Nakashima for the trophy

Judging by his smile on Saturday evening in Los Cabos, Cameron Norrie’s first ATP Tour singles title was worth the wait.

The Briton defeated #NextGenATP American Brandon Nakashima 6-2, 6-2 to win the Mifel Open for his first tour-level crown. The 25-year-old did not lose a set en route to the trophy.

"I feel very happy. I couldn’t be more proud of myself, proud of my team and how I handled the week. I am happy how I improved every match. I used my experience a little bit today and I think it showed in the match," Norrie said. "I think it’s a huge bonus. It was always a goal of mine to get my first title. Obviously I’d lost three finals this year, so it was very nice to get over the line today. I’m going to enjoy it tonight and then [go] straight back to work."

Fall down four times, stand up five 💪@cam_norrie gets over the line in his fifth ATP Tour singles final!

Norrie walked on Grandstand Caliente with an 0-4 record in tour-level finals, three of which came earlier this year. It was only fitting that the former Texas Christian University star needed four championship points to clinch his victory.

"I think I played very solid throughout the whole week. I improved, I think my returns were very, very solid this week. It's obviously a big step for me to get my first title, so I couldn't be happier," Norrie said. "I'm happy with my level and how I handled the situation, especially coming in as the No. 1 seed. It's not easy to be the favourite.

"I went out there and took care of business when I needed to."

After one hour and 23 minutes, behind calculated, consistent tennis, Norrie finally earned his maiden moment and beat first-time finalist Nakashima. The 19-year-old, who began the week with just three tour-level wins, rode his attacking game to the final, but it was not enough to take down Norrie.

The lefty is enjoying the best season of his career, and with his 35th win of 2021 (35-14), he is now tied for the third-most victories on Tour this season with World No. 1 Novak Djokovic (35-1). Norrie lost a total of 10 games in his final three matches to complete his impressive run at this ATP 250 in Mexico.

Norrie put the American in awkward positions throughout the match and gave the aggressive teen few easy balls to work with. The top seed peppered Nakashima with deep shots down the middle, and forced him to go for too much, leading to plenty of unforced errors. 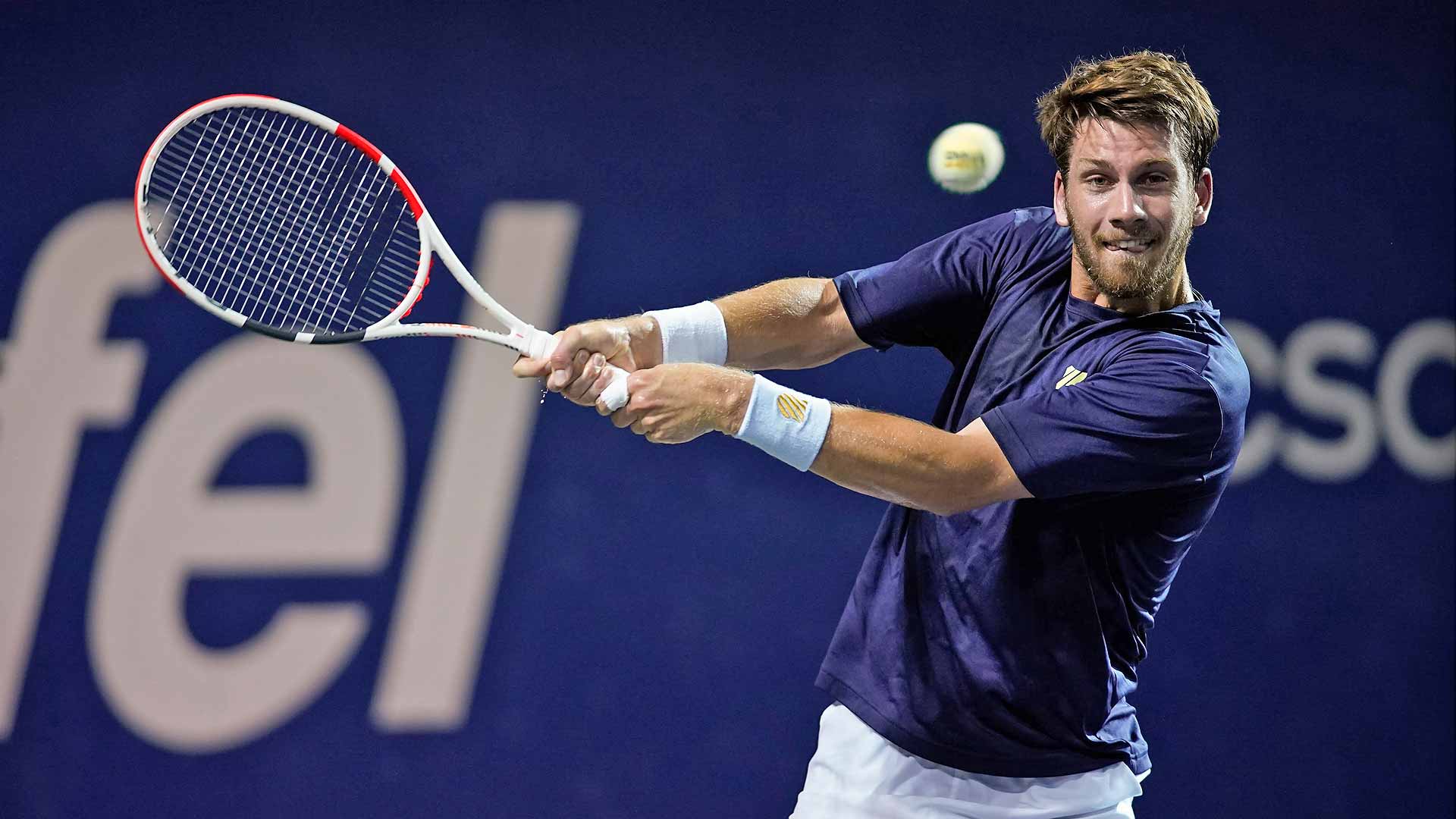 Photo Credit: Abierto Los Cabos
Norrie appeared in full control when he led by a set and a break, but he relinquished his second-set advantage by playing too conservatively. Instead of letting the pressure of the moment get to him, the Briton immediately refocussed and closed out his title on his fourth championship point when the teen missed a forehand into the net.

Nakashima was trying to become the youngest American ATP Tour titlist since 19-year-old Andy Roddick lifted the Houston trophy in 2002. The last American to triumph at tour-level outside of the United States was 19-year-old Michael Chang in Birmingham in 1991.

“Congrats to Cam on your first ATP title,” Nakashima said during the trophy ceremony. “All the fans, thank you so much for cheering me on this whole week. It really made playing out here really special and fun for me. I really appreciate all your support.”