Daniel Evans is the champion at the Nature Valley Open, going back-to-back in Surbiton and Nottingham on the ATP Challenger Tour.

Mother Nature has played a role in many professional tournaments over the years, but few have been as chaotic as the 2019 Nature Valley Open.

What transpired in Nottingham could only be described as unprecedented for the region, as northern England endured a deluge of rain throughout the week. Not only did Daniel Evans survive a stacked draw, but the unpredictable weather as well.

On Sunday, the Brit celebrated his second title in as many weeks, extending his win streak to 10 straight with an impressive victory at the prestigious tournament. Evans defeated Evgeny Donskoy 7-6(3), 6-3 in what was their first encounter in six years, after ousting Go Soeda earlier in the day.

“It’s been a good week, carrying on strongly from last week,” Evans said. “I played very well in the first match [today]. The second match, I was a bit frustrated and I was very tired. But I didn’t lose a set today, so I can’t be too unhappy. I played well out there, despite the wind.”

"I think it's the best place in the world"

The win gave the 29-year-old a historic grass-court double, having also triumphed in Surbiton a week ago. He joins Yen-Hsun Lu as the only players to win consecutive Challenger titles on grass in the past 20 years. Lu went back-to-back in Surbiton and Ilkley in 2016.

The unrelenting rain interrupted play every day of the week, including a total washout on Monday and a move indoors from Tuesday through Friday. And with a WTA Tour event also taking place at the Nottingham Tennis Centre, it was a mad scramble throughout the week.

In the end, Evans would win his quarter-final on the grass on Saturday, before defeating Soeda and Donskoy on Sunday. He moves up seven spots to No. 63 in the ATP Rankings. 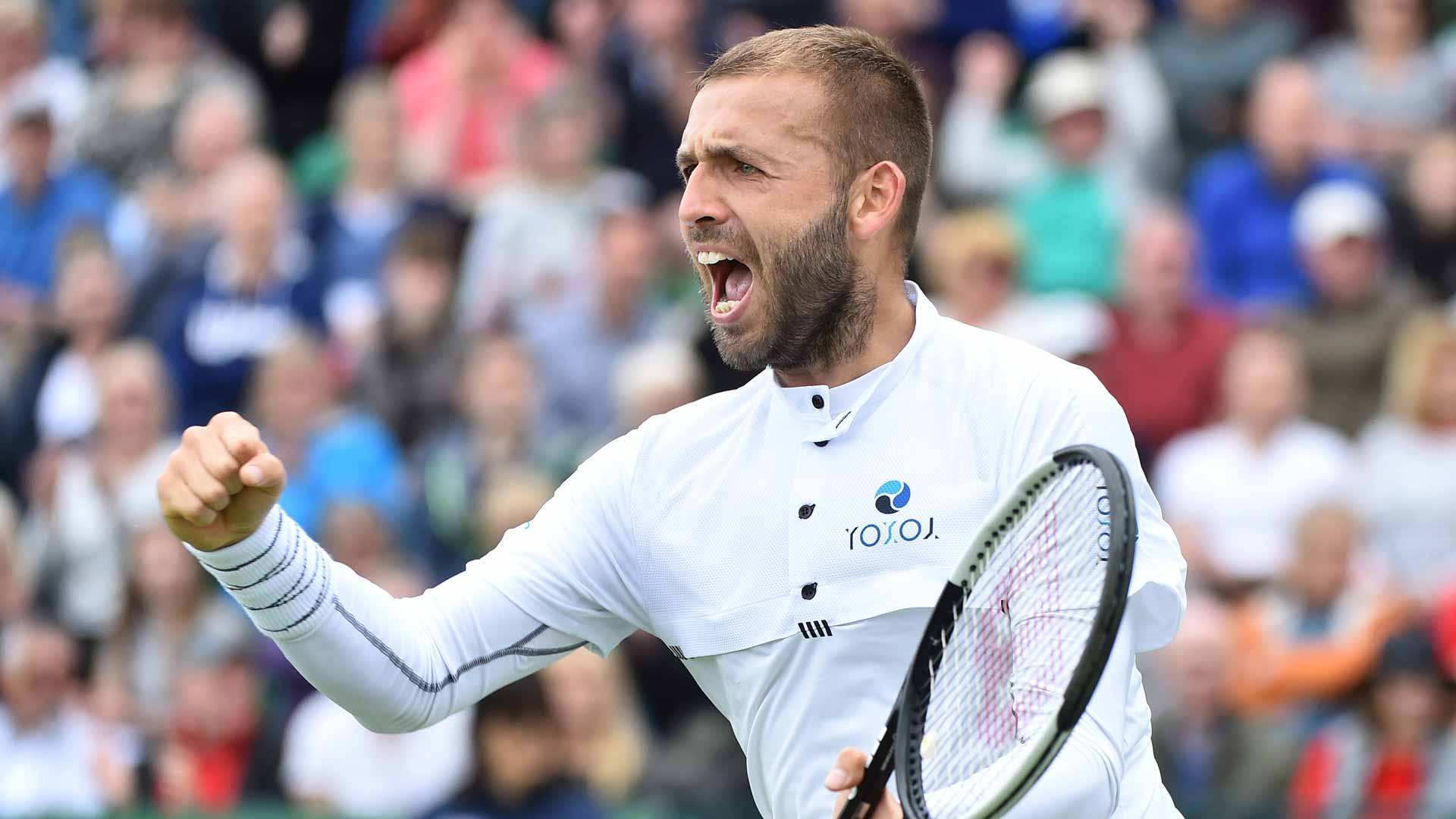 Evans is proving to be quite a force on the grass, using his flat groundstrokes and cutting backhand slice to find his top form on the surface. One year after finishing runner-up to Alex de Minaur in Nottingham, he has gone one step further on home soil. The Birmingham native is the first British winner here since Greg Rusedski in 2003, when the tournament was on the ATP Tour.

“It’s amazing to be the first winner of the Paul Hutchins Trophy – he was a massive part of me growing up. He was here last year and it feels a bit empty without him this year. It was really good to win, and hopefully he watched down on that."

Evans will next head to Queen's Club in London for the Fever-Tree Championships, an ATP 500 event. He opens against Stan Wawrinka on Tuesday.