Oscar Otte is into the fourth round of a major for the first time at the US Open.

When a tennis player vomits, normally that is not a good sign. Doing it twice in as many matches is even worse. Yet after getting ill during his first two qualifying matches at this US Open, German Oscar Otte is into the fourth round of the main draw.

“In the moment when it happened, I was just thinking, ‘Okay, doesn't matter what the score is, how the match is going to end,’” Otte told ATPTour.com during a press conference. “I just wanted to be off court [and] out of the sun because it was so humid and hot.

“It’s a crazy ride. Just unbelievable. I didn't expect that I could come so far.”

Otte failed to advance through Grand Slam qualifying on his first 13 attempts, although he played Roger Federer at Roland Garros two years ago as a lucky loser. He broke through his qualifying hurdle at the clay-court major this season and showed his potential in the main draw by taking a two-set lead against countryman Alexander Zverev in the first round. Otte also qualified for Wimbledon, where he won his opener in a fifth-set tie-break before losing against Andy Murray in five sets.

But things did not appear as favourable leading into the US Open. Otte had not played a hard-court tournament since an ATP Challenger Tour event in Lille, France in March. And according to the 28-year-old German’s longtime friend, two-time Roland Garros doubles champion Andreas Mies, there was another issue: a stomach bug.

“He wasn’t feeling physically well coming here,” Mies said. “He was laying in bed for one week and started practising one week before his first-round qualifying match.

“He actually vomited two times in qualifying, in his first round of qualies and his second round of qualies. He threw up in the third-set tie-break and still went on to win. He came back a few times and it just shows his great fighting spirit.” 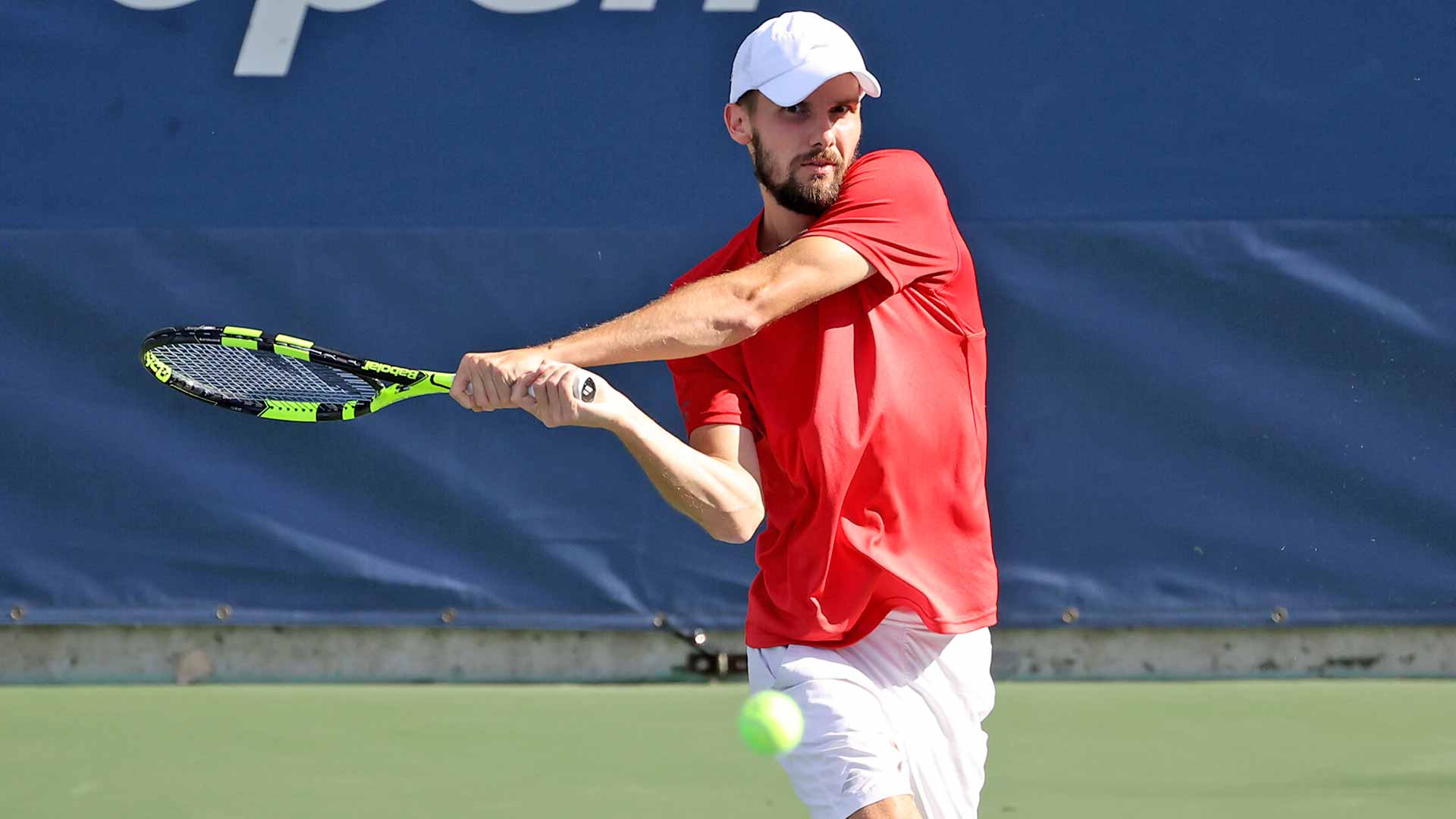 Photo Credit: Adam Glanzman/USTA
In both the first and second rounds of qualifying, Otte saved a match point before winning a final-set tie-break. Then he battled from 6-7(8), 2-5 down to beat 20th seed Lorenzo Sonego in the first round of the main draw. Now, he will face sixth seed Matteo Berrettini for a spot in the quarter-finals and a likely showdown with 20-time major champion Novak Djokovic.

“Qualies are always tough, especially the first two rounds. I wasn't in very good physical shape,” Otte said. “I know if I play well and my game works really good, I can make a lot of damage no matter who my opponent is.

Mies was 13 when he first met Otte, who was 10 at the time. They first played at Marienburger SC in Germany for eight years, before shifting to Rot-Weiss Köln for 10 years. Their first club match together came on a snowy day, when both got blitzed in singles, before they paired to crush the same two opponents in doubles.

“I remember him always being really small. He’s always been really skinny and small, and he was wearing a hat. His hat was so big, you couldn’t see his face!” Mies said. “He was 10 years old and his racquet was bigger than he was. You could already see that he was feeling the ball and he was hitting the ball clean.”

At the time, Mies remembers Otte being more of a scrappy player, who battled from behind the baseline and retrieved more than he attacked. When Mies eventually left Germany for his freshman year of college tennis at Auburn University, he returned, to a different Otte.

Otte chose to turn professional in 2011 rather than play college tennis like his close friend. But that decision did not immediately pay dividends. Currently the No. 144 player in the FedEx ATP Rankings, his career-high is No. 129. A big goal has been to crack the Top 100.

“Always when he was close and he didn’t have much to defend when he was around No. 130, he was playing nervous,” Mies said. “He was feeling the pressure.”

After Mies finished college, he played doubles with Otte for a few years — winning 13 professional titles together — until Oscar decided in 2017 that physically, he needed to focus on singles.

“He told me, ‘It’s too much for me and my body to play singles and doubles every day. Let me focus on singles to break the Top 100,’” Otte said. “I had no problem with that. We were always honest with each other. I said I think that’s a good decision actually because I saw him struggling a little bit with the body.”

Mies formed a successful partnership with Kevin Krawietz shortly thereafter, while Otte still struggled to find his breakthrough. But the German is making his mark at Flushing Meadows. He is also having a blast in the process.

After winning his past two matches, Otte has celebrated by making a circle with his thumb and index fingers on both hands and placing those circles over his eyes, similar to a celebration basketball players use when they swish a three-pointer. Mies laughed when asked about it, as he had never seen his friend do it before the second round of this tournament. It is a tribute to Anthony Modeste, a football player for FC Köln.

Fans might be intrigued to find that on Otte’s recent Instagram posts, he has used the hashtags #chickfila and #tacobell in reference to the fast-food restaurants.

“My sister and her husband, they are obsessed with Chick-fil-A and Taco Bell, and they always force me to go and order as soon as I'm in the States,” Otte said. “I actually did it when I came here the first couple of days. Then I was thinking, ‘Okay, maybe it's a little bit of a lucky charm.’ So I decided to keep on with that.

“The past days I ordered Taco Bell and Chick-fil-A. I really like it. Just in the evening. Not before the match.”

You May Also Like: Challenger Chat: Why Oscar Otte Is Dominating The Restart

On court, this has been a timely run for Otte, as he is defending 200 FedEx ATP Ranking points from a run to an ATP Challenger Tour final in Ostrava and a title in Aix en Provence during last year’s US Open. Regardless of what happens against Berrettini, maintaining this form in the weeks and months ahead will bode well for Otte.

“I know now that I have more trust in my game, and it's working really well,” Otte said. “Let's see when this ends.”

Otte is no longer the little kid whose big hat covered his face. The German is very much thriving in New York, and loving his moment in the sun.

“I hope he realises how good he is, because I realised it early on,” Mies said. “I’m just really happy for him.”