Pablo Andujar is into the fourth round of the US Open for the first time.

Andujar: From Three Elbow Surgeries & Considering Retirement To The US Open Fourth Round

World No. 70 Pablo Andujar arrived in New York with just two tour-level wins on hard courts this season. So by reaching his first Grand Slam fourth round at the US Open on Saturday, the Spaniard defied the odds. But that feat in and of itself is nothing compared to what the 33-year-old has been through over the past several years.

As recently as last February, Andujar was outside the Top 1,800 in the ATP Rankings after undergoing three elbow surgeries over a span of 13 months — from March 2016 to April 2017 — with three different doctors.

“When I made the [decision to undergo the] third surgery, I said to myself and to my wife, ‘If this doesn’t go well, I will retire. It’s been too much time trying every month with the physios, with the doctors. It’s not helping, it’s not improving. So this is my last chance,’” Andujar told ATPTour.com.

The Spaniard's first two surgeries targeted a tendon. Medical imagery showed that his elbow tendon was “very bad” and “not normal," Andujar said.

“We probably focussed on the tendon and maybe from the first time it was the nerve," Andujar said. “If we could go now four years ago, then I would do things differently. But we didn’t know that."

But a new doctor Andujar saw told him they would focus on a nerve in his elbow for the third surgery, reinserting it from the back of his elbow to the upper part of his elbow, making Andujar less nervous about going under the knife again.

“It was different,” Andujar said. “In a way I had some faith and thought, ‘Okay, this man is telling me something different, so at least I will try to get it and hopefully it goes well.’”

The surgery worked, but it wasn't as if everything was back to normal immediately. There was still plenty of uncertainty involved.

“I was fortunate. I was lucky that everything went well. Of course there were eight or nine months until I played once again in competition... in 2018," Andujar said. I was feeling [it] a little bit, but I think I was competitive once again.”

The former World No. 32 was happy to spend a lot of time with his family and friends while he was away from the court, as he didn’t get to enjoy those opportunities as often during the more than a decade that he had already spent as a professional. The pain in his elbow was not preventing him from living a normal life.

But upon his return in January 2018, Andujar lost five of his first six matches at all levels. However, in just his eighth tournament in 18 months, then-World No. 598 Andujar won an ATP Challenger Tour event held at Juan Carlos Ferrero’s academy in Alicante, Spain. The next week, at the Grand Prix Hassan II, an ATP 250 event, Andujar became the lowest-ranked tour-level titlist since then-World No. 550 Lleyton Hewitt at Adelaide in 1998. 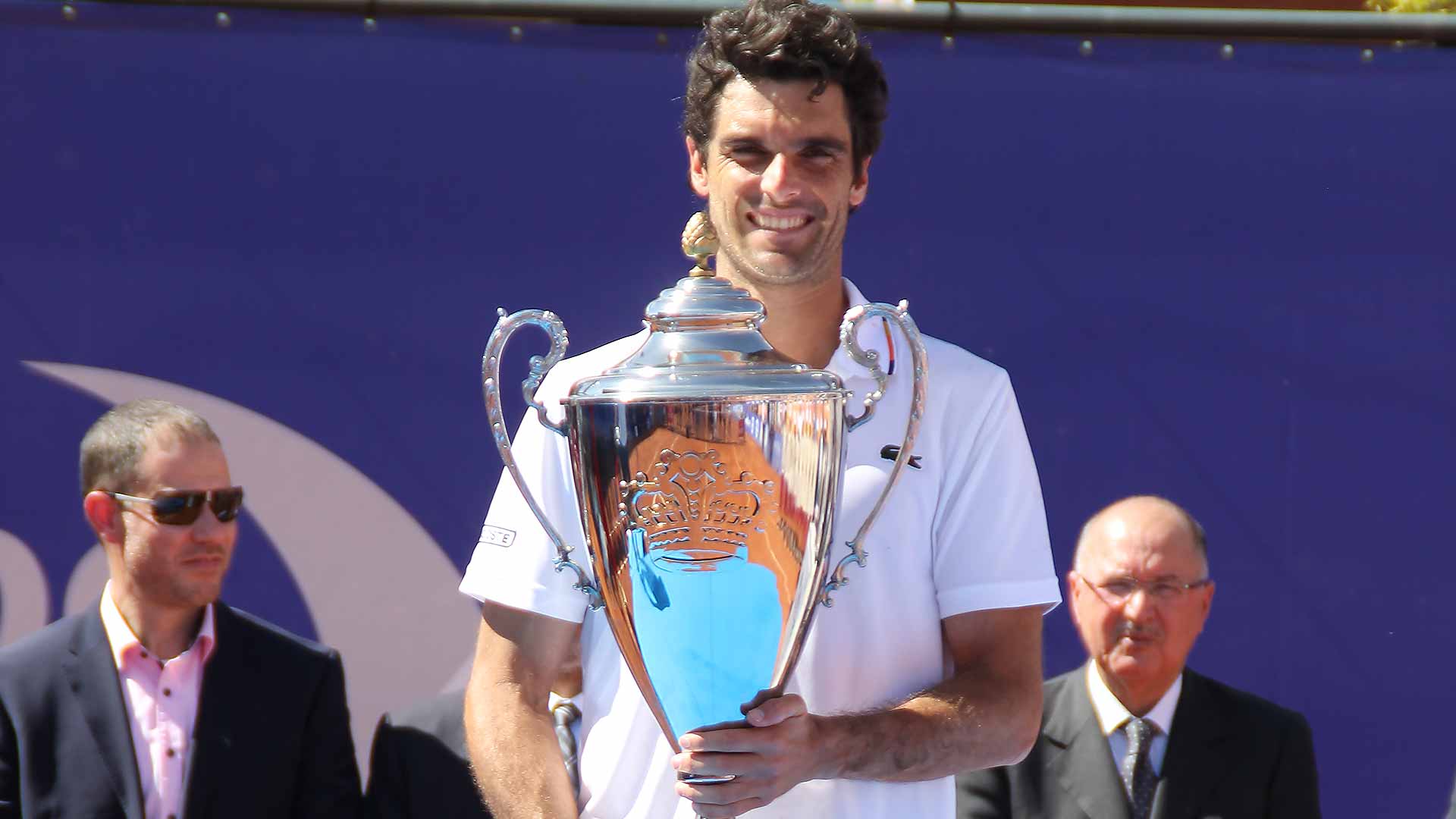 “They are both amazing,” Andujar said of his run here in New York and his ATP 250 triumph last year. “But Marrakech, I was not back on the [ATP] Tour yet. I was practising already a little bit, but my ranking was so low. I would say this one is unbelievable, it’s amazing, but I [am] already on the circuit. I am No. 70 in the world, I am playing. I am competitive again. In Marrakech I was not. That’s the big difference.”

Since that triumph, Andujar has won five ATP Challenger Tour titles — including another victory in Alicante — and he also made the final in Marrakech in 2019. But perhaps his performance at the US Open, where he had never previously advanced past the second round, has been one of the most impressive of all. He lost only nine games against Alexander Bublik on Saturday.

“He’s great. He was playing great tennis,” Bublik said. “He outlasted me in all the points in the match. He was returning everything, being super solid, passing me when I was going to volley. He played great.”

It's been a dream performance for the Spaniard, capturing seven consecutive sets to battle through to the fourth round. If you would have predicted this run before the tournament, even Andujar may not have agreed.

“Honestly I think I wouldn’t believe you,” Andujar said. “It’s unbelievable. It’s amazing. For me it’s something that I don’t realise yet.” 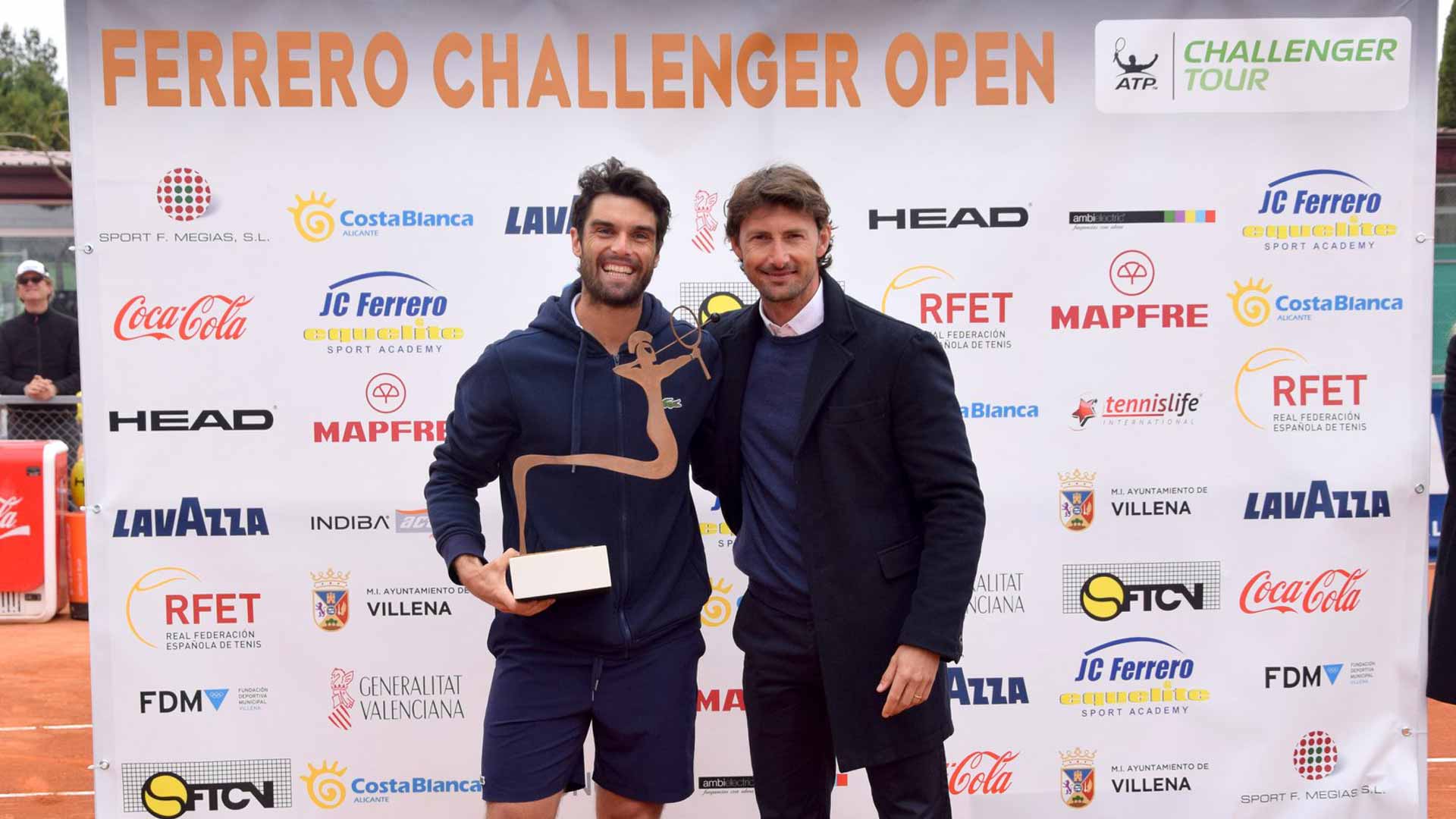 Andujar’s idol, Ferrero, reached the final of the US Open in 2003. And the former World No. 1 had plenty of nice things to say about his countryman after the four-time ATP Tour champion beat Bublik.

“He is a super-nice person and super worker and I always had and have very good words about him. I am so happy seeing him having this result,” Ferrero told ATPTour.com. “[It is] super motivational and people from now on can believe that after [getting] through injuries all can come back to a normal way of work and results.”

“Somebody like this talking in that way about me?” Andujar said. “I have no words.”

The Spaniard doesn’t need any. At the USTA Billie Jean King National Tennis Center, his tennis has been doing the talking for him. He’ll hope to keep that going in the Round of 16 against Gael Monfils or Denis Shapovalov.