Leander Paes made his Hall of Fame Open debut in 1995. Everyone in the singles and doubles draws that year has long since retired, but nearly 30 years after turning pro, the Indian is still creating memorable moments.

Paes and Kiwi Marcus Daniell saved three match points on Friday to reach the doubles semi-finals in Newport over Robert Lindstedt and Matthew Ebden. At age 46, he’s the oldest ATP Tour semi-finalist since John McEnroe (age 47) at 2006 San Jose. But Paes prefers not to talk about age. With his volleys and reflexes around the net as youthful as ever, it's easy to understand why.

“These are the nights that I live for,” said Paes. “The hard work, playing when you have a fever, being in the gym when you don’t want really want to be there… Most people see us travelling to lovely places and being on show courts, but the hard yards are what allow me to still compete at this level. The experience is still there, the legs are still there, the knowledge and strokes are there. It’s about finding the right doubles partners and I’ll have success. 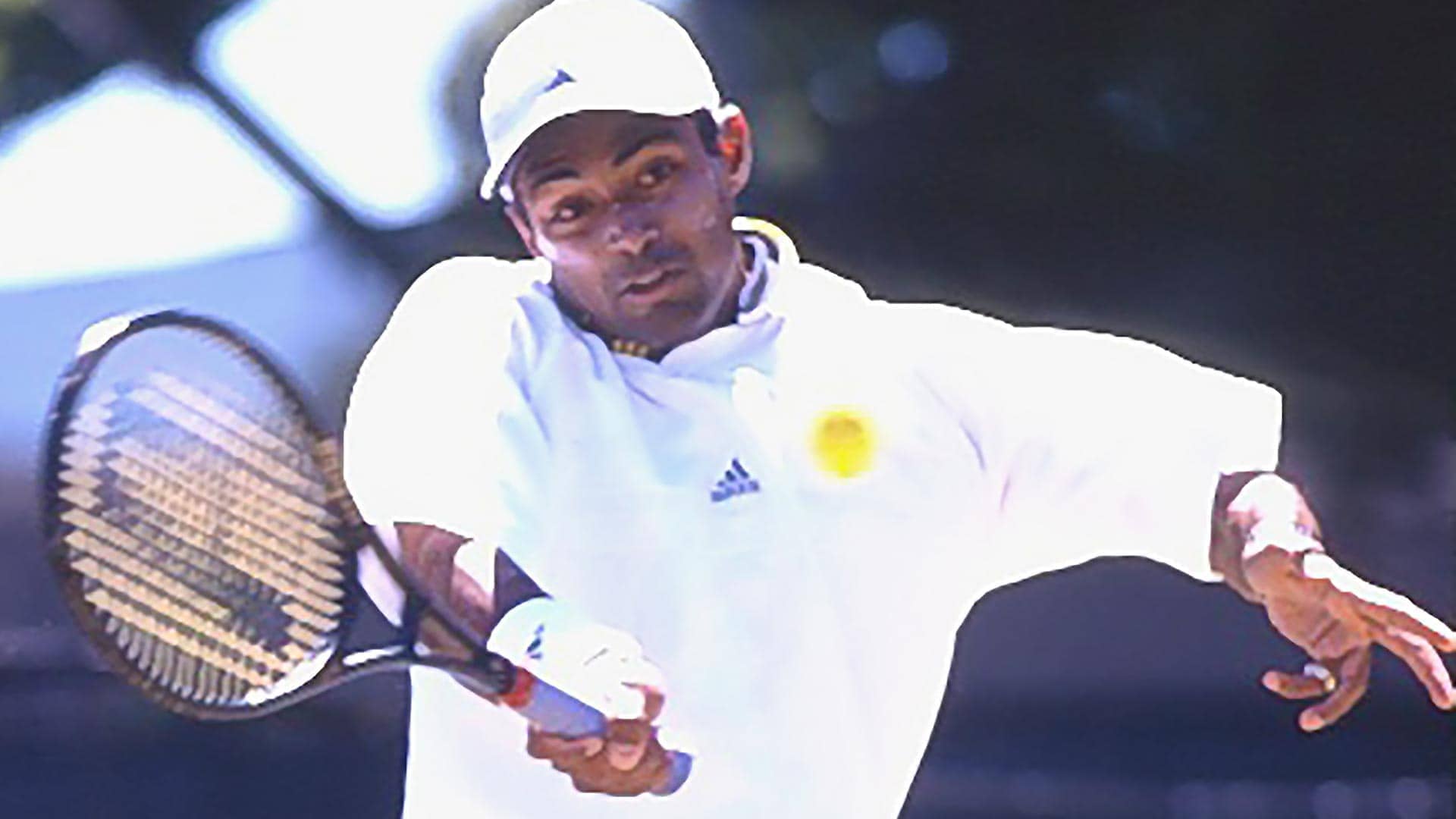 Twenty-one years after winning his lone ATP Tour singles title in Newport, Paes’ passion for the game burns just as brightly. He’ll pump himself up after great shots and even throw in a chest bump or two with his partner. Paes is aware that he’s closer to end of his career than the beginning, but his remaining years on the ATP Tour are far from a mere nostalgia moment.

He’s already reached four ATP doubles semi-finals this season and continues to break records. Two months ago at Roland Garros (w/Paire), he became the oldest man in the Open Era to win a match at the second Grand Slam of the year.

Paes’ tireless commitment to improving has even sparked significant changes to his training in recent years.

You May Also Like: Cabal/Farah, Lifelong Friends, Climb To Top Of The World

"I have to work three times as hard now as I did 10 or 15 years ago. That's just age, but I love the work,” he explained. “When I was younger, I’d waste a lot of energy practising for five or six hours a day. My training is very specific now, focusing on improving specific areas of my game, focusing on my diet and recovery. The knowledge we have nowadays in tennis on fitness, health and recovery is why the margins of winning and losing are so slim.”

His versatility has also produced staggering numbers. Paes has partnered with more than 100 players throughout his career and won ATP Tour doubles titles with 14 of them. He’s also won every Grand Slam doubles title with a different partner, racking up eight men’s doubles titles and 10 mixed doubles titles in his career.

The hunt for more big titles is a big part of what keeps Paes going. As long as he feels that he can remain competitive, his name will continue to appear in draws across the globe. But with nothing left to prove in his career, his motivation for playing is much more simple.

“I’d love to win another Grand Slam. I have 18 Grand Slams, but 20 sounds better than 18,” he joked. “But I’m playing for a lot of passion now. I really love my life and travelling the world. When I was younger, I was playing to put bread and butter on the table. I still am, but now I’m playing because I get a lot of happiness out of playing tennis.

“Every morning, I put on [tennis clothes] and have fun. Whether it’s an ATP Challenger Tour event or a Grand Slam, to me, tennis is tennis. It’s a beautiful sport to bring happiness to a lot of people.”