Jurgen Melzer and Edouard Roger-Vasselin advance to the semi-finals of the Rolex Paris Masters.

ATP Staff
This article contains:
Eighth seeds can achieve the feat with a Paris SF win

Jurgen Melzer and Edouard Roger-Vasselin are one win away from earning the final spot at the Nitto ATP Finals, to be held at The O2 in London from 15-22 November.

The eighth seeds beat Rohan Bopanna and Oliver Marach 6-0, 7-6(6) on Friday to reach the Rolex Paris Masters semi-finals. If Melzer and Roger-Vasselin defeat second seeds Mate Pavic and Bruno Soares on Saturday, they will clinch their berth in the season finale.

Earlier in the day, fourth seeds Lukasz Kubot and Marcelo Melo defeated fifth seeds Pierre-Hugues Herbert and Marcelo Melo 6-7(4), 6-3, 10-8 to claim the seventh team spot in London. They will compete in the Nitto ATP Finals for the fourth consecutive year. 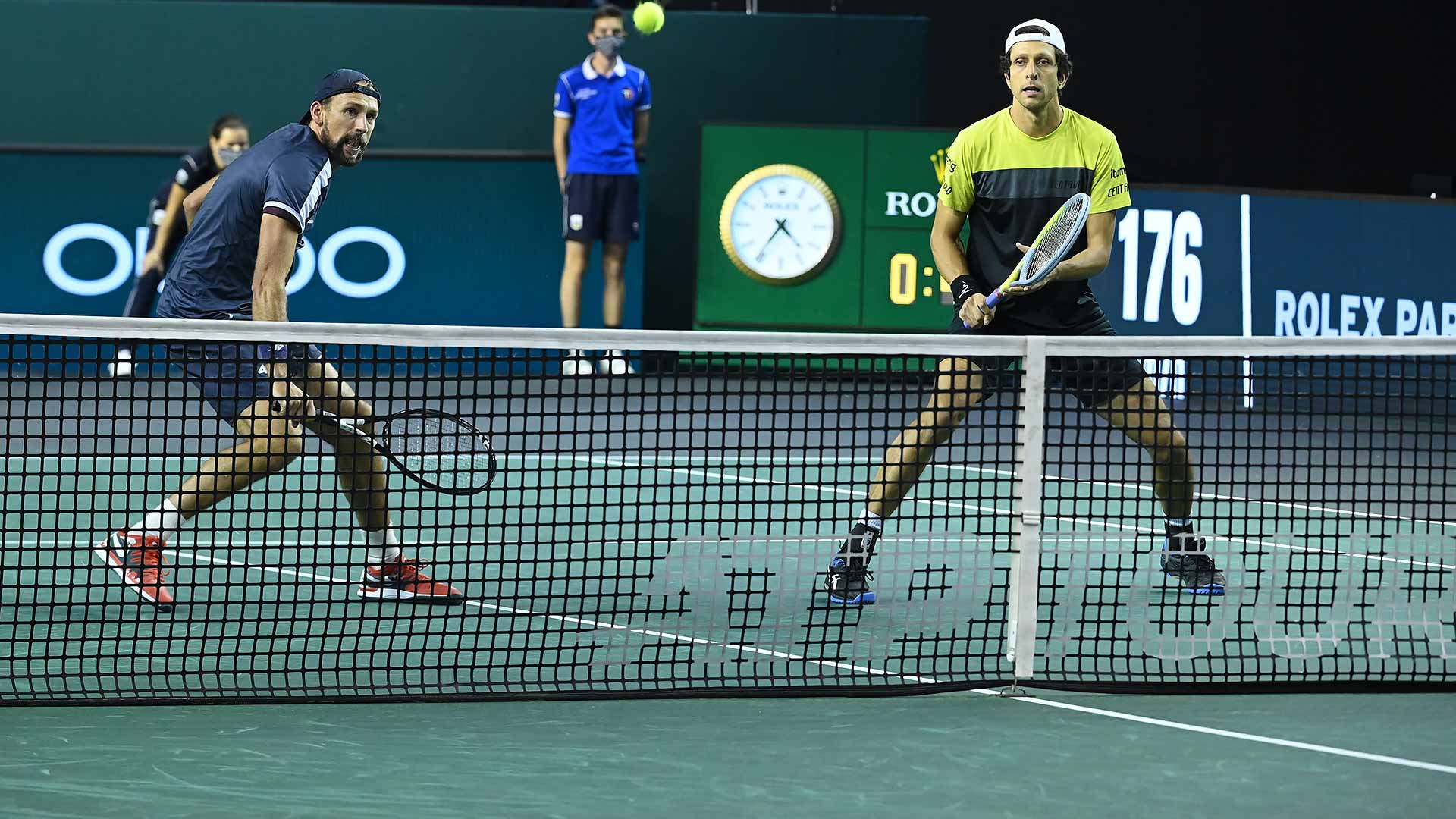 Jamie Murray and Neal Skupski began the week in seventh place in the FedEx ATP Battle For London, but they lost to Kubot and Melo on Thursday. That allowed the Polish-Brazilian duo to move into seventh place. Melzer and Roger-Vasselin then bumped the Brits to ninth place on Friday with their triumph.