The ATP Challenger Tour event in Perugia celebrated its fifth edition in 2019.

Josh Meiseles
This article contains:
The 120-year-old Tennis Club Perugia is one of the oldest venues on the ATP Challenger Tour

Step onto Center Court at the Citta di Perugia Sidernestor Tennis Cup and, at first glance, something appears a bit different.

As you gaze around the crowd, it is immediately evident that this isn't your typical tennis stadium. Missing are the rows of plastic seats that line the stands at professional sports venues.

In fact, there are no seats at all. The Tennis Club Perugia has remained true to its 120-year-old heritage, with five levels of long wooden planks covered in grass wrapped around the court. The vintage seating provides a cushioned spot for fans to take in the action, in a traditional setting akin to an ampitheatre.

As the world of professional tennis has embraced new developments in technology and integrated them into life on the court, there remains an element of authenticity at the Tennis Club Perugia. In addition to the unique seating, the venue also includes a long wooden corridor that runs underneath the main concourse and leads onto the three show courts. Like gladiators entering an arena, the players emerge from the tunnel and onto the sunken Center Court.

"When I played the final of the Italian championships here in 1984, the centre court was packed," said tournament director Francesco Cancellotti. "Nothing has changed. When I started this tournament with Marcello Marchesini, we said we have to make the Tennis Club Perugia follow the sport again like this. I think we've done that.

"It's a very important history here. This is the focal point of tennis in Perugia and the region. The club is one of the oldest on tour and talking with the president, we wanted to keep it like this. It's an old tradition. It's a tradition that we must keep and always remember, because it's very important." 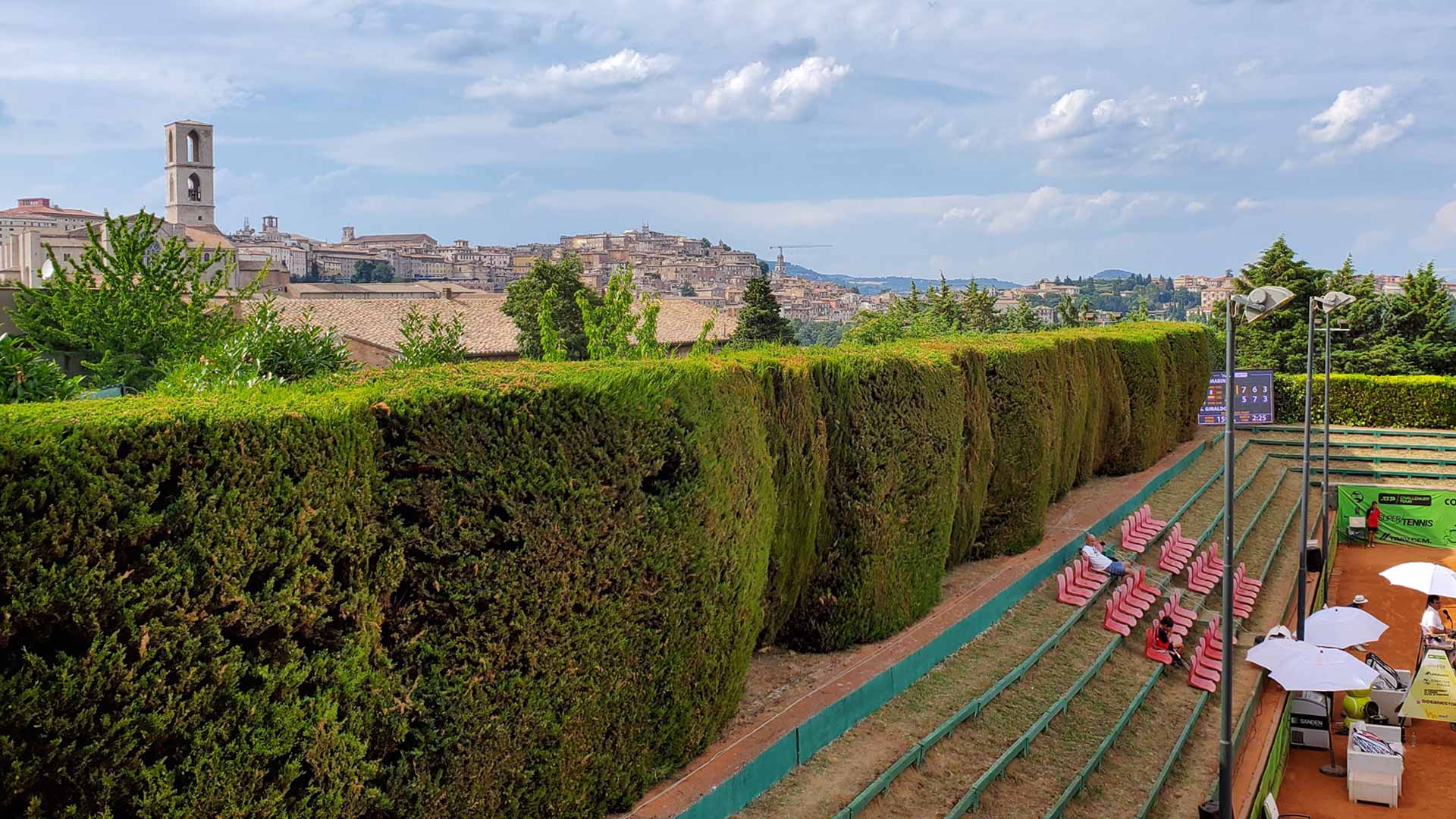 Cancellotti, a former World No. 21 and two-time ATP Tour champion in 1984 (Florence & Palermo), reached the Round of 16 at Roland Garros on two occasions. Now, he is one of many former players to transition to a role as tournament director on the ATP Challenger Tour. The Perugia native leads the charge along with Marchesini, co-founder of MEF Tennis Events, which runs operations at four Italian Challengers during the year.

"Perugia is really nice. Of course I'm from Tuscany, which is only an hour and 20 minutes from here, but the Umbria region is very nice too," said former World No. 33 Paolo Lorenzi. "I played twice at night here and it's full of people, so I think they like tennis in Perugia.

"This is an old centre court, because there are no new seats. It's a pretty nice club. They used to play Davis Cup here and you have that feeling, because the people like tennis and they stop you and want to know about you." 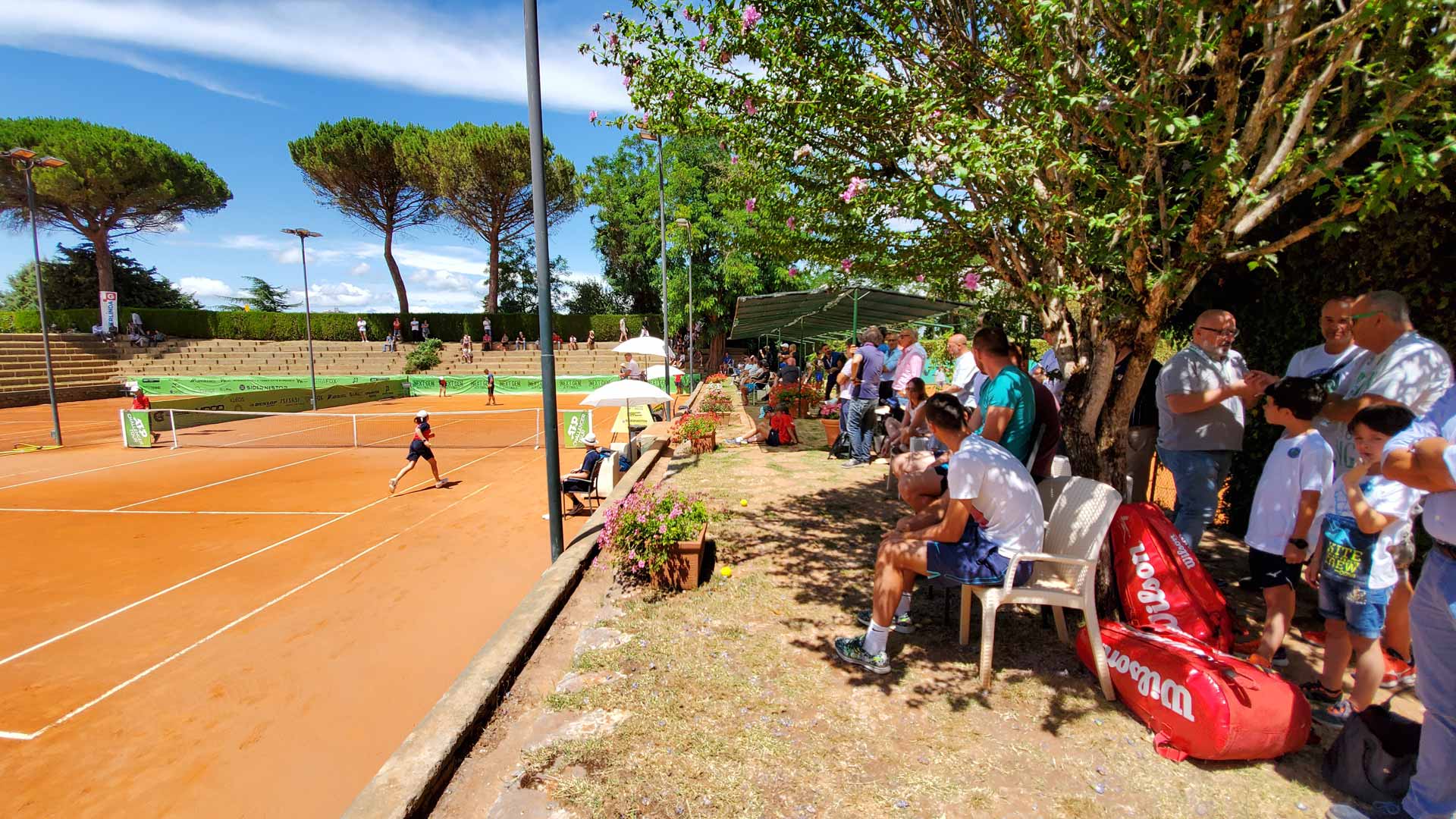 Founded in 1899, the Tennis Club Perugia boasts a storied past with a rich legacy. Today, it stands as one of just six venues on the ATP Challenger Tour to be founded in the 1800s. The sites in Ilkley, Surbiton, Heilbronn, Bordeaux and Florence are the only others.

And it's not just the stadium that provides a special charm in Perugia. Relax on the terrace with a fresh cup of espresso and take in the stunning views of the nearby city centre and surrounding countryside. Cathedrals, residences and public buildings are visible to the left of Center Court, with a scenic landscape of the Umbria region wrapping around the rest of the club.

"This was my first Challenger in 2015, so it is very sentimental," said quarter-finalist Gian Marco Moroni. "Even the city is unbelievable and you eat on the terrace and look out at the valley. There's a lot of history here."

"This one is pretty nice and there are a lot of people coming here," added fellow Italian stalwart Salvatore Caruso. "I have to say that the guys here know how to organise a Challenger. Of course it's pretty nice here and it's different from other events. And you're very close to the city centre at the tennis club, which is not typical of many Challengers." 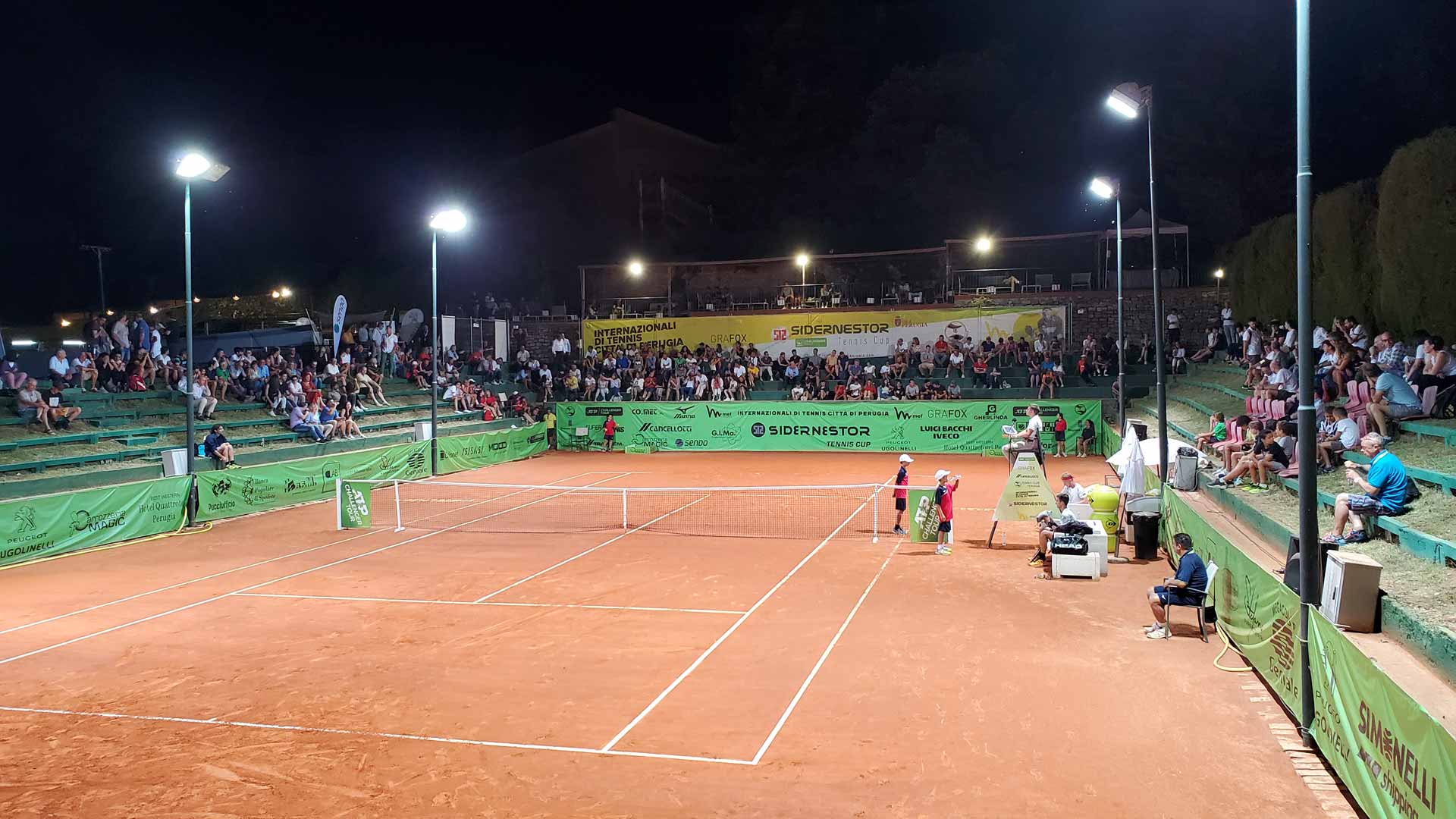 In recent years, Italy has fast become a thriving centre of tennis, and not only on the ATP Challenger Tour. In addition to more than 20 tournaments on the Challenger circuit, the Next Gen ATP Finals has become a staple in Milan, joining the historic ATP Masters 1000 stop in Rome. And with the Nitto ATP Finals entering the fray in Torino in 2021, the European nation is setting the standard in the tennis universe.

The events provide opportunities for the Next Generation of Italian stars, including the current crop of 17-year-olds moving up the ATP Rankings: Jannik Sinner, Lorenzo Mussetti and Giulio Zeppieri. All three have reached Challenger semi-finals this year, with Sinner the youngest champion in 2019 - in Bergamo - and Musetti the first player born in the year 2002 to win a match on the circuit.

On Sunday, top seed Federico Delbonis clinched his 11th Challenger title, becoming the second Argentine champion in Perugia. The tournament has also featured multiple winners who would go on to crack the Top 50 of the ATP Rankings, including Pablo Carreno Busta (2015) and Laslo Djere (2017). And in 2018, #NextGenATP star Ulises Blanch lifted his first trophy.