For six years in a row, Pete Sampras finished year-end No. 1 in the FedEx ATP Rankings.

Pete Sampras Has One Record The 'Big Three' Won't Touch...

Pete Sampras put together one of the great tennis résumés, winning 14 Grand Slam titles – the most on the men’s side – when he retired after winning the 2002 US Open. In addition: 64 tour-level titles, a phenomenal match record of 762-222 and more than $43 million in prize money.

And then he watched as the Big Three began slowly, inexorably, to hunt down his greatest achievements. Roger Federer won his 15th major at Wimbledon in 2009 and, later, Rafael Nadal and Novak Djokovic also passed him. Last week in Paris, Djokovic clinched his seventh finish as year-end No. 1 in the FedEx ATP Rankings, breaking the record he shared with the American.

But one achievement remains unmatched: For six consecutive years, from 1993-98, Sampras finished the year No. 1. It may never happen again.

“I think,” Sampras said a few weeks ago, starting to laugh, “that’s the only record I’m going to have left.”

You May Also Like: Immersive Feature: At Tennis’ Summit, Novak Stands Alone

“Now that I look back on it, knowing how difficult it is to finish No. 1 once or twice, but to do it six years in a row,” Sampras said, “The consistency that I had, the endurance, the will … I think it is one of my best achievements.

“I always based my year on the majors and the bonus beyond that was to finish No. 1. Novak has seven, but not in a row. Over time, I think it will be tough to break six straight.”

The core of Sampras’ success was winning seven Wimbledon titles and five at the US Open. In 1993, at the age of 22, he won them both and six other titles as well before reaching the season finale in Frankfurt, Germany to earn the year-end No. 1 for the first time. By today’s standards, his ambitious record of 85-16 – 101 matches played – was astonishing. In 2019, before the global pandemic, year-end No. 1 Rafael Nadal played a total of 65 matches. The year before, Djokovic finished on top and played 66.

In 1994, Sampras won Wimbledon again, plus the Australian Open for the first time and the year-end championships for a second. Titles at Wimbledon and the US Open in 1995 gave him a third year-end No. 1. In 1996, Sampras lost in the quarter-finals at Wimbledon but had produced his best-ever result at Roland Garros, the semi-finals, and beat Boris Becker in an epic final at the Nitto ATP Tour Finals. The fifth year-end No. 1 came in 1997, when he again paired Wimbledon and US Open titles in addition to the year-end championship.

“When I did it two, three, four times, I just felt like there was a minute there where I was just really mentally, physically dominating,” Sampras said. “I just felt like I was The Man, from Year Two to Year Five.” 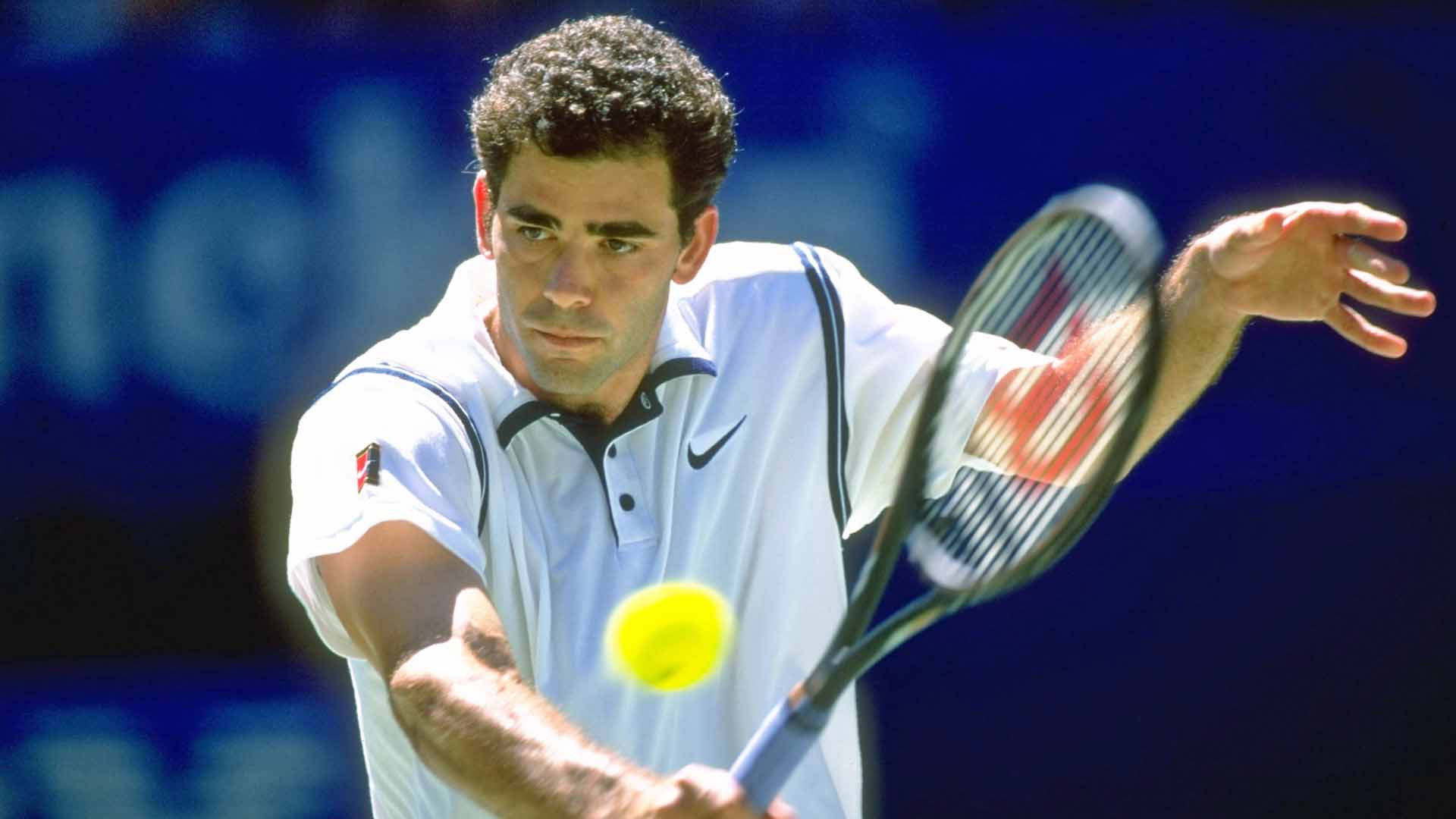 This is the description from an athlete who is in the zone, utterly invincible. He was well aware that he had equaled the record set 29 years earlier by Connors.

“It was being talked about,” Sampras said. “It was in my brain, reminding me every week about breaking that record. So I went over to Europe and I chased it. I stayed over there for another month to get the points, and I was just so wrapped up in that.

“I wanted it, and it was a one-time opportunity and I took advantage of it. I sacrificed and did what I had to do.”

It was a grind. His hastily arranged European vacation consisted of six straight tournaments: Basel, Vienna, Lyon, Stuttgart, Paris and Stockholm. In a brutal span of five weeks, Sampras won 14 of 19 matches and earned 968 ranking points. He won the title in Vienna and performed well in the Masters 1000 events in Stuttgart in Paris. Reaching the semi-finals at the year-end championships was enough (270 points) to get him to No. 1 for the sixth straight year.

“It was me and [Marcelo] Rios, and it was touch-and-go there for a bit,” Sampras said. “You’re just willing yourself to get through some tough times.

“When you finish No. 1 as a tennis player you don’t have a lot of time to enjoy it. Consistently going and going and going – that’s the life I was leading. Once I got to six, I was done. I was done chasing it. I let up a little bit and just tried to win majors. No question, that took a lot out of me.” 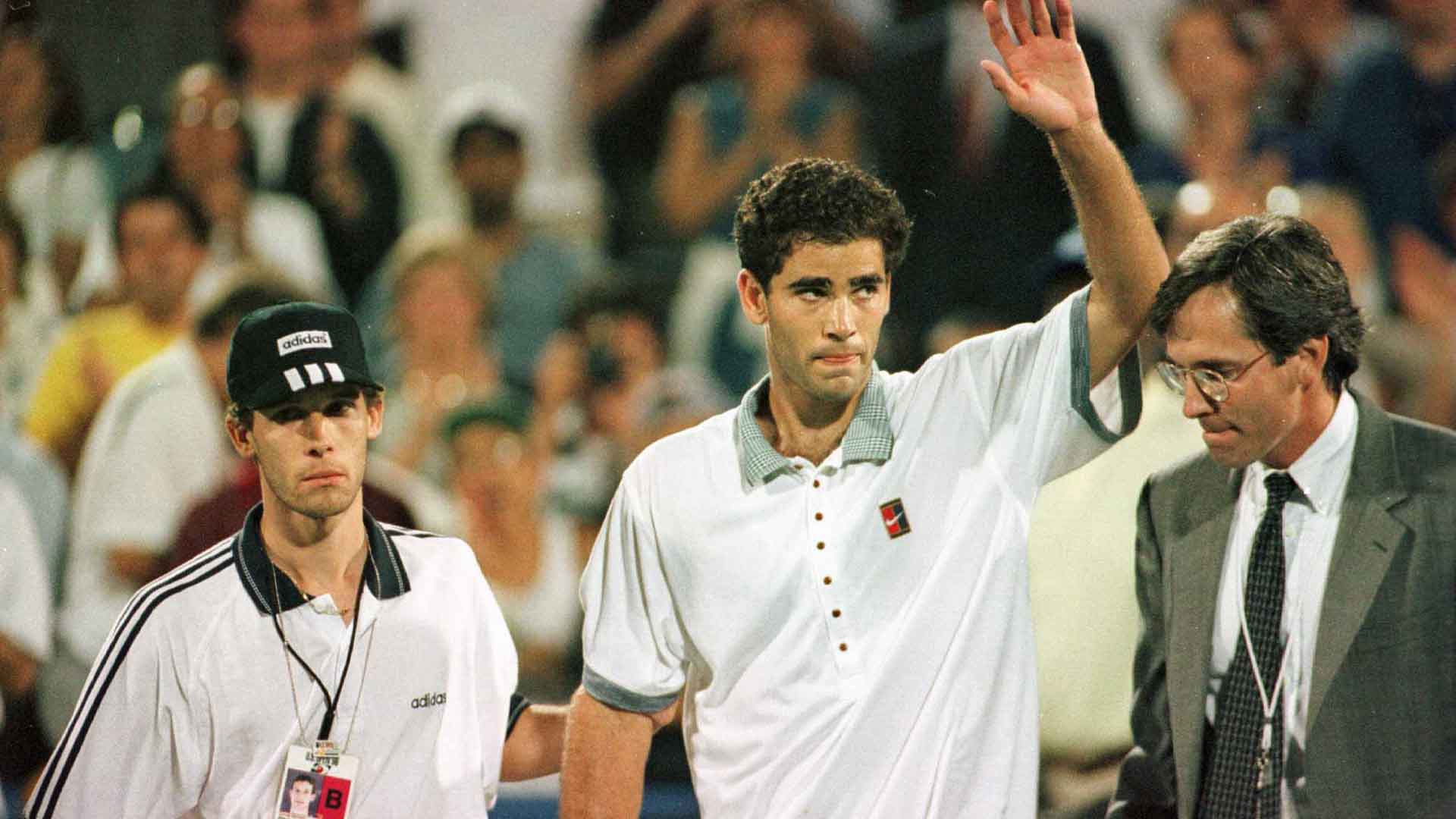 In that glorious six-year sweet spot Sampras collected 43 titles and won 415 of 499 matches (.832). Sliced another way, he averaged seven titles and 65 match wins each year. Only four other players held No. 1 during those six years – Andre Agassi (32 weeks), Thomas Muster and Marcelo Rios (6 each) and Jim Courier (3). It changed hands a total of eight times before Agassi ended Sampras’ run in 1999.

It’s worth noting that Sampras skipped the Australian swing the following year after six straight appearances Down Under because, six weeks after that stint in Europe, he was still “exhausted”.

Would he have won more major titles if he hadn’t pursued the No. 1 with such abandon?

“Well …” Sampras answered. “Maybe, maybe. I was stressed, I wasn’t sleeping well, wasn’t eating like I really should. That’s why I do think I [retired] a little bit on the earlier side. Players today, they’re 38, 35.

“Those six years were tough. Tennis was my life, and sustaining No. 1 all those years I do think it has to be something you really want to do. It’s not handed to you, and it’s harder to stay there than really getting there.”

More than two decades later, Sampras says he has no regrets.

“At the time when I did it, I just did it,” he said. “But now I look back on my career and where the game’s at today – how great Roger, Rafa and Novak have been – to have done it six years in a row, from ’93-’98. I’m glad I sacrificed and chased it a little bit at the end, especially the last year. I feel proud of what I did.