Josh Meiseles
This article contains:
Danilo Petrovic reflects on his road to lifting the trophy in Jerusalem

Five months ago, Danilo Petrovic was at home, deeply concerned that his knee would never be the same. The simplest of tasks proved to be a struggle. Just taking a step and going for a walk yielded great pain and discomfort.

For nearly a decade, the 27-year-old has been fighting to realise his dreams on the ATP Challenger Tour. And it was almost over in a flash. Petrovic was battling a debilitating case of 'Jumper's Knee', a chronic form of patellar tendonitis, towards the end of the 2018 season.


The Serbian had reached his first Challenger final earlier in the season in Puerto Vallarta and was turning a corner in his professional career. But, having also struggled with an ankle injury, his fortunes were shifting towards the wrong direction. That is, until now.

For many players competing on the ATP Challenger Tour, a first title can change everything. Petrovic is hoping it is a new beginning. On Sunday, the Belgrade native had his moment in the spotlight, lifting his first Challenger trophy at the inaugural Jerusalem Volvo Open.

Petrovic has been knocking on the door in 2019 and he would finally storm through, blasting to the final without dropping a set. A semi-final upset of top seed and New York Open runner-up Brayden Schnur was followed by a 7-6(3), 6-7(8), 6-1 victory over Filip Peliwo in Sunday's championship.

"I'm quite happy to be honest," Petrovic told ATPChallengerTour.com. "I knew already for a few months that I could do this. As I was telling my coaches, I was playing well but losing so many tight matches. We were discussing that it's going to come, but just a matter of time."

Petrovic downed a pair of home hopes to kick off the tournament, including top Israeli Dudi Sela, before earning one of the biggest wins of his career over World No. 106 Schnur.

"I played really good this week. After beating Sela in the second round, that was a big moment early in the week. I like big matches and I like playing the top players. I think I don't have much pressure. And Brayden, he has had a great season and almost won on the ATP Tour in New York. His game is big and I know that was the best match I played all tournament. In my head, I didn't have a lot to lose and everything came together. That was for sure one of the best matches I played this year."

After surrendering a set and a break lead to Adrian Menendez-Maceiras in last year's Puerto Vallarta final, he refused to succumb to the same fate on Sunday. Once again, he would concede a break lead in the second set and squandered three match points in the ensuing tie-break, but a frustrated Petrovic channeled his aggression and made the most of the decider. He would take six the next seven games to cross the finish line and lift the trophy.

"Last year, I was a set and a break up in the Puerto Vallarta final, but I lost it. It almost happened again today. I had match points in the second set tie-break and I tried to play it safe and he was playing smart. After that, I got quite pissed and that's what woke me up in the third set. In Puerto Vallarta, I got pissed and blew it, so it played out in a different way. Today, I was pissed in a way that I was ready to fight like hell to do anything to win." 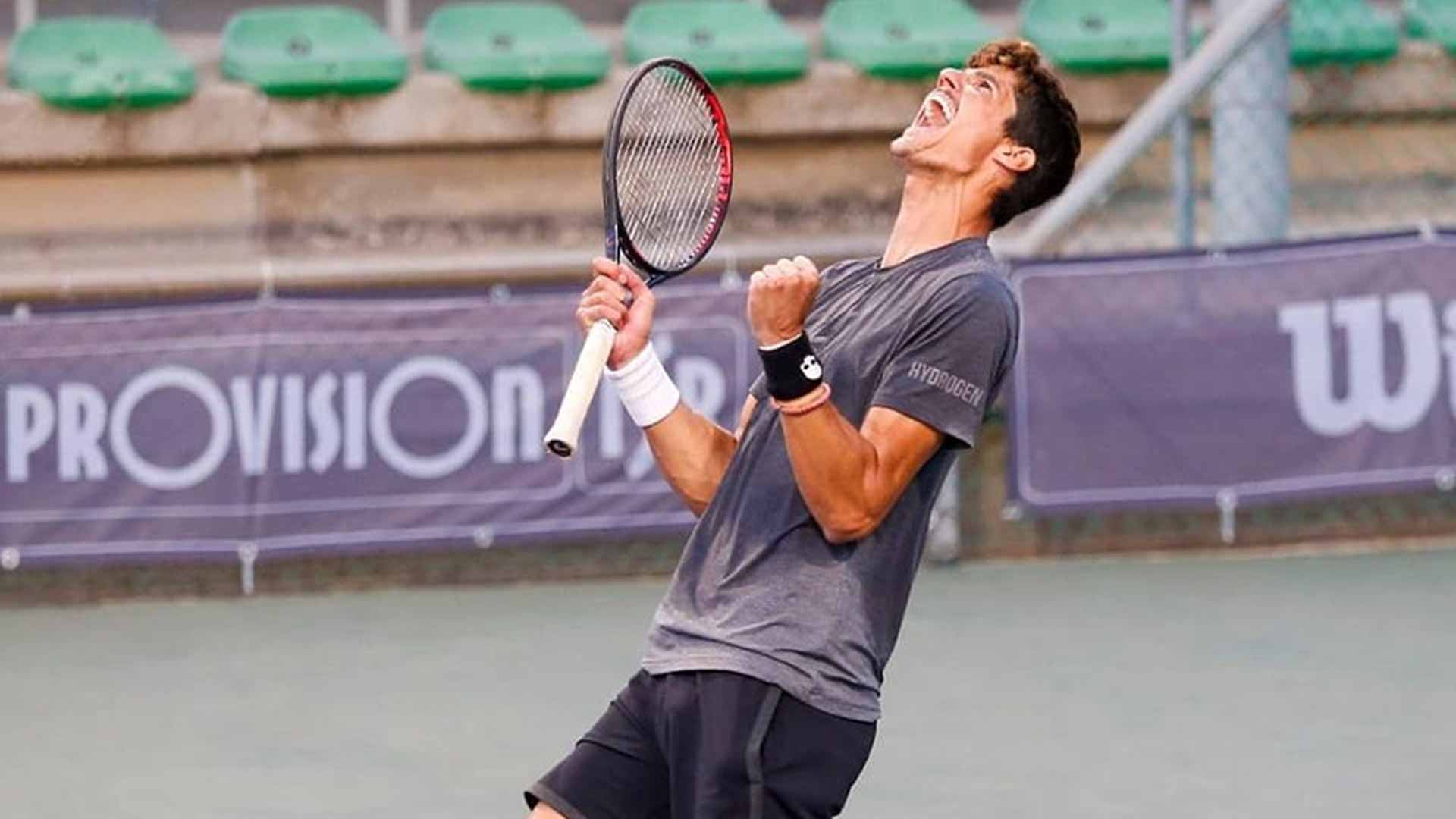 After struggling through a physically taxing second half of 2018, Petrovic is not looking back anymore. With his injury concerns behind him, the Serbian says he can focus on playing his game, which he believes can be a rather formidable force on any given day.

"The end of the 2018 season for me was quite harsh. I should have gotten into the Australian Open qualifying so easily, because I had five months to make 20 [ATP Rankings] points. But I twisted my ankle in Vicenza and didn't play for a month. But I kept pushing it just to get some points and then I got messed up with Jumper's Knee.

"I couldn't play for six more weeks. Some days it would be fine, then others I could barely walk. Honestly, I'm so happy that it hasn't come back because I was so scared. Blaz Kavcic has the same problem and he can't really play anymore. It was a rough end to the season. I was feeling good on the court, but these injuries were really hard on me.

"Even into this year, I was playing good but something happened that would give me an average result. My coaches kept saying that if I won a few matches in a row, this moment would come for sure. That's what happened here. After I won three matches, I was in a completely different mental state. I was pumped again." 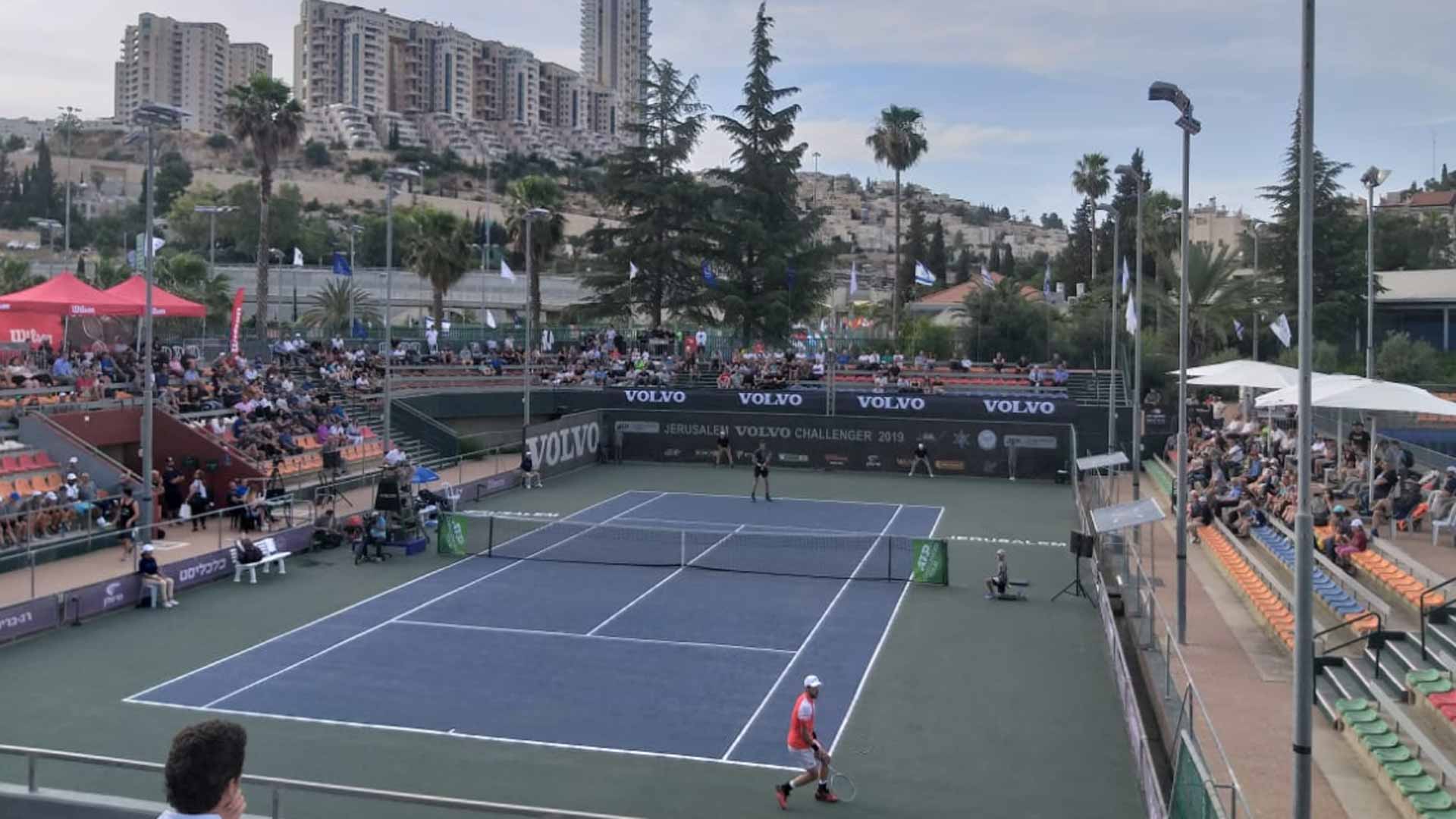 Petrovic, who reached a career-high No. 220 nearly one year ago, is back inside the Top 300 of the ATP Rankings at No. 296. With more and more players proving that age is just a number, the 27-year-old is showing that it's never too late to hit your peak.

One of the more charismatic players on tour, Petrovic is never one to shy away from a good time off the court. When you're traveling the world for a living, exploring the local cultures is an important part of life. Earlier this month, during the Puerto Vallarta Open, the Serbian took in the local sights, enjoying a boat ride across the bay and indulging in an excursion to a nearby waterfall on horseback.

This week, he visited the historic and sacred Old City in Jerusalem. The tournament was making its debut on the ATP Challenger Tour nearly two decades after Jerusalem last appeared on the calendar. Israel last hosted a Challenger from 2015-16 in Ra'anana, with the city of Ramat Hasharon also welcoming players from 2008-10.

"In new tournaments, the people are trying so much to help the players. They were asking me every day what they could do better. And of course I went around Jerusalem, going to the Old City. I think every player in the draw went there. I was there two days in a row. And the Western Wall too."

Petrovic is continuing a trend of Serbian success in 2019 and says he is inspired by his countrymen's breakthroughs. From Laslo Djere's triumph at the ATP 500 event in Rio de Janeiro to Dusan Lajovic reaching the Rolex Monte-Carlo Masters final and Filip Krajinovic surging to the Top 60, many are following in Novak Djokovic's footsteps.

Next up, he is scheduled to play a pair of Challengers in Kazakhstan: Almaty and Shymkent, with the hope of getting into Wimbledon qualifying.