Wimbledon was always Mark Philippoussis’ dream tournament. He fondly remembers staying up late to watch the final as a kid, especially when Boris Becker won the title in 1985 and Pat Cash triumphed in 1987.

That made it even more special when the Aussie reached the quarter-finals at The Championships each year from 1998-2000. Philippoussis’ big serve-and-volley game meshed perfectly with the London grass. But as his career wore on, Philippoussis’ left knee wreaked havoc on his career, leading to multiple surgeries. In 2002, the 1998 US Open finalist dropped as low as No. 148 in the FedEx ATP Rankings.

But one match at 2003 Wimbledon helped remind the world what ‘The Scud’ was capable of. The Aussie reached his fifth Round of 16 at the All England Club, setting a clash against World No. 1 and second seed Andre Agassi. The American, one of the best returners in history, had long proven a foil for Philippoussis’ powerful game.

“With him, there’s no such thing as holding serve comfortably. No matter how big I was serving, if he had a chance to hit the ball, I was going to find it at my toes most of the time,” Philippoussis told ATPTour.com. “Not only did I have to serve as good as I can, but I knew I had to serve aces. It wasn’t good enough just to serve big.” 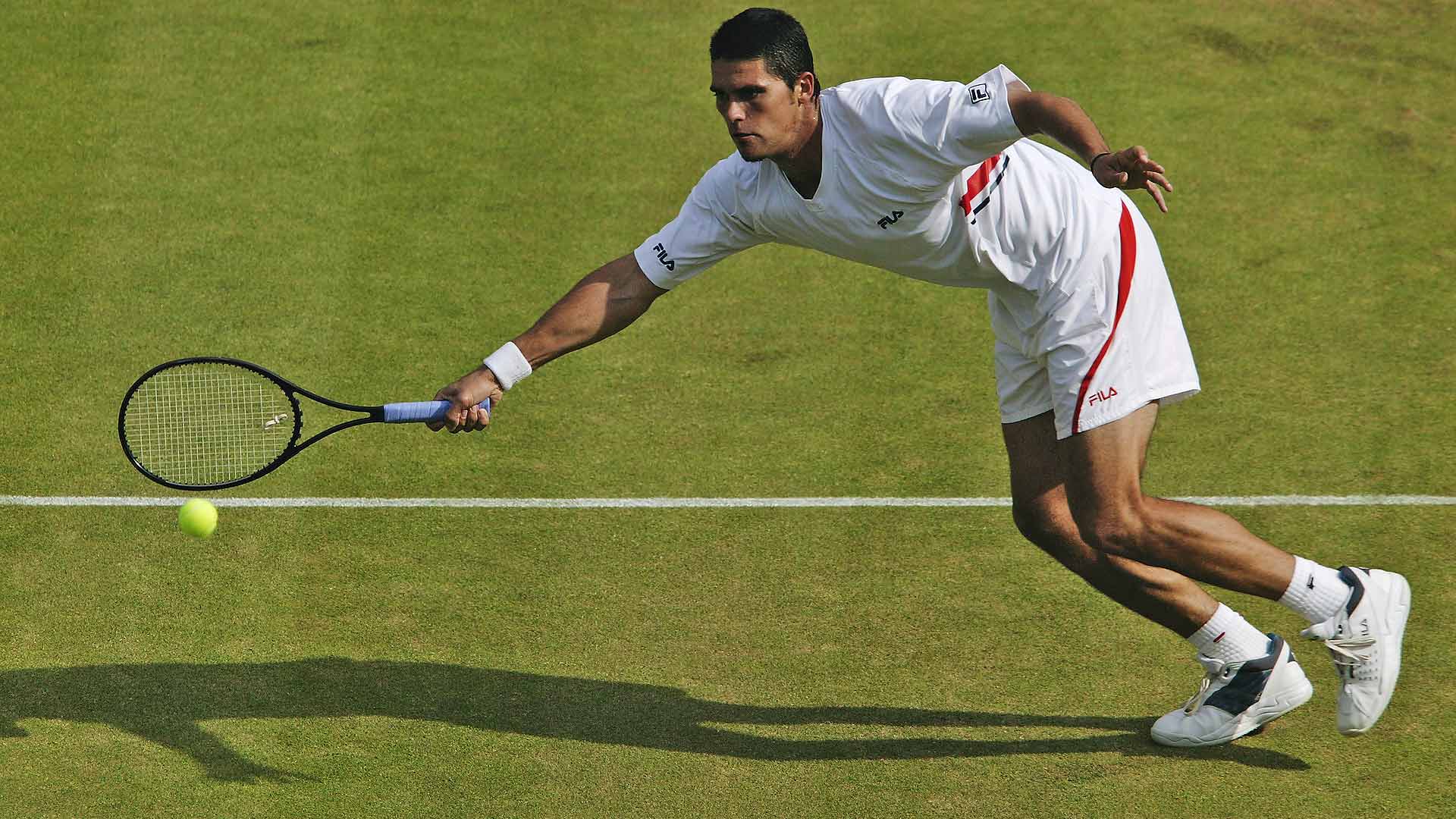 Aces proved vital for the Aussie that day at SW19. The World No. 48 hit a career-best 46 of them to battle past his rival 6-3, 2-6, 6-7(4), 6-3, 6-4, earning one of the biggest wins of his career. The American had defeated Philippoussis in their past six ATP Head2Head meetings, including twice earlier that year, but the underdog’s confidence wasn’t shaken.

“It’s quite comfortable for me to say that when I walked on the court, I never felt like it was about my opponent. I knew it was about me with the tennis I played. I just knew that I had to focus on me,” Philippoussis said. “Especially when you’re playing someone like Andre, it’s even more important to focus on you, because you can’t focus on what your opponent does or what he’s going to do. It’s just losing energy thinking about that.”

That’s why the Aussie didn’t panic when Agassi won a third-set tie-break to take a two-sets-to-one lead. Philippoussis knew if he played his best, the match was still on his racquet.

“It’s just [about] staying in there [and] applying pressure,” Philippoussis said. “I kept playing my game and just hoped that over the match that as pressure built and [I] stayed on him, I’d end up with a little piece of that door opening up and I can kind of get through.”

Philippoussis, who broke in his first return game of the fourth set, believes that was the turning point. The Aussie saved two break points at 2-3 in the fifth set, then earned the decisive break in the next game.

“We both were doing well to sort of give ourselves the chances,” Agassi said. “He ended up being the one to take them in the end.”

Philippoussis nearly suffered a stunning defeat in the quarter-finals, overcoming a two-set deficit against fellow big-server Alexander Popp, the World No. 198.

“Thank goodness I actually had a rain delay and was able to go back in and just get myself together,” Philippoussis said. “I came out flat. After a match like Andre, beating a champion like that, I came out flat and almost paid the price. I wasn’t ready. At the top level, anyone could beat anyone.”

After defeating Sebastien Grosjean to reach his second Grand Slam final, only one man could end Philippoussis’ dream run: 21-year-old Roger Federer, who had yet to win a major.

“Walking into that match, I felt like I was the favourite. We were playing on grass. I don’t care who the person is or what he’s ranked. A couple months earlier I’d actually beaten him in Hamburg where he was defending champion on clay,” Philippoussis said. “I felt confident. I was living my dream.”

Federer defeated Philippoussis 7-6(5), 6-2, 7-6(3) to lift his first of a record eight Wimbledon trophies. Philippoussis was left disappointed, despite a magical run highlighted by his victory against Agassi.

“I’m not going to lie, it hurt,” Philippoussis said. “I got to the final. No one remembers the runners-up. Of course you don’t want to go all that way and lose. It was my second Grand Slam final loss and it hurt, especially this one. This one really, really hurt. I came back from some surgeries, they said my tennis career was over. I worked very hard. It was a beautiful two weeks, but I fell short.”